Mexican hospitality company Mayaland is inviting people to go on tours that use vehicles more commonly associated with spotting rhinos than sighting ruins.

The long-running company has a fleet of vintage Land Rovers that take tourists on excursions in the State of Yucatan, including tours to the Maya archeological site of Chichen Itza, famed for its towering El Castillo pyramid.

Chauffeured excursions use closed-cabin, convertible and pick-up cabin Land Rover Santanas that date back to the 1960s, with Mayaland labelling Land Rovers “one of the most iconic off-road vehicles of the 20th century.”

But why use vehicles that are more than a half century old when new ones are available?

Well, says Mayaland sales director Wilma Herrada Dodero, the answer is a sensible one and a simple one. 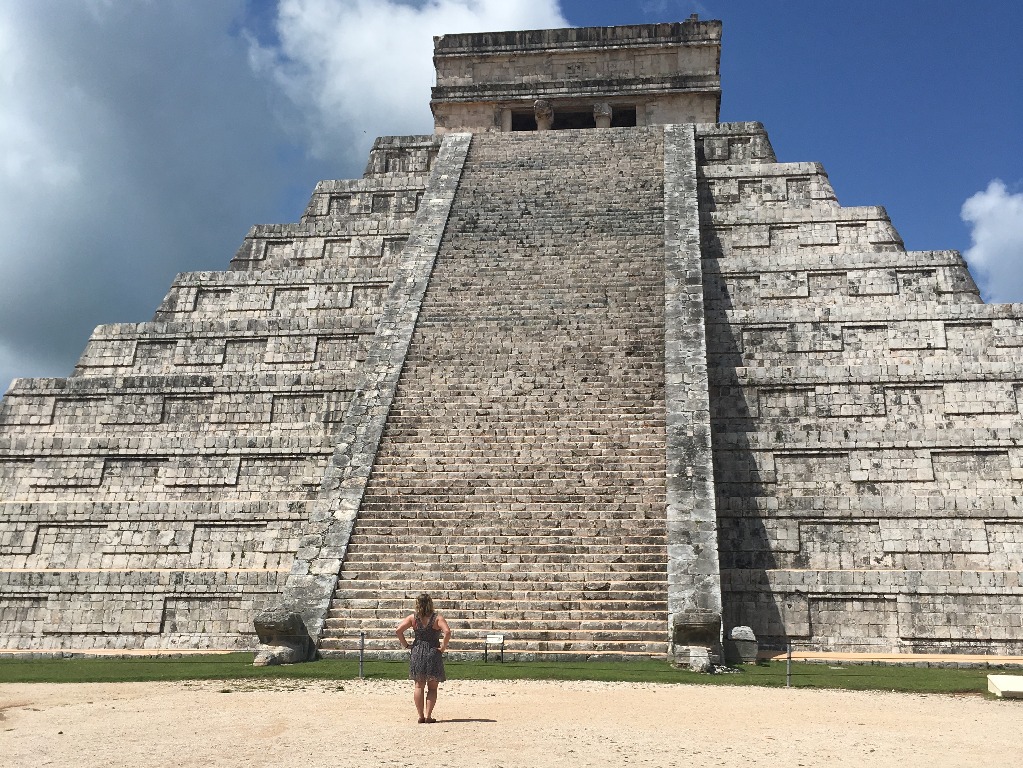 “We use these vehicles because my boss loves vintage vehicles,” she reports.

Herrada Dodero says the Land Rovers — brought to Mexico from Spain — are comfortable and some can carry up to 8 people while delivering them to regional archeological sites like Chichen Itza and Uxmal, and showcasing the area’s “beautiful landscapes.”

The company also has a large Land Rover 101 Forward Control that once belonged to the Australian military.

Herrada Dodero says other Mexican tour companies use four-wheel-drive vehicles like Jeeps but Mayaland is likely the only one using older-model Land Rovers.

The company’s vehicles are serviced by a specially trained mechanic.

Herrada Dodero — whose firm had one of its Land Rovers on display at Mexico’s recent tourism show of Tianguis — says company clients are enthused when they see the Land Rovers, eager to travel in vehicles that date back decades.

Those clients can’t operate the vehicles on highways but can drive along trails on a 200-acre Mayaland plantation if they’re at least 18 and familiar with a manual transmission.

Herrada Dodero has herself driven the vehicles and says operating one isn’t complicated.

Mayaland also has lodging and different tourist experiences in many parts of Mexico. Its website is mayaland.com.