Vinos and dinos? It's a thing in the northern Mexican state of Coahuila

Talk about an unusual wine pairing…

The northern Mexican state of Coahuila — which proudly states in a tourism brochure that The Best Wines Are From Coahuila — is inviting both oenophiles and those interested in paleontology to explore its La Ruta de Vinos y Dinos (the Route of Wines and Dinos), a circuit that showcases wineries and also tells of the creatures that roamed the region tens of millions of years before that wine production began.

The route begins in the state capital of Saltillo and visits the municipalities of Parras, Arteaga and General Cepeda.

Mexican wine tends to get less attention than tequila or mescal but Coahuila proudly notes that its Hacienda Casa Madero is the oldest winery in the Americas, dating back to 1597, with its Spanish founders bringing its grapes from their homeland.

Wine production has flourished in Coahuila’s Valle de Parras, which translates as Valley of the Vines. 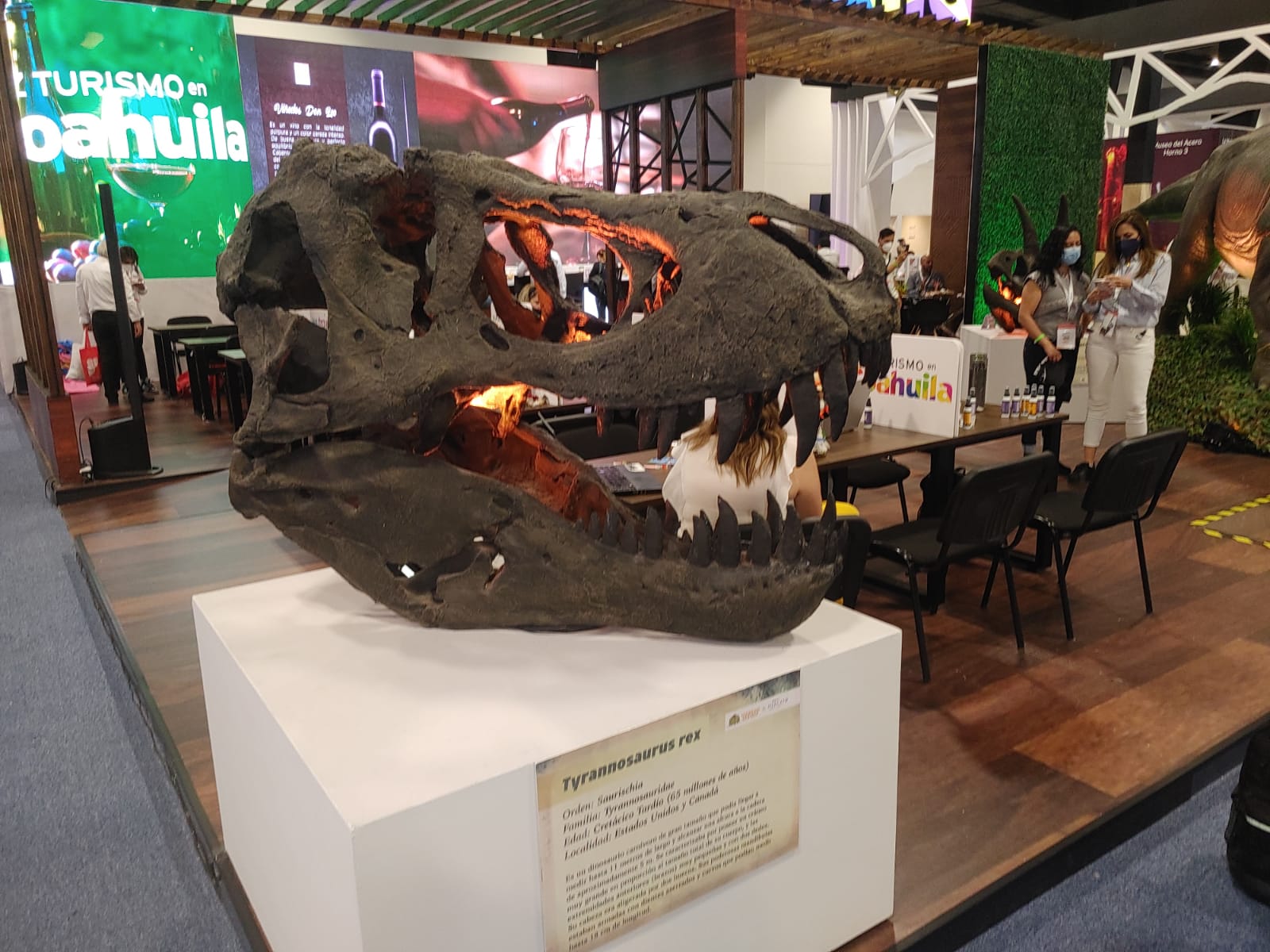 But Moncada Zertuche notes that Coahuila has also served as a paleontologist’s dream, with May seeing scientists report that they found the 72-million-year-old fossilized remains of a previously unknown crested dinosaur.

And in 2014 Mexican and German palaeontologists were startled when they found the fossilized remains of 16 dinosaurs in a “dinosaur graveyard” that measured 50 meters by 200 meters.

The Museum of the Desert in the city of Saltillo is known for its numerous dinosaur displays, including a skeleton of a Tyrannosaurus Rex.  A massive replica of that fearsome carnivore is also found outside the museum. (State tourism authorities displayed a life-size replica T-Rex skull at their stand during the 2021 edition of Mexican tourism show Tianguis and were also distributing bottles of Coahuila wine from a booth in which the catchy Vinos y Dinos slogan was prominent.)

Insights into the “terrible lizards” that long ago called the area home are also found in Rincon Colorado, the first Mexican palaeontology site opened to the public.

“Other states have wine but other states don’t have wine with dinosaurs,” Moncada Zertuche declares. “Both are very important to our state and many people are interested in both.”

More information can be found at vinosydinossaltillo.com.