Take the plunge into water-themed vacations

A deep dive into travel experiences that await water lovers

With three-quarters of the Earth’s surface covered with water you may well think there’s plenty of opportunity for watersports.

And you’d clearly be right.

Travel Courier has found the following ways for your ocean-loving clients to have a great time in some of the world’s great expanses of water: 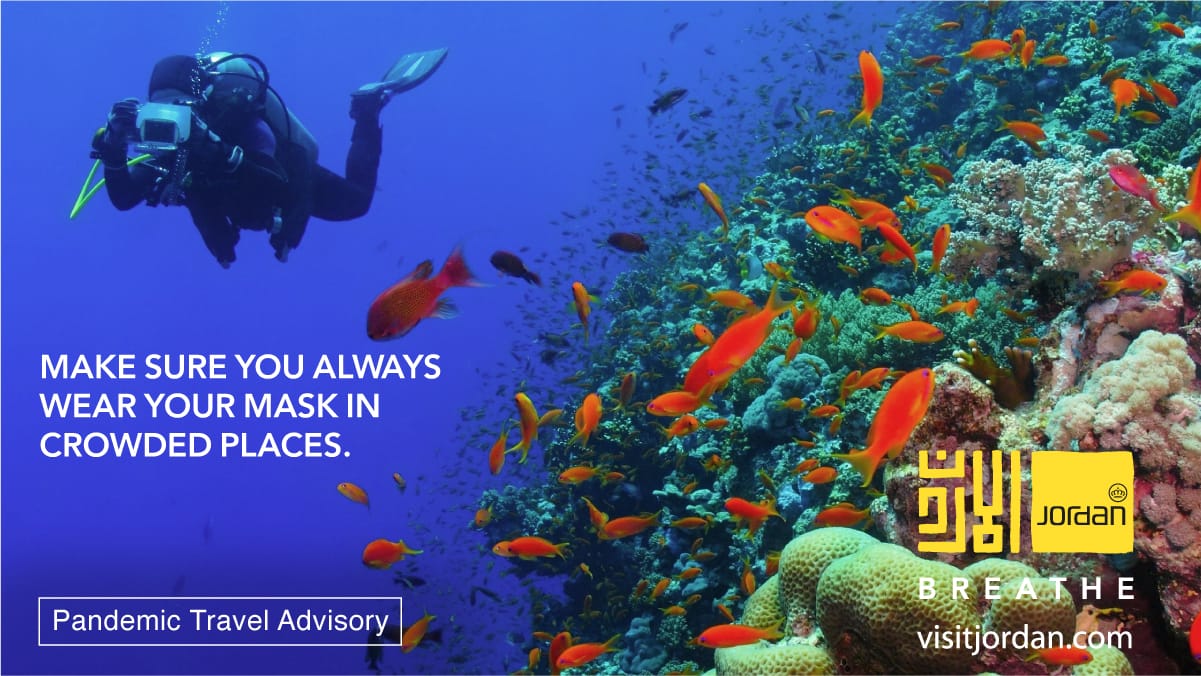 Omar Banihani says many divers aren’t aware of what Aqaba, Jordan, offers those eager to see an underwater world and that is truly unfortunate.

Banihani, with the Jordan Tourism Board, North America, labels coastal Aqaba one of the “best-kept secrets for divers. It is a wonderland for scuba divers,” he continues. “Just off the shores of the Red Sea in Aqaba you can find a colourful coral reef with a thriving biodiversity. It is home to more than 1,200 species of fish, including 44 species of sharks. The coral reef in Aqaba is part of the Red Sea’s coral reef ecosystem that stretches for 1,240 miles.

“What makes diving in Aqaba so great is the fact that the water temperature stays at around 66°F year- round, with more than 20 dive sites. You can find all the dive sites through this link.”

Banihani says avid divers know about the diving in Aqaba, but it can be a challenge sometimes to promote diving in the destination when the focal point of travellers visiting Jordan is Petra and other historical sites

“But in recent years, we have had a great increase in diving experiences in Aqaba, with multiple diving centres and training opportunities for the beginners,” he adds. “I hope to see more travellers diving in Aqaba.” 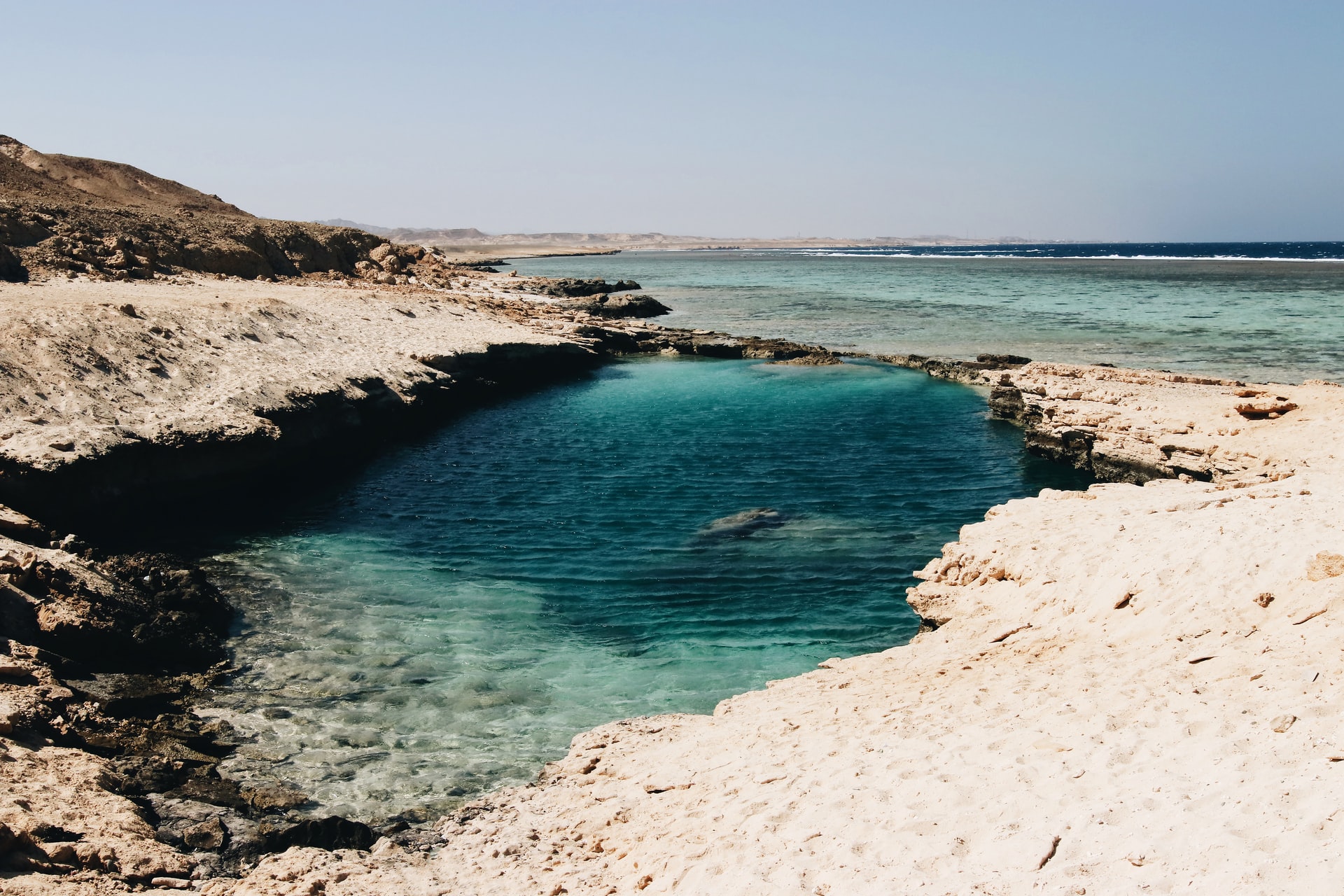 Jordan isn’t the only country inviting tourists to enjoy the Red Sea, with Egypt having built many resorts on its Red Sea coast, notes Sally Mikhail of GMTours.

“The best beaches in Egypt are located  along the Red Sea, situated between the Arabian Peninsula and Africa. The Red Sea is an epic scuba diving destination. Sharm El Sheikh is  one of  the popular names. It’s  a hotspot for diving and snorkeling, has astonishingly turquoise water for swimming and exploration or climbing up the cliffs for an amazing view.”

Mikhail says the development of Red Sea resorts underscores how Egypt is diversifying its tourism trade.

“Egypt is famous for its ancient civilization that evokes images of the Pyramids, Sphinx and mummies but in the late 1970s and early 1980s popular Red Sea resorts were popping up like  mushrooms, attracting European sunseekers by droves. In recent years and just before the pandemic hit in the spring of 2020 the number of beach goers in Egypt topped 11 million visitors. Many of the resort beach towns strung out across the long swath of Egypt’s Red Sea coastline are within day-trip distance of the temples and tombs of Luxor, making them a perfect  visit for both worlds.  They’re often overlooked and overshadowed by Egyptian history.” 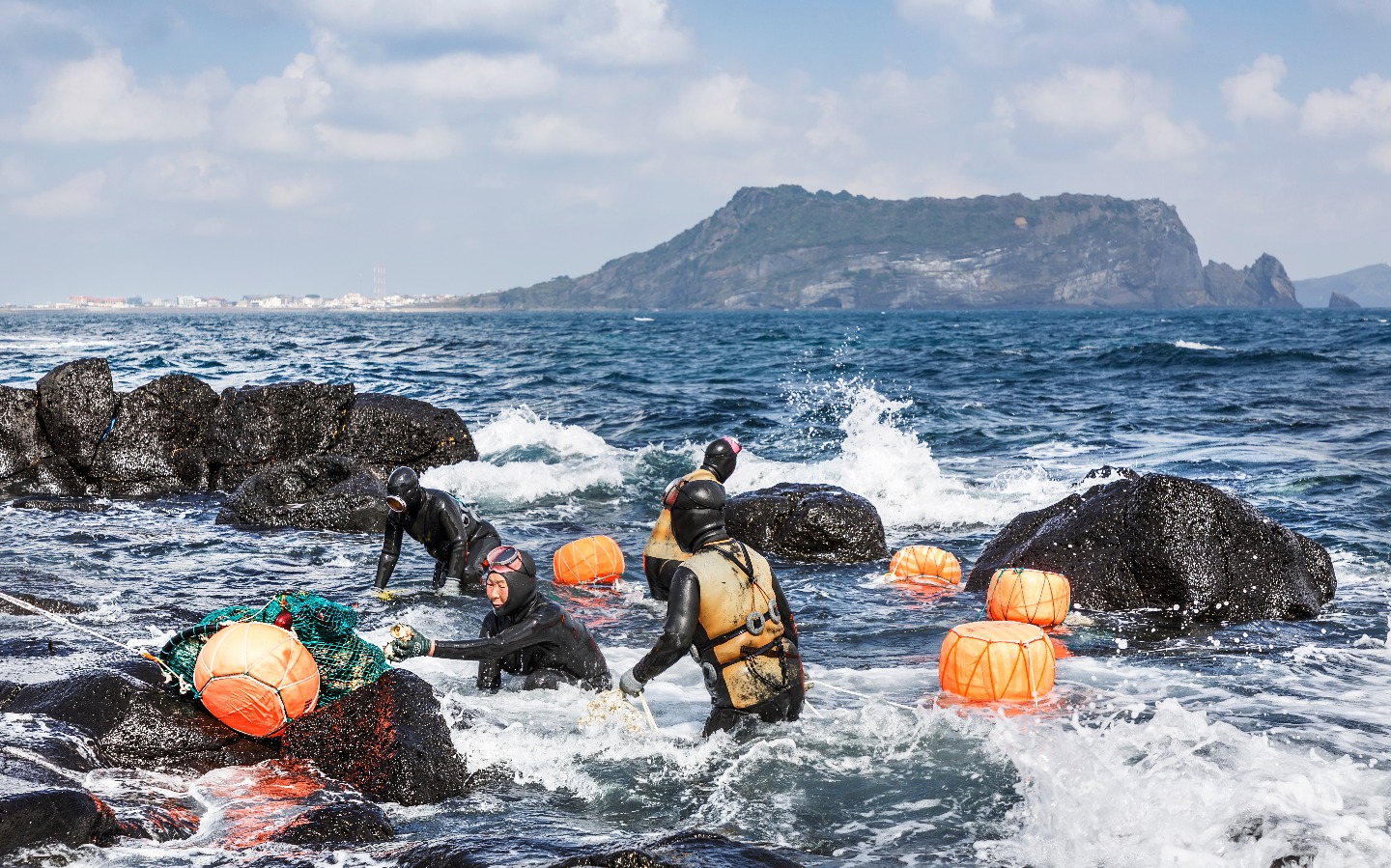 Randy Snape wants Canadians to realize Korea has a great spot for those seeking a tropical experience ringed by alluring ocean water.

“Skin diving on Jeju Island with the Mermaids of Jeju is such a unique experience,” he states, adding, “To be able to go diving for sea urchin and other delicacies with the diving women of Jeju and learn their craft” is certain to be fascinating. “Traditionally, it is the women of Jeju who do the diving on the island. However, the trade is slowly dying out as there are less than 5,000 Haenyeo left and fewer than 100 are less than 50 years old, with the average age of the divers over 70.

“There are many places to go snorkeling and diving around but Jeju is the only place in the country where you can go diving with the women divers of Jeju. The island is perfect for water-based sports because of the natural formations around the water, the warm weather and the variety of sea life. Jeju is also home to sea walking, paddleboarding, surfing, kayaking and much more.”

“Canadians are often too busy exploring culture, food and history leaving little time to explore what the waters of Korea have to offer,” he says. “There is simply so much to see and do that one trip is often not enough.”

There's more to Varadero than the beach 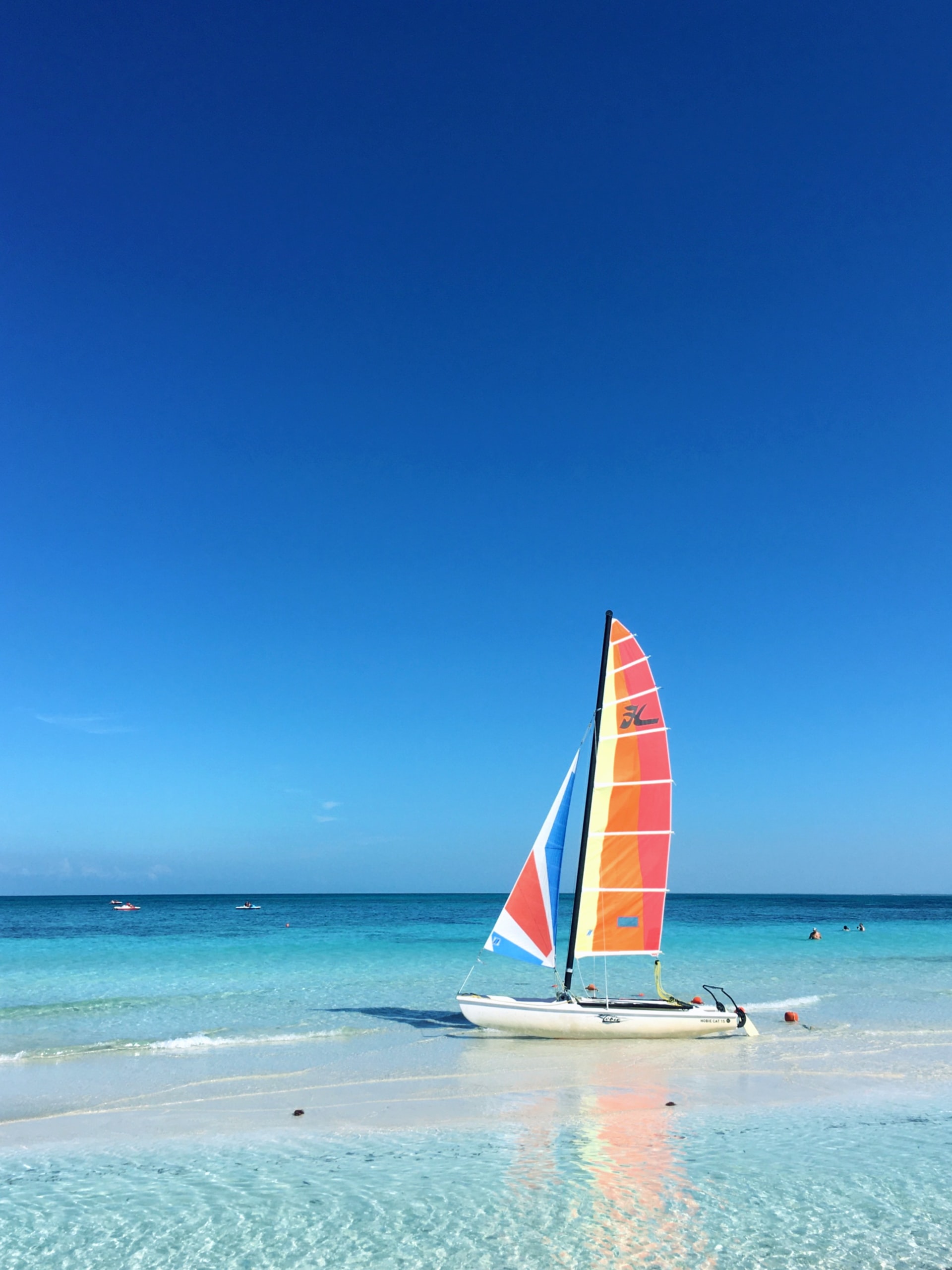 Eloy Govea says those visiting the popular Cuban resort of Varadero will find there is plenty to do on and under the water, thanks in part to its having two international marinas, one run by Marlin and the other by Gaviota.

“The peninsula is pretty large,” notes Govea, who once ran the Cuba Tourist Board’s Toronto office and is now working in tourism in Havana. “It has more than 20 kilometers of white-sand beaches, which is impressive in itself. And not just any beach. Varadero is hands down one of the top beaches in the world.

“Off the shores, not too far away, there are two interesting spots to relish marine nature. In Cayo Piedras, scuba divers will find some artifacts submerged, including a gunboat and an AN-24 aircraft, which have become home to colorful marine flora and fauna.

“On the other hand, for those seeking a more relaxed experience, Cayo Blanco is a fantastic option. This is a key where it is possible to swim, snorkel and scuba dive through black corals. A catamaran with an open bar gets you there, and the buffet restaurant on the key offers lots of seafood. I myself have done the excursion and had a fantastic time.” 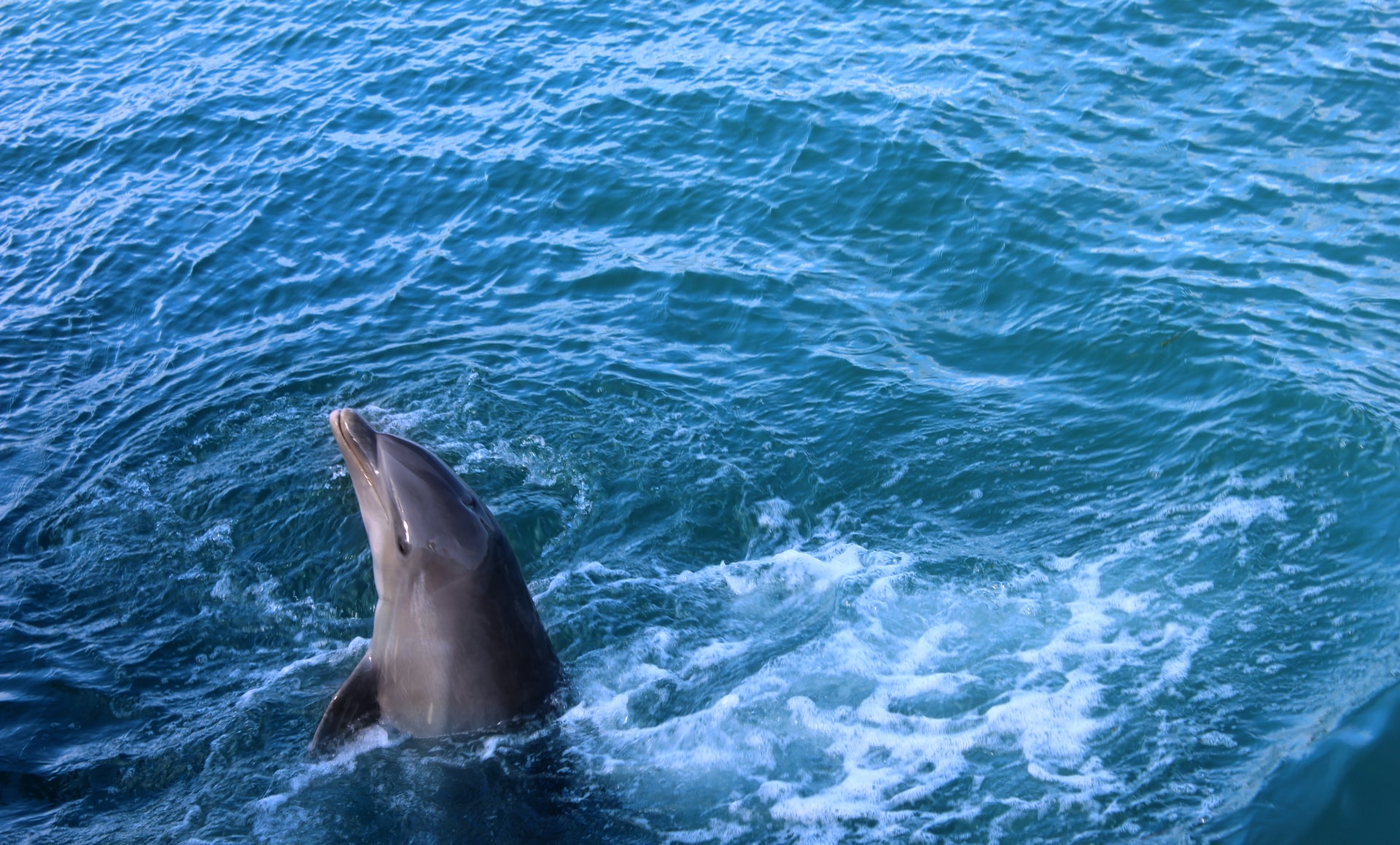 Meanwhile, Govea is quick to identify some other particularly interesting places.

“One of them is Punta Maya, located around 30 kilometres west of Varadero,” he says. “This is the eastern end of a fortification system on the Bay of Matanzas, dating back to the colonial era. Not many people go there, which is good and bad. Good because you can appreciate an untouched architectural relic, highlighted by its lighthouse, and a rich, equally unspoiled, marine ecosystem. So, the experience is as exclusive and authentic as it can be.

“Bad because Matanzas is en route between Havana and Varadero, and visitors tend to go from A to B as quickly as possible. Thus, the Athens of Cuba is the gem that not many get to see, even if it is before their eyes.”

“It takes a couple of hours to get there from Varadero, but it is worth it,” he says. “This is the largest and best preserved marshlands in the Caribbean basin, and it is a true splurge for nature lovers. It is also the place where the famous and ill-fated Bay of Pigs invasion took place. There are more than 30 fantastic diving spots here, Punta Perdiz and Cueva de los Peces being favourites.”

Work, Learn and Play in Hawaii 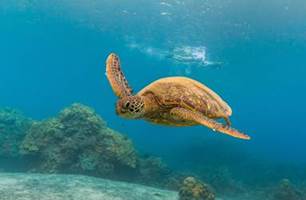 Hawaii’s PacWhale Eco-Adventures says Hawaii vacations shouldn’t be all work and no play.

Nor do they have to be all play and no work.

The social enterprise solely owned by Pacific Whale Foundation, a nonprofit organization dedicated to protecting the world’s ocean and marine wildlife, offers visitors its Work, Learn and Play from Sea Package. Those visiting Maui will be able to spend the day out in the water, soaking up the sun while being on a 65-foot double-decker power catamaran for seven hours.

The Work, Learn and Play from Sea Package includes:

Work: Attendees will have a workspace set up that includes a desk, WiFi access, charging station for electronic devices, and office supplies including pens, whiteboard and markers, and recycled paper notebooks. It is also the perfect location for students to do online schooling.

Learn: Guests will be taught by a certified marine naturalist about the beautiful ocean and its wildlife. The programs are taught based on nearly four decades of marine research and ecotourism experience.

Play: Participants will be able to snorkel and explore Maui’s most vibrant coral reefs, see volcanic craters, and have the chance to encounter wild dolphins and sea turtles in their natural habitat. During their trip, they will also be served sustainably produced, locally sourced food.  Alcoholic drinks, including the local Maui Brewing Co. beer, wine, tropical cocktails and other mixed drinks, are also included.

Industry works hard to make the world a better place