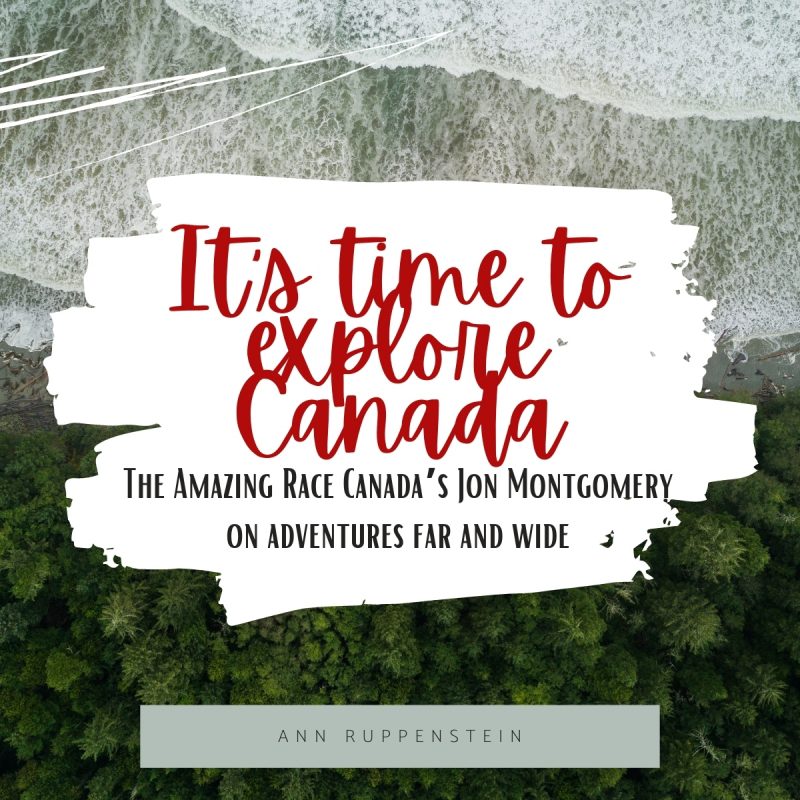 Jon Montgomery has been exploring Canada since the tender age of two months old when his family headed out on the open road from Russell, Manitoba to B.C. with an RV trailer attached to their van in the summer of 1979.

“My interest in RVing was developed from the real formative age of two months old and I’ve been doing it ever since with my family and now with the family that my wife and I have created together,” Montgomery, the host of The Amazing Race Canada who now calls Victoria home, tells Travel Courier. “We very much enjoy getting out here on Vancouver Island as well as any opportunity we get to drag the trailer and get off the island eastward towards where we grew up — Alberta for her, and Manitoba for me.” 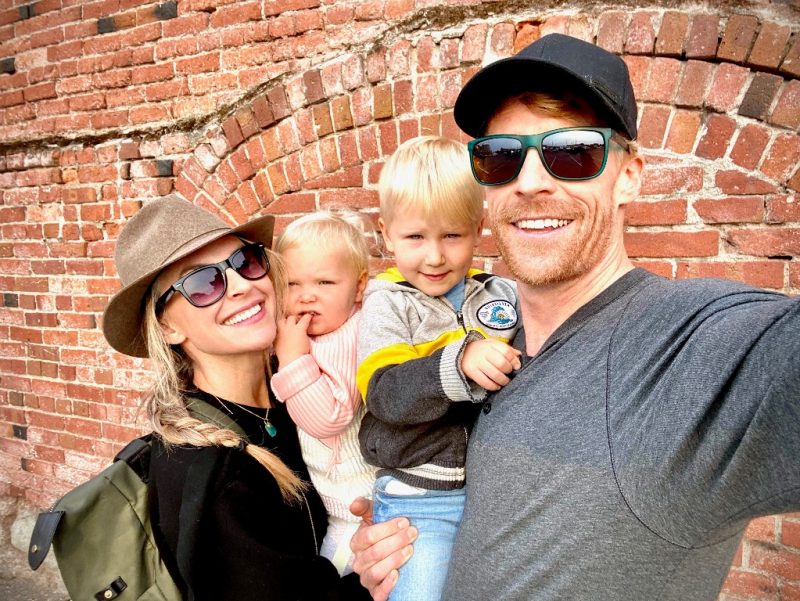 Now that the Olympic gold medalist skeleton athlete isn’t racing against the clock, Montgomery has become an ambassador for exploring Canada.

“RVing allows you to slow down. To do things at your own pace and at a pace that allows you to soak in the moment,” he says. “[To get] a sense of connection to the local culture and the people. Ultimately, what makes any place great isn’t necessarily the incredible diversity of the surroundings, but it’s the people that amplify the surroundings. That’s what gives that je ne sais quoi to a place.”

To help fuel domestic travel from coast to coast, here are some of Montgomery’s favourite memories and places to explore in Canada… and what makes those destinations special. 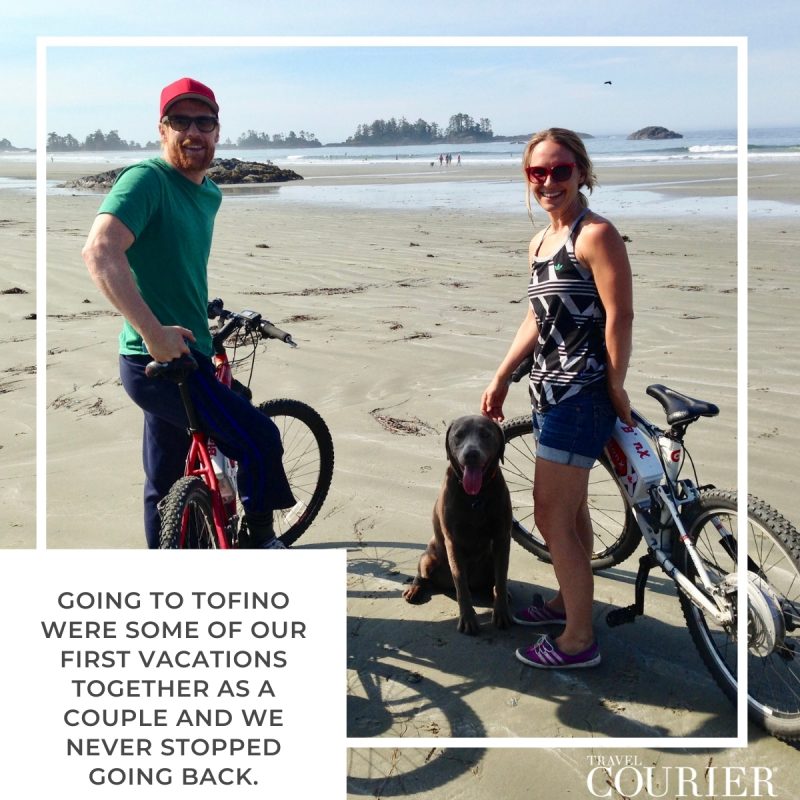 Soak up the scenery in beautiful B.C.

Montgomery met his wife Darla in 2006 when the pair were skeleton athletes training in Calgary. At the end of the season they would head to B.C. to wind down — and to enjoy the more temperate climate after running around in speed suits during the cold of winter.

“We would love getting out to Vancouver Island,” he says. “Going to Tofino were some of our first vacations together as a couple and we never stopped going back. Getting to do it now with kids in an RV is even more exciting.”

Today, the pair have settled on Vancouver Island and enjoy experiencing it in different seasons.

“We got married in Kelowna in the interior, we love Squamish, we live on Vancouver Island and the Whistler corridor, the Sea-to-Sky highway area, even up as high as the Chilcotin, is some of the most spectacular terrain, some amazing vistas. The coastline is spectacular for those who haven’t experienced it, it’s definitely a bucket list type item to experience out here in BC.” 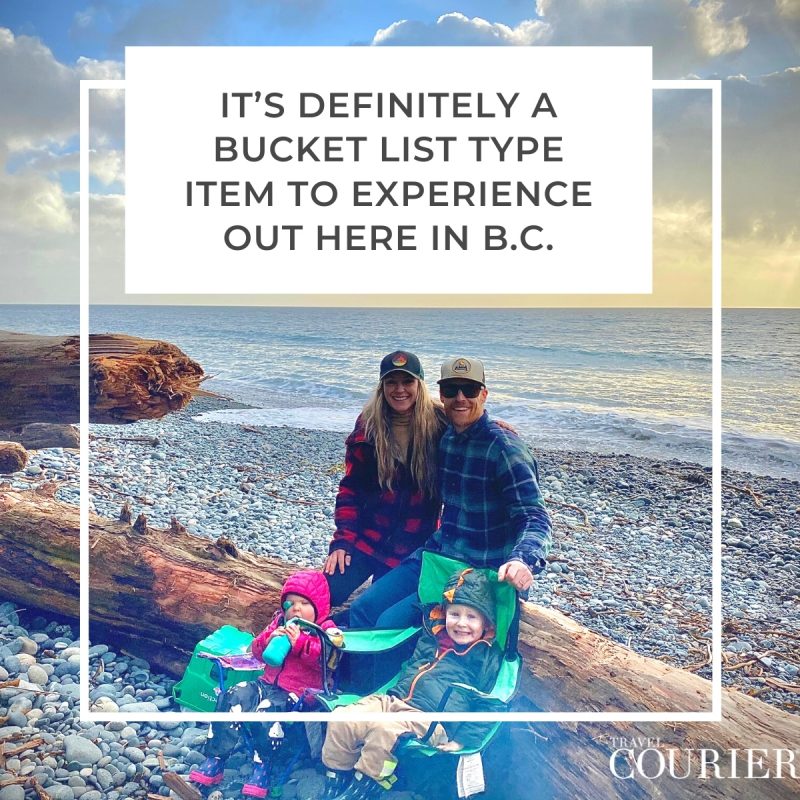 Meet salt of the earth people on the East Coast

To this day, Montgomery thinks fondly of his trip across Atlantic Canada at the age of 13. Taking in the coastlines of Newfoundland and Cape Breton Island, including the Cabot Trail, and seeing the ocean were some of the highlights of the family adventure.

“It’s raw and rugged and dramatic and breathtaking. These are only some of the adjectives that I can even conjure at this moment to try and paint a picture that’s still ever present and vivid in my mind’s eye about that experience as a 13-year-old,” he says.

Montgomery says he’s a big fan of travelling with an RV because it allows for more time to reflect and connect as you explore at a less hurried pace.

“The way you are able to experience the local culture is a lot different than travelling by any other means I find. RVing doesn’t seem to be as hurried or frenzied,” he says. “I’m a Manitoba boy, I live on the West Coast, I got my education in Ontario, I’m spiritually connected to the North, yet I don’t think there are better people than in Atlantic Canada. They’re the salt of the earth. I love the approachable nature that they have about them, their sense of community and camaraderie. Their pride in their Atlantic roots, these are all things that resonated with me even as a 13-year-old.” 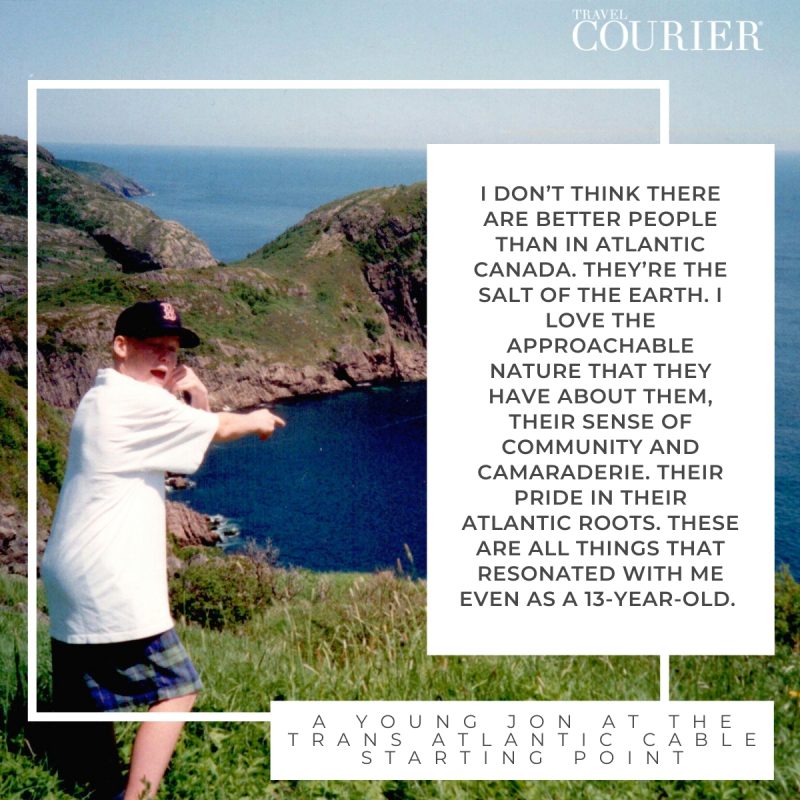 Sundown in the Paris of the prairies

Growing up in Russell, Manitoba, Montgomery spent a lot of time in the great outdoors at Lake of the Prairies and Riding Mountain National Park.

“RVing in Manitoba and around my neck of the woods is prolific,” he says. “We have amazing opportunities to engage with the natural spaces around us because they are in abundance in the prairies.”

These formative experiences also helped fuel his passion for discovery later on.

“I cut my teeth in high school doing park maintenance at Asessippi Provincial Park so my love of weed eating and trail trimming and bathroom painting stems from those summers in high school being outside and working with my close friends and having the time of our lives,” he says. “And then when you develop a taste for something you want to see what it is like elsewhere like down east in southern Ontario when we were in college doing it on really shoestring budget explorers there. All the way to still be imbibed with this passion in my now, we’ll call me early 40s.” 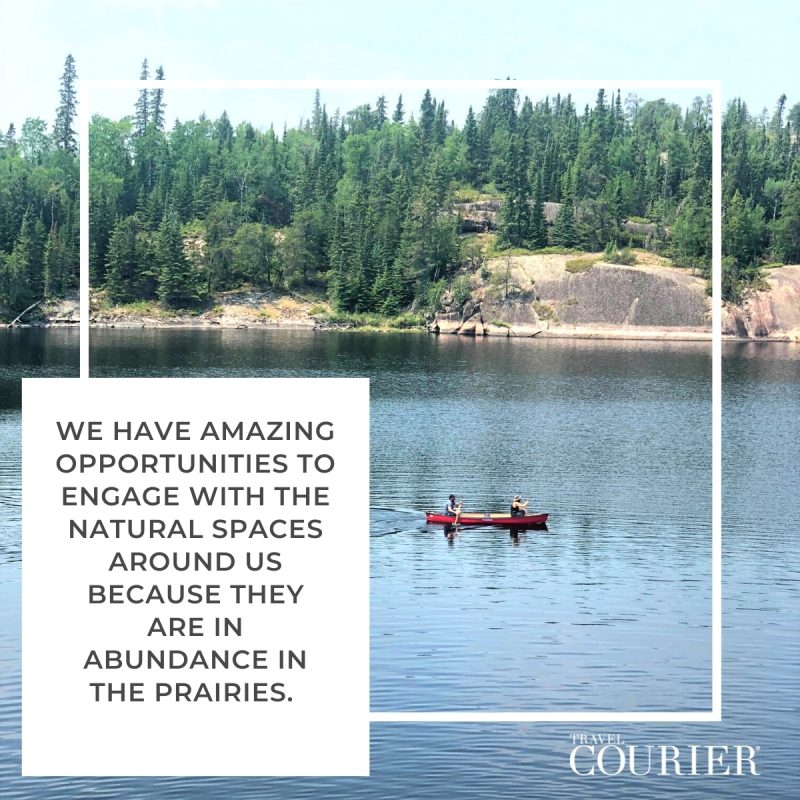 In addition to packing a good attitude and an axe, Montgomery points out that exploring Canada is about so much more than the sights.

“The real benefit to exploring Canada isn’t just a way to be entertaining yourself and having a moment of joy or getting out there, it’s what you bring back with you. It’s what you are left with when the experience is over. All of those things I just mentioned are reason enough to do it, but how you are altered after is the true gift of getting out there, of exploring and connecting. I think that exploring your own backyard is a healthy way of filling your lungs with clean and pristine air, learning something you didn’t know before and then having gratitude for this great country of ours.” 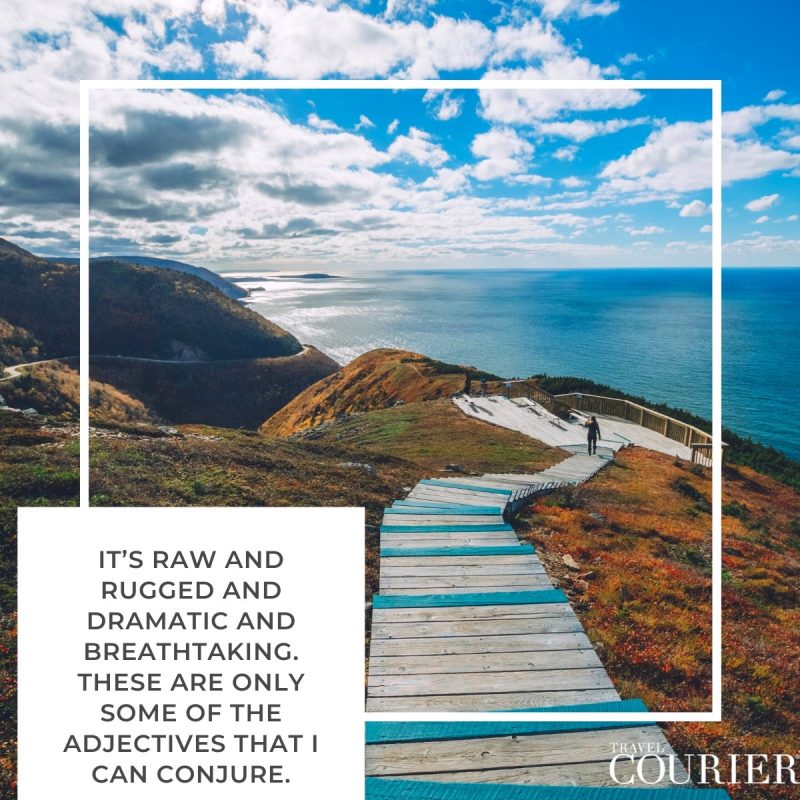 Inspiring Canadians to explore their own backyard

For those clients seeking to hit the open road and explore Canada this year, Jon Montgomery has partnered with Go RVing Canada to put together four custom RV trip guides. Here’s some inspiration for heading out on the highway!

● From Sea to Sky: RVing Across BC with Jon Montgomery

● Across the East Coast in 10 Days with Jon Montgomery

For more on domestic travel, check out this story with tips from Canadian travel agents.

Lessons for the future