AmaWaterways sails into the Western Hemisphere

AmaWaterways and Metropolitan Touring want to introduce river cruise enthusiasts to some of their Colombian feathered friends.

AmaWaterways – which has been offering river cruises in much of Europe and parts of Asia along with Egypt – will begin sailing Colombia’s Magdalena River in December 2023, marking the company’s debut in the Western Hemisphere.

AmaWaterways has teamed up with Ecuador-based Metropolitan Touring, which has long been offering Galapagos Islands cruises and other travel experiences in Ecuador, Peru and Colombia.

“We cannot wait to show this rich destination to our guests,” AmaWaterways cofounder Kristin Karst said of the upcoming Colombia program during a recent news conference.

A new custom-built, all-suite AmaWaterways vessel will be sailing the Magdalena on what the river cruise company says will be the first luxury sailings on the waterway. 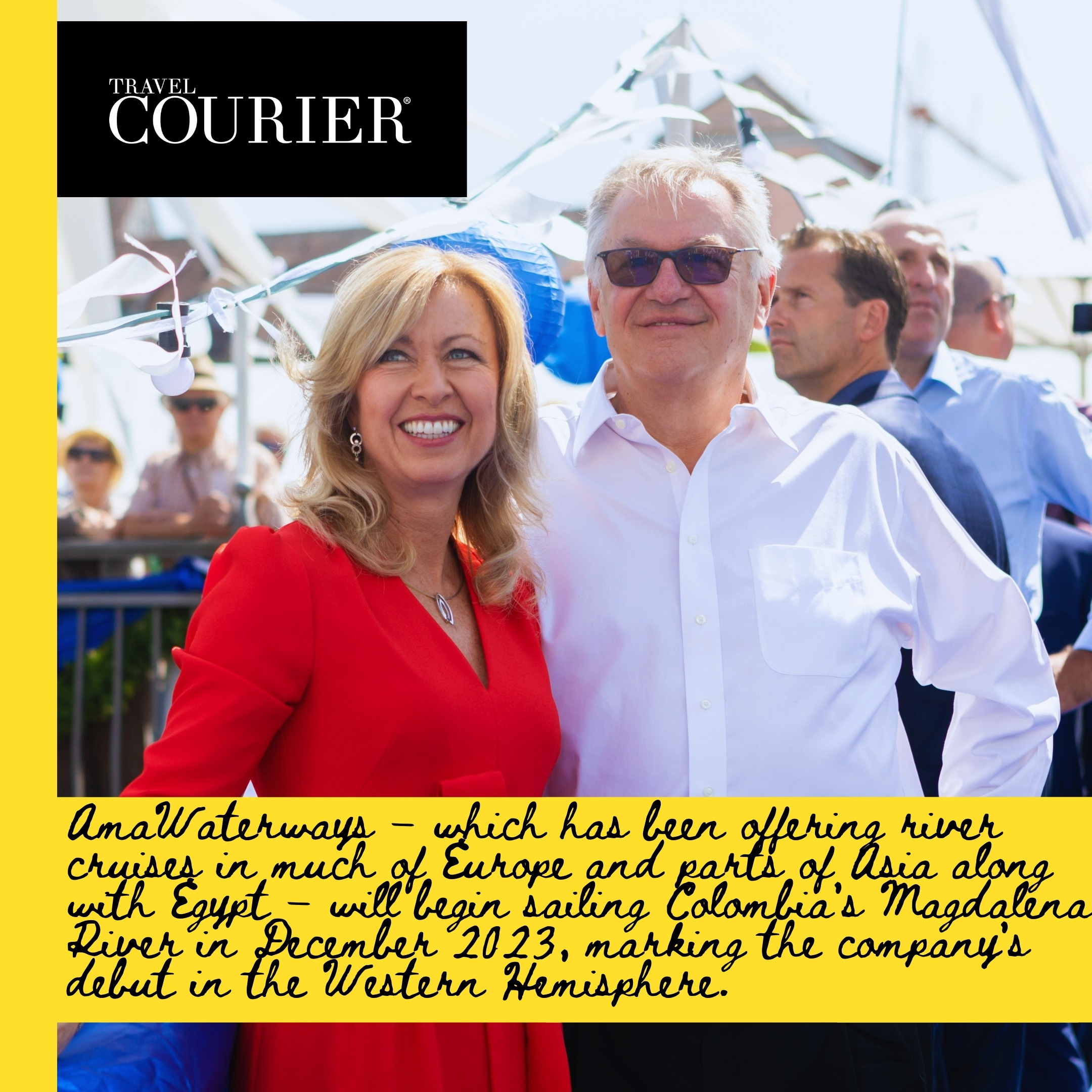 Passengers will see both coastal cities and the Colombian interior.

“Not since my early university days of exploring the Amazon River have I felt the excitement of discovering a new destination that is so rich in biodiversity and culture as I found on the Magdalena River in Colombia,” said Rudi Schreiner, president and co-founder of AmaWaterways. “I’m absolutely captivated by the rich history, wildlife and friendly welcome that awaits our guests when our intimate, all-suite ship sets sail in December 2023.

“I feel it is the prime river in Latin America which combines culture and nature… There’s a perfect mix.”

Guests will be able to choose between two seven-night itineraries with pre- and post-cruise land programs exploring the Magdalena River and delving into Colombian culture and nature. 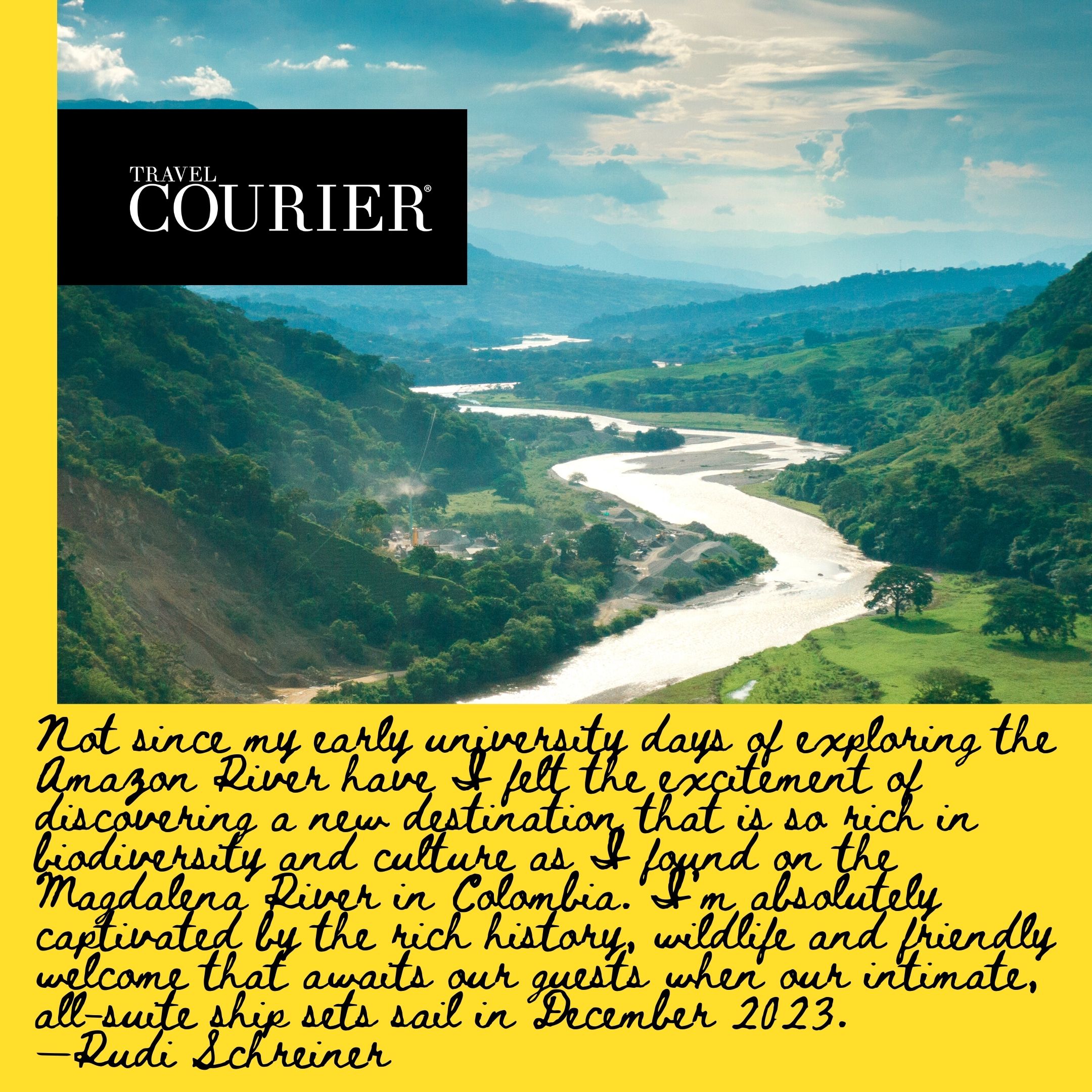 Accompanied by a team which will include a wellness manager, passengers on the Magdalena River will see local nature, wildlife, culture, flavours and local people, and can opt for such activities as kayaking, hiking and birdwatching.

Metropolitan Touring – in business for 68 years and which describes itself as having a pioneering Galapagos presence – says Colombia is well-suited for nature enthusiasts, with, for instance, the country having some 2,000 bird species.

“If you want to see birds and many bird species, this is the place,” said Metropolitan Touring chairman Roque Sevilla, who praised Colombia’s “astounding” biodiversity.

Passengers will also see the Caribbean Sea-fronting city of Cartagena, which has an old quarter that has earned United Nations World Heritage Site status because of its Spanish colonial architecture.

Another city that will be viewed is Barranquilla, which is also on the Caribbean coast and is known for its festive ambiance. 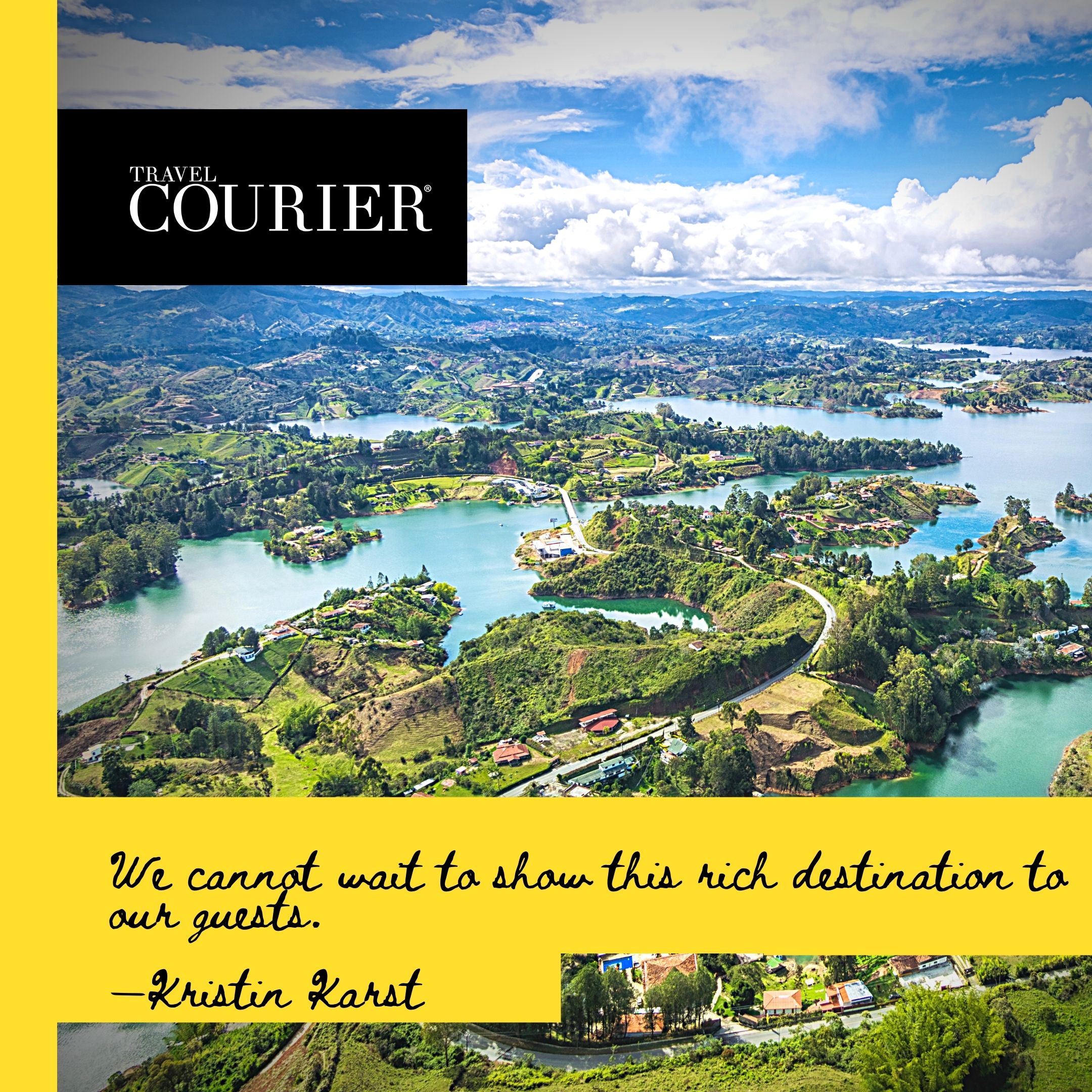 “AmaWaterways and Metropolitan Touring have together created a unique river cruise and land program that will immerse travellers in the beauty of the ‘River of a Thousand Rhythms,’” said Camilo Calderon, general manager of Metropolitan Touring Colombia. “Our guests will enjoy the modern comforts of an upscale river cruise ship, with exclusive experiences and unparalleled service, hallmarks of both companies, to the very heart of Colombia’s soul.”

Meanwhile, AmaWaterways says it is rebuilding its operation, with seven ships sailing this month, and more being added in both August and September. The lion’s share of the company’s sailings are in Europe.

Travel advisors are ready to get back on the road