Jamaica: A story of resilience on the road to recovery

If you ask Edmund Bartlett to tell you Jamaica’s pandemic story, he’ll point out that it’s a story that began back in 2017 or 2018 when the Global Tourism Resilience & Crisis Management Centre (GTRCMC) was established.

Bartlett, Jamaica’s Minister of Tourism, was the driving force behind the GTRCMC’s creation, recognizing that Jamaica – not to mention the Caribbean region – had experienced more than its fair share of crises over the years.

Having experienced mega-hurricanes, volcanic eruptions, viral epidemics – like chickungunya and H1N1 – Bartlett knew that a centre that tracks, manages, mitigates and helps a destination recover from disruptions that upend and threaten the tourism industry and economic activity was badly needed.

With the centre in place, Jamaica’s Minister of Tourism observes that Jamaica had been able to deal with a number of crises prior to the arrival of SARS CoV-2 and as a result had “developed a sense of crisis management.”

“When the Wuhan event occurred and the virus started to spread, in January [of 2020], we established a Crisis Management Task Force, so by the time March [2020] came and it [the Wuhan event] was declared a pandemic, our task force morphed into a Recovery Task Force and it set out to develop the protocols and find best practices and to follow the science,” Minister Bartlett told Travel Courier. 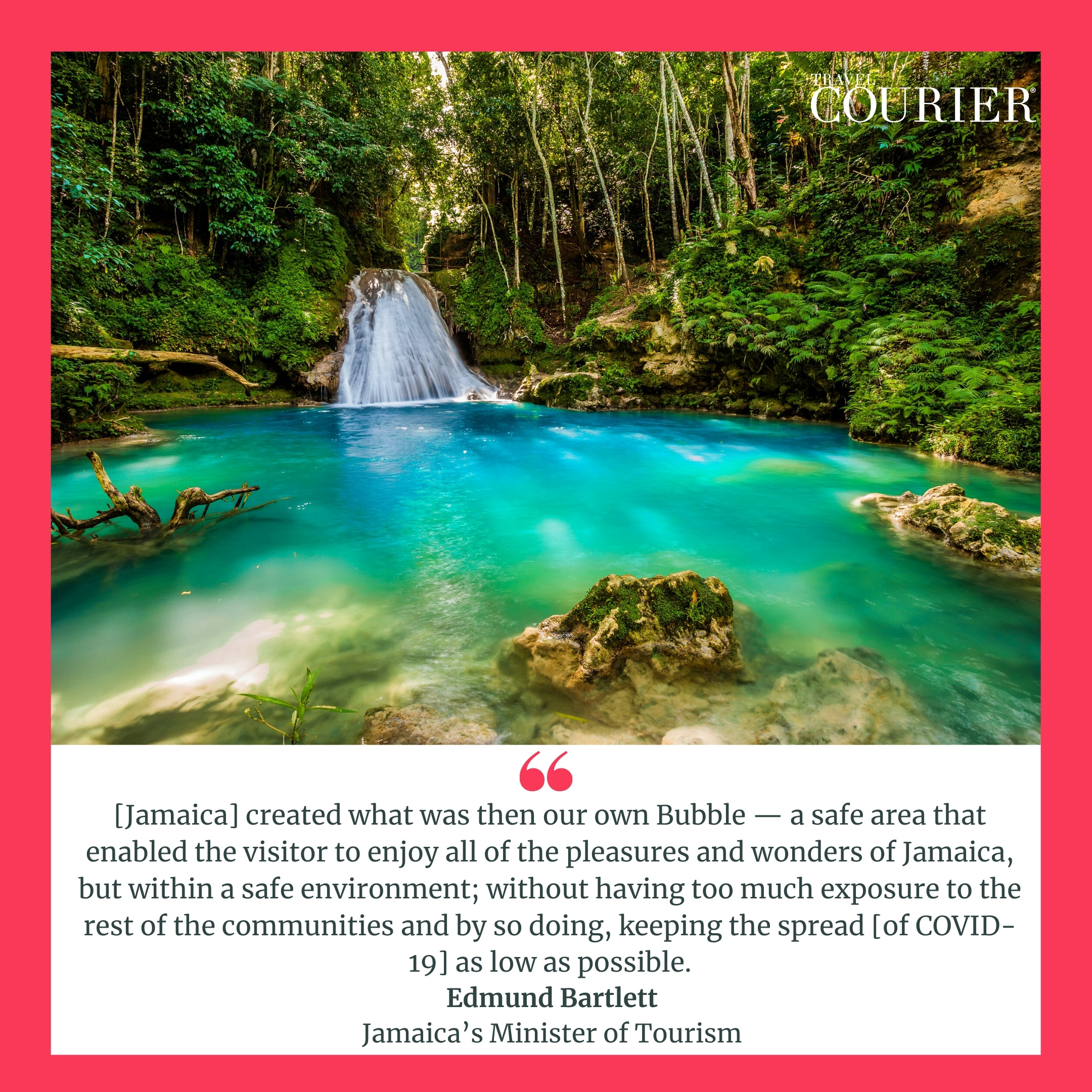 Moving quickly, the task force brought Price Waterhouse on board in April 2020 to work with it to develop what Bartlett describes as “the most robust protocols anywhere.”

In fact, those protocols quickly attracted the attention of the World Travel & Tourism Council (WTTC), which awarded Jamaica its Safe Travels seal, making the island only the third country to receive that certification at that time.

“Having established the protocols – along with the Ministry of Health – we then started to train all the workers,” Minister Bartlett explained.

When the global pandemic hit, Jamaica had seen 130,000 workers furloughed, while about 30,000 remained on the job to keep the necessary elements of the tourism plant running.

The training was virtual, with 20,000 workers getting instruction on the 10 or 11 touchpoints on COVID-19 management, all of it based on the protocols that had been established.

Minister Bartlett said that through Jamaica’s Tourism Enhancement Fund, PPEs were purchased so that all the workers who were still on the job had access to a full set of PPEs. It also provided a number of small tourism enterprises across the island — small indigenous groups, the people who sell fish or street food, etc. – with PPEs.

“After that,” the Minister told TC, “we started a rigorous program of certification of tourism entities based on the application and use of these COVID-19 management tools. That had to do with places being fully sanitized and carefully marked out for social distancing, rearranging the furniture in the dining rooms and on the beaches and so on and also having testing for temperature and masking.”

Each of those enterprises received a decal of certification, so that people visiting Jamaica would know that these establishments were COVID-19 certified or compliant. 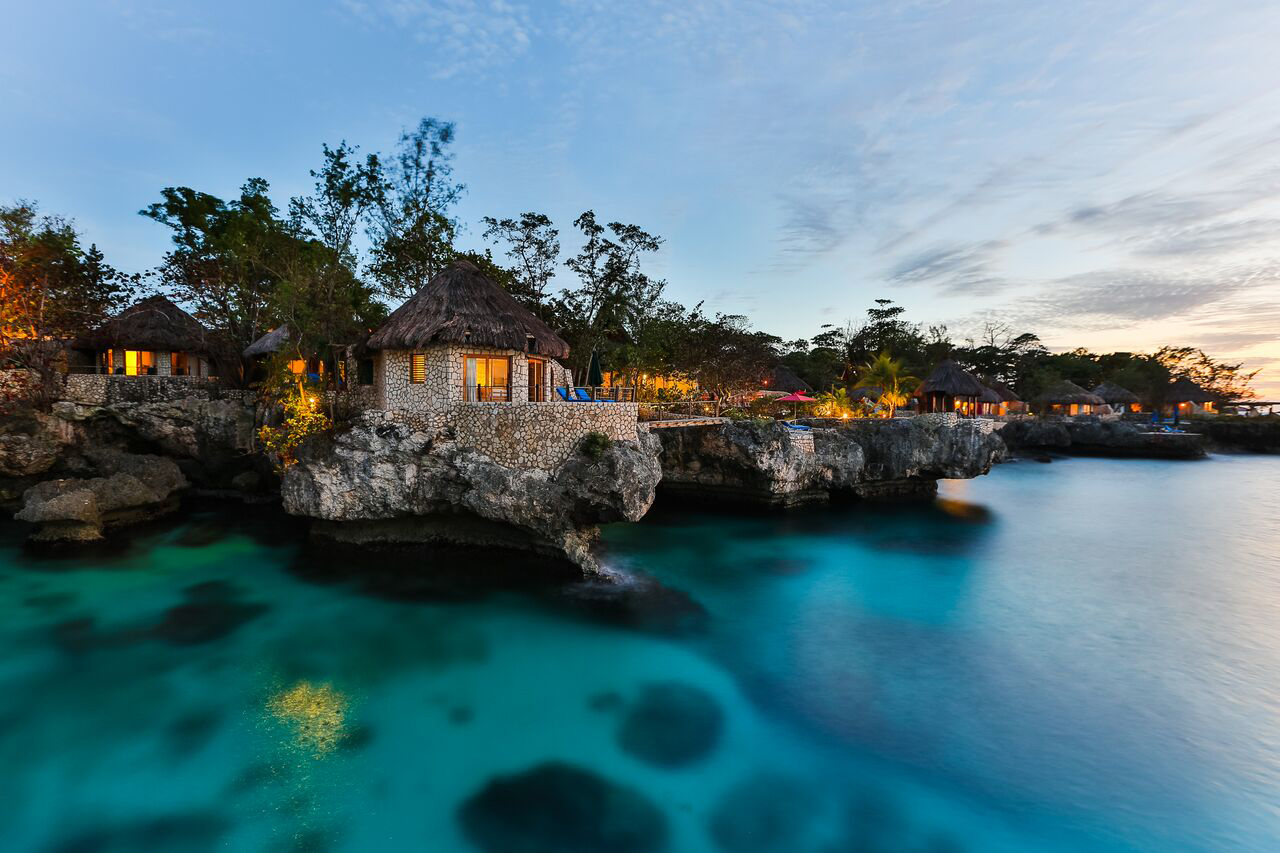 “The next step was to create an innovation called the Resilient Corridor,” said the Minister, explaining that “this was a geographical area that we defined straight through from Negril straight through to Port Antonio.”

And he continued: “Fortunately for us, the geography favoured it because of the highway that ran straight through [from Negril to Port Antonio] and so it embraces all of the tourism enterprises on the Beach side … on the seaside … or the Windward side as it is called … and fortunately for us, that was about 85% of all the tourism attractions of the country.”

The result, Minister Bartlett observed was that Jamaica “created what was then our own Bubble — a safe area that enabled the visitor to enjoy all of the pleasures and wonders of Jamaica, but within a safe environment; without having too much exposure to the rest of the communities and by so doing, keeping the spread [of COVID-19] as low as possible.” 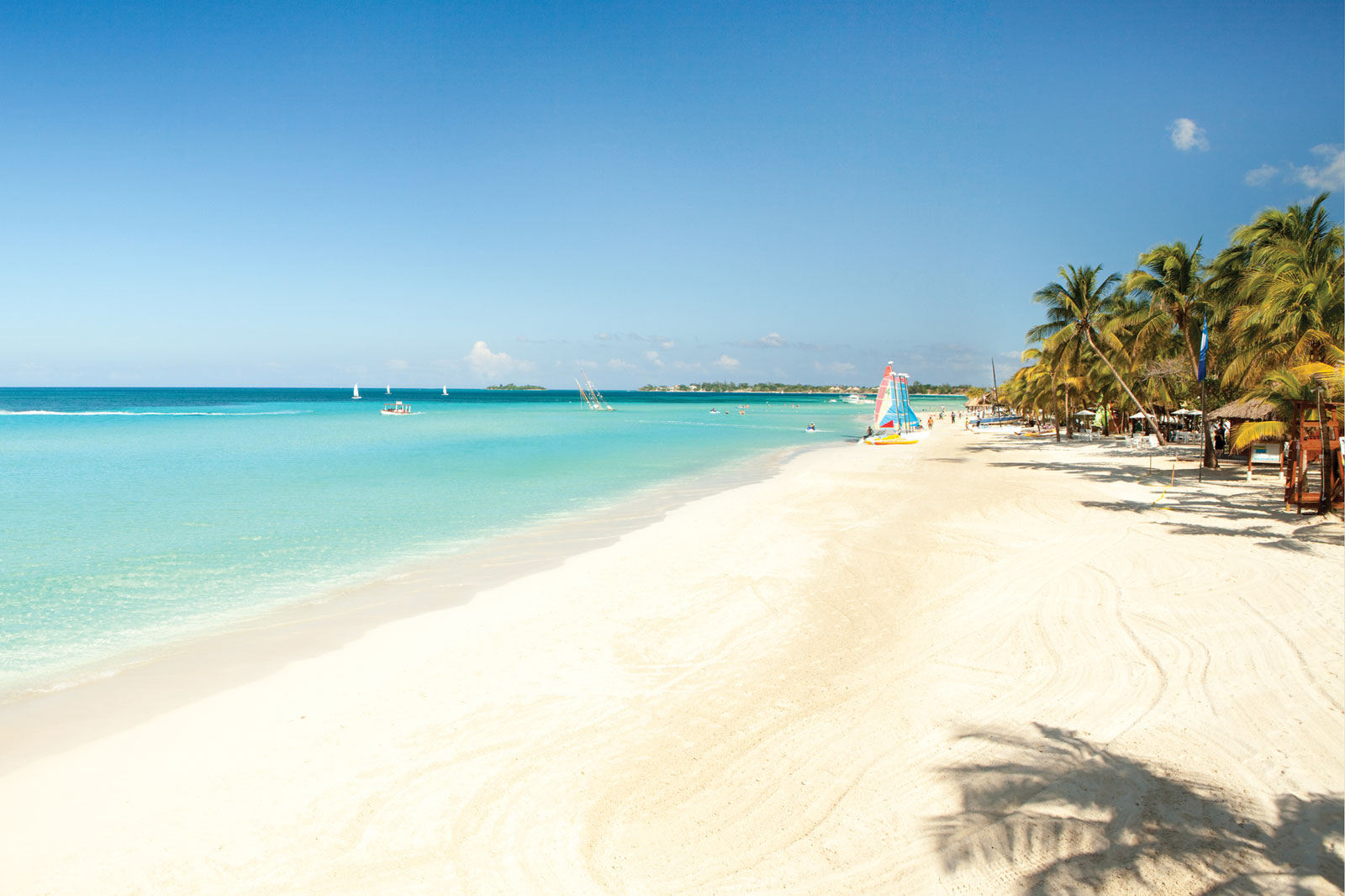 And if you’re wondering how things have worked out, well, Bartlett points out that “the record shows that over the year, the positivity rate in the Corridor was 0.5 of a percent — even when the country had spikes.”

The result, he said was that “enabled us to keep the borders of Jamaica open [continuously] since June 15, 2020 and in the process, welcome over 1 million visitors and earn US$1.5 billion” and bring 60,000 employees back to work.

Moving forward, Minister Bartlett told TC that the island is planning to expand its Jamaica Cares program to provide ‘broader coverage’ and details of the enhancements are expected to be announced shortly.

Consistent messaging paying off for Jamaica