Tinseltown has provided a helping hand to the tourism trade in Andean Colombia’s Cocora Valley and in doing so is helping give the verdant area an even greener hue.

The lofty valley appeared in the 2021 Disney animated movie Encanto, which those involved in the local tourism trade say has provided widespread exposure for that part of Colombia and attracted more visitors, some of who contribute financially to reforestation efforts.

Encanto — viewed as a major commercial success — provided a popular showcase for Colombian culture and nature and its popularity is seen as beneficial to a country that has often had to contend with movies that have cast Colombia in a negative light. 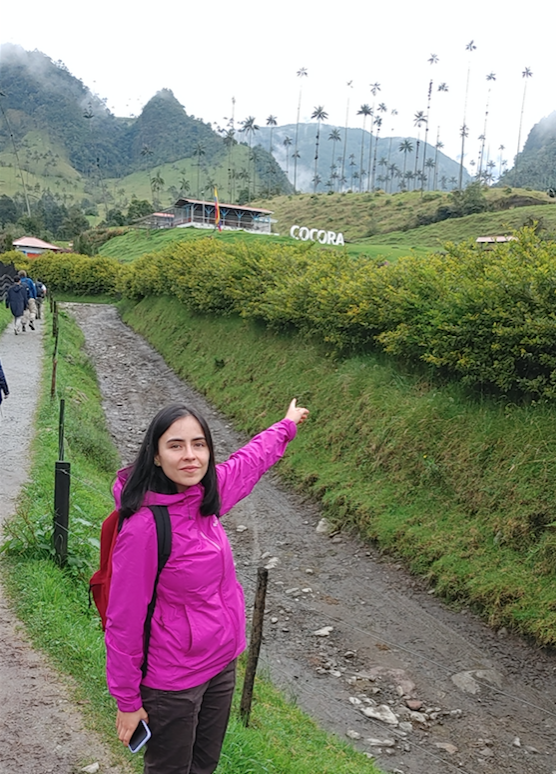 “I’m super happy. Encanto is a very nice story that is inviting people to Colombia in an animated way and see our history and traditions and the most beautiful things we have in the country,” says Claudia Pinzon Rocha of Colombian tourism board ProColombia. “The number of visitors has increased since the movie.”

Encanto director Jared Bush labelled the Coroca Valley — which appeared in the movie and is found in the central mountain range of the Western Colombian Andes — “one of the most beautiful places I’ve ever been.”

“We are very excited to know that Encanto was inspired by our country. It is a dream come true for us, because what’s better than Disney — the studio where the most inspiring and magical stories are made — recognizing our natural and cultural wealth, and above all, the warmth of our people, and using it as a reference to create a fantastical version of the most welcoming country in the world,” said Flavia Santoro, ProColombia’s president. 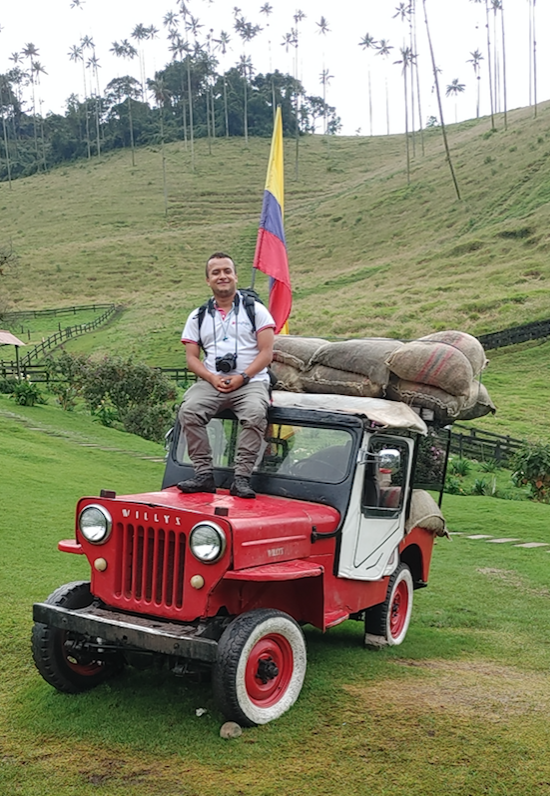 Encanto viewers will notice key cultural references, such as Colombian coffee, the country’s most globally recognized drink. Additionally, some of the characters carry Wayuu mochilas (woven bags) made by indigenous people from La Guajira in northern Colombia or wear ponchos and ruanas (typical clothing from various regions of the country) while in iconic places in Cartagena, as well as Barichara and Villa de Leyva, which are among Colombian heritage towns.

Colombian music is another main theme, with the soundtrack running through deep-rooted Colombian genres like cumbia, joropo, and bambuco to more modern ones.

Colombian biodiversity is underscored by the Cocora Valley, located in the Coffee Cultural Landscape, and recognized for its tall wax palms. Orchids of all colours and sizes appear in Encanto, with Colombia the global leader for most orchid types. In addition, the characters are accompanied by animals such as chigüiros, tapirs, coatis, and jaguars, often seen in Colombia’s Amazon-Orinoquía region. They are also seen with macaws, toucans, and hummingbirds, highlighting the fact that Colombia is also a global leader in bird diversity, with more than 1,900 species.

Pinzon Rocha says those visiting the valley will be reminded of movie scenes. 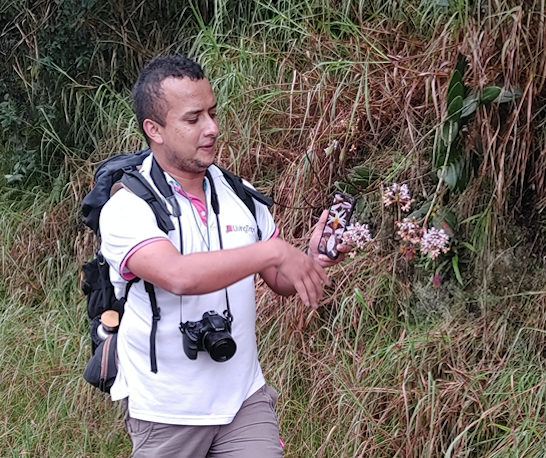 The Cocora Valley reaches well over 2,000 meters above sea level in an area viewed as either cloud forest or Andean forest and is home to farm families, notes tour guide Johani Andres Gaviria Lopez, who adds area residents are no longer allowed to hunt, build structures, cut down trees or use chemicals to produce food.

As well, there are no vehicles in use in the valley, with farmers relying on horses or motorcycles to carry their goods to sale in nearby communities.

Gaviria Lopez, a trained biologist who specializes in ornithology, is happy to identify different natural natural aspects of the valley to visitors, including the Quinidio wax palm tree, Colombia’s national tree, which can reach a towering 60 meters in height. The name of the tree recalls how farmers once gathered its wax, which they then used to produce candles before the arrival of electricity.

Other local natural features the knowledgeable Gaviria Lopez is happy to point out to visitors include bright orange flowers dubbed torches because of their colour and shape; hummingbirds; and grubs that are viewed as a delicacy by falcons (“This is their candy.”). 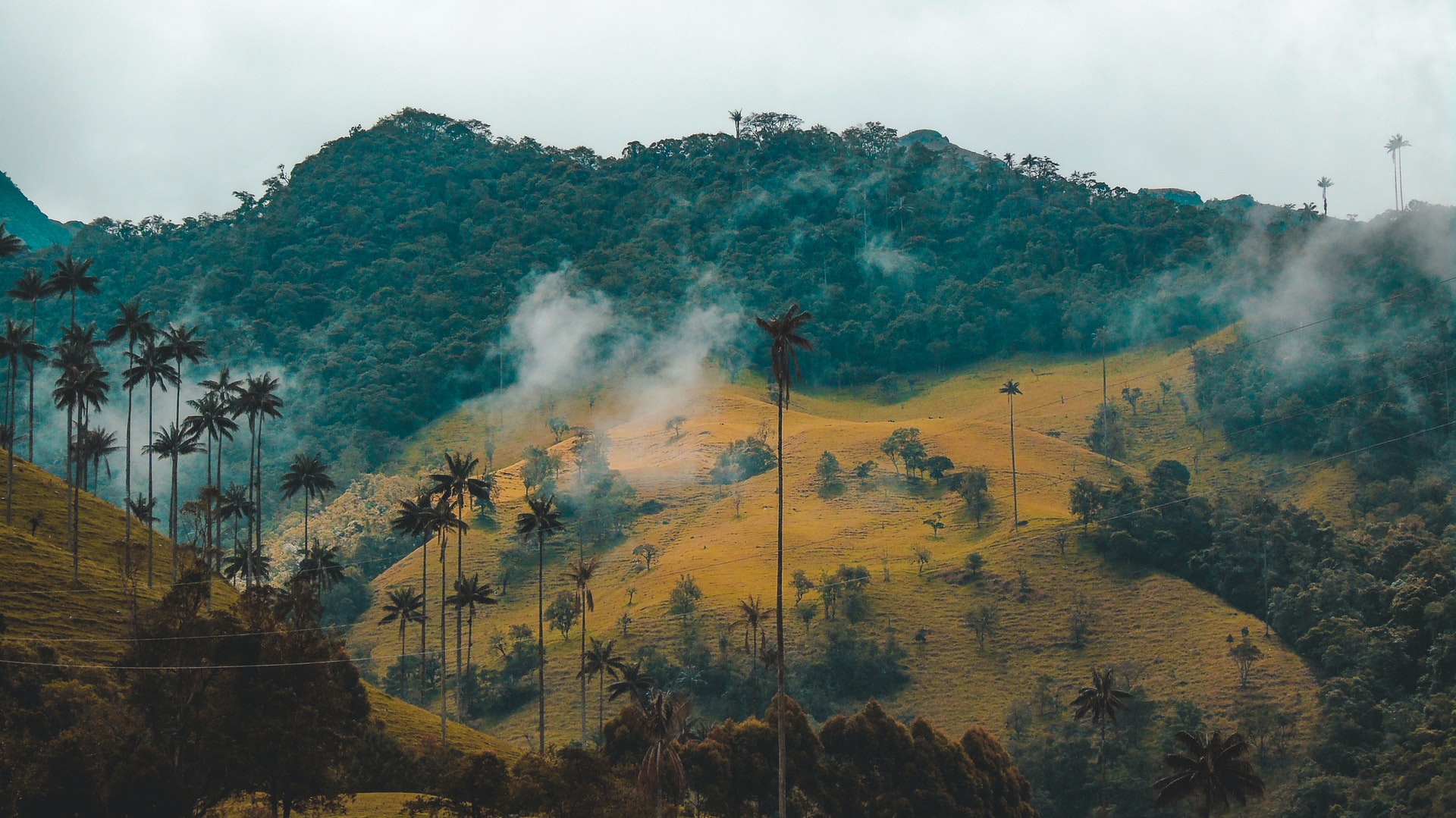 Gaviria Lopez says Cocora Valley hikers can go on treks of “0 to 6 hours,” extending the jaunts if they wish, thanks to greater Los Nevados National Natural Park, giving those eager to explore the great outdoors around 60,000 hectares to wander in.

Cocora Valley’s current residents welcome visitors, charging them a nominal fee to explore the area and earning additional revenue by offering horseback riding and having opened area restaurants that rely on visitors

Giviria Lopez notes his company — Living Trips — will plant a palm tree in the area for each two travellers it takes there, with over 5,000 planted to date, part of a reforestation plan.

And he adds that he hopes an area that won over Disney will receive further international recognition, attracting more tourists eager to explore a green part of Colombia tourists can help make even greener.

Guanajuato a showcase for Mexico's past

Tourists can learn to prepare a popular Colombian dish