When Disney Wish sets sail next summer, the fifth ship in Disney Cruise Line’s fleet will bring to life characters from Disney, Pixar, Marvel and Star Wars in innovative ways.

The company recently revealed some of the memorable features and experiences that will be part of the new ship, including AquaMouse, the first Disney attraction at sea. The 760-ft. water ride around the upper deck of the ship features animated shorts of “The Wonderful World of Mickey Mouse.” 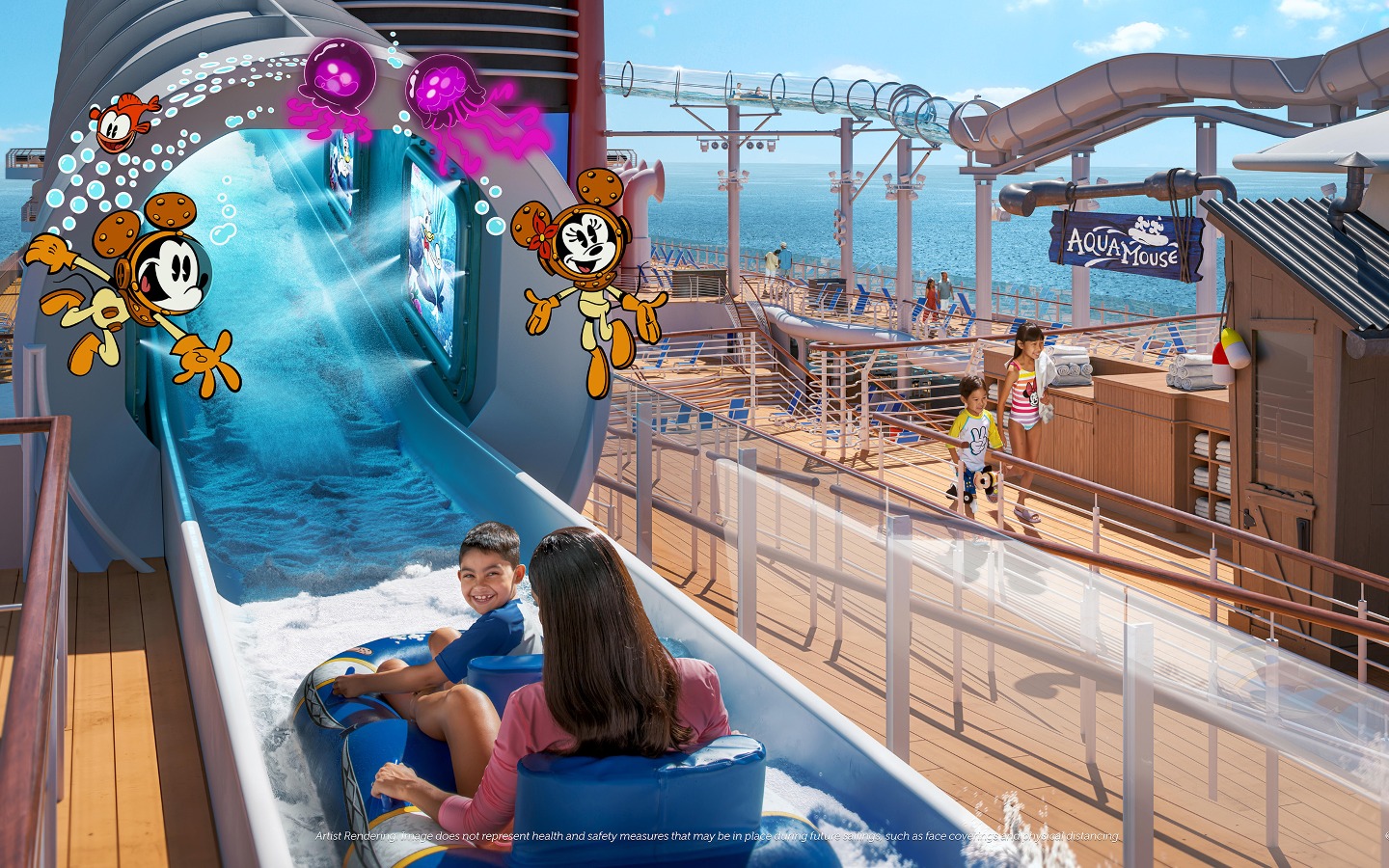 Meanwhile, Arendelle: A Frozen Dining Adventure will pick up where the movie Frozen 2 left off. Families can watch characters like Elsa, Anna, Kristoff and Olaf on stage while enjoying worldly cuisine infused with Nordic influences. The stage is in the centre of the room to ensure there’s no bad view in the house… or, well, ship. 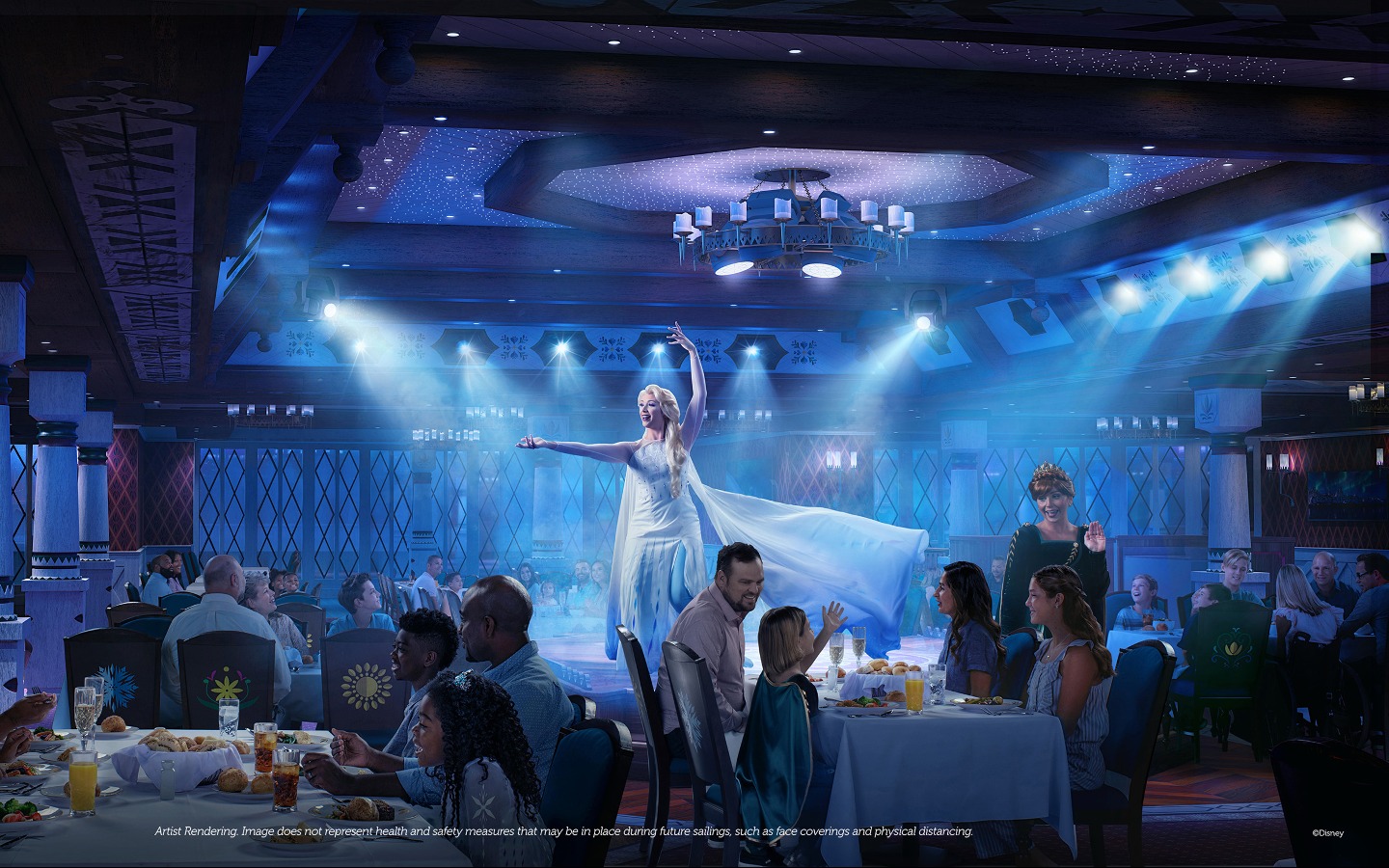 Kids three to 12 will be able to slide into the kid’s club — known as Disney’s Oceaneer Club — through a secret entrance to access the Marvel Super Hero Academy and train to be the next generation of super heroes with the likes of SpiderMan, Black Panther, Ant-Man and the Wasp. 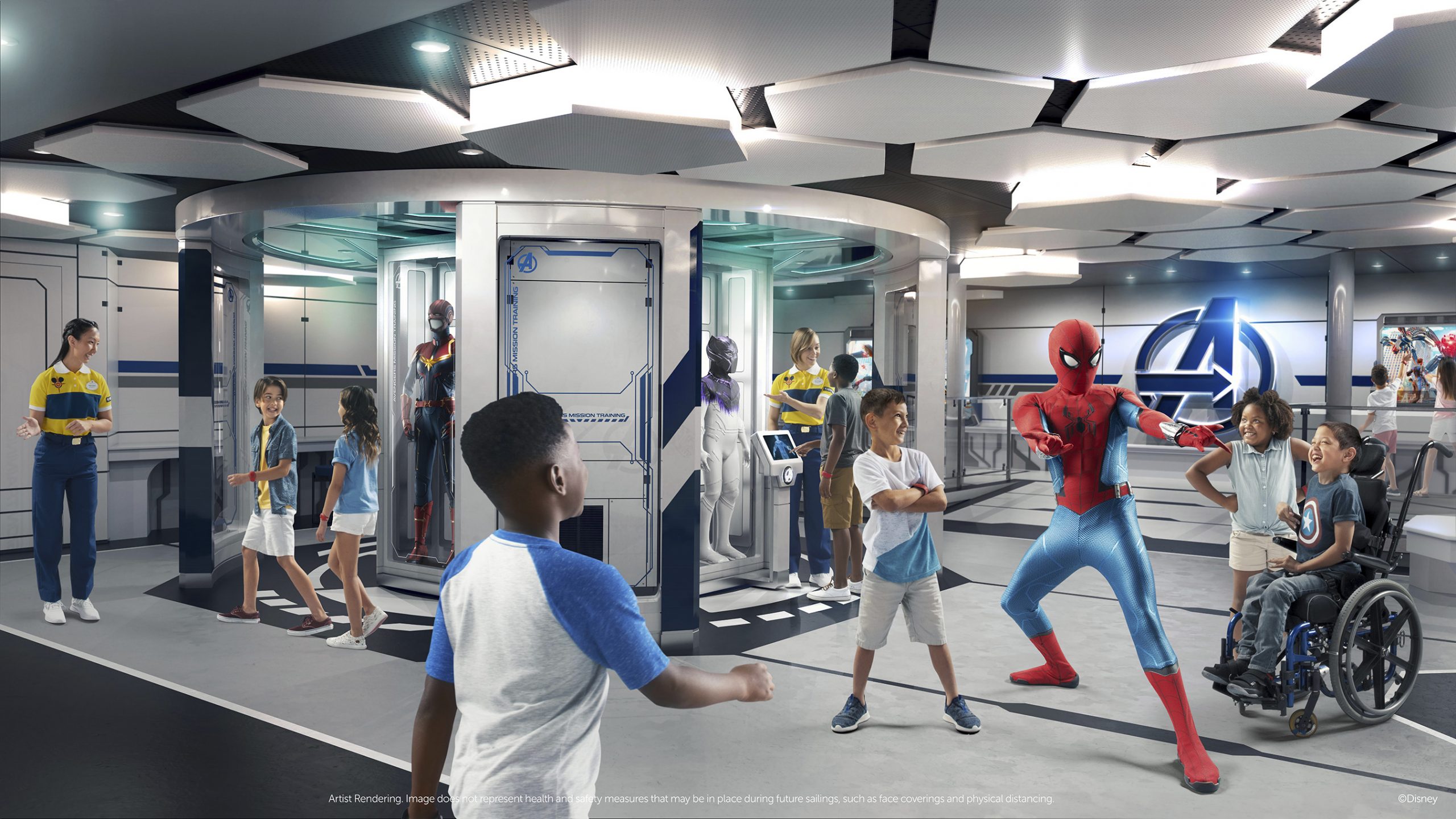 There’s also a Fairytale Hall where princesses and princes can get creative at Rapunzel’s Art Studio, read and act out stories at Belle’s Library, and test newfound icy powers at Anna and Elsa’s Sommerhus.

Those kids with inventive minds can spend time at the Walt Disney Imagineering Lab to discover the secrets of world-renowned Disney imagineers — the masterminds behind Disney theme parks, resorts and cruise ships — with hands-on activities and experiments. 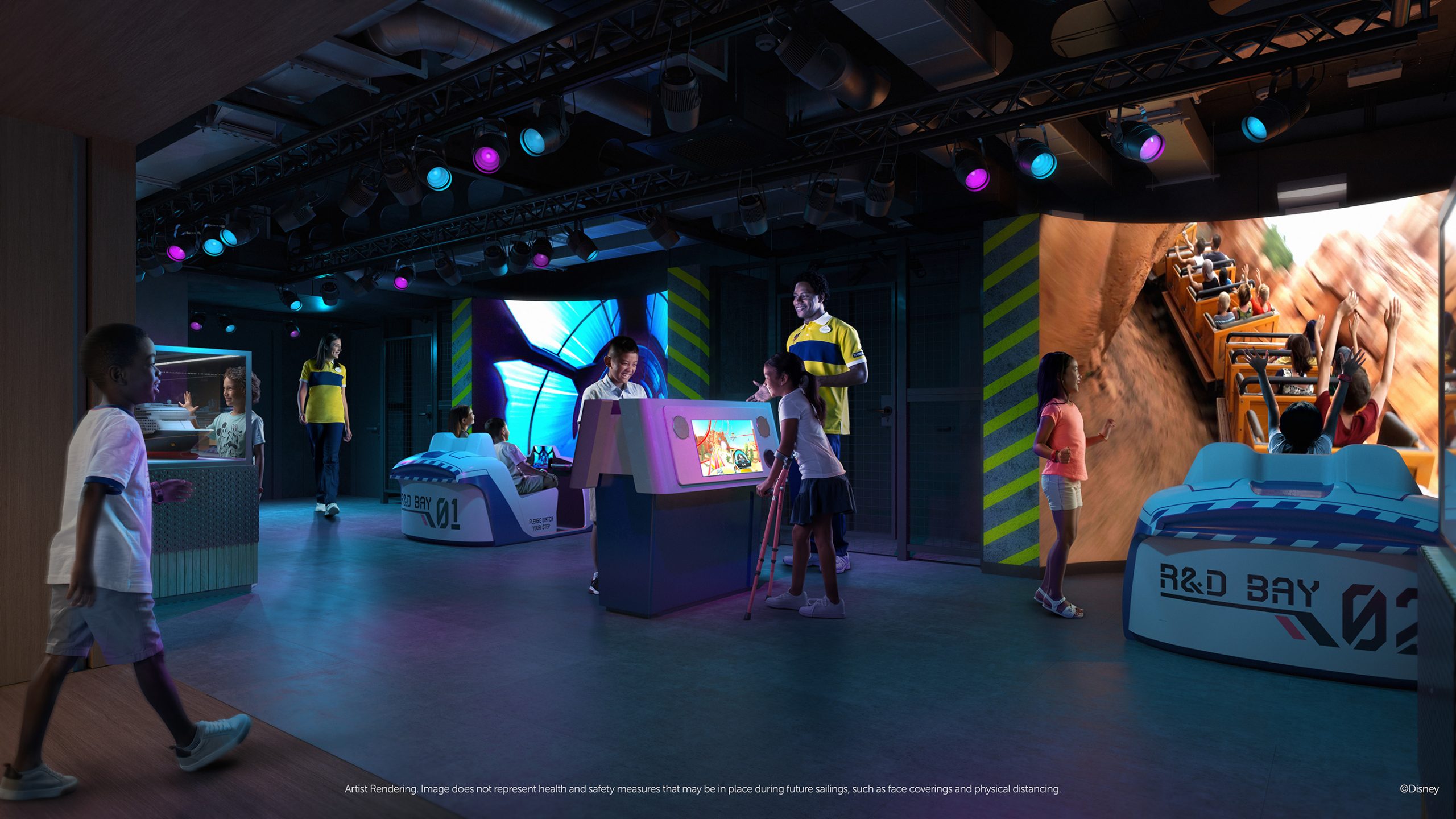 “With the Disney Wish, we’re continuing our tradition of delivering the most magical and relaxing vacations at sea, combining legendary service and entertainment with imaginative storytelling and all the care you expect from a Disney vacation,” said Josh D’Amaro, chairman, Disney Parks, Experiences and Products. “Our newest ship will celebrate everything that families love about sailing with us, from the incredible dining experiences and character interactions, to dazzling shows and the crew’s thoughtful attention to detail. We can’t wait to welcome our guests aboard the Disney Wish as we expand the reach of our world-class fleet.” 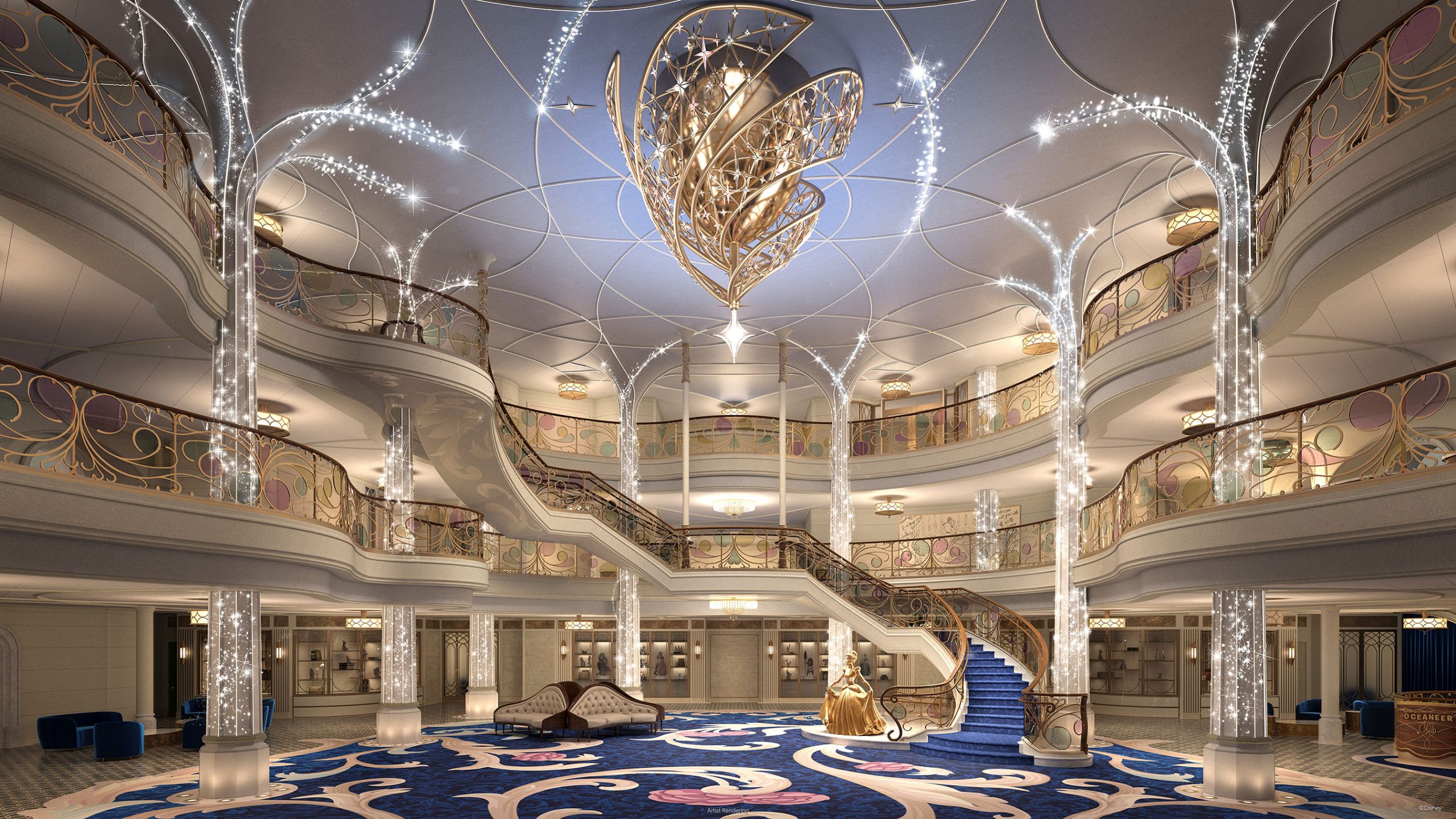 From a wishing star adorning the main chandelier to a statue of Cinderella and the magical forest setting of the Walt Disney Theatre, the ship has enchanting touches throughout and weaves together elements of storytelling.

Youngsters can make a splash at a Toy Story-themed district designed especially for families with toddlers and young children with a splash zone, wading pool, family waterslide and smoothie bar. For adults looking for a tranquil escape, there’s an adults-only Quiet Cove area with an infinity pool. 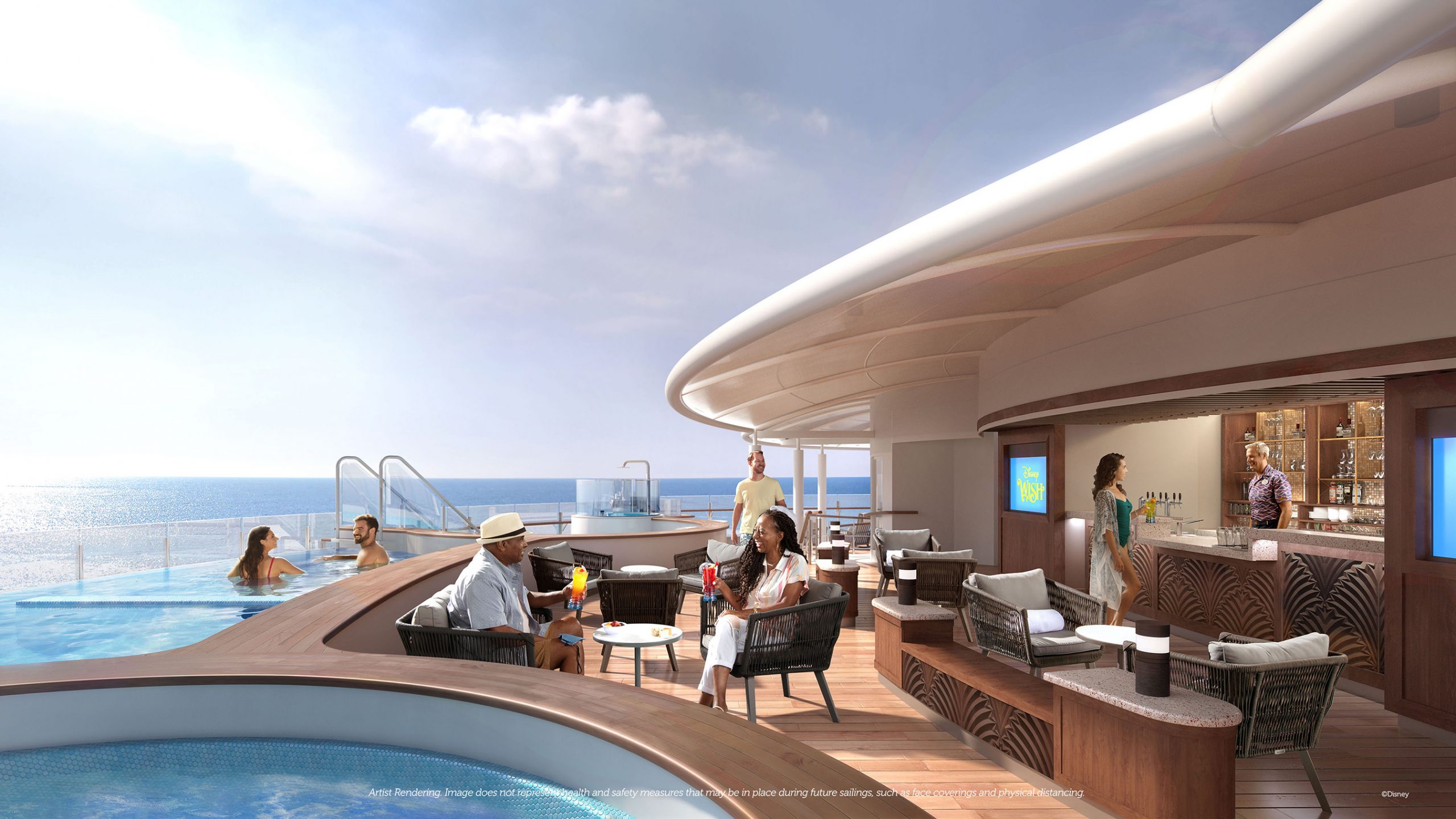 In total there are 1,254 staterooms — includes 53 concierge staterooms and 23 concierge suites — 900 of which are connecting. Staterooms feature custom artwork inspired by classic stories like Cinderella. There are also the first ever two storey Royal Suites each featuring a grand spiral staircase. 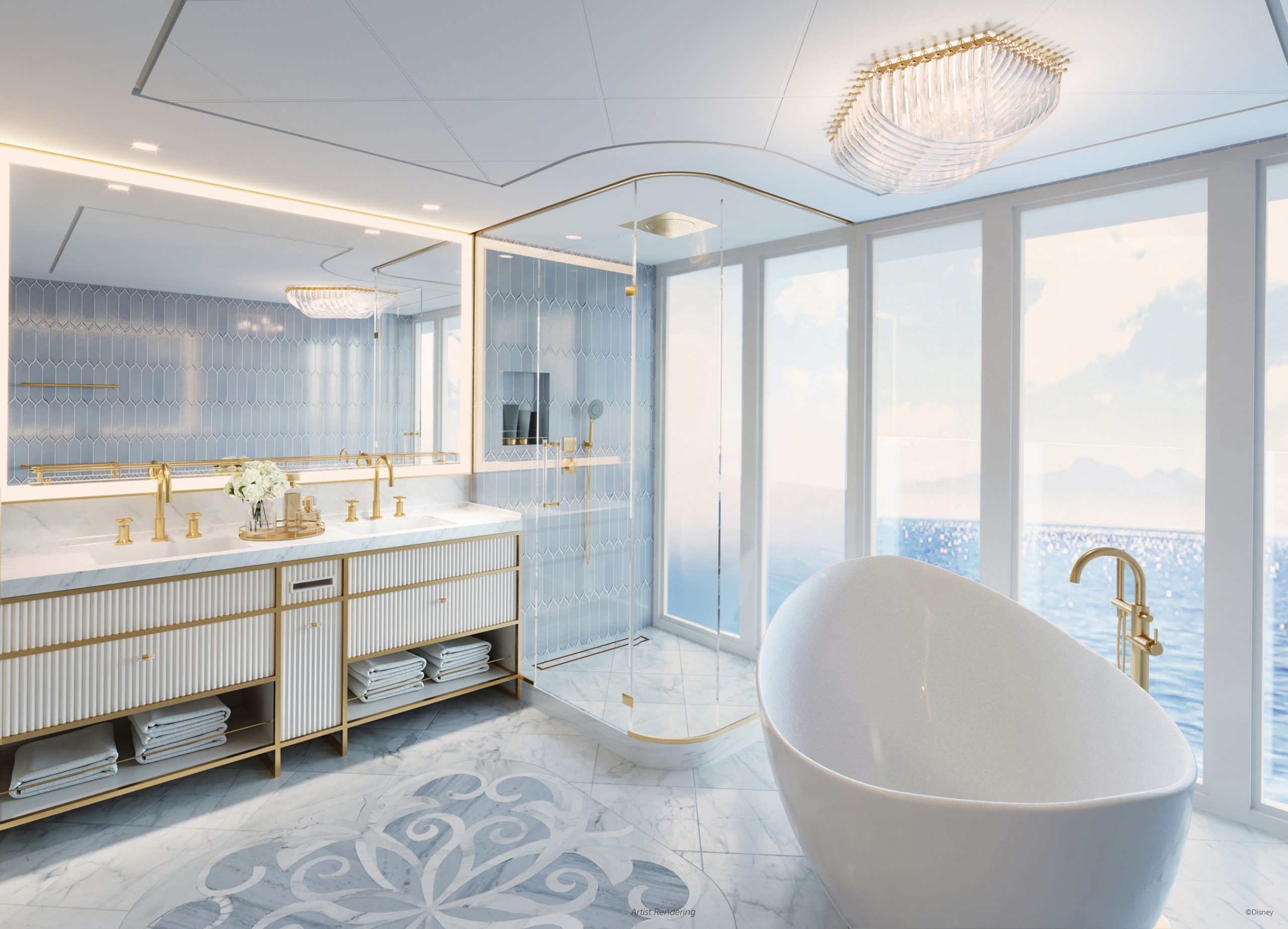 Other notable experiences include a first-of-its-kind Star Wars experience, an interactive Marvel cinematic dining adventure with Avengers and Broadway-style shows like a re-imagined take on the classic Aladdin. There’s also an It’s A Small World Nursery for cruisers aged six months to three years old, and Edge and Vibe for those aged 11 to 17.

The new ship will make its maiden voyage on June 9, 2022 with a five-night cruise to Nassau, Bahamas, and Disney’s private island, Castaway Cay. This will be followed by an inaugural season of three- and four- night cruises to the same destinations from Port Canaveral, Florida.

Bookings for the general public open up on May 27.