Take off with BikeHike Adventures

BikeHike Adventures prepares for the future

An interview with Trish Sare, the owner of BikeHike Adventures

Tell us a little about BikeHike Adventures and what you offer?

For the past 26 years BikeHike Adventures has been curating multi-sport adventure vacations all over the world. We are one of the pioneers in the adventure travel industry and have been ranked as one of the top biking companies by many publications over our tenure, including National Geographic Adventure Magazine, USA Today Top10, and more.

Our trips are active and immersive experiences. We focus on building deep connections between our travellers and the locals by digging deep into the cultures of every destination we visit, garnering an insider’s perspective.

We travel around the countries by muscle power, bike, hike, raft, horse and kayak. We have trips that are all biking, all hiking or a combination of different activities all on one trip. We also have e-bikes available in most of our destinations worldwide for those looking for some electric assistance.

A typical day can be biking to a small village in an Albanian town where we have lunch in a family home, and meet three generations of the local family. Our travellers have the opportunity to learn about the local life while the locals learn about our lives.

Our groups are small, minimum two and maximum 12 people and we have either set departures that individuals can join, but prior to COVID, 60% of our business was custom departures for individuals as that has been gaining more popularity over the years. Based on how the world has changed over the last six months, we expect to see more private and custom departures for small groups who want to stay safe in their personal travel bubbles. 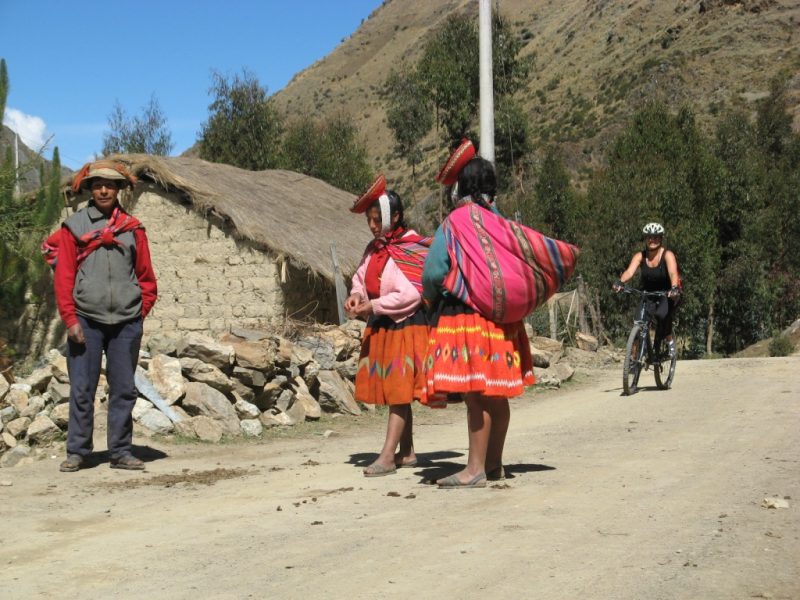 How have you been coping over the past few months? When are you planning on restarting operations?

I cannot deny that the last few months have been really difficult and stressful, for everyone in our beloved industry.

We have been through many challenges in our 26 year history, 9/11, 2008 financial recession, massive currency fluctuation, but there has never been anything that had a bigger question mark as to how long it would take to return to normal.

2020 was meant to be our strongest year to date, and fortunately 80% of our travellers have postponed their trips to 2021.

We’ve pretty much written off 2020 now and are now focusing on 2021, and feel optimistic that when a vaccine is produced and people feel safe to travel again, there will be an explosion of business. Many of our dedicated travellers have written us to tell us that they will be booking with us as soon as they can travel with confidence again. 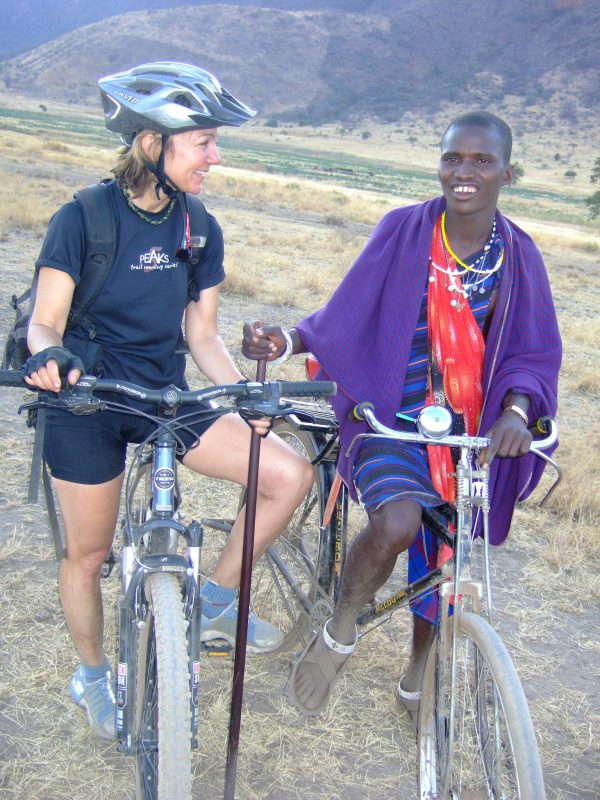 “We have been through many challenges in our 26 year history, 9/11, 2008 financial recession, massive currency fluctuation, but there has never been anything that had a bigger question mark as to how long it would take to return to normal. 2020 was meant to be our strongest year to date, and fortunately 80% of our travellers have postponed their trips to 2021.“

What are some of the biggest obstacles you are facing right now and how are you tackling them?

The uncertainty of how long it will take before the world is safe again and people feel confident to start traveling again. With that big unknown, it makes planning for the future really challenging.

Also, our market is primarily Canadian and American. With the 14-day mandatory quarantine for Canadians leaving Canada and most countries banning US citizens from entering their countries, it pretty much closes the doors on us moving forward.

To mitigate these obstacles we are cutting our costs as much as we can this year and battening down the hatches while we ride out this storm. We are fortunate that we are a small company with low overheads. We are also blessed to live in Canada and have the support of our government throughout these challenging times. 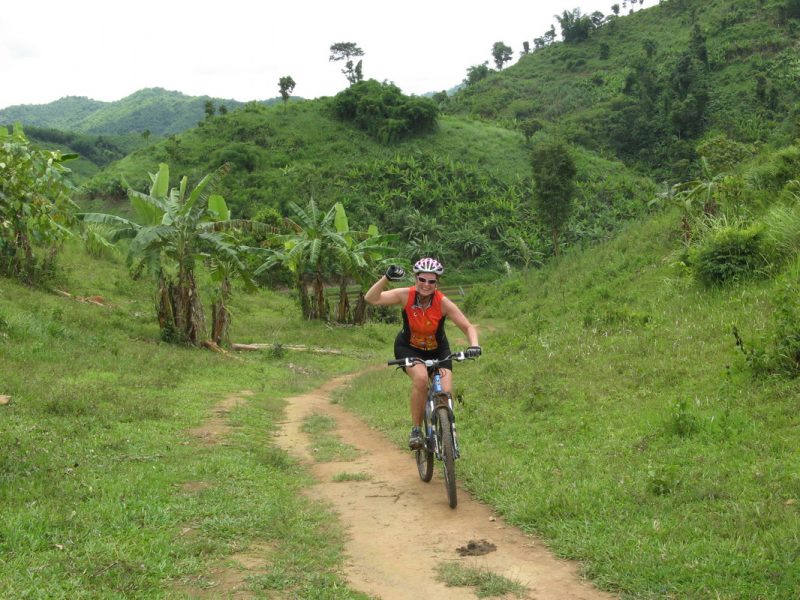 There’s been a lot of talk about the industry coming out better than before. What are your hopes?

I really hope that this is the case. I’ve been in the international tourism industry for 30+ years and have seen detrimental changes since I first began. Everyone seemed to want into the business of tourism because there was so much money to be made, but many were entering the industry taking mass profits offshore and leaving very little behind in those countries. Cultures were being lost and the animosity from locals towards tourists was escalating because their cities were changing to accommodate the needs of mass tourism. It became an ugly mess of overtourism. As painful as this pandemic has been for so many of us, the tourism industry needed this reset.

I saw protests in Madrid stating Tourists Go Home, grafitti in the streets of Lisbon saying Mass Tourism Equals Human Pollution. I’ve seen the same thing in Vancouver. Our office is in Granville Island and in the summer months multiple cruise ships would be here daily. The congestion on the island was unbearable. Many locals avoided the market on those overwhelmingly crowded summer days. I have to admit, I’m really enjoying having our city back right now.

I really hope that moving forward, sustainable tourism choices will be the driving force that destinations implement for economic growth. Initiatives that protect local people, culture, wildlife and the environment need to be put into place, on a collective global scale.

This means having global regulations in place for mass tourism polluters first however,such as the cruise industry. In our opinion, cruise ships cause detrimental impacts on cities when several ships arrive into port on the same day. Also, the home sharing industry, such as AirBnB will need to be subject to the rules and regulations of cities the way that hotels are. 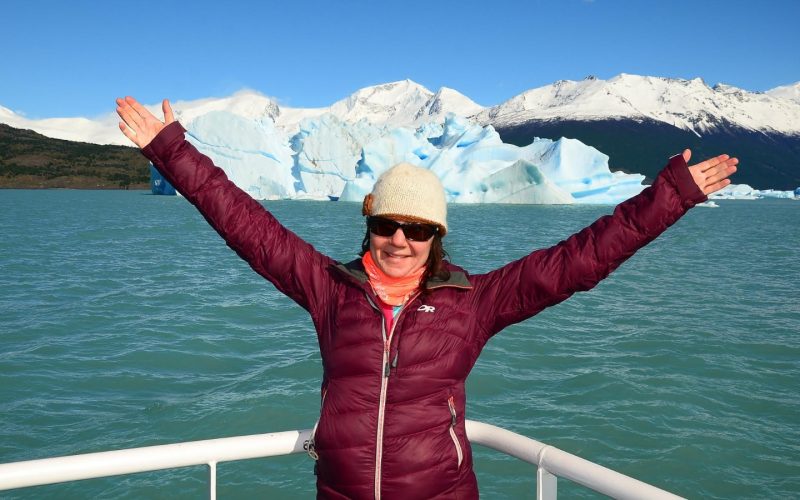 Do you have any strategies to get through the next few months?

We’re trimming unnecessary fat off our bones this year, keeping our overheads low. We are now starting to actively promote 2021 now with more private and custom trips for small groups.

In our regular e-blasts, we plan to keep our travellers abreast of how we are doing and also what’s happening in all of the destinations that we operate in. And we’ll continue spending our time learning and adapting to this new world order and all of the necessary protocols that must be adhered to to ensure the safety of our travellers. 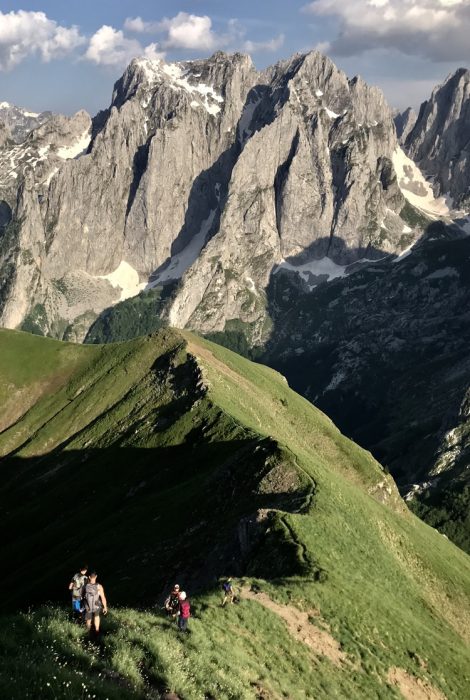 Once travel restarts, many will be looking to the great outdoors when it comes to travelling. What makes BikeHike Adventures a great option for those people?

Sustainable, small group, active adventure travel vacations has been our existence here at BikeHike since inception and as I mentioned earlier, we are one of the pioneers in the industry. Our type of travel protects and preserves the local people and their culture. It is extremely important to us that we leave behind far more than we take.

Also, as the pandemic quickly curbed usual traffic patterns across the world, the cycling industry has exploded in popularity. I believe that with so many people on their bikes this year, the future for international bike trips looks very promising.

BikeHike has received many accolades over the years for being one of the best in our industry from many publications including National Geographic Traveler, Forbes, Outside Magazine, Adventure Travel Trade Association, and between this and our longevity, and a very dedicated following of travellers, we have a very strong foundation to do well in the future.