This week Travel Courier checks in with Kathryn Comeau-Wong of Personal Travel Management, who says travelling across Canada helped her come out of her shell when she was younger. Comeau-Wong is currently promoting travel in our own backyard along with worldwide travel teasers.

What has it been like being a travel advisor during this challenging time?

Being a travel advisor in 2020 has been a massive rollercoaster of emotions. At first it was trying to decipher between the floods of information coming in, processing that information in time for it to change all while hunting down our clients in travel to try and bring them home before flights were grounded and borders were closed.

Moving forward over the months we then had to work through the constant supplier penalty changes, insurance coverage changes and working through these newly created concerns, fears and frustrations with our clients, which dragged out the doom and gloom that was 2020. Now that months have past most clients are now understanding of the sheer magnitude of what has really happened this year and many have reached out to make sure that “I” am okay, that Personal Travel Management is okay and a switch is happening where many are starting to look forward to travelling again, when they feel ready. 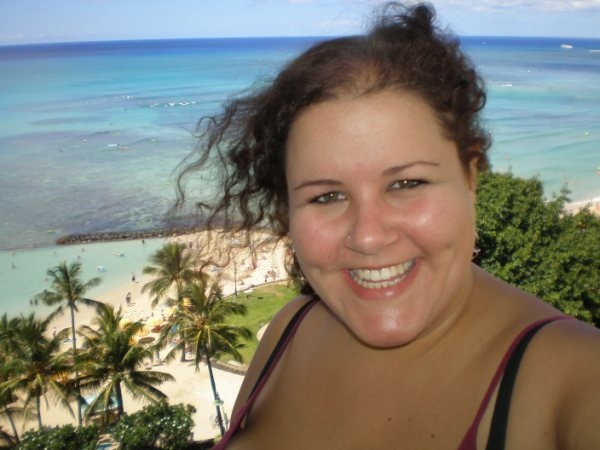 We’ve now reached the nine months mark of the pandemic. How are things going right now?

Things are definitely looking up. Clients are getting itchy to travel, especially with the vaccine around the corner. Right now the biggest hindrance is still the mandatory 14-day quarantine. Being a BC agency, we are holding our breath that the pilot program in Calgary, potentially reducing the 14-day quarantine to 48 hours, will come to Vancouver next. 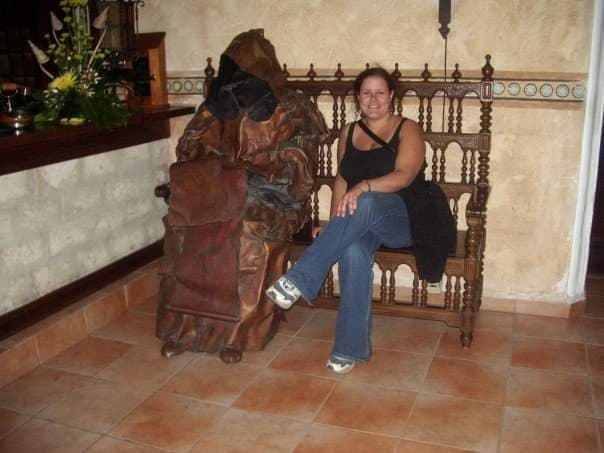 “Over the last few months I have focused on moving away from selling to connecting more with my clients. Sure, travel teasers come from both sides but without that immediate trip to plan I have discovered that I have a client who has adopted an Xoloitzcuintli puppy (yes, I had to look that one up too!), one that used to perform in Shakespeare plays and one who is working on his MasterChef craft. “

What do you miss most about travelling?

All the feelings! The anticipation mixed with a little nervousness leading up to the trip, the anxiety of stepping out of your comfort zone to try something new, the confidence that conquering that anxiety gives you, the healing and growth that comes from each and every trip and the smiles from the memories that you leave with. There is nothing like it.

How have you shifted strategies during the pandemic?

Over the last few months I have focused on moving away from selling to connecting more with my clients. Sure, travel teasers come from both sides but without that immediate trip to plan I have discovered that I have a client who has adopted an Xoloitzcuintli puppy (yes, I had to look that one up too!), one that used to perform in Shakespeare plays and one who is working on his MasterChef craft. Normally we are too busy to stop and chat, but 2020 has taught me to slow down and appreciate what is around me and that includes my amazing clients. 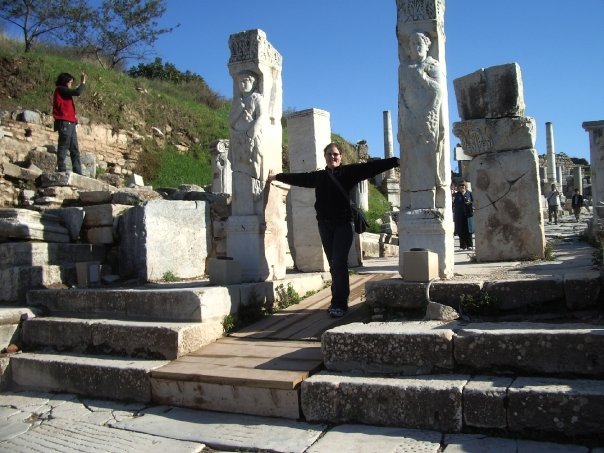 If there’s one positive thing that’s come out of this situation, it’s been that more people have seen the value of using a travel agent firsthand. Do you agree? How can advisors get this message out?

Yes, I agree with this 100%. If your clients didn’t appreciate you before they sure do now. This is a great time to share stories of how we helped when the world stopped. Ask for testimonials or stories of how you saved them. Ask your clients to share on social media and to pass your name to their friends and family.

What are you focusing on right now? Are you doing anything to grow business through domestic travel?

I have continued to post worldwide travel teasers to keep that travel anticipation bubbling but have also mentioned that this is the perfect time to explore our own backyard. When I was 20 I spent two and a half months driving from BC, up to the Yukon, across the Prairies, Ontario and all around Quebec and the Maritimes. Canada really is one of the most beautiful countries in the world and most don’t explore their own country. This is the year. 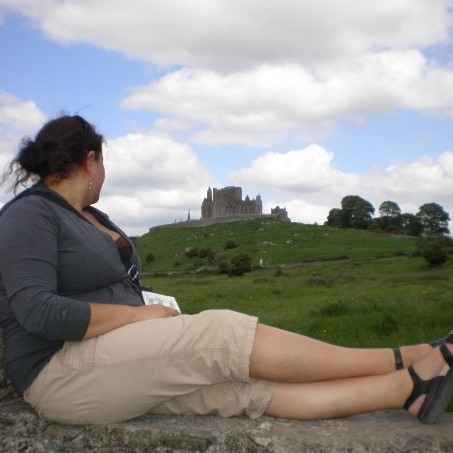 How has travel impacted your own life?

Where do I even start? I was a very shy and anxious kid, the kind that wouldn’t answer a question in class, even when I knew the answer, the one that giggled to herself when something funny was said in a group setting, the one who said no more than yes… I was SHY! At 19, a girlfriend of mine asked me to drive across Canada with her. I was excited at the idea but there was no way. My nerves would not let me. When discussing the idea with my dad he said, “Say yes, the rest will figure itself out.” So I nervously did. The first night on the road I had a massive panic attack in our tent. What the heck was I doing? How was I going to make it another 2.5 months? My poor girlfriend probably had the same thoughts! A couple days in and I was HOOKED! I had never felt so alive, so free, so confident. Because of this trip I moved to the U.K. a year later, explored the vast English train network, learned some Spanish from my Spanish roommate, discovered that I am still petrified of haunted rides and ghost tours (but I TRIED!), and that I was no longer this shy, nervous little girl. Travel has given me more than I could ever express.

How long have you been in the industry and what are some of your secrets to success?

I have been in the travel industry for close to 19 years. Secret to success? Probably my genuine excitement for my client’s trips. People come to me to help create their future memories. How amazing is that? 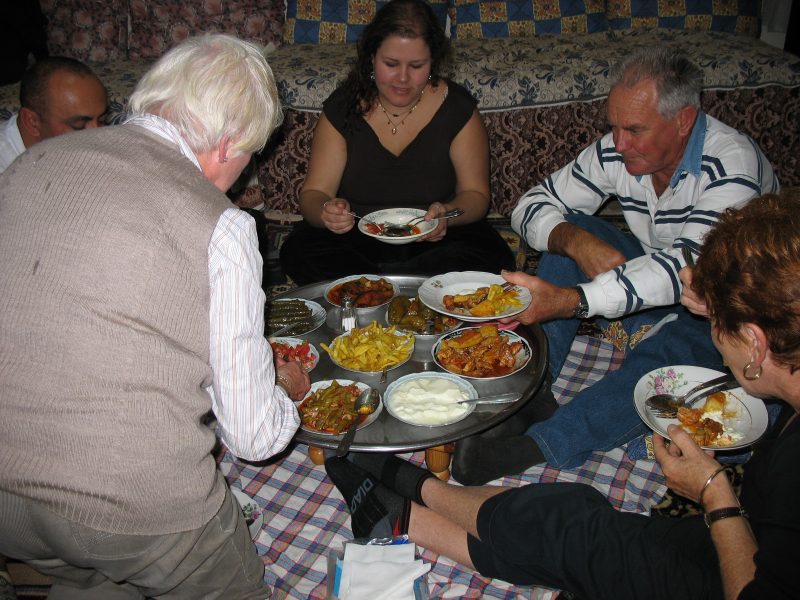 What do you think is standing in the way of recovery?

The 14-day quarantine and the media. The media should be sharing the positives along with the negatives. People deserve to hear the entire story.

To all of my industry colleagues… You have done an outstanding job. This rollercoaster has been intense. There have been moments… But we are through the worst of it. Cheers to you, cheers to us and I look forward to sharing a drink with you when this is all over. We are one step closer today than we were yesterday.

If you are an experience Canadian travel advisor looking for a new home we would love to hear from you! Our boutique agency of highly skilled specialists thrive on working together, motivating, problem solving and supporting each other so that each individual advisor’s business succeeds to its highest potential. Let’s connect to see if we are the right fit for you! Kathryn@personaltravel.ca

Want to be featured in this column?