One year later: a look at the impact of confronting anti-Black racism in tourism

It’s been over a year since individuals and companies across the travel industry posted black squares on social media in solidarity with the Black Lives Matter movement. But has anything significant actually changed since then? The latest Let’s Get Uncomfortable event on Confronting Anti-Black Racism in Travel & Tourism looked at how industry perspectives have changed and if progress was made in the past 12 months.

“It’s been nearly 12 months since our first event in the Anti-Black Racism series. 13 months since the murder of George Floyd at the hands of police. 13 months since Regis Korchinski-Paquet. 15 months since Breonna Taylor,” Shalene Dudley, founder of Latitude Concierge Travels, said kicking off the discussion on June 15.

“Here are some more numbers for you: 181. The number of ‘known’ Black people who were killed by the police as of April 2021 in the United States. 215. The number of Indigenous children’s bodies found at the former Kamloops Indian Residential School mere weeks ago… 1 in 2. That’s half of B.C.’s residents of Asian descent who have experienced a hate incident in the past year. Four. Four members of a Muslim family who were killed in London Ontario in an act of terror. One. One little boy who will now grow up without his sister, his mom, his dad, his grandmother. 365. The days in a year when Black folks are Black. Muslim folks are Muslim. Asian folks are Asian. Indigenous folks are Indigenous.” 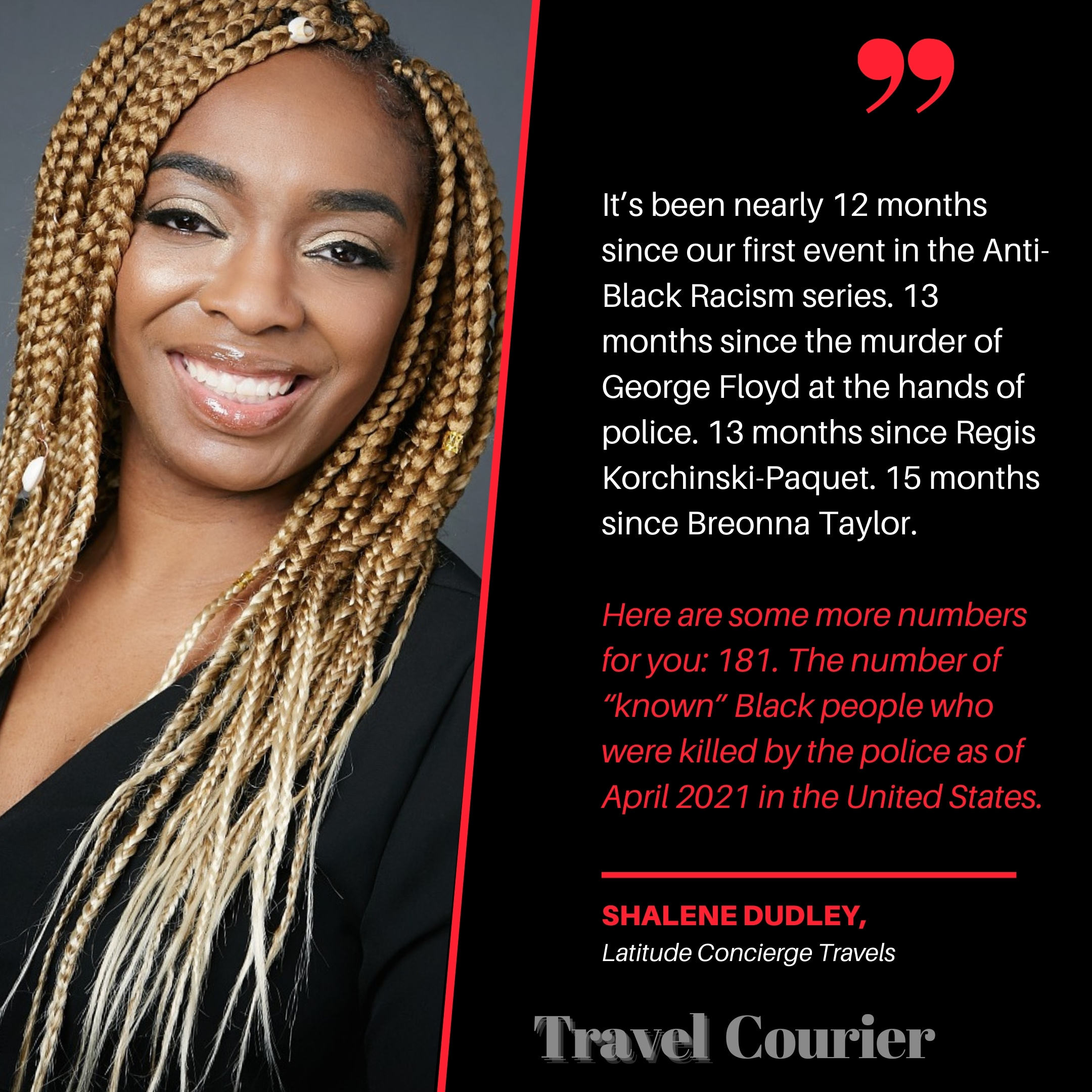 The panelists, consisting of Veranda Adkins, co-founder of Association of Black Travel Professionals; Elizabeth Buchanan, Paradise Weddings and Linda Kelly, Flight Centre, talked about the positive strides that were made over the course of the past year within the travel and tourism industry. In some cases, the changes were smaller with tour operators and cruise lines showcasing diversity in marketing campaigns and promotional materials. In other cases, it’s more significant with companies like Flight Centre appointing a Diversity Ambassador and a Diversity Committee, as well as implementing more inclusive marketing campaigns.

However, Alberta-based Buchanan, the founder of Paradise Weddings, noted there wasn’t enough follow through overall and there’s still a lot of work to be done.

“I haven’t seen a lot of change personally. I think a lot of the bigger players were happy to do the black square and release their statement and then went back to COVID-panic,” she says. “Obviously, everybody’s had a challenging time over the past year but in so many ways we had such an opportunity with COVID to make some positive change. I find it a little disappointing.” 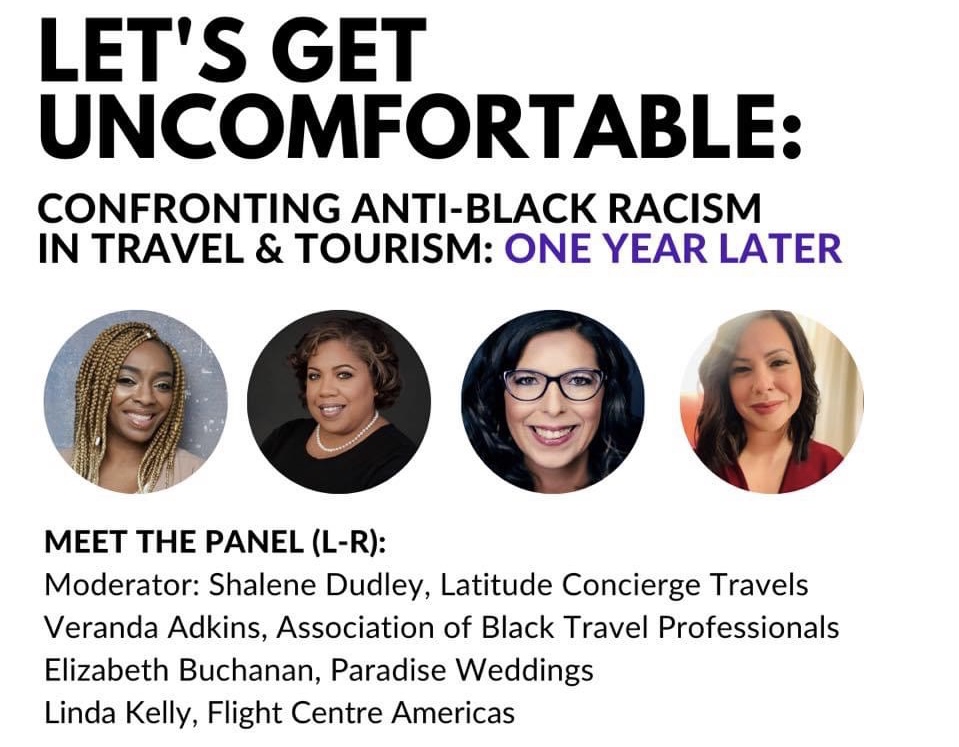 Buchanan believes that consumers and travellers will soon be the ones driving industry change as they are starting to make more ethical and conscious purchase decisions, which is trickling into travel purchases as well.

Similarly, Dudley says she rebranded her travel agency during the pandemic to align with suppliers and tour operators that represent her core values and beliefs.

One area continuing to lack in diversity is conferences and tourism events with panel sessions and keynote speakers. Rather than just calling it out, the panelists suggested a solutions-based approach by reaching out to the organizers with recommendations of experts in the field who would fit the bill for future events.

Booking insights: what and where is selling well?

Do clients need two doses of the same vaccine to travel internationally?