Brilliance abounds in our industry

The creativity just keeps on coming…
Travel Courier last edition showcased some of the resourcefulness that is a hallmark of the travel industry and more instances have since come to light.
Here are some examples of imagination that should make all in the industry proud: 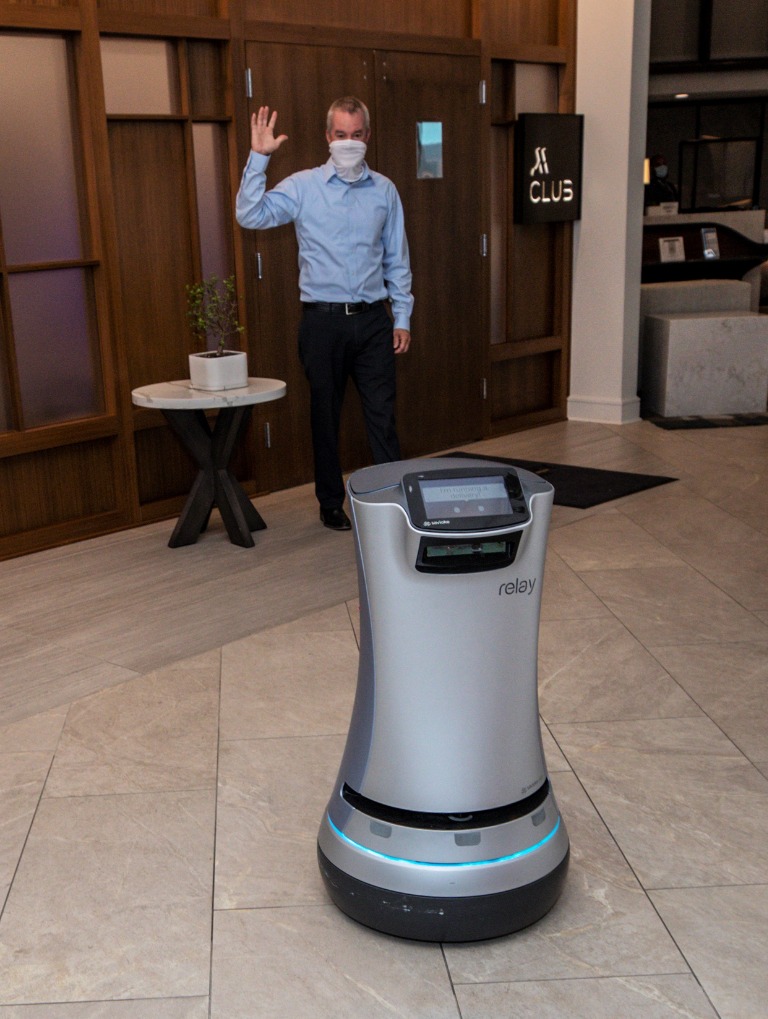 The property is using a robot dubbed Marribot — with the name being a contraction of Marriott and robot, and chosen after an internal contest among hotel employees — to undertake such tasks as delivering room service, with hotel general manager Jesse Hemphill saying Marribot isn’t the first robot to surface in the  hotel industry but is a first “for our region and it is the latest and greatest. Never before has the technology been so advanced and problem-free.”

Marribot is described as an automated delivery system, and “her (the hotel has decided her gender is female) primary use is to deliver requests from our guests to their rooms.”

And, Hemphill notes, the “robot concept certainly presents an interesting method for guest safety and social distancing. It’s also important to be focused on the many ways to enhance hospitality.” 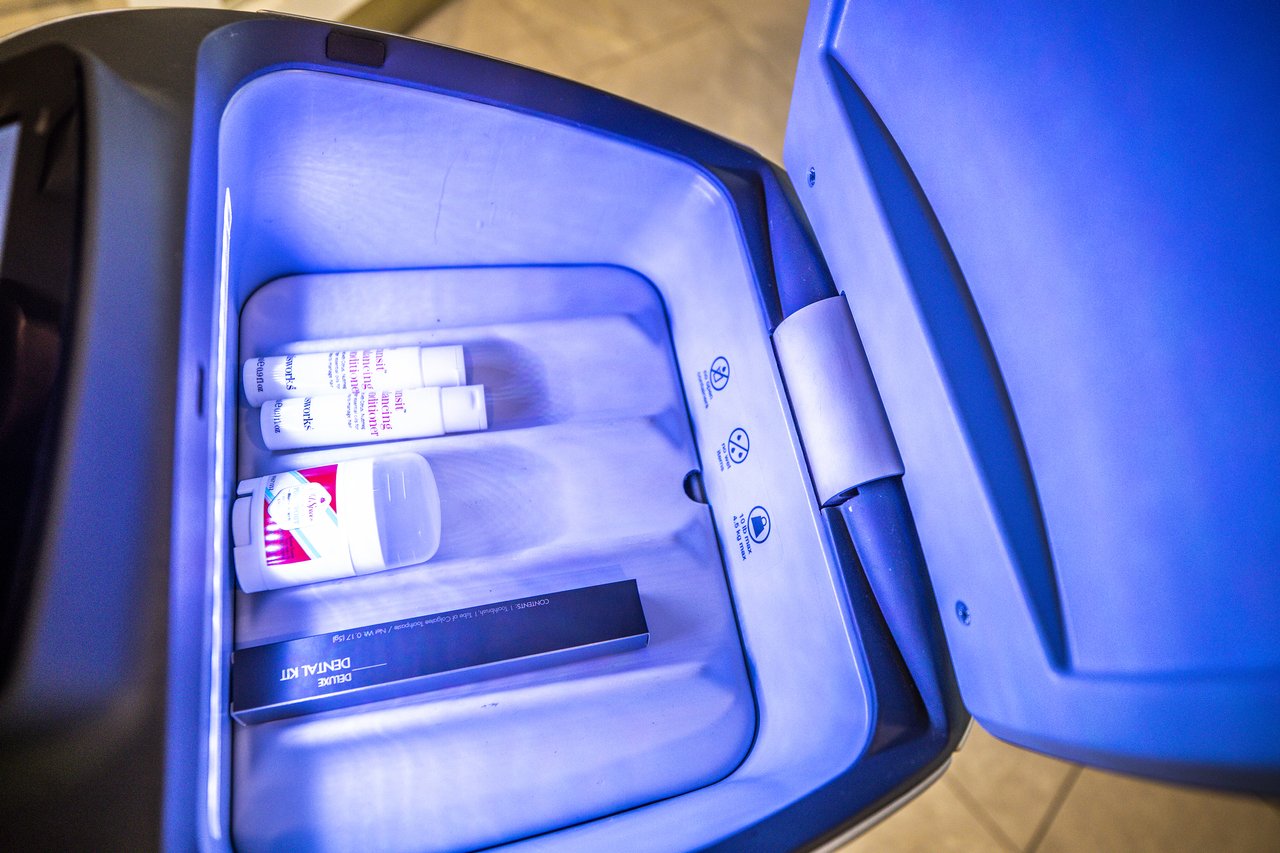 The robot is connected to the hotel’s phone system and will call the room it’s delivering to when it arrives outside the guest’s door.

She arrives unaccompanied by a human employee, with Hemphill declaring that “she boasts her independence. She has a specific elevator that has been outfitted with hardware that communicates between Marribot and the property network. She is able to call the elevator and have it take her to whichever floor she needs to go to. 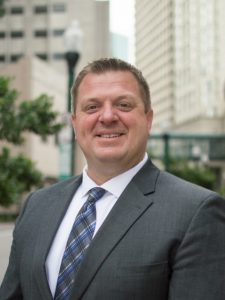 “One night on Monday night football the two announcers were going back and forth about this robot that delivered a toothbrush to their hotel room,” Hemphill continues. “Our corporate managing director witnessed this dialogue unfold and thought it would be the perfect attribute to our upcoming large scale renovation. Now, it is a clear statement to our full commitment to the future of this property and compliments the newly renovated property perfectly.”

Hemphill says Marribot routinely wows guests: “How often do you see something move out of the corner of your eye only to realize it was a robot scooting by? We are always seeing posts and videos shared on social media from our excited guests and their interaction with their new robot friend.”

Hemphill reassures that guests won’t have to reach for their wallets after futuristic delivery of  their room service.

“No, Marribot is not a tipped position, but don’t worry — she makes a good salary to support her Starbuck’s habit,” Hemphill states. 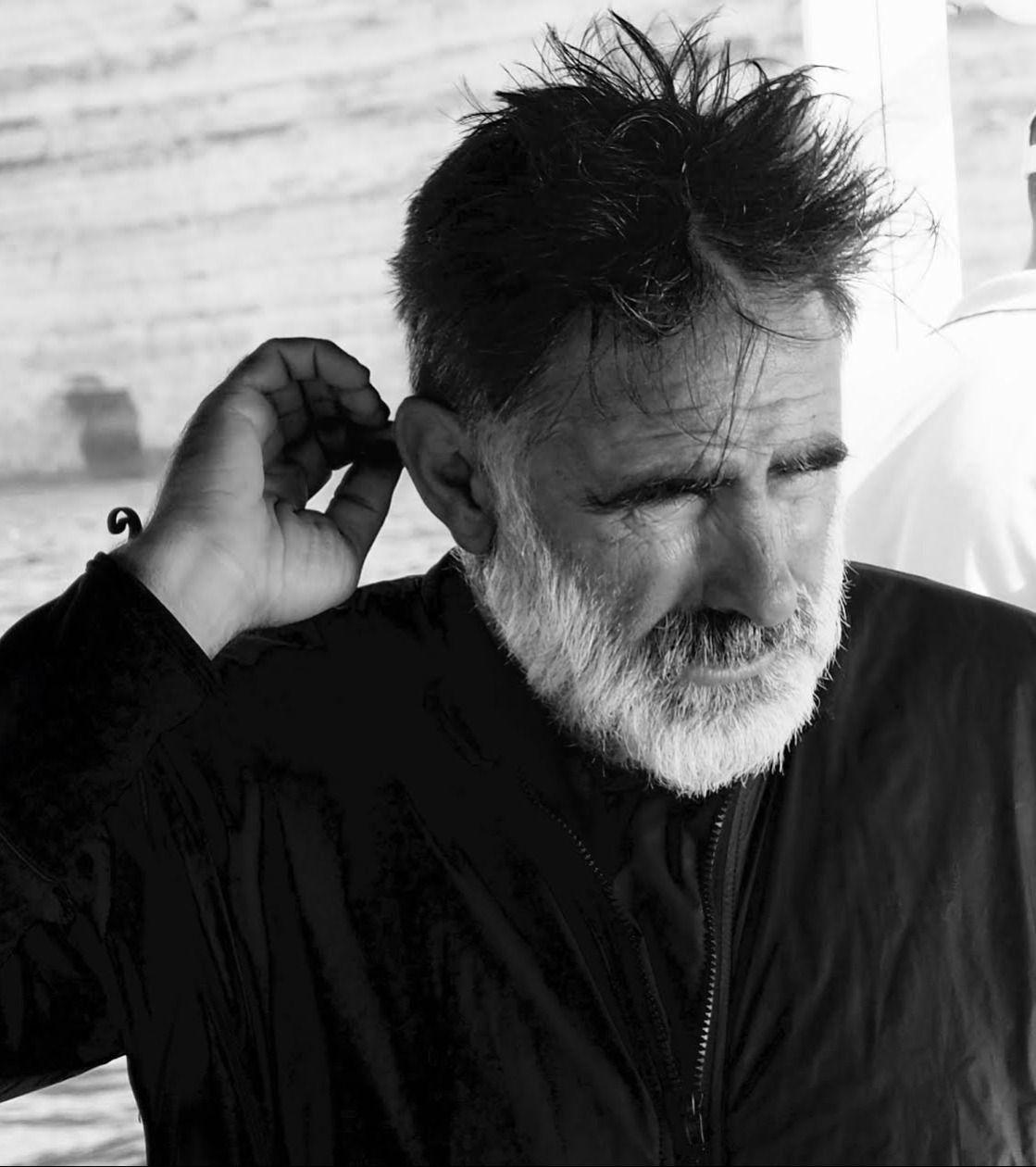 Divers and non-divers alike can now easily get the literal low-down on long-submerged and historically significant planes and vessels off Malta’ shores without getting their feet wet.
The island has just launched The Virtual Museum – Underwater Malta, which it says is the first of its kind in the Mediterranean and an innovative way for viewers  to access underwater archeological sites that span an era from World War II to a Phoenecian vessel that went to a 110-meter deep watery grave some 2,700 years ago.

Ceramic objects the Phoenician boat was carrying can be seen by those visiting a project that uses 3-D models, VR video and photography to enable people to see panoramic underwater views of vessels and aircraft that have generally been “out of sight and more often out of mind” from the comfort of their own homes.

But tourism officials also hope that images of shipwrecks and sunken planes — “historic time capsules” in the words of the museum — will spur interest among divers in Malta vacations.

The Underwater Malta project was done in collaboration with the Malta Tourism Authority, the University of Malta, and Heritage Malta, and is the result of five years of collecting images and data that allow audiences to get the “full underwater exploration experience.”

It now features 10 sites at depths of up to 110 meters and it’s hoped another 10 will be added by the end of 2020 and more in 2021. Museum visitors can now view shipwrecks and sunken planes off Malta’s coast. Images and accompanying descriptions are provided for the likes of WW II planes, among them an American B24 Liberator bomber, a Luftwaffe JU 88 aircraft, and a British Bristol Beaufighter.

Displayed ships include the HMS Stubborn submarine and HMS Maori destroyer, British naval vessels that fought in the Mediterranean in that same conflict, with Malta having played a pivotal role in WWII campaigns because of its location. The Maori’s eventful history saw it sunk during a German bombing raid, raised and eventually scuttled.

University of Malta professor Tim Gambin says, “the concept of the museum highlights the importance of Malta’s heritage that can only be found underwater. What we see today is just the tip of the iceberg. There was intense research done behind this project using different media and technology to unveil the 10 sites online now,” adds Gambin, who’s hopeful the museum will boost Malta’s popularity among divers. 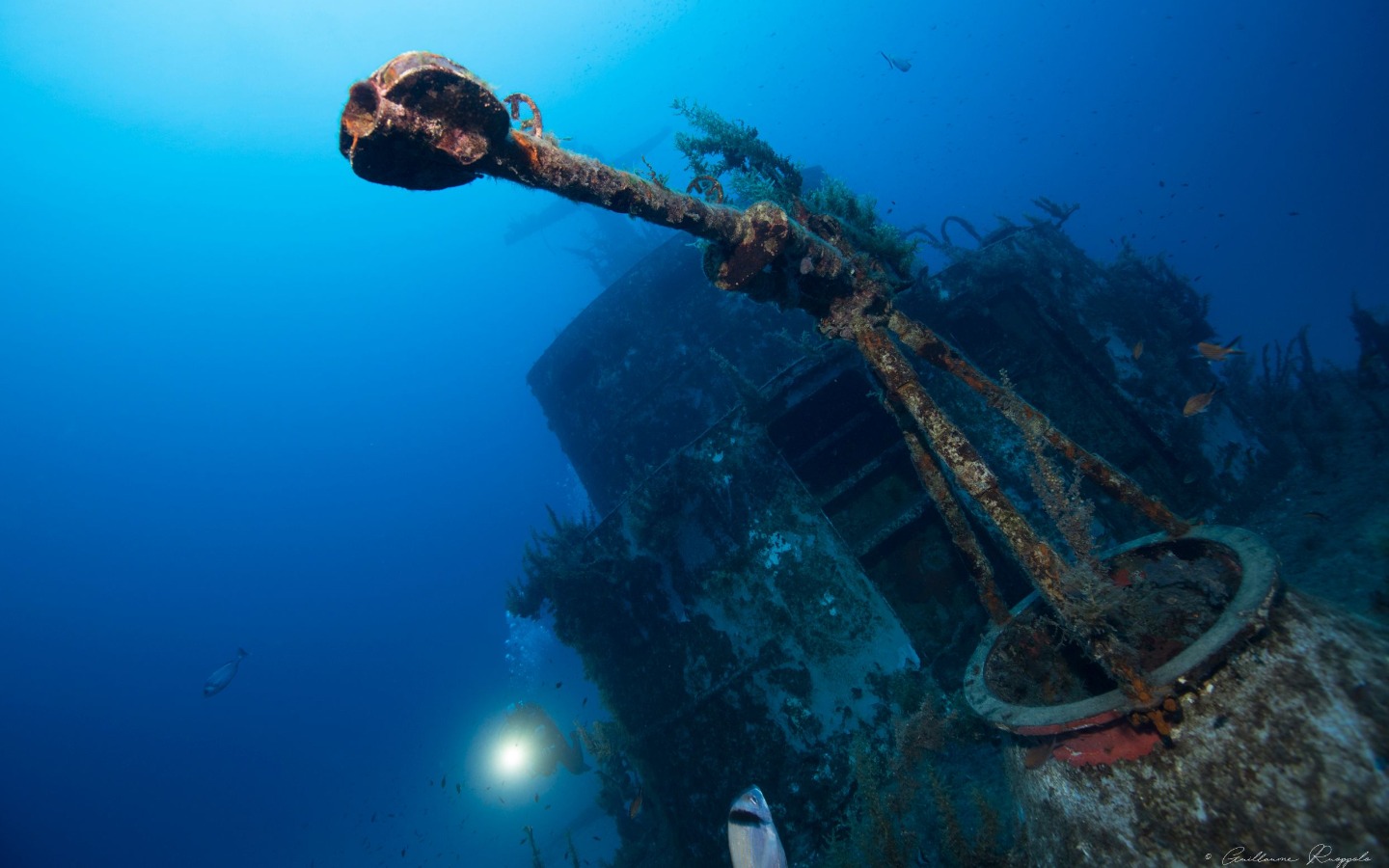 “This could be massive as divers will be in a position not only to choose the sites they wish to dive but also plan aspects, such as photography etc. We will also be adding sites over the coming 24 months so even people who have already traveled to Malta will be wooed back by new sites,” says Gambin, who serves as the museum’s director and holds a doctorate in maritime archeology.
“The Phoenician shipwreck is the oldest in the central Mediterranean — its inclusion, along with more recent sites — helps provide the visitor with an idea of the variety of submerged cultural assets present in Maltese waters.”

Although the museum’s focus is on history, it does intend to add sections on local marine life.

Malta Tourism Authority CEO Gavin Gulia notes that the museum “is a first, not just for Malta, but for the entire Mediterranean region. This Virtual Museum will enrich our diving tourism.”

Gulia noted that in 2019 there were over 100,000 tourists visiting Malta who took part in diving activities. “This Malta Underwater project will also make more of Malta’s cultural heritage accessible to all tourists, not just the divers.” 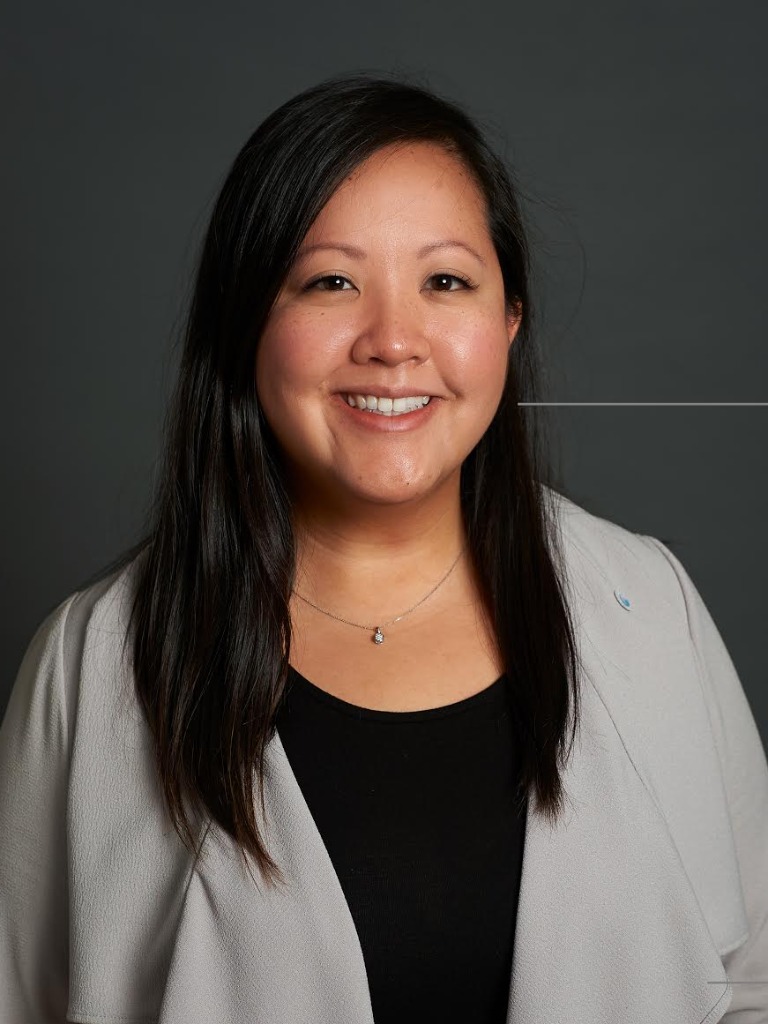 Those booking Luxury Gold’s Majesty of the Rockies tour may meet someone who’s well familiar with mountain slopes in the West.
Luxury Gold’s Chairman’s Collection experiences provide opportunities to meet legendary locals and celebrated icons around the world. The experiences are personally curated by The Travel Corporation chairman Stanley Tollman as he uses his personal connections that were inspired by his life in travel and his wish to share travel memories with guests.

Canadians can explore within their own backyard on Luxury Gold’s 14-day Majesty of the Rockies, and on select Chairman’s Collection departures dates, meet former National Ski Team member and B. C. native Rob Boyd — an Olympic competitor and three-time winner on the World Cup ski circuit — at the Four Seasons Whistler during a cocktail reception.

“It really is mind-opening to meet and hear about the life of such a notable individual and the role he has played for Canada in the Olympics. I hope and expect they (those on the tour) will enjoy hearing some Canadian history and interacting with the locals.”

Wong says Luxury Gold is determined that its tours not be mainstream.

“There is so much opportunity in terms of marketing and the experiences we can offer guests,” she says. “The more creative we can be, the better – creativity is what offers the most unique experiences and what clients would be most attracted to. The sky’s the limit in the travel industry, though we must still operate sustainably, consciously and ensure we #MakeTraveMatter, which we do through our TreadRight Foundation.” 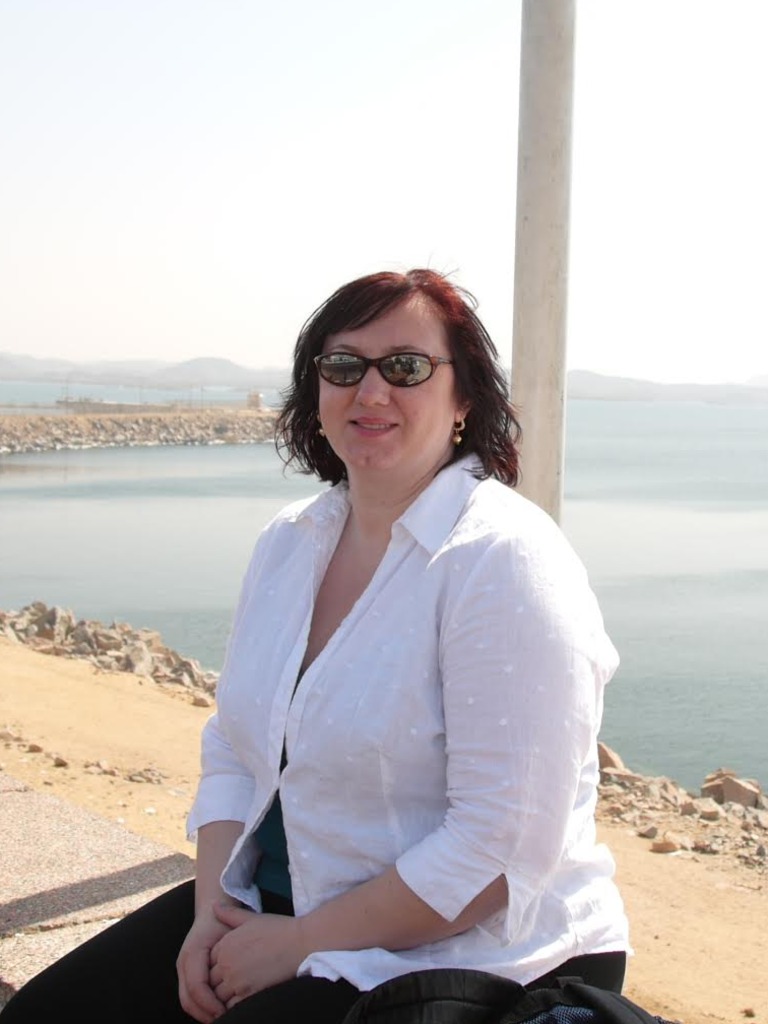 NARAT has a tour it believes has people in destinations visited dressed for success when it comes to entertaing those visiting part of Indochina.

The tour operator has itineraries focused on women-only travel around the world. and curated to their interests and activities. Many are led by female guides, support local charities promoting the welfare of women, featuring the likes of visits to handicraft workshops that benefit local women.
NARAT women-focused tours can include wellness programs, culinary programs and fashion and shopping programs, with its Fashionista Indochine tour of Vietnam traversing the country, visiting locations known for fashion production; specifically clothing and fashion accessories.
“Vietnam has a long association with fashion, with an East Orient culture that embraces women’s fashion,” says NARAT’s Renata Snidr. “Vietnam was a key part of the ancient Silk Road that propagated women’s fashion in Europe, and the silk and clothing industry has flourished for 1,000 years. You will find a number of Vietnamese clothing designers recently entering the international fashion stage.”
Snidr says there’s plenty of interest in fashion among travellers, particularly women.
“What you find is that a number of general tours of Asia have some shopping component built in at a point, or at certain points in the itinerary. However what invariably occurs is that the time allotment for these activities is at a minimum, not conducive for a meaningful fashion or shopping experience, the locations visited do not meet the standards and expectations of the participants, or locations are considered ‘touristy.’ With most women the single most important component is personal fashion where shopping is involved on tours, and what NARAT has done is expand on that activity.”
She says the facilities visited on NARAT’s Vietnam fashion program are “carefully selected, high-quality establishments that we have partnered with, and set a number of working criteria for our tours, including client service, selection and quality of product. The commodities are current and on par with international manufacturing. We also have a tailored process with the establishments for the tour clientele that is designed to ensure customer satisfaction, including access to custom-created fashion elements.
“Unique about these tours is that fashion shopping activities are balanced with touring schedules, so that sightseeing activity is not impacted. These include touring activity adjusted around second , third and fourth fittings and merchandise delivery to hotels.”
Snidr is convinced that those who take the tour will be more appreciative of fashion.
“The  fashion tours of Vietnam are produced to enhance the fashion and shopping experience,” she says. “There are salon activities, wellness activities, curated gastronomy events and designer accommodations that are all integrated into the program in a coordinated way to accomplish an elevated tour experience centred on the fashion theme. The shopping value is also  a benefit by itself, where one covers a good portion of your travel expense from the saving resulting from purchases. Most individuals appreciate being fashionably attired, I believe. What holds most (travellers in general) back is the cost and means of achieving that outcome.”

Monumental sights to see around the world

Tourism trade comes to the defence of wildlife