Richmond, Virginia’s Poe Museum — which recounts the life of novelist Edgar Allan Poe — is home to two black cats whose very colour and and names recall the celebrated  author, considered the father of the horror novel.

“The fact that two black cats live at the Poe Museum is quite serendipitous,” she says of the duo. “Edgar Allan Poe even wrote a story titled The Black Cat. Poe loved animals, including his tortoiseshell cat Catterina. I think that we would have kept Edgar and Pluto no matter the colour of their fur. We found Edgar and Pluto living on our property, so they chose us just as much as we chose them.

“Pluto is named after the cat in Poe’s story The Black Cat, and Edgar is named after Edgar Allan Poe himself. The names are very fitting for the personalities of the cats, and no other name would do them or the museum justice. They help to bring Poe’s stories to life.” 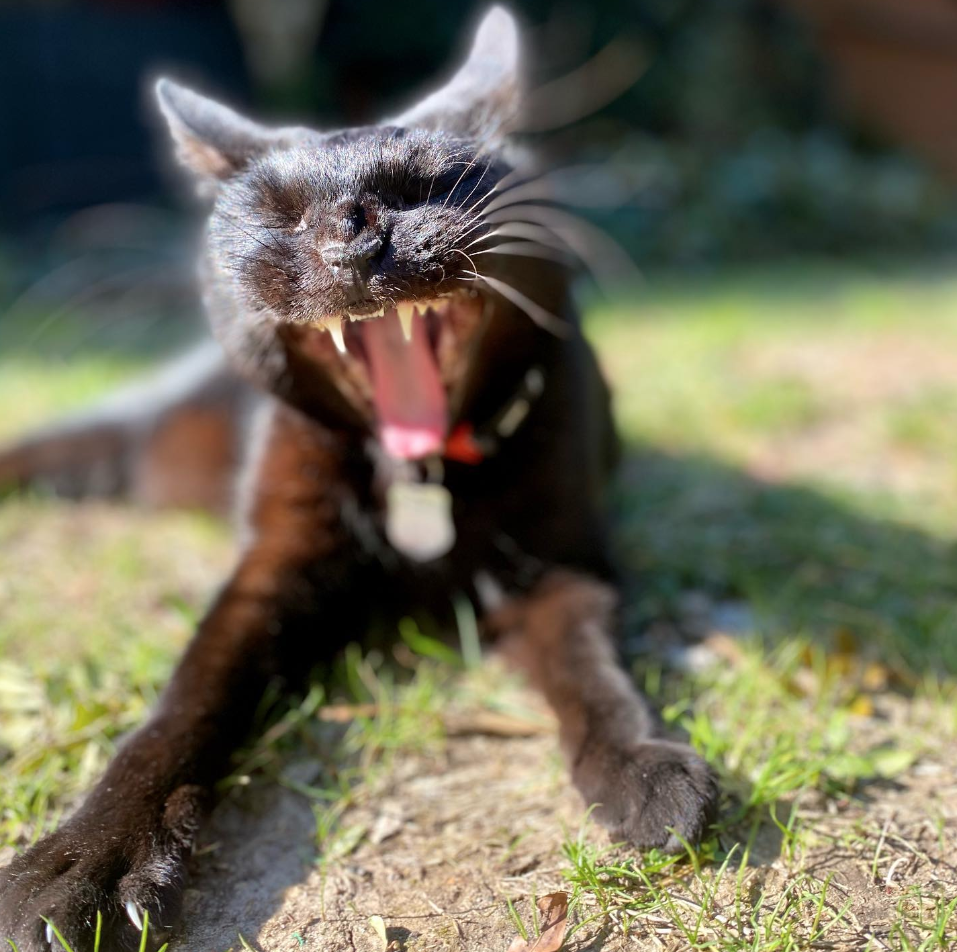 Poe’s cat Catterina would apparently sit on Poe’s shoulders as he wrote his tales of terror.

Poe was even offered a baby deer as a wedding present, but turned it down due to concerns about not being able to care for the animal properly. “It appears that the master of the macabre had a soft side,” Northup reports.

The sight of the first daily museum guests means it’s time for  brothers Pluto and Edgar to start their daily routine, which involves greeting people, giving tours and attempting to steal food. Pluto takes the initiative, running up to groups for much needed attention, whereas Edgar prefers a more subtle approach, letting people approach him.

The pair has made the museum their home since being found as kittens in the garden during 2012.

Edgar and Pluto enjoy wandering through the exhibits, but are much more interested in the museum’s Enchanted Garden, where they can nap in the sun, chase birds and squirrels, and receive pets from adoring guests.

The cats have their own Instagram account, which has amassed about 2,000 followers, some of whom Northup said visit The Poe Museum just to see them.

The duo receives support for basic care like food and vet costs from museum donors. Some give money specifically for the cats. 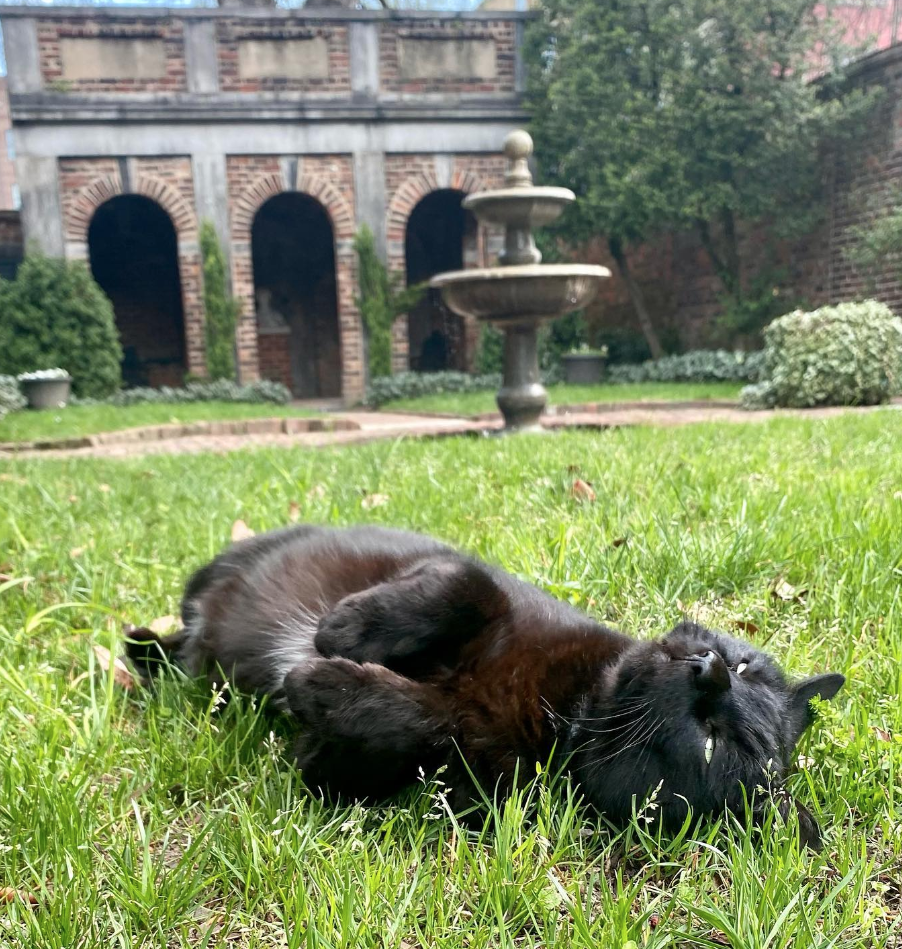 The price of admission, as well as the sale of merchandise like stuffed animal versions of the duo, also help.

“Edgar and Pluto fit in perfectly with the nature of The Poe Museum,” Northup adds. “Like many cats, they can be aloof, hiding in shadows or slinking silently through the garden. On the other hand, they are wonderful at providing comfort and entertainment to children who may be apprehensive about entering a museum of horror. Edgar and Pluto have lived here their whole lives and are used to many things that other cats might not be. For instance, they are incredibly affectionate with strangers.”

It’s hard to tell the cats apart at first glance but their personalities differ.

“Edgar is a bit moodier than his brother and enjoys his solitude,” Northup said. But he expects visitors to pay him homage with a belly rub while he basks in the sun.

“I think we chose the right one to be named Edgar,” Northup said. “He seems to be a bit more like Poe himself.

“Pluto, on the other hand, is more of a social butterfly and loves running up to big groups of people for attention. He was named after the cat in Poe’s story The Black Cat.,” which Northup labelled one of Poe’s darkest stories. Thankfully the museum’s Pluto sees a much better fate than his fictional counterpart, she adds.

Edgar and Pluto sleep inside the museum where they are comfortable, with museum collections safe from any cat shenanigans.

Meanwhile, Northup says museum visitors shouldn’t be alarmed by a long-running superstition and indeed actually welcome seeing Pluto or Edgar suddenly dart in front of them.

“At the Poe Museum we consider black cats to be good luck,” she states. “Seeing a black cat cross your path at the Poe Museum usually means you can expect some feline cuddles in your future.”