Pire El Cid is inviting people to view what amounts to something of a maternity ward for his flippered friends.

El Cid works at the Marine Turtle Rescue Center on the Cuban island of Cayo Largo, which in turn works to help boost the local sea turtle population, work made important because of declining sea turtle numbers in much of the world.

Female turtles lay eggs on Cayo Largo beaches from April into the fall and then return to the ocean. Center staff then gingerly remove eggs from nests, taking them to an incubation area, where they’re reburied in a marked area where there’s no risk of people inadvertently trampling on them, one of several potential hazards.

Eggs from the green, loggerhead and hawksbill turtles usually take around 60 days to hatch.

After the turtles hatch, they’re briefly held in tanks in which they’re fed, strengthening them before they’re released on a beach to head for the ocean waters in which they’ll spend most of their lives.

“This is where they open their eyes for the first time,” El Cid states of the rescue center. 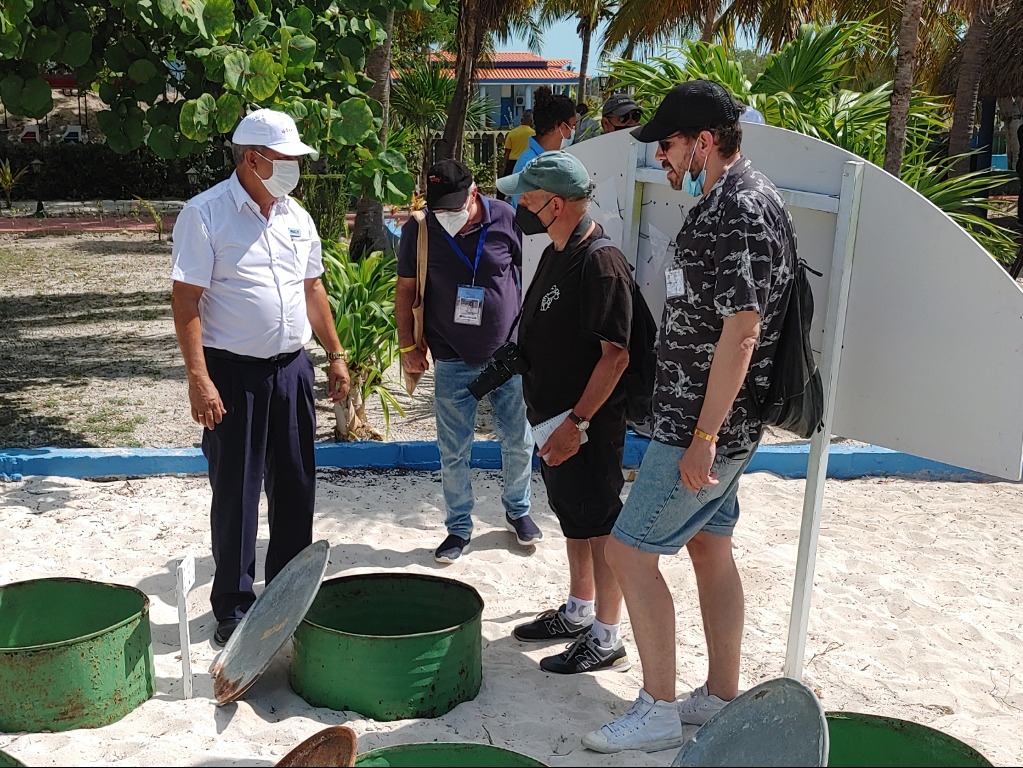 Tourists are welcome to assist center efforts, including helping release the turtles on the beach from which they first enter the ocean.

About 80% of  turtle eggs laid in the area and then taken to the center and overseen by center staff result in hatchlings that will make it into the ocean, a far greater percentage than would be the case if they were left on their own, where among things seagulls may feed on them.

El Cid says sea turtles have what amounts to a “natural GPS,” with the occasional turtle born on Cayo Largo ending up in Mexico or the Cayman Islands “but the great majority come back” to their Cuban birthplace to nest. “This is their home.”

Although the center wants turtles whose births it oversees to enter the vast ocean off Cayo Largo’s shores, it does keep some on site to help educate visitors about the creatures and threats to their existence.

The center has an information center.

As well, some of the turtles that visit Cayo Largo are tagged, helping scientists track their movements.

Cayo Largo has significant ties to this country, with the Sunwing Travel Group recently signing a 10-year agreement with Cuban authorities to run all hotels on the island.

Meanwhile, El Cid says tourists who visit the facility tend to be enthusiastic about sea turtles and are eager to help ensure their survival.

“They are sea turtle lovers,” he says of the visitors.