Curaçao: a destination for thrill (and chill) seekers 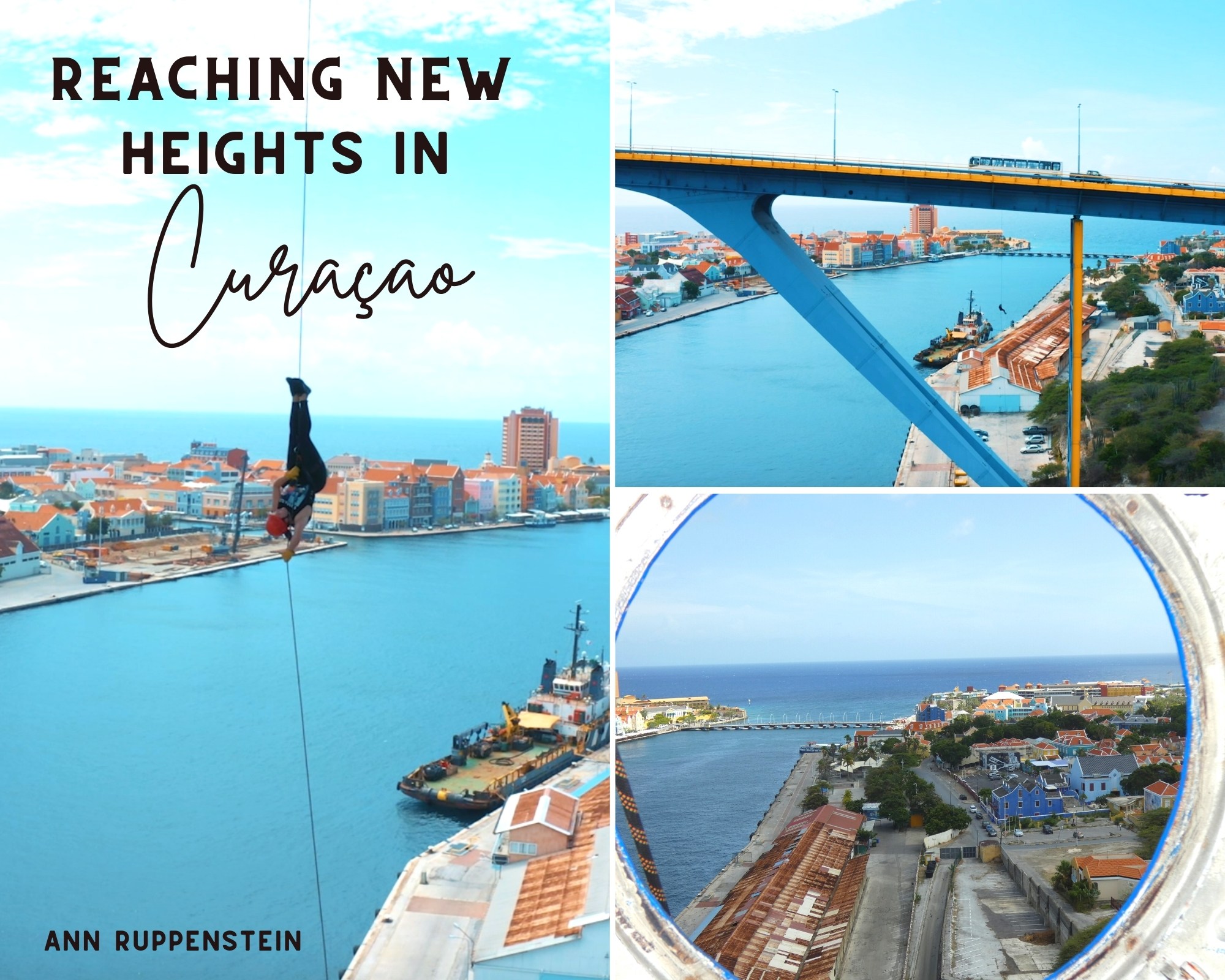 I can feel my heartbeat pounding in my throat as I contort my body through a small circular window along the tallest bridge in the Caribbean and step out onto a thin railing to the sound of traffic whizzing by above my head.

Despite telling myself not to look down in case it would cause my courage to waver, I can’t help but glance out over downtown Willemstad, the capital city of Curaçao.

Clutching onto the Queen Juliana Bridge with both hands, I think of how few people get to experience this vantage point as I gaze across the landmark pastel-toned buildings lining St. Anna Bay some 150 feet below.

I snap back from elation to reality quickly as my climbing instructor, Albert Schoop of Vertical Fun Curaçao, reminds me that it’s time to start the rappelling process.

Gripping the rope attached to my harness like my life depended on it, I slowly lower myself backwards as my feet remain planted on the side of the rail.

I let out a small scream (okay, maybe it was a big scream) after I kicked my feet off the ledge and my body swung back and forth until the momentum wore off.

Finally feeling secure knowing that I was truly strapped into the harness, I start feeding the rope through my fingers until I stop descending.

“Let both hands go,” I hear Schoop shout from above me.

I release my left hand from the rope for a few seconds, instinctively grabbing the rope again before letting go with my right hand, repeating the process several times. 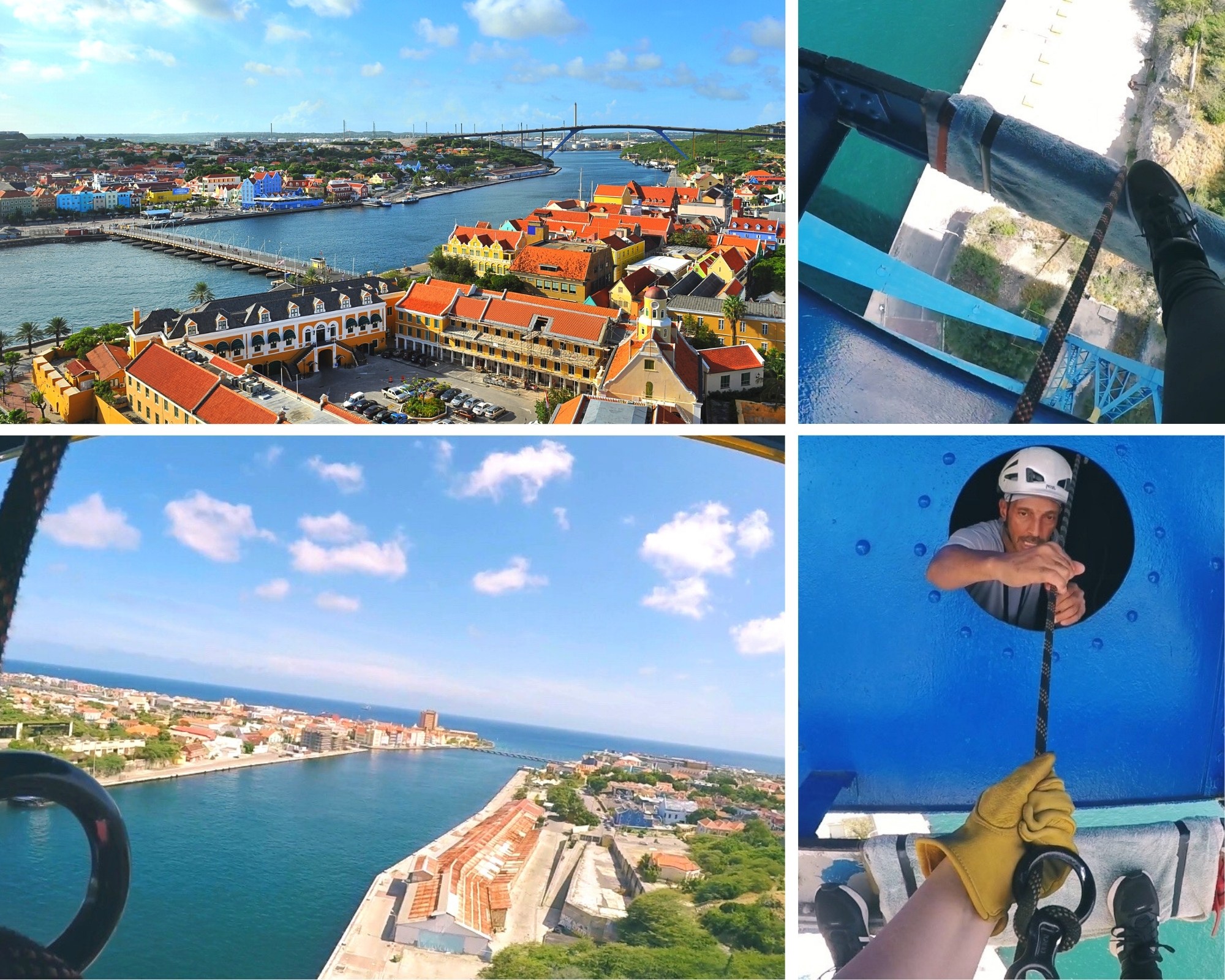 “Spread your arms!” he exclaims. “Both arms!”

Going against every natural instinct in my body — I eventually let go with both hands and dangle backwards in a Spiderman pose, feeling exhilarated.

Although I felt quite brave at the time, back on solid ground Schoop shares some details about those who have completed the quest before me.

“My youngest client off the bridge was five years old and the oldest was two weeks away from turning 83 years old,” he says.

A police officer by trade, Schoop originally got into rappelling through work, organizing training rappels as the local riot commander, becoming certified as a rappel master and gaining specialist training in tactical rappelling with a Dallas PD SWAT team.

“Up to 1994 I used to watch rappelling on TV and think you must be very crazy to hang from such a thin rope at great heights,” he recalls. “I started doing it on my own with family and friends and there was always someone suggesting I should do this commercially.”

Schoop now has permission to run excursions off the bridge for tourism purposes, and works alongside tour operators and travel agents on commissionable packages. 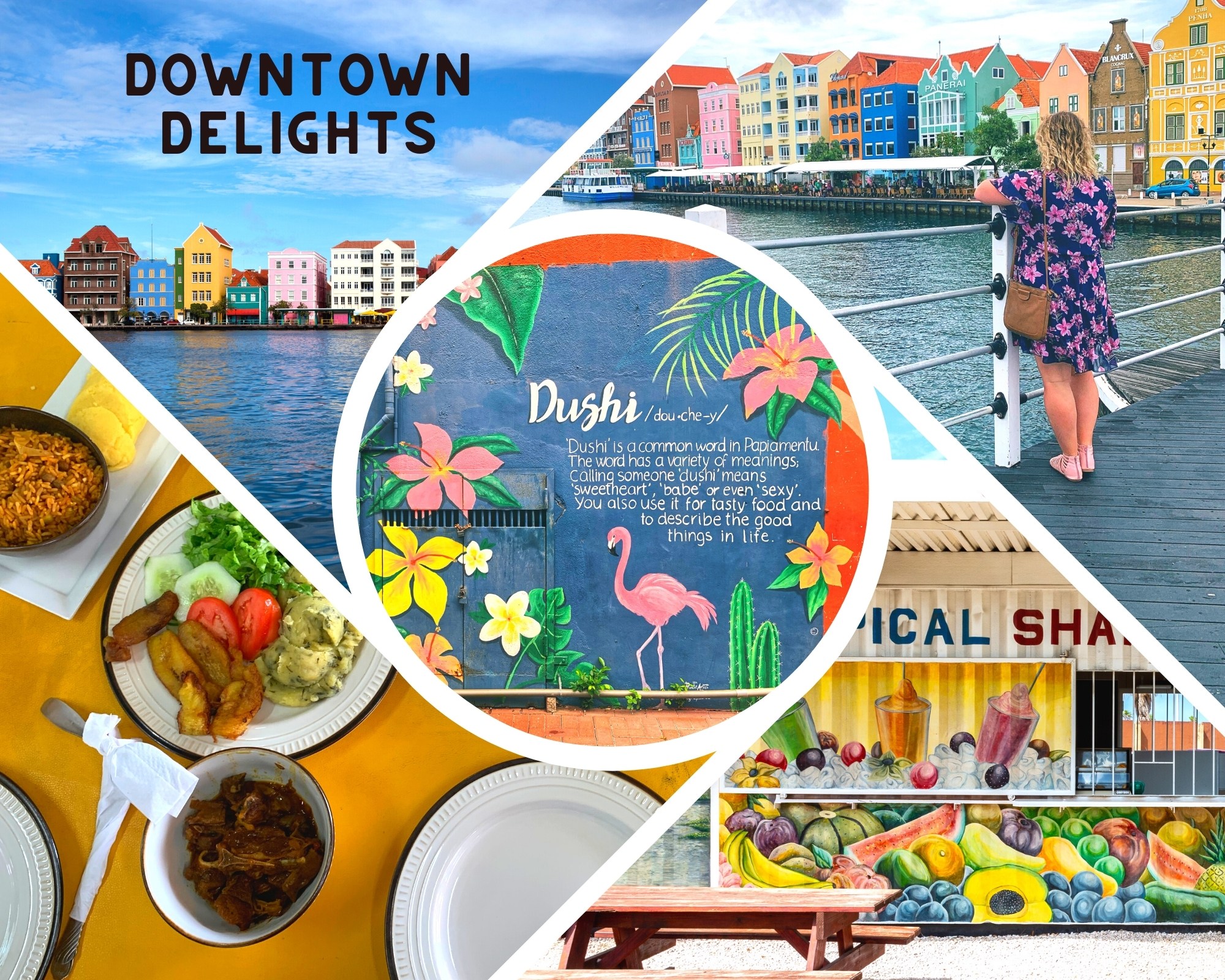 A few days later, Clarita Hagenaar is leading a culinary walking tour across another notorious bridge in the city, Queen Emma Bridge, the floating bridge that connects the Punda and Otrobanda neighbourhoods.

In between sampling a smoothie and a spicy black eyed pea fritter (kala) made with habanero peppers — “a traditional local snack that was served as soon as there was a party” — the 79-year-old explains how Handelskade, one of the most recognized and colourful parts of Curaçao, used to be all white.

“Legend has it that we had a governor who said stop painting the houses white because of the reflection of the bright sun,” says Hagenaar, the founder of Clarita Food Trails.

Fact or fiction, he ordered the change because the reflection caused him to have terrible migraines. Nowadays, the colourful pastel-honed hues of its buildings are part of the charm of the UNESCO World Heritage site. 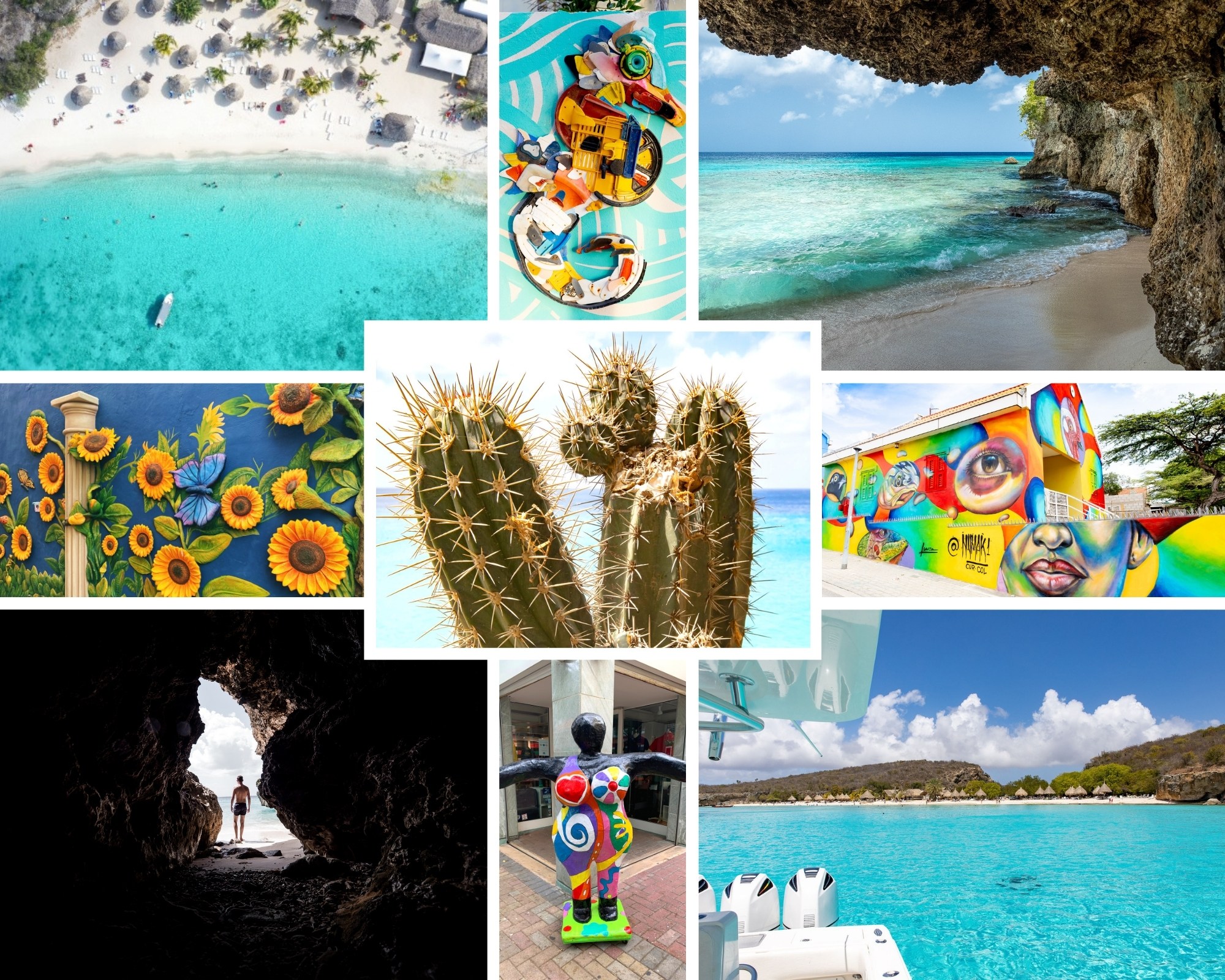 “As a sign of respect, you don’t call your eldest sister by her name,” she says. “It’s Chichi.”

Today, Chichi dolls created by artist Serena Janet Israel are found across the island, including the entrance to the newly opened Sandals Royal Curaçao, and can be purchased as souvenirs or original works of art. Chichi represents the eldest daughter of the family, who binds the family together in a loving and caring way, taken from the Papiamentu word for big sister.

With dishes influenced by Dutch and Afro-Caribbean cuisines, we eventually reach Plasa Bieu, an old market that’s an authentic lunch spot for locals.

“What happened is that old ladies started to cook food for themselves on old stones next to them because they needed to eat as well,” she says. “Those working around here would come by and say can you make a little bit more for me? Suddenly the whole market was cooking.”

Tours with Clarita Food Trails are a great option for foodie clients looking to indulge in some local flavours while learning about its culinary influences and the history of the island. 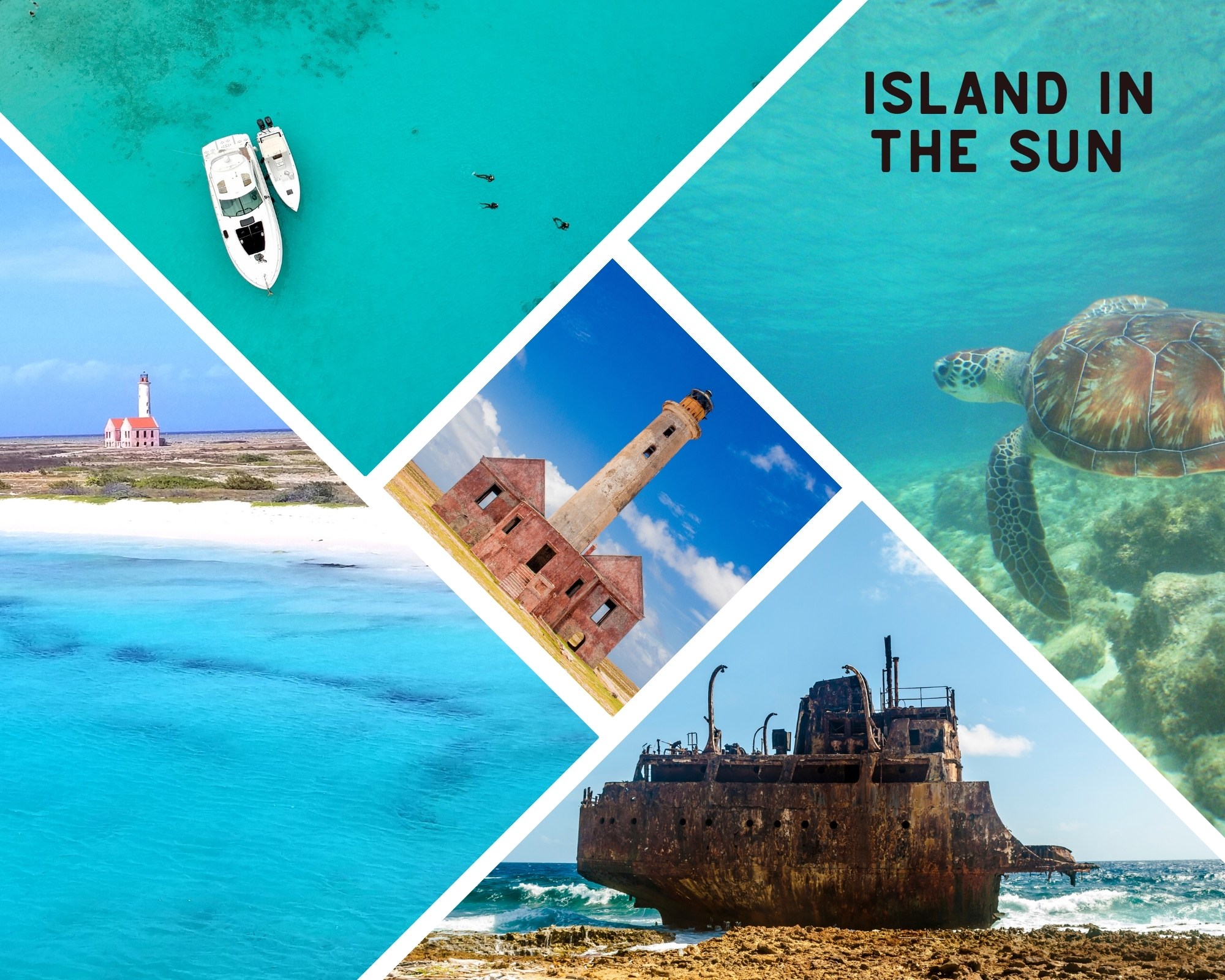 For those seeking a more chill-ing experience, Island Routes runs catamaran and superyacht tours to Klein (little) Curaçao, a small uninhabited island with piercing blue water about 42 km from the main island. Along with snorkelling for sea turtles and providing an idyllic backdrop for a scenic beach escape, there are some unique features to the flat arid island like an iconic pink lighthouse and several shipwrecks. The most notable is that of the oil tanker ‘Maria Bianca Guidesman,’ which is eroding into the shoreline.

Despite its beauty, it’s important to acknowledge the island’s dark past as the Dutch West India Company used Klein Curaçao as a quarantine grounds during the time of the slave trade.

The 1.7-square-kilometre island is divided into two starkly different sides, with the shipwreck coast being rough, rugged, rocky and dramatic, while the long stretch of sandy beach is picturesque with turquoise waters, and makes for a memorable day trip.

Along your travels you may hear the word Dushi, a Papiamentu word with multiple meanings. Unlike what it sounds like in English, it’s actually an endearing phrase meaning sweetie, honey, babe or even sexy. It can also be used to describe tasty food or the good things in life — so no matter where you find yourself in Curaçao, make sure it’s dushi.

Future Goals: from the ocean, for the future