Cruising into the recovery in 2022

After a tumultuous time during the pandemic, 2022 is expected to be a strong year for the recovery of the cruise industry. On April 6, the first cruise ship since 2019 is scheduled to call in Victoria, officially kicking off the return of cruising in Canadian waters.

“This was a long awaited announcement and will clearly have a huge impact on the Alaska cruising market in particular,” Christine James, vice president of TL Network Canada tells Travel Courier. “It’s not surprising that the cruise lines are seeing a significant rise in bookings since this was announced.”

In further positive signs, the CDC recently lowered its COVID-19 Travel Health Notices for cruise ships to Level 2, for a moderate level of caution. 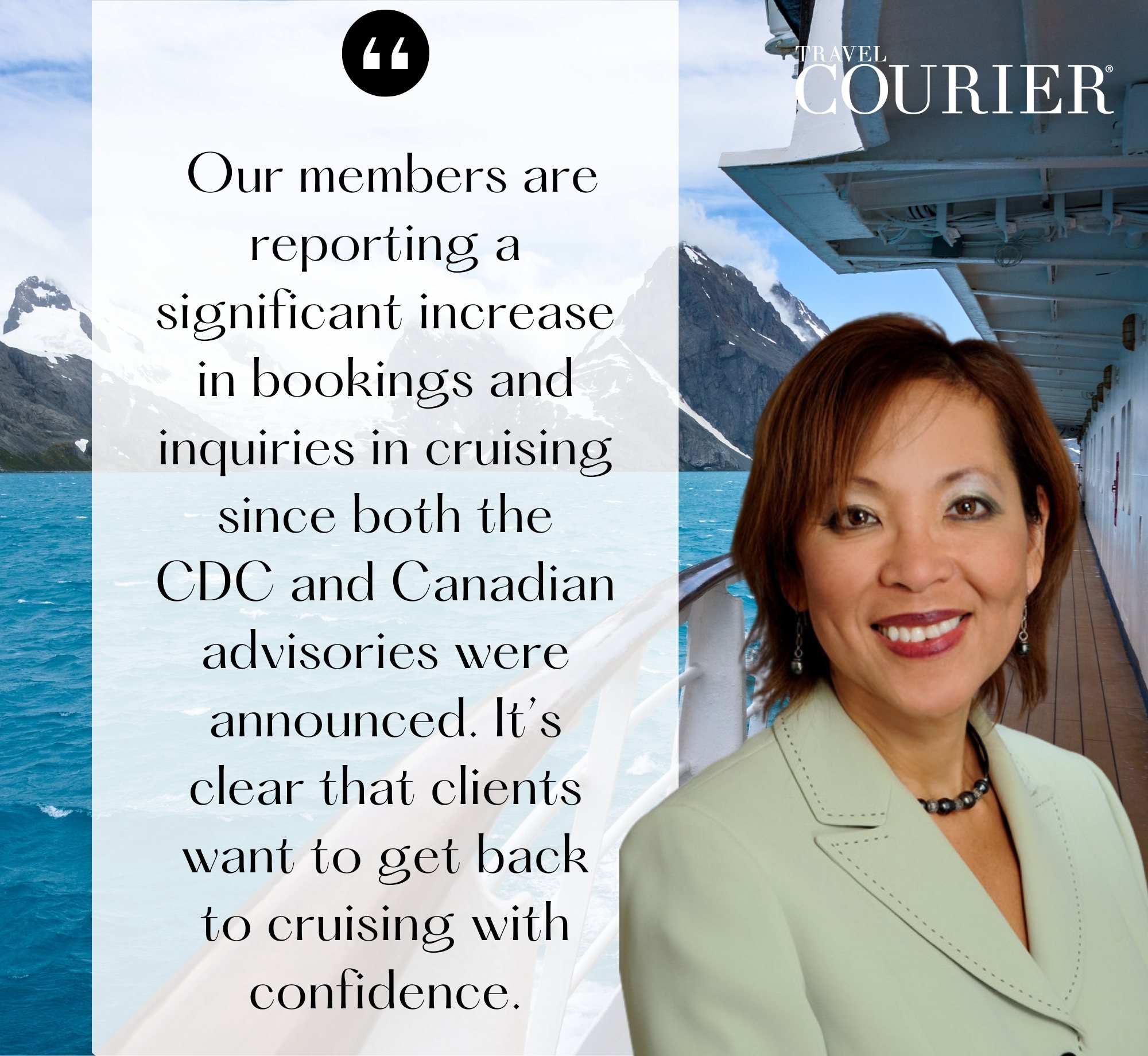 “Cruising is about to have the much-needed rebound and a wave of bookings unlike anything we’ve seen before, and every cruise seller should be ready,” says Caroline Hay, director of sales, TPI & president, Cruise CEO. “With the CDC and the Canadian Government recognizing the protocols in place truly are the gold standard in the industry, clients who were anxious about going against the posted advisory can now secure their future voyages. It will be incredible to see ships back in Canadian waters this spring allowing cruisers to see and experience all our port cities have to offer.”

Across both TPI and Cruise CEO, Hay says cruise bookings in February were on the upswing “with a 50% increase of bookings VS January — and that trend continues in March.”

In terms of booking windows, she says cruises are being booked to sail within the next six weeks, as well as an abundance of bookings for the remainder of 2022 and beyond.

“It’s an exciting time to be a cruise seller; capacity is increasing week over week, we’re seeing a huge surge of space availability coming into the market for advisors to sell and our cruise partners are eager to help our agents secure as many bookings as possible,” she says. 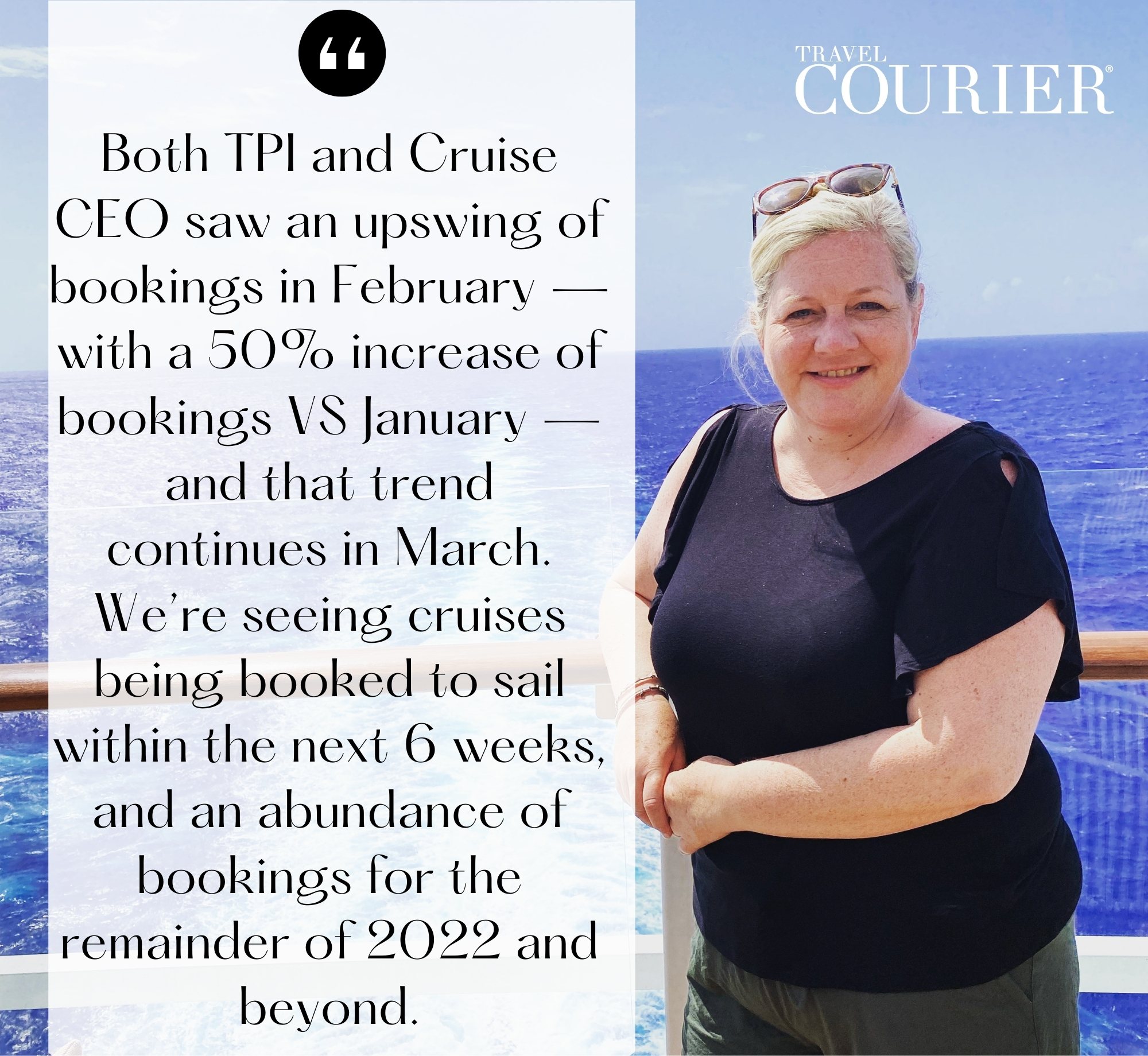 James also reports that agency members across the board are witnessing “a significant increase in bookings and inquiries in cruising since [changes to] both the CDC and Canadian advisories were announced.”

According to CLIA, prior to the pandemic the cruise industry supported approximately 30,000 Canadian jobs and generated an estimated $4.3 billion in total economic benefits, including $1.9 billion in direct spend, and $1.44 billion in wages and salaries each year.

“It’s clear that clients want to get back to cruising with confidence,” James adds.

Gus Antorcha, president of Holland America Line, also highlighted that Canada is important to its deployment with multiple Alaska-bound cruises calling on Vancouver.

“We’re very happy with the recent news out of Canada — really giving the consumer that certainty that we’ll be sailing out of Canada and stopping in Canada this summer so we’re very excited about that,” he says.

From bucket list trips to extended getaways, here’s a look at what agents are booking right now