Lynx Air is ready for takeoff

Dubbing itself an ultra-affordable airline rather than an ultra-low cost carrier, Lynx Air has big plans for the Canadian market. During an event held in Toronto on March 17, CEO Merren McArthur announced a major expansion out of the Toronto region, adding four new destinations and five new routes to its network.

“By the end of July, we will be flying 92 flights per week in and out of the Toronto area, which is more than 17,000 seats per week. This is a big investment for a small startup like us,” said McArthur. “We’re offering really great prices and that’s what we want to do to attract people to our airline, but then we want to earn loyalty from our customers through providing great customer service. Our model is about growing the market share, so we’re not going to steal traffic from our competitors, we want to grow the market.” 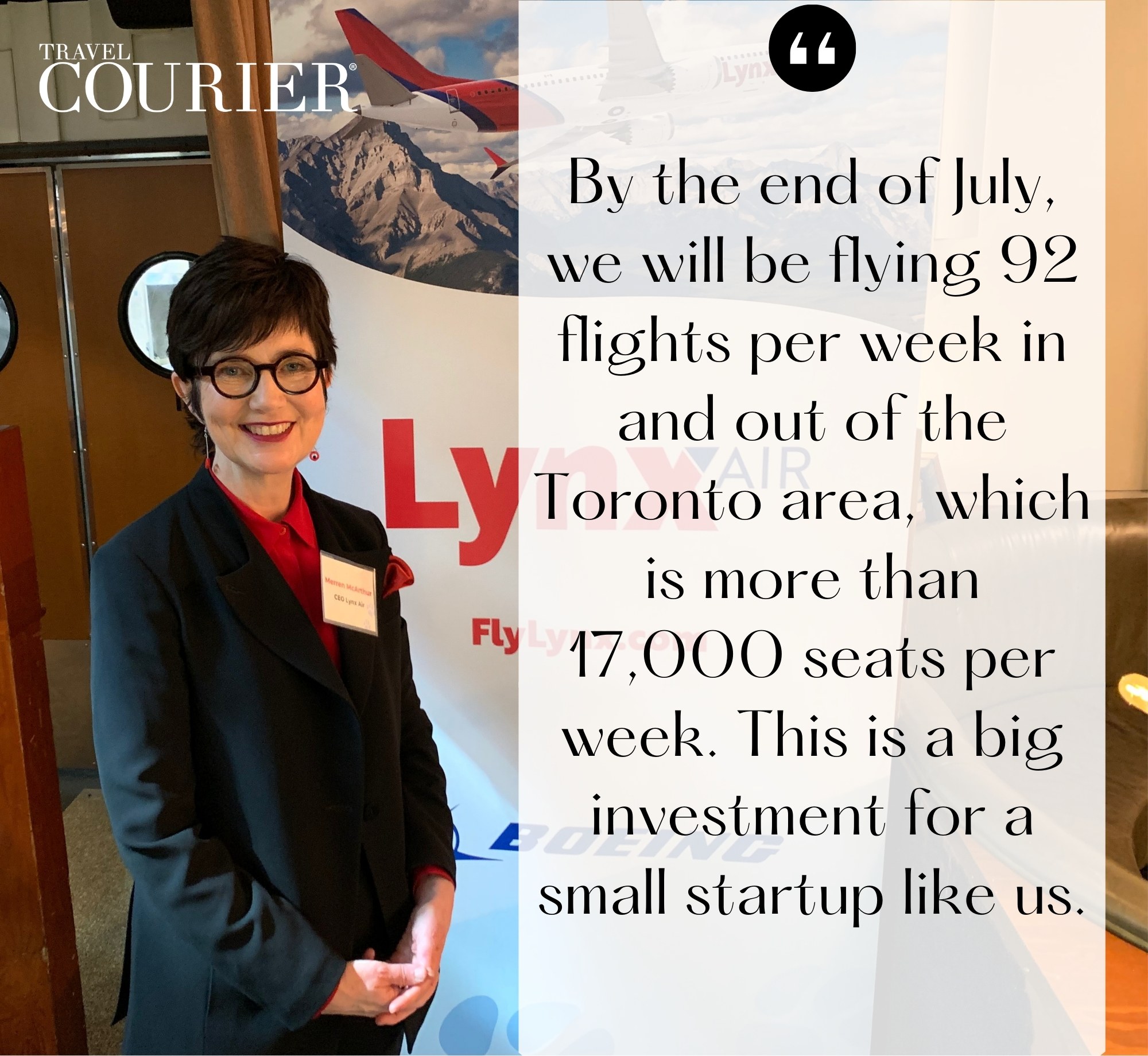 The newly announced Lynx routes are:

“We already had three destinations, which were Calgary, Winnipeg and Vancouver on our network map,” she said. “We believe airfares have been far too high for far too long in Canada.”

Lynx is set to takeoff on its first flight between Calgary and Vancouver on April 7, followed by Calgary and Toronto on April 11 on brand-new Boeing 737 aircraft. Lynx will also be increasing its frequencies between Toronto Pearson and Calgary from seven flights per week to twelve flights per week from June 28.

“We’re really excited to have Lynx with us at Toronto Pearson,” said Julian Carron, manager of route development with the Greater Toronto Airports Authority (GTAA). “We’ve all been impacted and affected by the pandemic and now it’s great to have our industry really starting to satisfy pent up demand and changes that we’ve seen in the industry. The domestic landscape is nothing short of change and you’re a change maker, there’s no question about it. Toronto Pearson had 85,000 people last week so we’re on the recovery.” 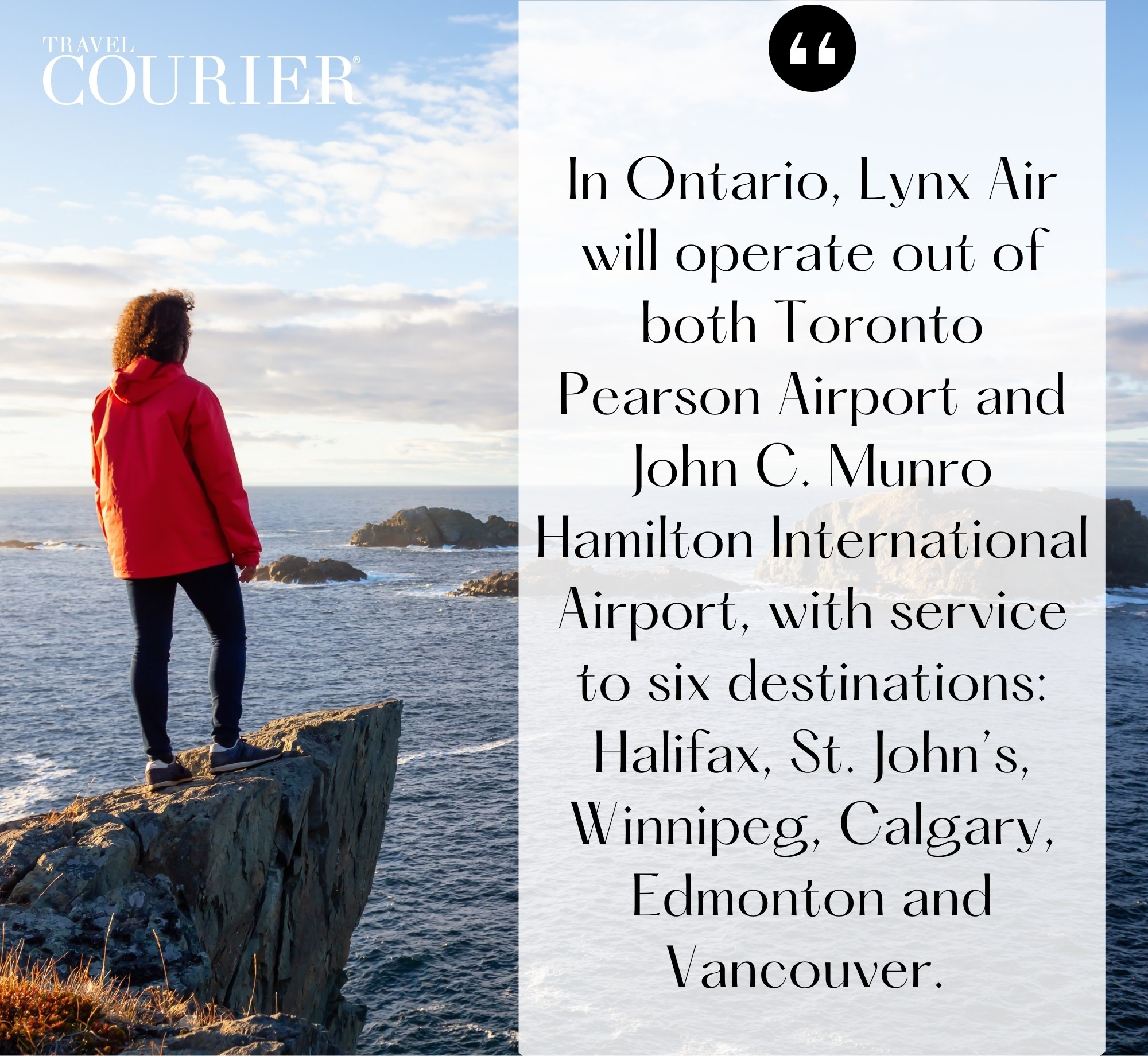 Although the airline is focused on its launch and still developing its trade strategy, McArthur told Travel Courier, “We really think that the travel industry are really important partners. We’re a brand new brand in Canada and we want to reach as many people as possible… partnerships with the travel industry are going to be critical.”

As for the story behind the name, while lynx don’t fly, McArthur said it embodied what the airline stands for as something that’s uniquely Canadian, resourceful and travels fast distances across the country.

“We can really relate to all of those attributes and, of course, we do like the play on words with the name because we want to be the airline that links Canadians to their favourite people and places.”

Cathie Puckering, President and CEO of John C. Munro Hamilton International Airport, said she’s confident in the success of the airline based on the strength of the VFR market in Canada and how strong their domestic program did last summer.

“We are excited to see Lynx Air expand its network and destination list to bring more choice and ultra-low airfares to the city and its neighbouring communities,” she said. “We look forward to watching this new airport-airline partnership between Hamilton International and Lynx Air take off at a time when Canadians are looking to make up for lost time with friends and family.”

Cruising into the recovery in 2022

Get off the beaten path with Remote Lands