Seals of approval for tourism excursions

Melodie Schaeffer is keeping her fingers crossed that nature enthusiasts will again be able to view what amounts to something of a massive marine maternity ward when next winter rolls around.

Schaeffer, with tourism promotion body Quebec Maritime, notes the winter Gulf of St. Lawrence ice found off Quebec’s Magdalen Islands for most of the past several decades has enabled people to be on hand when many of the thousands of harp seals that gather there on it have just given birth, viewing the newly born pups that are dubbed whitecoats and always seen as adorable.

The excursions of two to three hours usually take place between mid-February and mid-March, with visitors ferried to the ice field by helicopter.

Unstable ice and Covid led to the tours being cancelled the past two years, with Schaeffer and her colleagues hoping next winter will be different. There are fears that global warming may lead to the loss of the thick ice that seals need to give birth and nurse their young.

“It will be for Mother Nature to decide,” concedes Schaeffer, who notes the icefield also has to be both thick and stable to allow for helicopter landings.

If the tours do take place this coming winter, tourists will be delivered into a setting of harp seals galore, she promises. 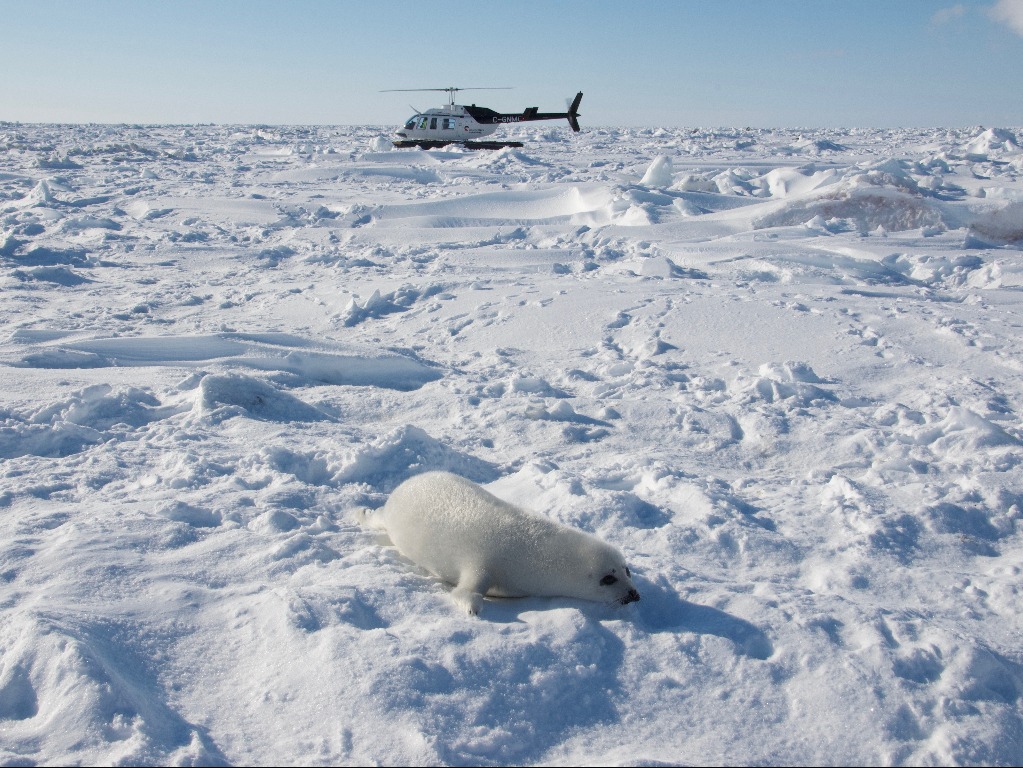 “Each year, somewhere between 300,000 and 600,000 females whelp their pups on the ice surrounding the islands, of which about 10,000 can be observed, depending on weather conditions, and the stability of the ice,” she reports. “Harp seals are not an endangered species; in fact, their population has been relatively stable for over 10 years.”

Harp seals are found in both the North Atlantic and the Arctic Ocean and their number is estimated to be at 7.6 million right now.

The Magdalen Islands’ Chateau Madelinot offers the guided tours, with participants travelling by helicopter to an ice floe and then approaching the seals on foot. Guides are always close by to answer questions about the seals and help take pictures.

Participants have warm suits which also serve as life jackets and sticks used to help walk over ice.

Those visitors are asked to keep a distance from the newborns “as being too close can disturb the pup, also the mother is always nearby – even when not visible,” Schaeffer says. “But if the pup is sleeping or seems calm, the guide lets the guests come closer to take a picture next to them.”

“If you notice a particularly friendly whitecoat that doesn’t seem disturbed by your presence you can approach it,” Quebec Maritime adds.

People are advised to stay at least 50 meters from adult seals. 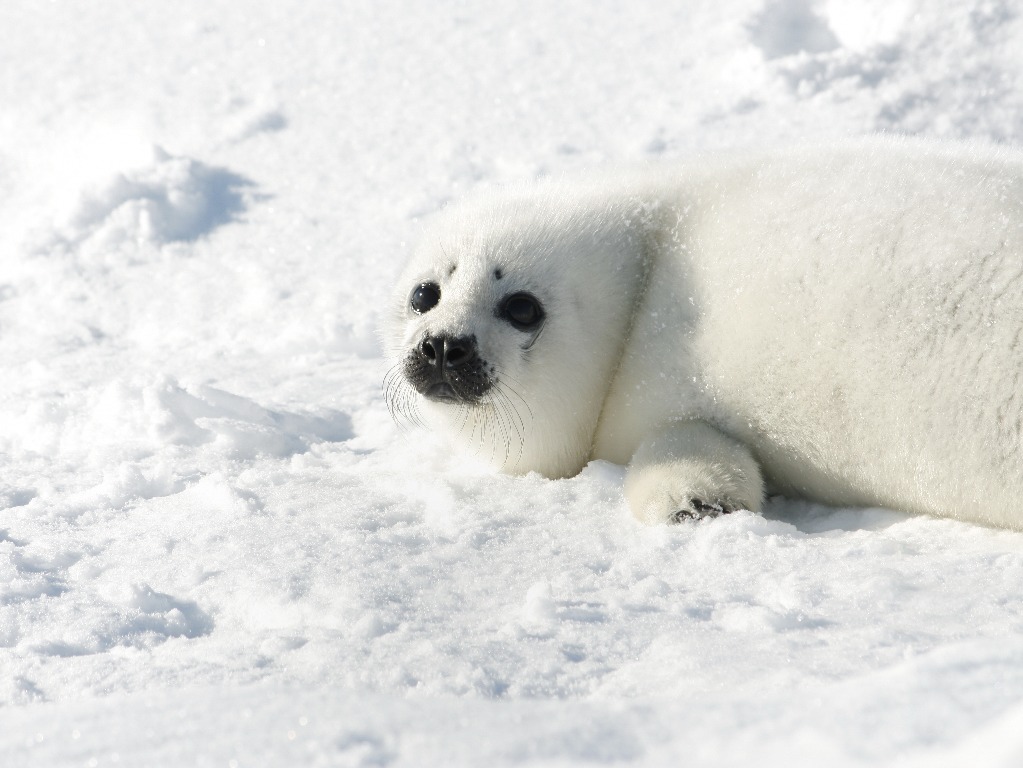 Schaeffer herself has done the tour and says there’s no missing that hordes of the marine mammals are nearby.

“It was my first experience wildlife watching and truly the best encounter I could ever imagine,” she reports. “I even managed to take a selfie. What most caught my attention was the noise. At the moment you step out of the helicopter, you can hear hundreds of babies crying everywhere. You do not see them at first, but you hear them for sure. The pups are left alone while their mothers have gone to catch some food under the ice. So when you wander around, you can see some pups sleeping, sunbathing, or just checking you out while you try to take a picture. They can be very curious. Next to the babies you can notice the hole in the ice where the mother seal can appear… at any moment! That is the reason you must stay at a safe distance.”

Only pups and female seals will be visible at that time of year.

Pups are initially called yellowcoats as they first have a yellowish tinge that quickly disappears, leaving them white, leading to the whitecoats moniker. Shortly after they’re renamed beaters, a name that refers to the sound their tails make when they’re learning to swim.

“The activity is done with the greatest respect for the habitat and the species” she promises.

The Chateau Madelinot is the only hotel offering the seal tours and says it’s eager to enable people to spot seals that are absolutely new to this world.

“One day we realized we were so privileged to be surrounded by so much natural beauty that we had no choice but to share it,” the hotel states.

More information can be found at https://www.hotelsaccents.com/fr-ca/chateau-madelinot.