The Kennedy Space Center is ready for liftoff

Don Thomas hopes Florida’s Kennedy Space Center Visitor Complex will lead youthful visitors to have the same remarkably lofty dream he had as a youngster.

The Complex is the visitor center for the Kennedy Space Center, which has served as NASA’s primary launch pad since 1968, and is just the place to spur interest among the current youngest generation into quickly travelling into and then beyond the Atmosphere, says Thomas, whose career as a NASA astronaut saw him fly on four Space Shuttle missions.

Thomas said during a Feb. 9 presentation during the Florida Huddle tourism show that he first began dreaming of becoming an astronaut at the age of six and said it’s a wonderful goal for others around that age, who can get the lowdown on Outer Space and being in it at the Kennedy Space Center Visitors Complex, which features the likes of a Rocket Garden that’s home to Gemini, Mercury and Apollo program rockets; training simulators that invite visitors to “train like an astronaut in the essential functions of Space Shuttle flight with high-tech simulators”; and the Astronaut Training Experience, which has guests “train like the next generation of space explorers who will travel to Mars.” It’s also a permanent home to Space Shuttle Atlantis. 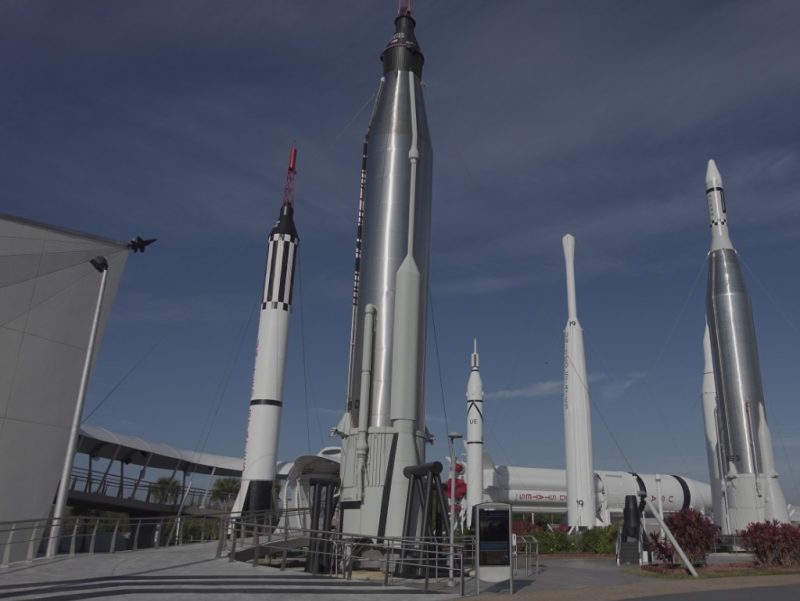 Thomas has been retired for over a decade but often returns to a facility that offers Lunch With an Astronaut, enabling visitors to actually meet some of those who have flown in space.

“We want young students to come to the Kennedy Space Center Visitors Complex. I want them excited, just as I got excited to go into space,” said Thomas, who was wearing a NASA shirt during his virtual presentation.

The visitors complex is open and has implemented various procedures — such as temperature checks, social distancing and having people wear masks — to keep guests and staff alike safe.

Thomas unsuccessfully applied three times to become an astronaut, at one point concluding that “my grandmother and I had the same chance of becoming an astronaut — zero,” given the huge number of people sharing his goal.

But still undaunted, he earned a pilot’s license and went parachuting, skills he realized would be useful when applying, and a fourth application proved successful. 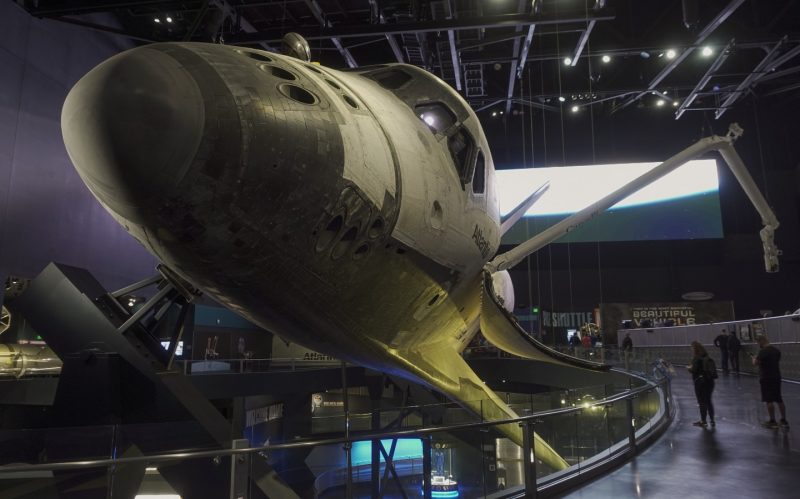 At the age of 35, he underwent a four-year training program and first went into space at the age of 39, telling Florida Huddle viewers that a lot of hard work eventually “really paid off for me.”

Thomas recounted travelling at 17,500 mph, and orbiting the Earth in 90 minutes in the Space Shuttle, ultimately circling our planet around 700 times during a combined time of around 44 days in space.

Thomas labelled the freeze-dried food astronauts served “okay — I would never go to a restaurant that's serving space food"; said use of an exercise bike was important on the Space Shuttle to prevent rapid muscle deterioration; and declared the views of Earth from far above nothing less than dazzling, recalling once looking down into the eye of a hurricane; and repeatedly spotting the summit of Mount Everest, a site that others struggle for days to see. Viewing the highest point on our planet from the Space Shuttle amounted to "the lazy man's way of seeing the top of Mount Everest," he joked. 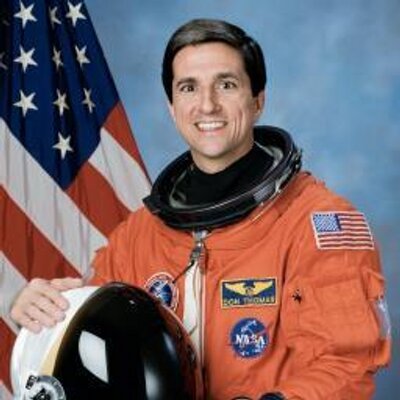 Thomas said he’s excited about people one day being sent to Mars and suggests those who would love to make or contribute to that journey should visit the Kennedy Space Center Visitor Complex, which will hopefully motivate them to seek a career as a NASA astronaut, technician or scientist.

“This is what we do at the Kennedy Space Center,” he declared. “We inspire.”

The curious case of the pesky woodpecker 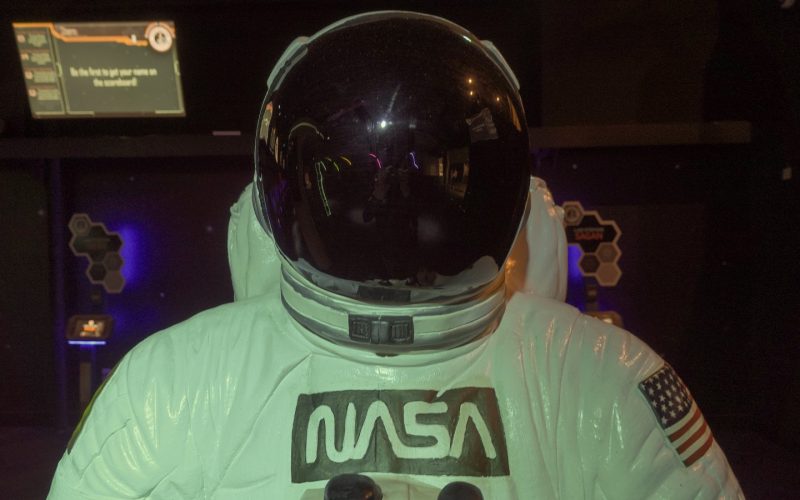 Don Thomas has a remarkably long-lasting sense of forgiveness when it comes to one of our feathered friends who frequented the Kennedy Space Center over a quarter of a century ago.

The retired NASA astronaut — who flew on the Space Shuttle four times — cheerfully recalled during the Florida Huddle tourism show that a woodpecker left him and his fellow Discovery crew members cooling their heels during the summer of 1995 after the energetic bird was found to have pecked 205 holes in fuel tank foam insulation. The damage occurred during mating season for the birds, prompting some to speculate that that particular woodpecker’s behaviour demonstrated that it was love-sick.

The holes led to NASA returning the spacecraft from the launchpad to the Vehicle Assembly Building to repair the damage and NASA then began using airhorns to keep any other woodpeckers who might mistake the Space Shuttle for a tree at bay. The offending woodpecker was identified as a northern flicker, whose numbers have fallen, and NASA didn’t want to harm it, instead choosing to keep it and other woodpeckers at a distance.

A launch originally scheduled for June was pushed back to mid-July to enable engineers to deal with the holes.

Thomas — an enthusiastic promoter of space travel and the Kennedy Space Center Visitor Complex, which familiarizes tourists with America’s space program — noted the region around the Kennedy Space Center is home to wildlife that includes wild boars, alligators and, of course, woodpeckers.
STS-70 eventually carried Thomas and his colleagues into the heavens on July 13.

“We had a lot of woodpecker jokes,” Thomas told an amused Florida Huddle host during the show.

One creative individual added a Woody Woodpecker image to the official STS-70 patch, with Thomas reportedly receiving a number of the catchy reminders of the flight.

Word that a tiny woodpecker stalled the launch of the massive Space Shuttle made news, which prompted Universal Orlando to have its Woody Woodpecker character visit good-humoured Kennedy Space Center staff, joining the Discovery crew as they circulated through the facility to thank its employees at the end of the mission.

“Woody Woodpecker became an unofficial mascot for our crew on that flight,” Thomas recalls.