Region served as hideout for Lawrence of Arabia

Mohammad Tarawneh is inviting those who enjoy particularly exotic settings to follow in some famed Middle Eastern footsteps.

Lawrence famously described Wadi Rum — used as a setting for the Matt Damon movie The Martian because of its unusual landscapes — as “vast, echoing and God-like.”

Tarawneh says those who book a stay at Bait Ali Camp will  undoubtedly be seeing the same terrain that sheltered Lawrence and his fellow combatants.

“There’s no way he didn’t pass this place,” Tarawneh states.

The camp and rest area is built in Bedouin Arabic tradition blending naturally into its desert surroundings. The retreat enables people to stay in chalets of different sizes that have the likes of air conditioning and flat-screen TVs, a dining area serving Jordanian and other foods, a bar and room to camp. 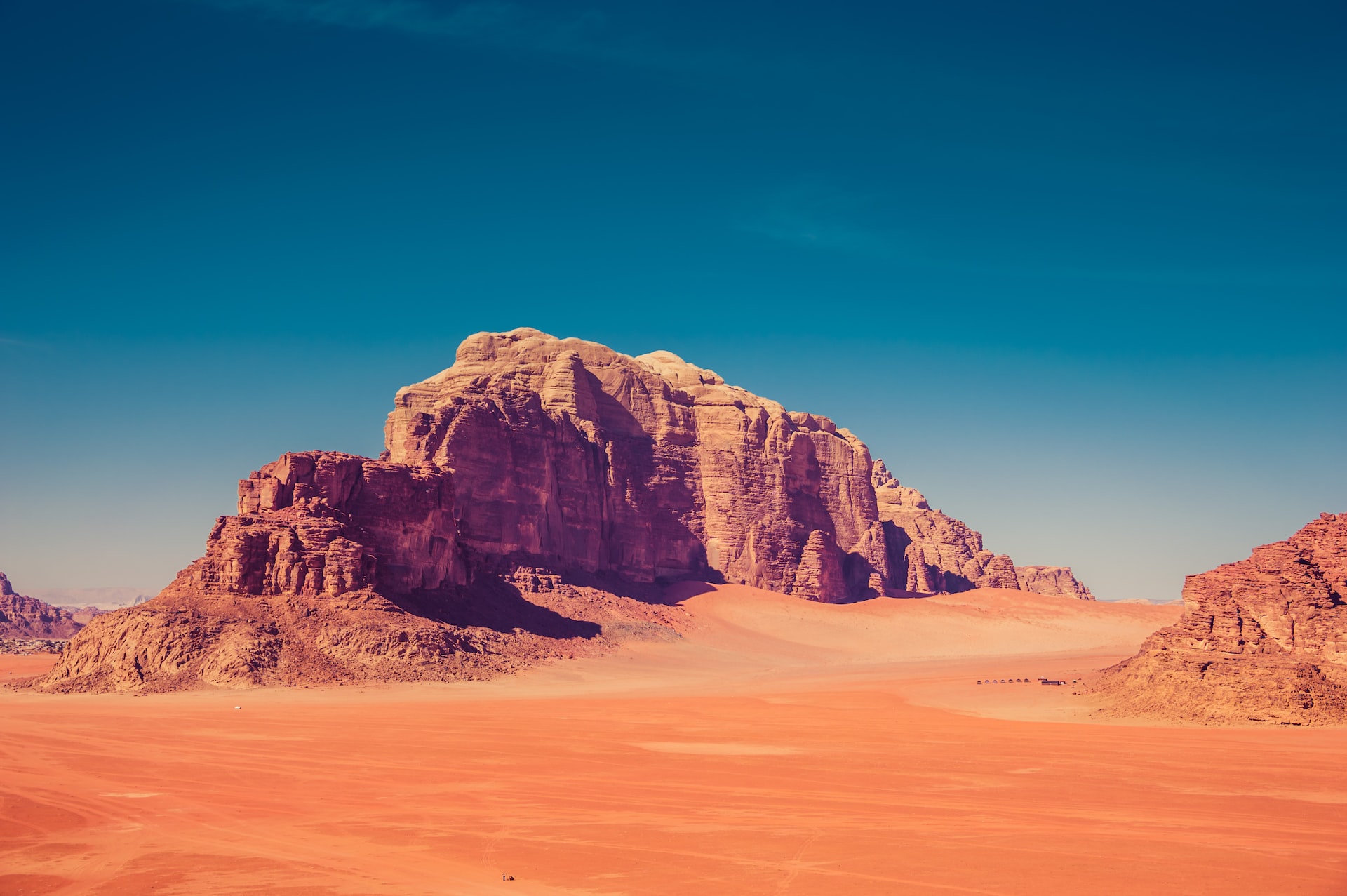 Tarawneh says the area around his resort is suited for a variety of desert activities, among them four-wheel-drive safaris, and even skiing down some of the area’s towering sand dunes. (“It’s wonderful coming down. It’s like a dance,” Tarawneh says of desert schussing.)

Star-gazing is another attraction in an area free of light pollution.

Meanwhile, Tarawneh says it’s no accident that his part of the world was chosen for the Matt Damon movie.

“The most similar place to  Mars is Wadi Rum,” he says. “They call Mars the Red Planet. The sand here in Wadi Rum is red and the mountains are red.

“Wadi Rum is a one-of-a-kind place on this planet.

“There’s no way I’m leaving this place to go to the city.”