A look at all the exciting properties joining the AMResorts portfolio, which will be part of Hyatt’s Inclusive Collection – a global portfolio of distinct luxury all-inclusive resort brands. 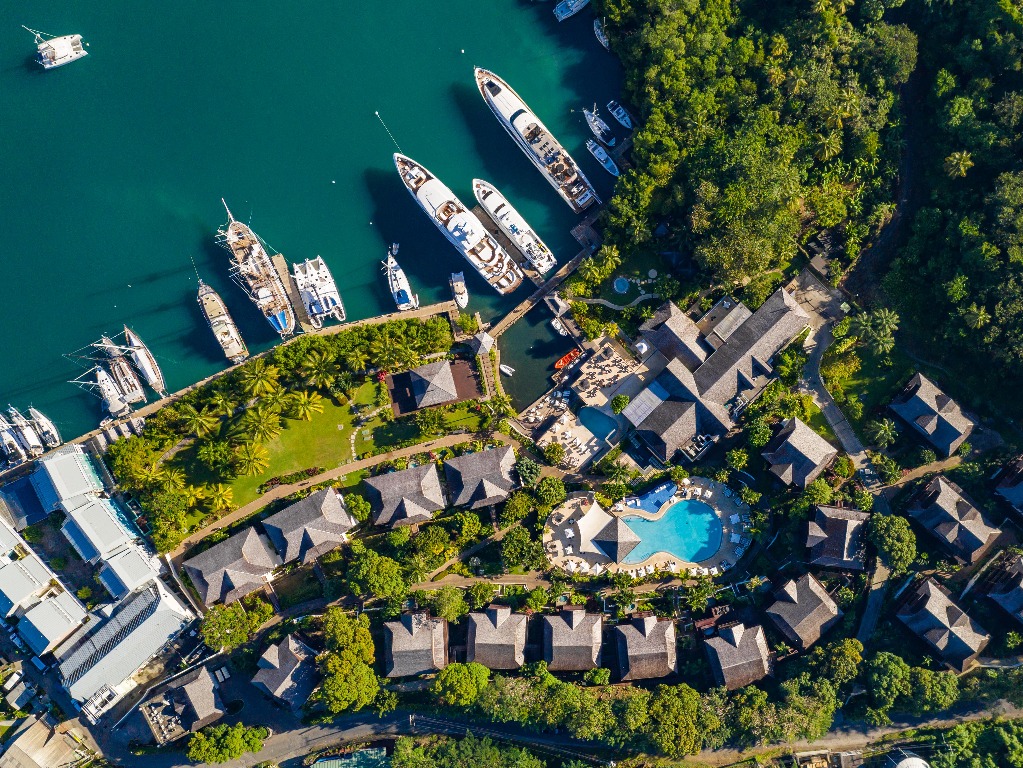 Following a transformation of the existing Marigot Bay Resort and Marina, the 124 room Zoëtry Marigot Bay St. Lucia officially launched earlier this month. Marking Zoëtry’s debut int St. Lucia, the property is comprised of penthouse residences, master suite residences, and junior suites, many of which come with individual plunge pools. Located on the island’s marina, Marigot Bay, guests have access to a nearby nearby volcanic white sand beach, along with onsite amenities like a spa, rum cave, fitness centre and pools. One of the resort’s unique attributes is a tree house where guests can take part in wellness sessions or opt for a private dinner. 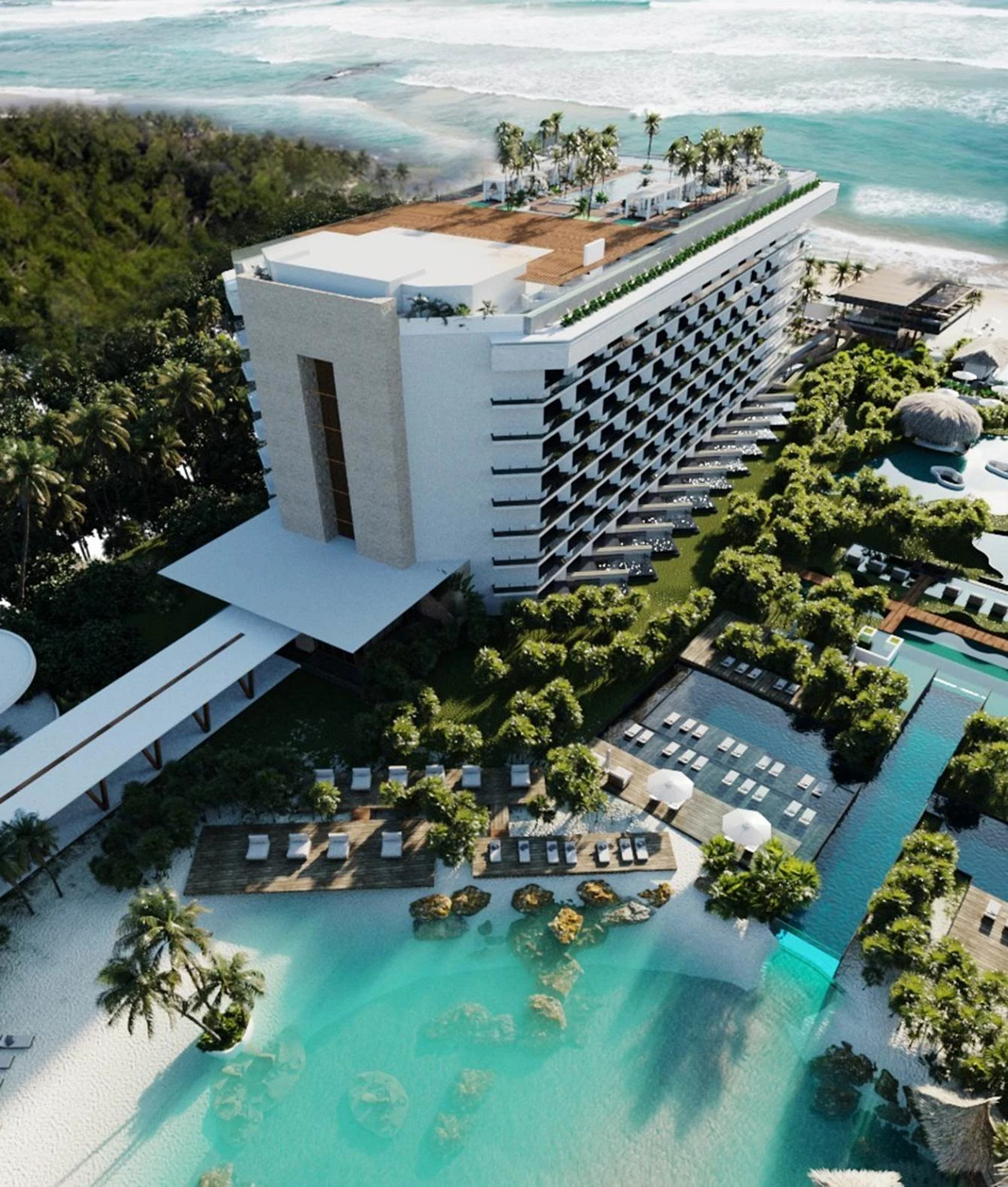 “It’s the next level in terms of quality and the highest level of luxury,” said Gonzalo Del Peon, Group President, Americas & Global Commercial for AMResorts. 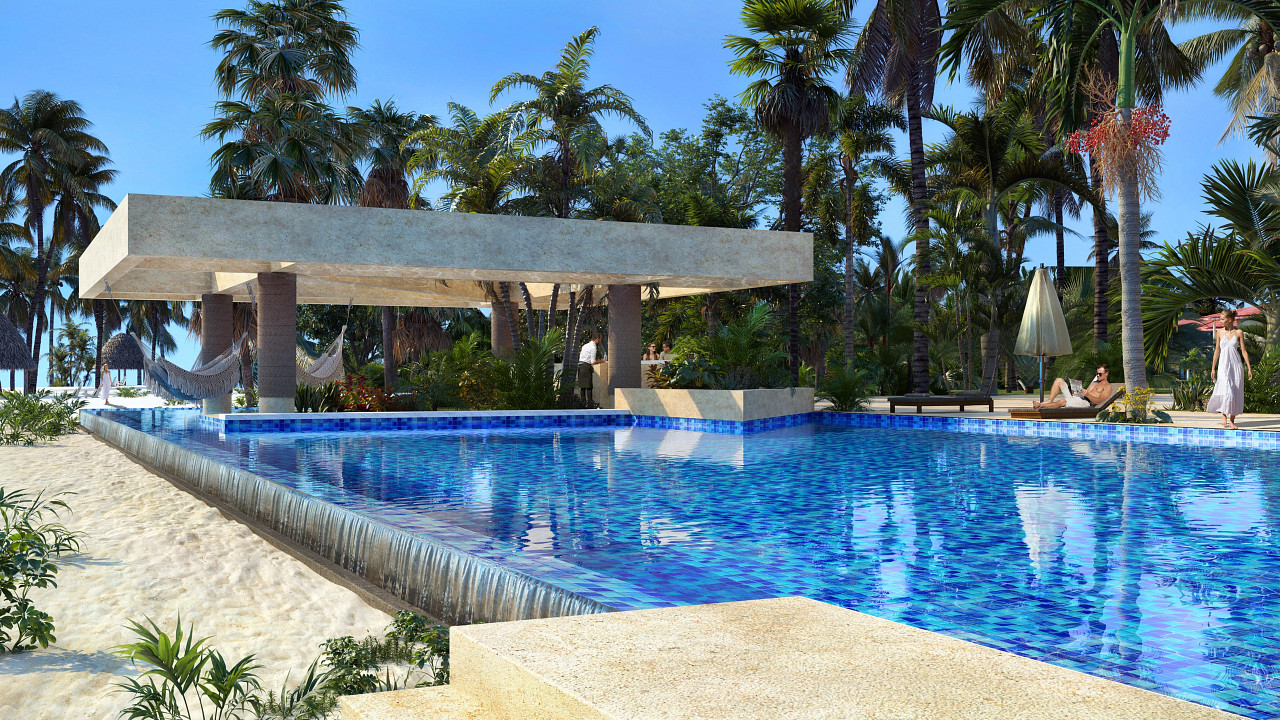 Located on a picturesque palm-studded beach in Cabeza de Toro, Punta Cana, Dreams Flora Resort & Spa is expected to open Feb. 15 2023. The family-friendly property will feature 520 luxuriously appointed rooms, each with a private terrace or balcony offering ocean, garden and pool views. The resort will be home to eight dining options and eleven bars and lounges.

“It’s a complete renovation of a previous hotel with 520 rooms,” added Del Peon. 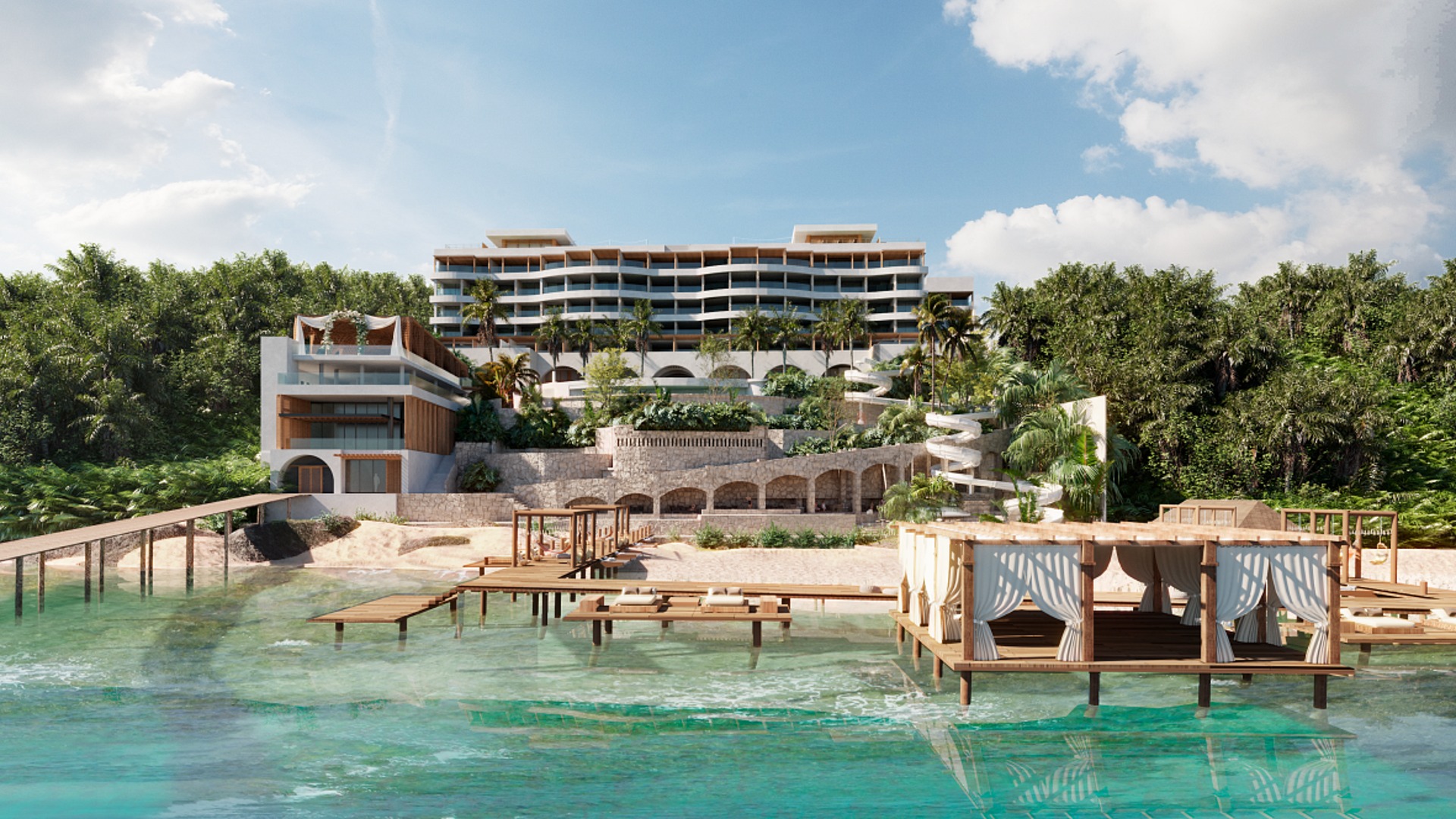 Opening March 15, 2023, Secrets Impression Isla Mujeres will be the second Impression flagged property. Built into the natural landscape of Isla Mujeres, this ultra-luxurious and adults only unique resort will be perched atop a coastal cliff.

“The resort is going to be amazing,” said Del Peon, adding that boat service will be available to transport guests from Cancun to Isla Mujeres.

Due to its high-end nature, he said the resort will be priced above a Zoetry with butler service and curated gastronomic experiences. 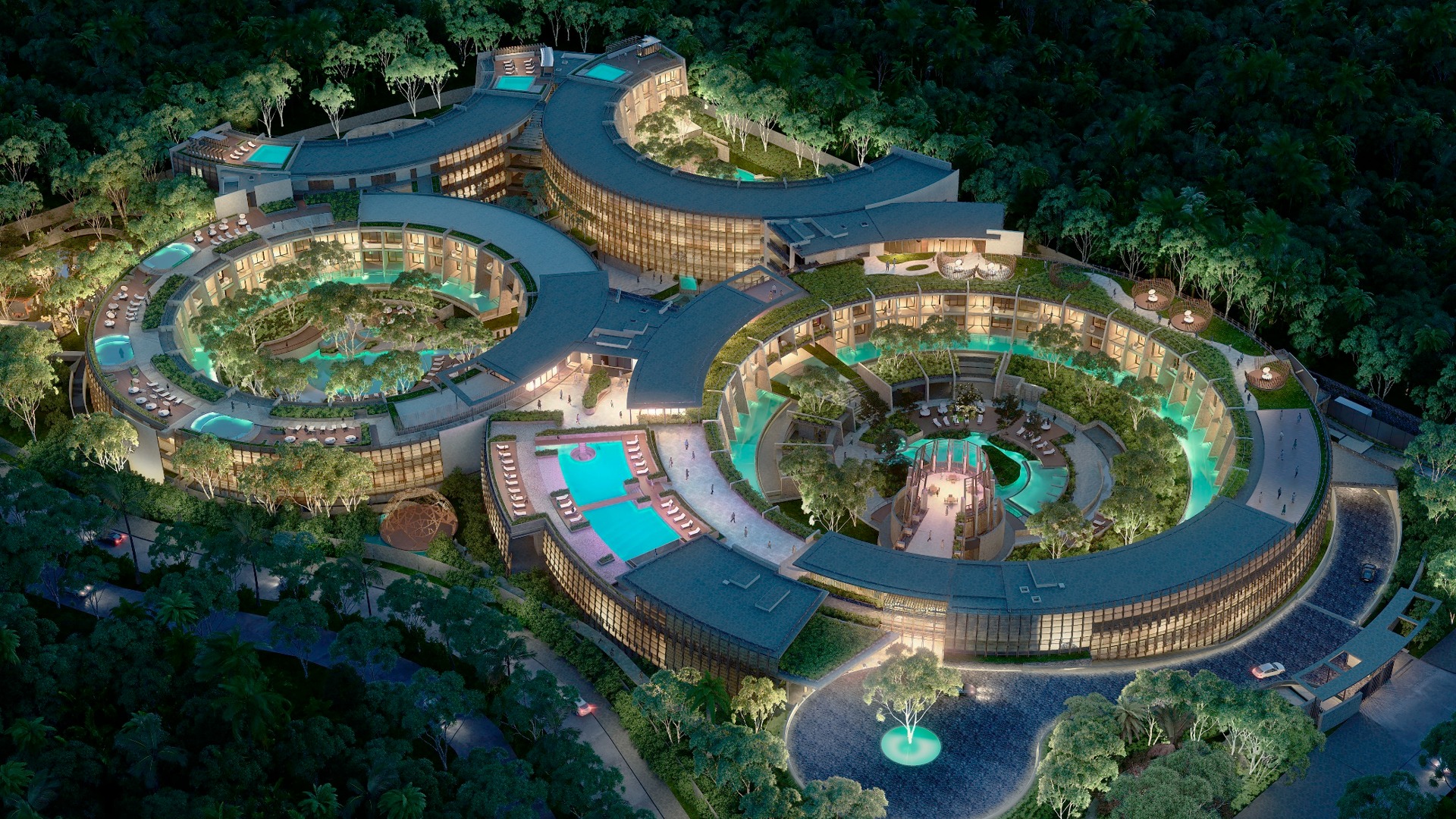 Located in the heart of the idyllic town of Tulum within the luxurious Aldea Zama Complex, Secrets Tulum is slated to open June 30, 2023 with 301 rooms. Fusing elegant and boho design with eco-chic elements in jungle themed surroundings, the new build resort is uniquely designed by award-winning architect Michael Edmonds. Swim out suites are at the heart of the design. Guests will have access to a private beach club, where an additional 25 rooms.

Additional openings in the pipeline include the adults-only Secrets Tides Punta Cana resort will have 670 rooms, including swim-out suites, with garden or ocean views. Unlimited-Luxury inclusions extend to six a la carte dining choices, including Mediterranean Asian fusion, Brazilian, and buffet restaurants. Secrets Tides will have eight bars and lounges and resort amenities will include a swimming pool and beach service, 24-hour room and concierge services, and a Secrets Spa by Pevonia.

“Secrets Tides is new build from scratch with 670 rooms that’s slated to open in the fall of 2023,” said Del Peon. 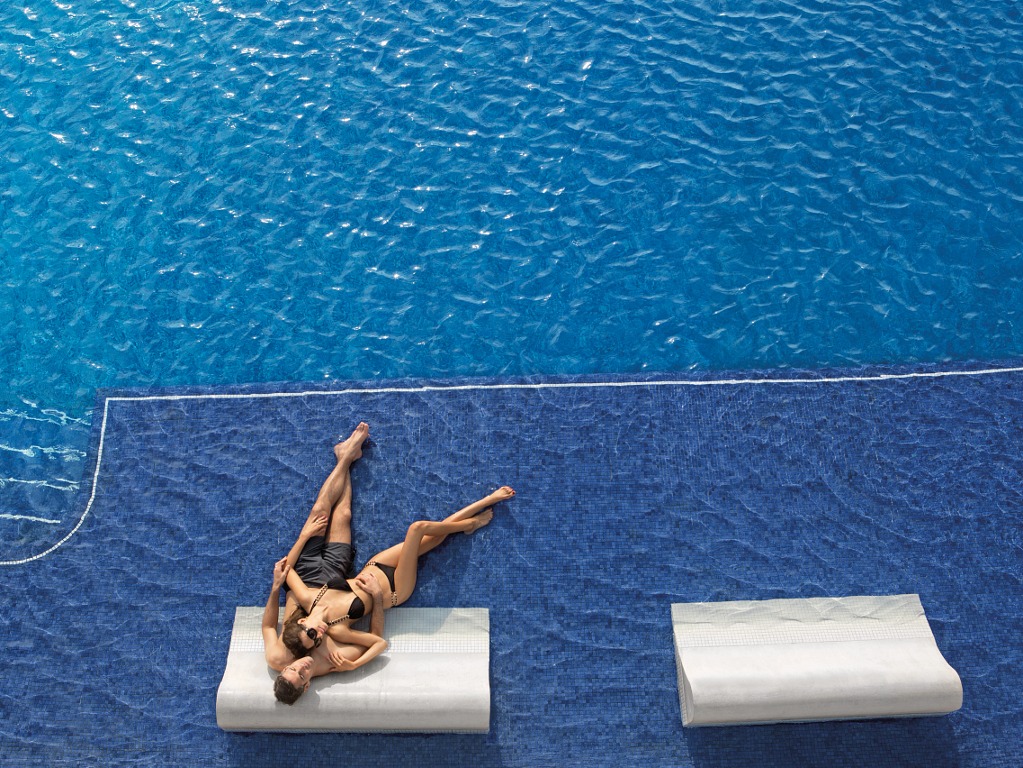 All the latest hotel and resort news of the week

The latest hotel and resort news in the Caribbean and beyond