Why travel is primed for a sharp rebound 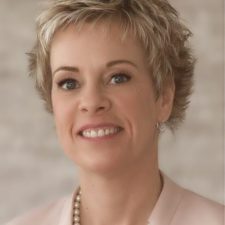 How long will it take for travel to return to normal?

Predictions from travel companies, airlines, investment and consulting firms currently range from one to three years for full industry recovery. While there may be some wisdom in setting low expectations for a rebound, there is more to the story.

The travel industry is likely to return much more quickly than what current predictions might suggest. Here’s why.

History can be a useful tool for understanding travel demand after sudden and disruptive world events. The more recent historical benchmarks include the September 2001 terrorist attack in the United States, the 2002 terrorist attack on the Indonesia island of Bali, the outbreak of SARS in 2003, and the 2004 tsunami in South Asia (Mao et al., 2010).

In the aftermath of these events, tourism saw a massive and immediate decline.

In these historical examples, travel restrictions and immobilized communities limited the movement of the population. Airline routes were reduced, hotels saw massive capacity reductions, and inbound tourism was diminished in the affected areas. In the case of SARS, the closest benchmark to COVID-19, consumers had the added worry of viral infection.  Folks were not traveling because of the fear of contracting the virus. Researchers have had a decade and a half to analyze the specific impact of SARS on tourism. Using methodology based on Catastrophe Theory, studies show that the number of tourist arrivals bounced back to pre-epidemic levels directly after the removal of the SARS alert in Taiwan. (Mao et al., 2010). The consumer response to this positive news was decisive and immediate.

While not all SARS-affected destinations recovered at the same pace, the United States and Canada in particular saw a full rebound in less than a year. In fact, by 2004, the year following the SARS outbreak, Canada saw a 30% increase in inbound travel compared to the prior year from China, Hong Kong, Japan, Thailand and other Asian countries (Statistics Canada, 2007).

Once SARS was no longer considered a threat in the mind of the consumer, travel bounced back definitively and to levels notably higher than pre-SARS figures. The travel industry experienced not just a rebound to prior thresholds, but a significant increase.

Given the parallels between SARS and COVID-19, there is reason to believe the travel industry could see a similar trajectory to recovery. Allowing for the greater intensity and extended duration of COVID-19 relative to SARS, the rebound from the current epidemic might actually occur at a faster pace.

The consequences of COVID-19 have been broader and more intense for consumers than SARS. The tight restrictions imposed on individuals over a period of months could well result in pent-up demand more powerful and industry-staggering than witnessed before in history.

Moreover, the substantial health protocols being introduced now by travel companies designed to inspire customers to travel was not a measure deemed necessary following SARS. This added layer of emotional security in response to COVID-19 is likely to support even greater confidence in the mind of consumers.

Countries around the world are in a race to develop a vaccine for COVID-19. Once available, the vaccine would serve as a preventative measure against individuals from becoming infected.

The mere knowledge that a vaccine exists has the potential of removing all doubt, concern and hesitation from the mind of a consumer contemplating their next vacation. For many, the vision of a simple injection at the doctor’s office similar to getting the flu shot is all that’s needed to offer reassurance. Similar to what occurred with SARS, danger would recede entirely from the mind of the consumer once the travel alert is lifted, with industry recovery not far behind.

Some might be skeptical about the early arrival of a vaccine given that they have historically taken years to develop. It makes sense to be cautious, for companies to make projections based on the worst-case scenario.

However, the unprecedented impact of the current pandemic and its effect on the economy has spurred massive and unprecedented corporate and government investment into research, speeding up the development process dramatically. Closest to home, Prime Minister Trudeau announced in late April a $1.1 billion-dollar investment into vaccine development (Global News, 2020 Apr 23). Similar investments have been promised by the United States government and the Bill Gates foundation.

The resulting pressure on pharmaceutical and biotech companies to develop a vaccine for COVID-19 has generated an unspoken global competition of sorts. Business leaders involved in vaccine development are well aware of the significance to their career and business should they be the one to succeed. That’s a powerful motivator to getting to the finish line.

As comforting as these signs may be, a vaccine may not even be necessary for the industry to fully recover. Research is well underway into antiviral drugs designed to treat those already infected. Scientists are researching alternative uses for existing medications, allowing them to capitalize on drugs already developed and sanctioned without the need to start from scratch.

Should a vaccine not become available in the short term despite all the positive signs, the knowledge of a treatment may be enough in itself to shift consumer confidence into high gear. Even if they were to contract the virus during their travels, vacationers could feel secure in the knowledge that a therapy existed. With a treatment available, COVID-19 would represent no more of a danger to consumers than any other type of illness that might befall them during travel.

Finally, recent news about the eradication of COVID-19 in New Zealand and the resulting, widespread opening of businesses is evidence that even without a vaccine or treatment in place, recovery does not have to be very far away. While it’s still too early to expect a return to the pre-pandemic revenues bound to follow, New Zealand’s success thus far offers one more signal in support of the optimistic view.
Thus, predictions of a lengthy recovery period for the travel industry may not be telling the whole story. While large corporations clearly need more time than their smaller cousins to scale up and grow back into their former, pre-pandemic enterprises, substantial and rapid increases in consumer demand represent an incredible motivator for these companies. Leaders wishing to capitalize on this demand will be inspired to move quickly.
Moreover, the existing labour pool of experienced, trained employees laid off during the pandemic would make scaling up that much easier, allowing these companies to meet the increase in demand.
In combination, historical benchmarks, pent-up demand, and vaccine and treatment considerations suggest that travel may rebound much more rapidly than current projections would suggest. Helping customers understand and appreciate the broader landscape could provide yet another stimulus for consumer confidence.
Dana Gain is a global sales and marketing executive, speaker, and business leader with a 25-year career in the cruise and hospitality industries. Her expertise extends from contract negotiation with international retail groups to sales, marketing and operations strategy. Dana holds her MBA in International Business from Walden University and a Bachelor of Arts from the University of British Columbia, and remains the only cruise line professional in the world to have achieved an Elite Cruise Counselor Scholar (ECCS) accreditation with Cruise Lines International Association (CLIA). For more articles like this visit her blog: https://www.danagain.com/blog.