With its active volcanoes, stunning scenery and exotic wildlife, Costa Rica has long piqued the interest of travellers across the globe. As Canadians are considering where to travel next, the destination fits the bill for clients seeking bucket-list worthy experiences that facilitate social distancing. Here’s a look at what awaits:

Soar through the clouds 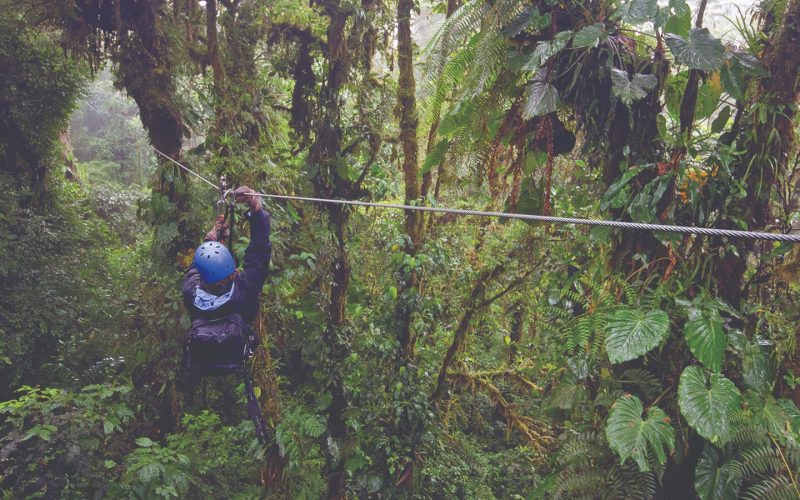 Travellers can literally soar through the clouds in Monteverde, Costa Rica, the birthplace of the world’s first recreational zipline course and home to the famous cloud forest.

Renowned for its conservation and preservation efforts, the Monteverde Cloud Forest Reserve, characterized by its towering trees and Tarzan-like vines and mosses, boasts four different ecosystems that exist harmoniously, as a result of the area’s varying altitude and climate. An adrenaline-pumping way to experience this dreamlike reserve and its biodiversity is by zip lining the length of the forest canopy, while admiring a wealth of wildlife including hundreds of mammals and bird species, and over 2,000 plant species. Birders can keep an eye out for the majestic, yet elusive Resplendent Quetzal that many consider among the world’s most beautiful birds. 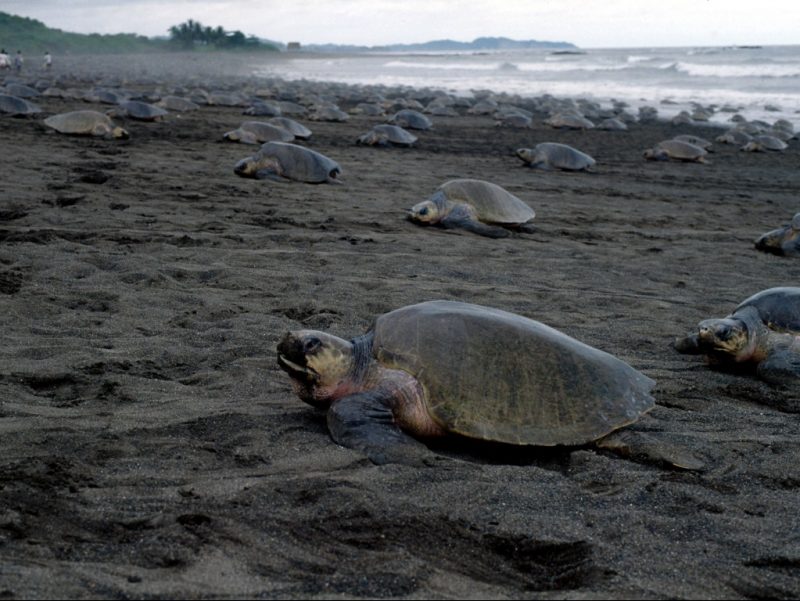 An “arribada” is one of the most spectacular natural phenomena in Costa Rica.

Arribada is Spanish for “arrival” and describes the act of tens of thousands of Olive Ridley sea turtles flooding ashore to lay their eggs at the same time. Olive Ridley sea turtles are the second smallest and most abundant sea turtles in the world, and call Costa Rica their nesting ground throughout the late summer and winter months. Hit the beaches of Ostional Wildlife Refuge and Playa Nancite, located within Santa Rosa National Park, for an unforgettable beach day with thousands of new little friends.

Take a bath in volcanic waters

The 5,400 foot Arenal Volcano towers over the charming Costa Rican town of La Fortuna and is dotted with some of the most steamy and relaxing hot springs in Latin America. The geothermal activity beneath the base of this active volcano and the nearby Tabacón River supply the springs’ natural, heated waters. Travellers might even be able to catch a glimpse of this volcano’s lava flows, while soaking in the mineral-rich waters of this area’s hot springs and enjoying the sounds of the howler monkeys in the distance. The active Rincón de la Vieja and Irazú volcanoes provide similar steamy experiences. 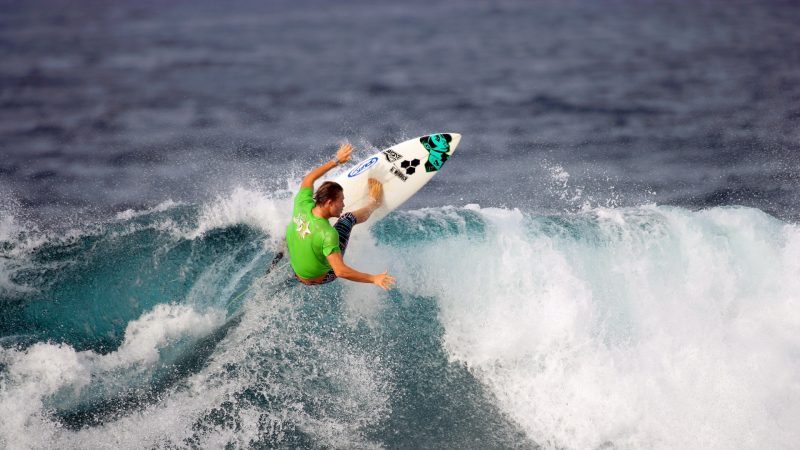 Surf the longest left-hand wave in the world in the vibrant beach town of Pavones, located along Costa Rica’s southern Pacific coast. The waves at Pavones span more than half a mile long, creating a ride that can last up to 2 minutes! Ride the waves and take in beautiful views of the lush Costa Rican rainforest nearby, and don’t forget to holler “Pura Vida!” at fellow surfers.

Spot sloths in the wild 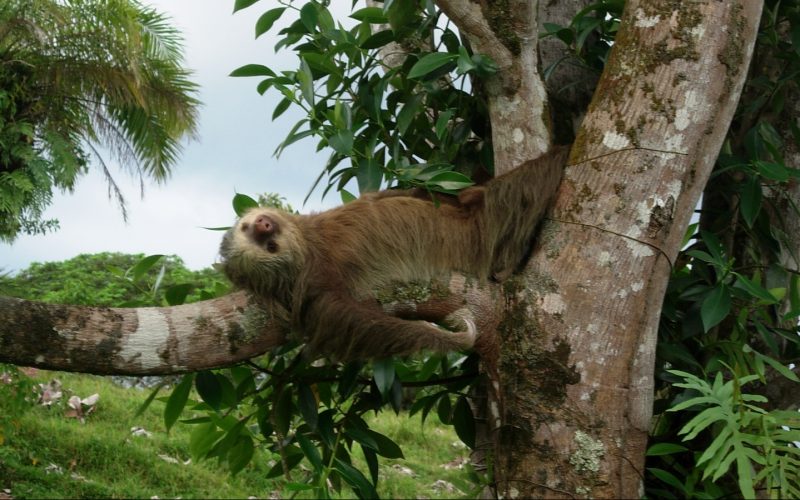 Sightseeing just got a whole lot more fun in Costa Rica with sloth-spotting in the rainforest.

Costa Rica is home to more than 200 volcanoes, of which five are active. Costa Rica’s active Poás Volcano is a powerful symbol of the geothermal forces that formed the country. Travellers can hear the active volcano rumble while it puffs and smokes as they hike to the top. What sets the Poás apart from other volcanoes is the striking lake, Laguna Caliente, at its centre. Laguna Caliente is one of the most acidic lakes in the country and shines electric-blue and emerald green depending on the time of day. The active Irazú Volcano offers a similar, thrilling hike.

Explore the 300 Indigenous stone spheres that lie shrouded in mystery 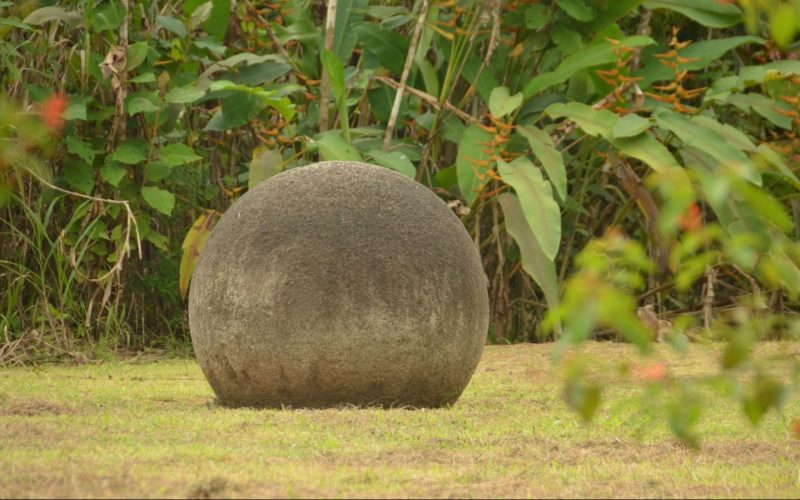 Attempt to uncover a great unsolved archaeological mystery in the southernmost province of Puntarenas, Costa Rica, known as the Diquís Delta.

Three hundred stone spheres, ranging in size from a few centimetres to seven feet in diameter, were found scattered across more than 24 acres of land and are attributed to the extinct Diquís culture. The Diquís Spheres, or “Las Bolas” are said to have been carved by human hands B.C. and are made of an indigenous stone, some weighing as much as 30,000 pounds. While the story behind the spheres remains shrouded in mystery, curious scholars and travellers from around the world flock to see them in the Diquís Delta and displayed in official buildings around the country (museums, schools and hospitals). In 2014, the Diquís Spheres were added to the UNESCO list of World Heritage Sites.

Witness the unique “Passage of Moses” 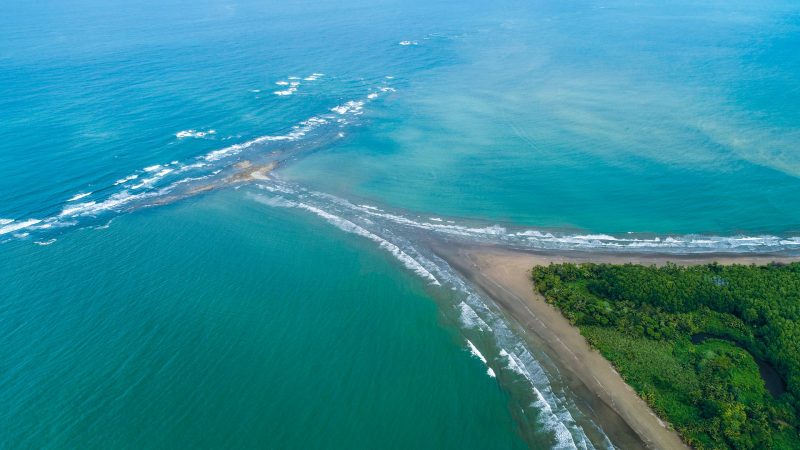 Named after the humpback whales that migrate to the park in mid-July and October, and again in December through March, Marino Ballena National Park is located in the South Pacific coast. Established in 1990, Marino Ballena is one of the country’s newest national parks and is committed to the conservation of the rich marine ecosystems found within its boundaries. In fact, the park contains some of the largest coral formations on the Pacific side of Central America.

One of the park’s biggest attractions is “El Paso de Moises” translated to the “Passage of Moses” in English. This phenomenon happens at low-tide when the water gets so low it creates a passageway like the one from the Biblical story. For years, scientists and visitors alike have been captivated by this unique sight.