Welcome to the Rock with Adventure Canada in 2022

The company has two 2022 Newfoundland sailings – one June 12-23 and the other July 4-15 that will leave from St. John’s and circumvent Newfoundland, showcasing the province’s natural attributes and culture, a culture it says is distinct.

“We aim to connect with people and nature,” says Adventure Canada’s Alina Cheng.

Cheng said the timing of the sailings make them ideal for nature enthusiasts as well.

Adventure Canada notes thousands of whales gather in the waters off Newfoundland and Labrador each spring, among them humpback, blue and sperm whales.

Dolphins can be seen as well.

“These waters are nature’s playground in the summer,” said Cheng, who praised the “transformative power of nature.”

Early summer also sees icebergs that originate in Greenland and Nunavut drift along part of coastal Newfoundland that has been dubbed “Iceberg Alley,”

“They are spectacular to the eyes and you can see them up close” onboard Adventure Canada Zodiacs, Cheng said of the “ice monstrosities.”

Also visited on the sailings will be northern Newfoundland’s L’Anse aux Meadows, the only authenticated site of a Viking settlement in North America; Red Bay, Labrador, a one-time Basque whaling station that Cheng reported was once the largest whaling station in the world; and Gros Morne National Park, which Cheng labelled the “Galapagos of geology,” thanks to its rock formations.

Passengers will also visit the French islands of St. Pierre and Miquelon, which Cheng said provide a taste of Europe that’s just a short distance from Newfoundland. 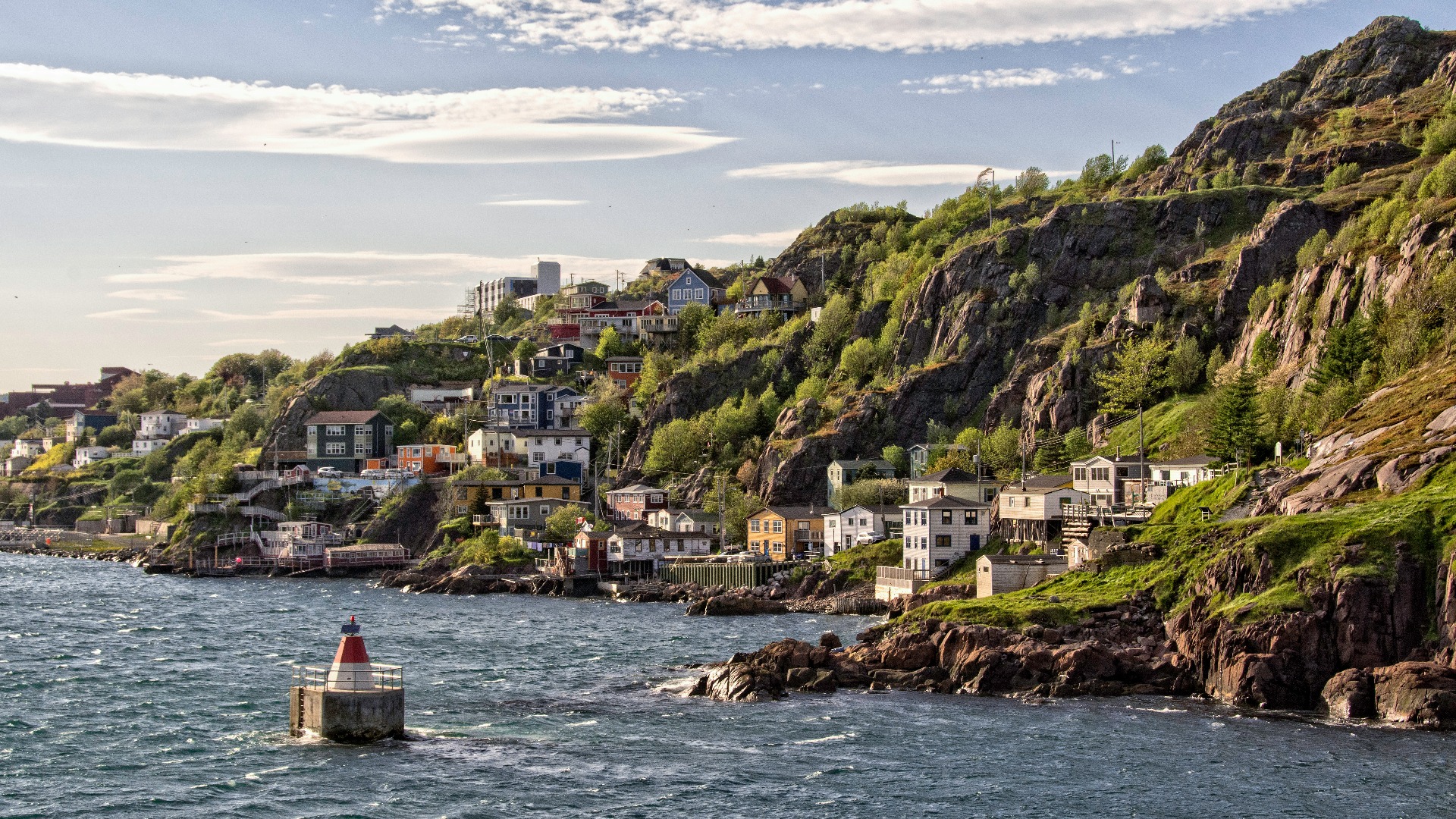 Adventure Canada offers regular excursions, with passengers able to choose the ones that are best suited for their fitness level.

Cheng said some of the staff will be from Newfoundland. “It’s one thing to travel to a place to learn about it but it’s another to travel with someone who calls that place home…

“A lot of incredible talent comes out of Newfoundland and Adventure Canada loves to bring them on board,” she continued, noting Newfoundland musician Alan Doyle has been among company guests.

An early booking bonus of 15% is available for the Newfoundland sailings for those who book by June 1.

Cheng said the vessel used on the sailings – the Ocean Endeavour – will carry fewer than 200 passengers, enabling social distancing.