Virginia hotel has a storied past

And in doing so, the Staunton, Virginia, hotel can cite a past that it has every right to be proud of, even if some would-be guests might find its history a little foreboding.

The property is one of the newer entrants in Staunton’s hotel scene, even though the structure itself dates back to the early 19th century, when it began life as the Western Lunatic Asylum of Virginia, long treating area residents with major mental health issues.

It then served as a medium-security prison from 1981 to 2002, only to then be abandoned before eventually being bought in 2008, which was followed by a multi-million-restoration project that saw it reborn as the Blackburn Inn.

“I thought that might get someone’s attention,” Staunton tourism director Sheryl Wagner said following a question about the luxury boutique hotel’s unusual past during a Shenandoah Valley webinar.

But local historian Frank Stassler said during the same webinar that the Western Lunatic Asylum of Virginia – initially under the supervision of Dr. Frances Stibling, an advocate for “moral treatment” of the mentally ill – had a commendable track record. 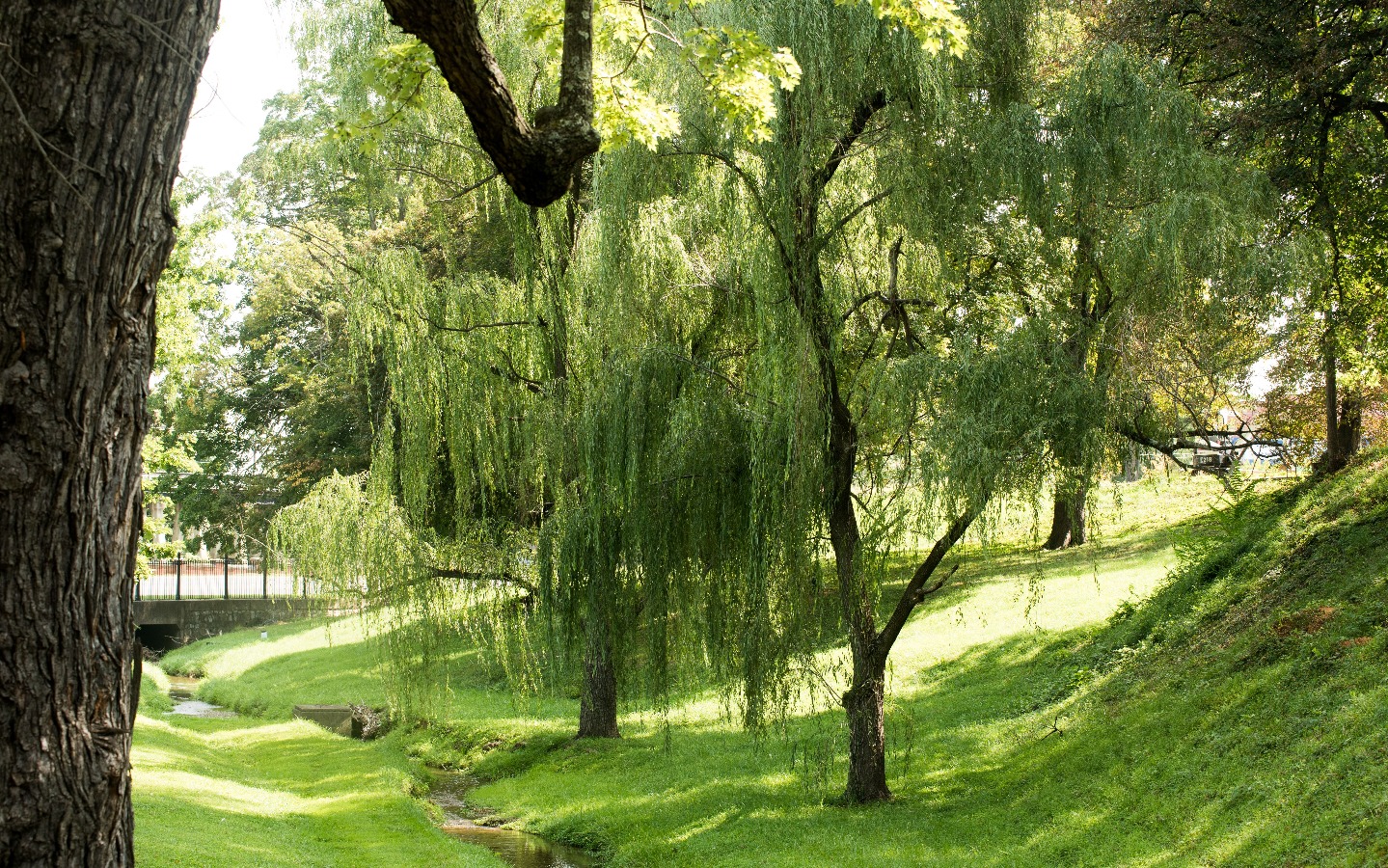 “Some people (potential hotel guests) think: ‘A lunatic asylum! Oh my gosh!” Strassler said. “(But) It was designed as a facility that would treat the mentally ill in the most humane possible manner.”

Patients were taught the likes of equestrian skills and provided with insights into architecture and Strassler said “beautiful gardens” were available to them, reflecting the asylum’s wish to provide “healing and recovery through the restorative effects of beautiful architecture and a tranquil landscape.”.

Proof of the gardens’ appeal is underscored by a cast iron fence being placed around them in the 19th century.

“The (asylum) superintendent wanted to keep townspeople out because they were disturbing the patients,” Strassler said of the fence. “It (the gardens) was so beautiful people wanted to use it as a local park.”

Staunton dates back to the early 18th century and features several types of architecture. The town is committed to preserving its past, eager to find practical uses for historic structures.

The Blackburn Inn, a member of Historic Hotels of America, describes its architecture as “distinctive and unmistakably American,” thanks to the likes of the builder’s use of red bricks, whitewashed wood trim and the style of molding used.

The hotel was named after architect Thomas R. Blackburn, chosen to head a 19th-century renovation project. Blackburn was a protégé of U.S. president Thomas Jefferson, who himself was a noteworthy architect. Together, Stribling and Blackburn directed the renovation of the complex, which saw the addition of spacious room wings, gardens, and a cupola on top of the main hospital building.

Hotel guests will find 49 rooms, a spa and a picnic area among its features.

Western Lunatic Asylum of Virginia patients didn’t actually live in what is now the hotel, staying in nearby buildings.

But the hotel did house asylum administrative offices and treatment rooms, giving it an unusual cachet, Wagner noted.

“It has an interesting history,” she points out.

These industry veterans are eager to assist tourism firms