Travelling in a new vegan world

The Vegan Travel Association was founded by three travel agents: Donna Zeigfinger, Jennifer Kern-Kaminsk and Jason McGregor. Today, there are six vegan travel businesses taking part including Vegan Vacations, Green Earth Travel, World Vegan Travel, Margie Travels, Vegan Travel Club, and Vegan Travel Asia by VegVoyages. The association is holding a virtual travel summit in January about Travelling in a New Vegan World 2022. Travel Courier caught up with McGregor to find out more about the 17 day event and how vegan travel extends far beyond menu items to no leather chairs in the resort room or no feather pillows.

Tell us a little bit about yourself and how you got into focusing on vegan travel? 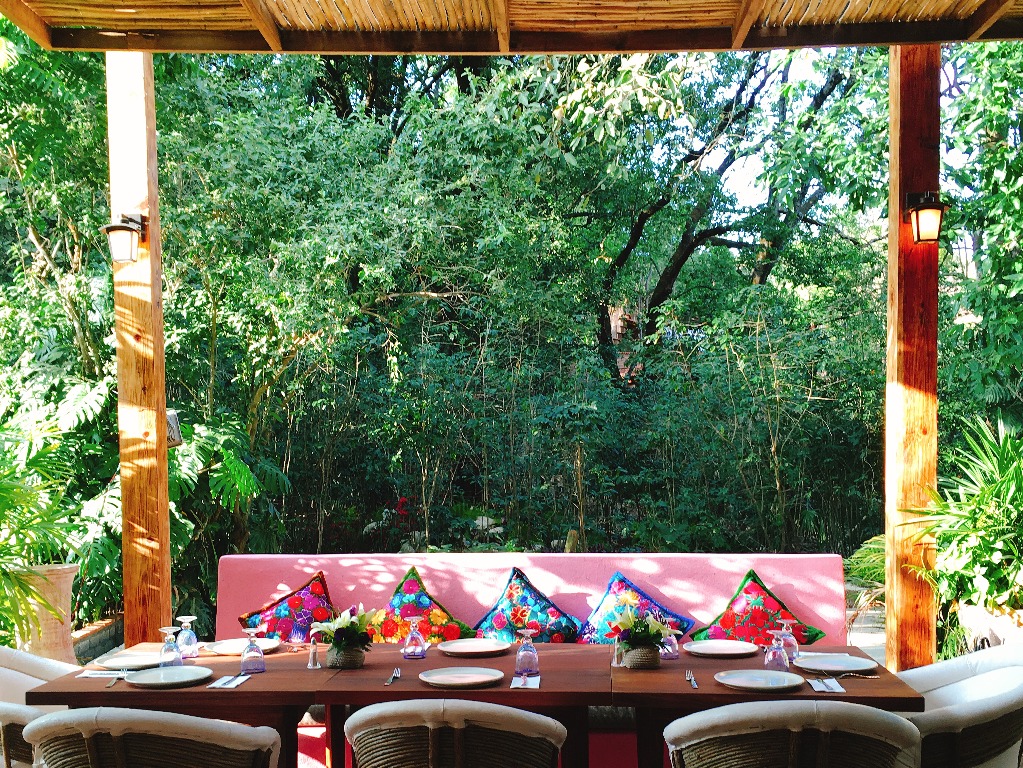 My name is Jason McGregor and I own and operate Vegan Vacations, a full-service travel agency based in Ontario. We specialize in helping clients who are vegan or vegetarian find 100% vegan or vegan-friendly travel options. Not all of our clients are vegan, some travel with family members who identify as such, but our goal remains the same. To help everyone travelling enjoy an amazing vacation experience while remaining true to their individual morals, ethics & health choices.

Our larger business goal is “Amplifying the voice of vegan travellers” and advocating for increased vegan and plant-based offerings from all providers. Our market is not a small one. A 2020 Statista dossier states there were approximately 850,000 vegans in Canada in 2018. In addition, roughly 2.3 million Canadians class themselves as vegetarian. That represents just under 8.5% of our population and with the huge shift to veganism in 2020 the number grows daily.

Personally, the change in me occurred in 2016, after watching a few eye-opening documentaries and researching the many ways humans use animals, I chose to be vegan and I have never looked back. Vegan Vacations came to fruition after taking a few personal vacations as a new vegan and realizing just how lacklustre options were for me now. Despite paying the same price as everyone else, it felt as though my experience was less than and the accommodations offered left me feeling like I was an inconvenience. In most circumstances, I was treated like my dietary requirements were a medical issue. Not the type of experience a traveller pays for. I immediately saw an opportunity for me to effect some positive change and in 2018, Vegan Vacations was born.

For those who don’t know, can you explain more about what it entails and how it goes far beyond just menu items at resorts? 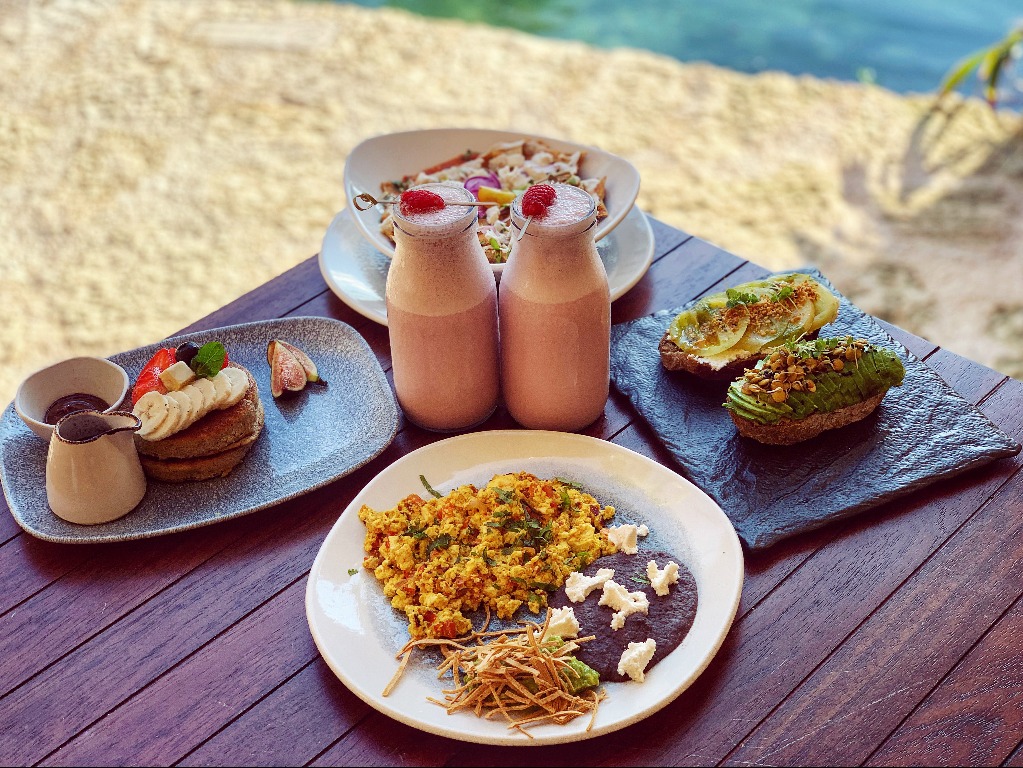 Vegans are concerned with the ethics surrounding the use of animal products in every facet of their lives and they want to work towards an existence where animals are not used, tested or impacted at all. And quite frankly it’s easier to accomplish than most people like to acknowledge. What we look for first when recommending resorts to our clients is of course the food aspect, but then we dig further into seeing what furnishings are used across the resort — leather and animal hides are a big no-no.

What type of pillows and duvets are offered in-suite? Down feathers are not something a vegan traveller wants in their bed. Where do the toiletries come from and what ingredients were used to make them? Were they tested on animals? What activities/excursions are promoted at the resort? We don’t want to recommend a resort that offers horseback riding, dolphin swims, fishing or other animal experiences as this can be a trigger for many vegan travellers. This is why a vegan travel agent supporting vegan travellers works. We find out first what type of vegan our client is and then recommend those places that will suit their needs, whether dietary, lifestyle or otherwise.

What are some of the things vegan travellers are looking for? 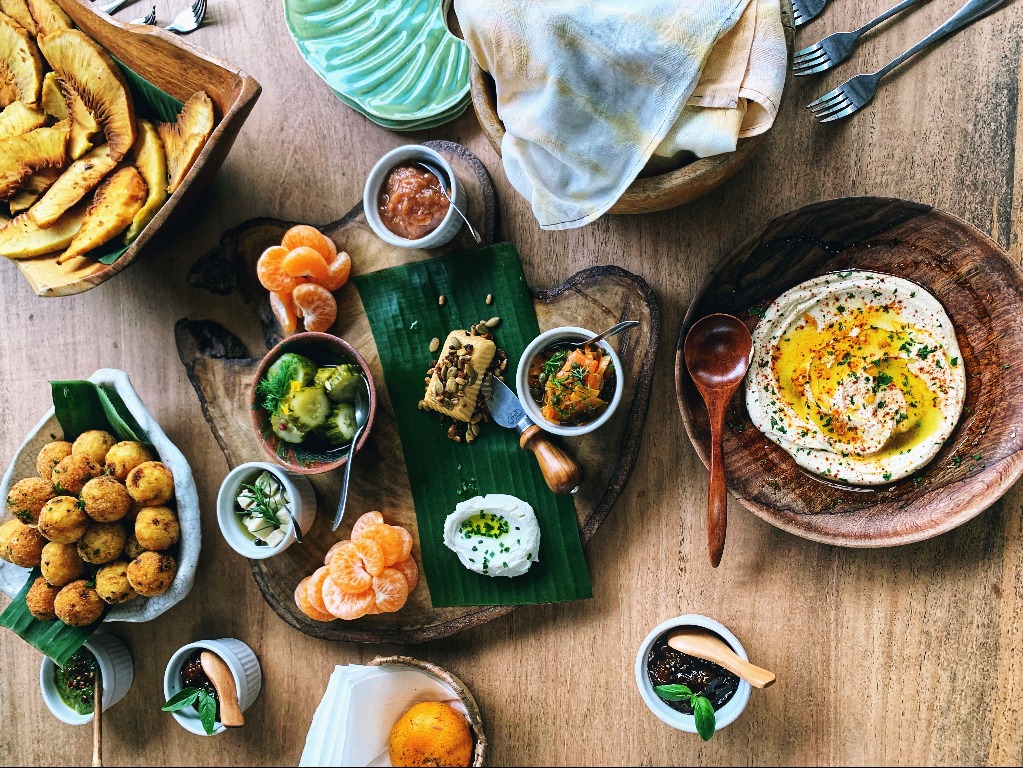 The term “Plant-Based” and “Vegan” are interchanged quite regularly, with many believing that being a vegan merely means you don’t want animal products in your food. This is not correct. Eating a plant-based diet is a major component of being a vegan, but it’s not the only thing vegans are concerned about. Some come to veganism through the study of ethical issues, as I did, many others dip their toes into the water because they have heard about the amazing health benefits of adopting a plant-based diet.

In 2016, Health Canada amended their Canadian Food Guide to encourage Canadians to eat more plant-based foods. Some vegans live this lifestyle because of their religious beliefs and others still came to be vegan because they knew it was having a catastrophic effect on our planet. A report published in Science has found that following a vegan diet can cut the use of land by 76%, greenhouse gas emissions by 49%, and freshwater withdrawals by 19%.

And it’s important for us to know what type of vegan our travellers are because it really shapes the things we look for in a resort before making recommendations.

I will say that in the three years we have been in operation, we have seen quite a few brands acknowledge that more needs to be done and many have been making moves in a positive direction. I think it’s just about showing hotels, resorts and tour operators that there are alternatives that can please all travellers but also will make a world of difference to vegans and quite frankly to our planet as well.

It is wonderful to see that many resorts no longer treat vegan travellers like they have a medical issue but the work is not yet done. That’s what we keep reiterating as we book clients into resorts that are becoming more and more “vegan-friendly” and fully vegan in the future.

What trends are you noticing for vegan travellers? Any destinations that are doing well? 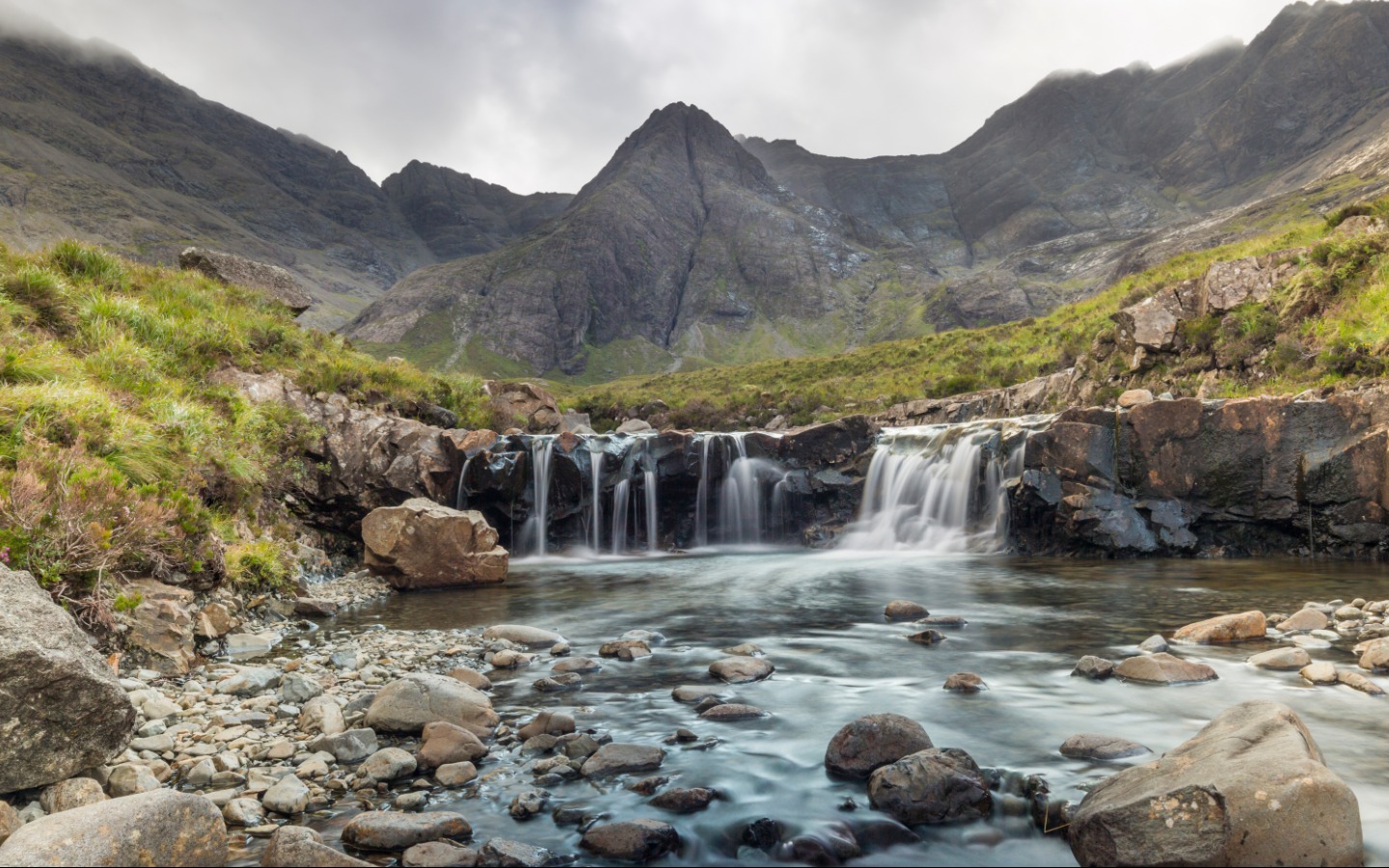 There isn’t a week that goes by that a lead from my website hasn’t requested a list of vegan all-inclusive resorts. Even vegan travellers enjoy the convenience of the Caribbean and a beautiful beach. More resort chains are supporting vegan travellers. Also, another trend is self-drive and long stays in Iceland, Ireland or Scotland. These three nations know what they are doing when it comes to offering real experiences for all types of travellers. As an example, our trip to Scotland and Ireland in 2017 found us enjoying plenty of vegan options no matter which town or city we trekked out to for the day. Veganism is on an upward trajectory and the companies and countries that understand this shift will see increases in their tourism numbers.

The Vegan Travel Association just announced the Travelling in a New Vegan World Summit. What are some of the highlights and what will people get out of it? 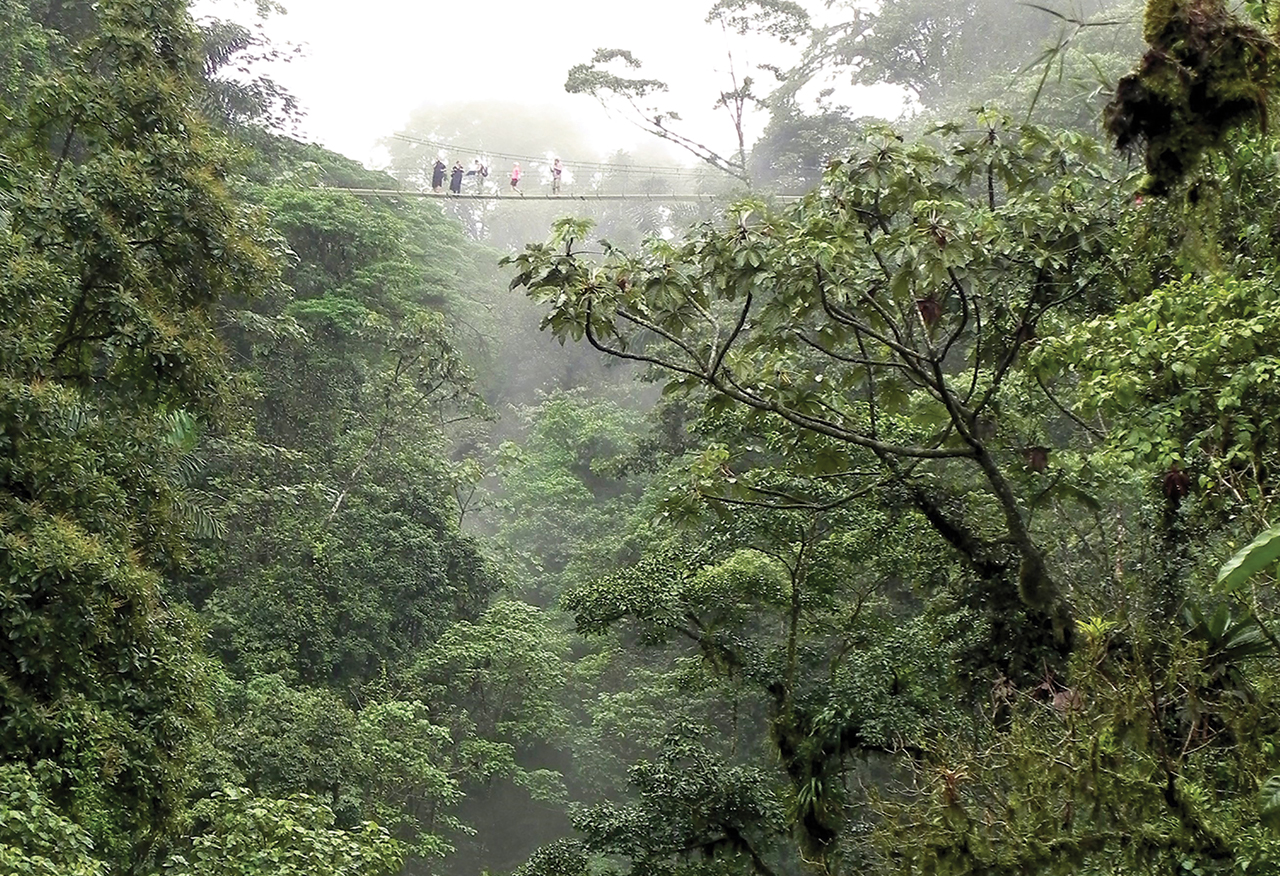 We are really excited about this year’s summit! This year we are proud to say that now have 48 unique sessions with 46 amazing speakers and topics like: “Exploring Asia as a Solo, Female, Vegan Traveller” with the author, Shivya Nath; “Nepal and Bhutan’s largest vegan festival brings vegan tourism to the forefront of the Himalaya” with Zac Lovas from VegVoyages and the committee presenting the first-ever Himalayan Vegan Festival in 2022; “Cruelty-Free Travel: Is this a reality?” with Donna Zeigfinger of Green Earth Travel; “A Dolce Vegan: Living a Sweet Vegan Life in Italy” with vegan media personality Lucia Grillo, Gretchen Sheridan of Tierno Tours & The Nomadic Vegan herself Wendy Werneth and “Vegan Wines from around the world!” with a vegan wine expert, Frances Gonzalez.

Last year a number of vegan travel businesses came together to present some incredible sessions about what the landscape of vegan travel would look like in 2021 as well as what new and exciting options were available to vegan & vegetarian travellers in our post-COVID-19 world. 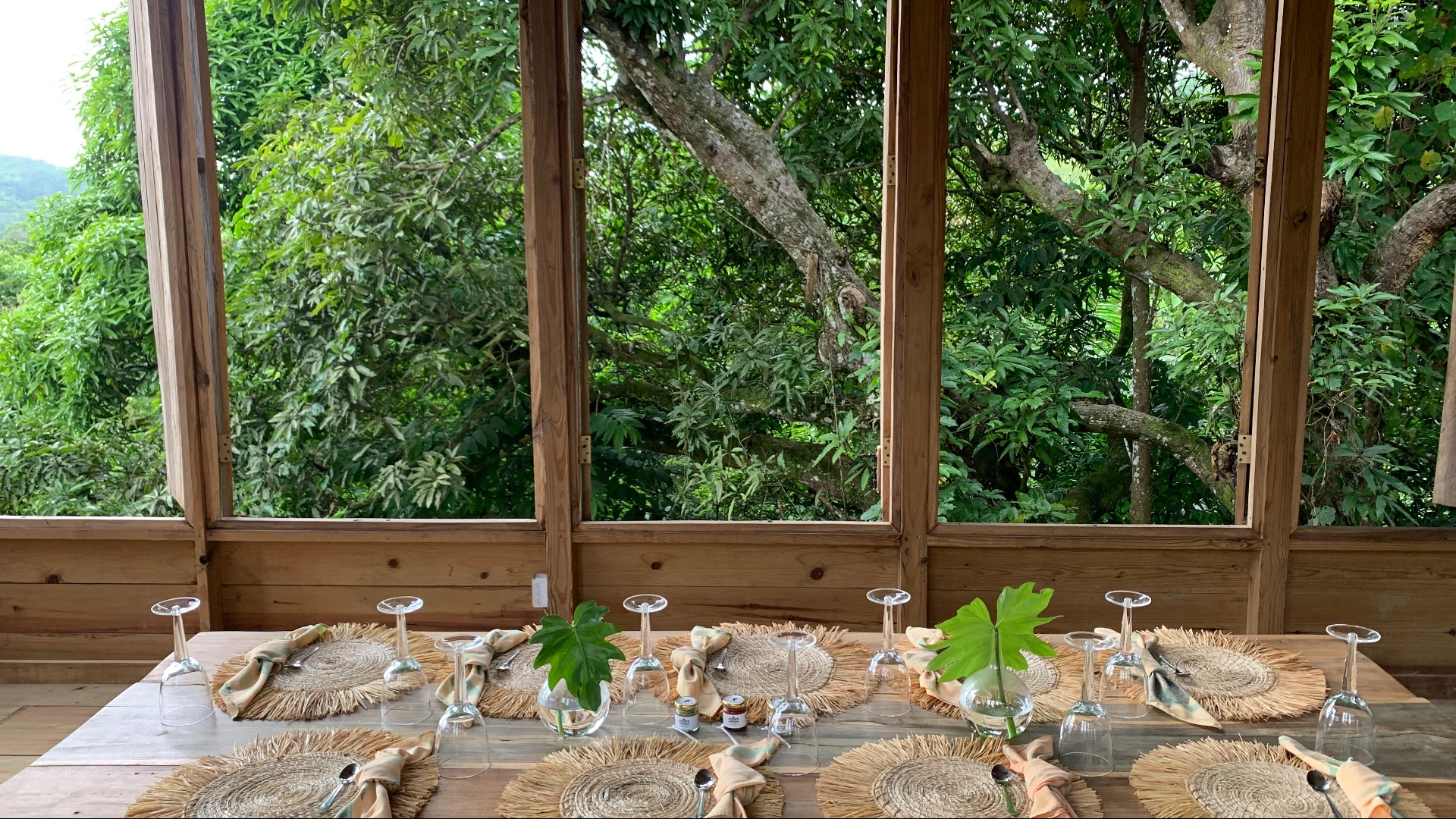 Tickets are free but are also limited. They can be reserved by visiting https://nvw22.heysummit.com and any questions can be sent to vegantravelassociation@gmail.com.

We encourage all types of travellers to take part as well as any travel professionals who want to learn more about this niche market. We hope that this event will have a far reach within the travel community as we know many people already have clients who identify as vegan.

Step back in time at these seven scenic castles