Tourism in the Netherlands – A spectacular own goal

The Kingdom of the Netherlands is famous for its football team, their beloved Oranje, and they are recognized worldwide for their free-flowing style of football (soccer) and their bright orange jerseys.

Unfortunately, the rudderless Dutch government recently scored a spectacular own goal – the feat of scoring a goal in your own net – with the release of its new COVID-19 Digital App to enter restaurants, bars, sporting and cultural events, clubs, etc.

At the end of September, either a colossal oversight by a country renowned for its efficient bureaucracy or a purposeful omission has essentially left all tourists that are not resident in a European Union country – even if they have two vaccines recognized by the European Union – legally unable to dine indoors, go to a sporting event, dance in a night club – essentially participate in any enjoyable activity – in a ludicrous example of an implementation gone all wrong.

So outlandish is the oversight, that in the current rules, double vaccinated tourists who are not EU residents may eat on a patio of a restaurant, with the caveat that they are not legally entitled to use the bathroom facilities indoors of the restaurant they are dining in.

Given the often, rainy climate in a Dutch autumn, foreign visitors will be feeling particularly unwelcome and will need to stay very close to their hotels in case nature calls.

The Dutch government is very clear about admission into the country, and that travellers who have been vaccinated twice by a vaccine recognized by the European Union are fully admissible to the Netherlands without any sort of testing. It is indeed curious that the Dutch Government has made very precise and fair rules to enter the country, but have made no provisions for foreigners to actually be able to enjoy the country.

Now in fairness, the government has stated that a “negative test result no older than 24 hours” will exempt visitors from the COVID-19 Digital Pass requirements. But this ambiguous statement is not clarified at all, and it is not clear whether this is a PCR test or a rapid antigen test. 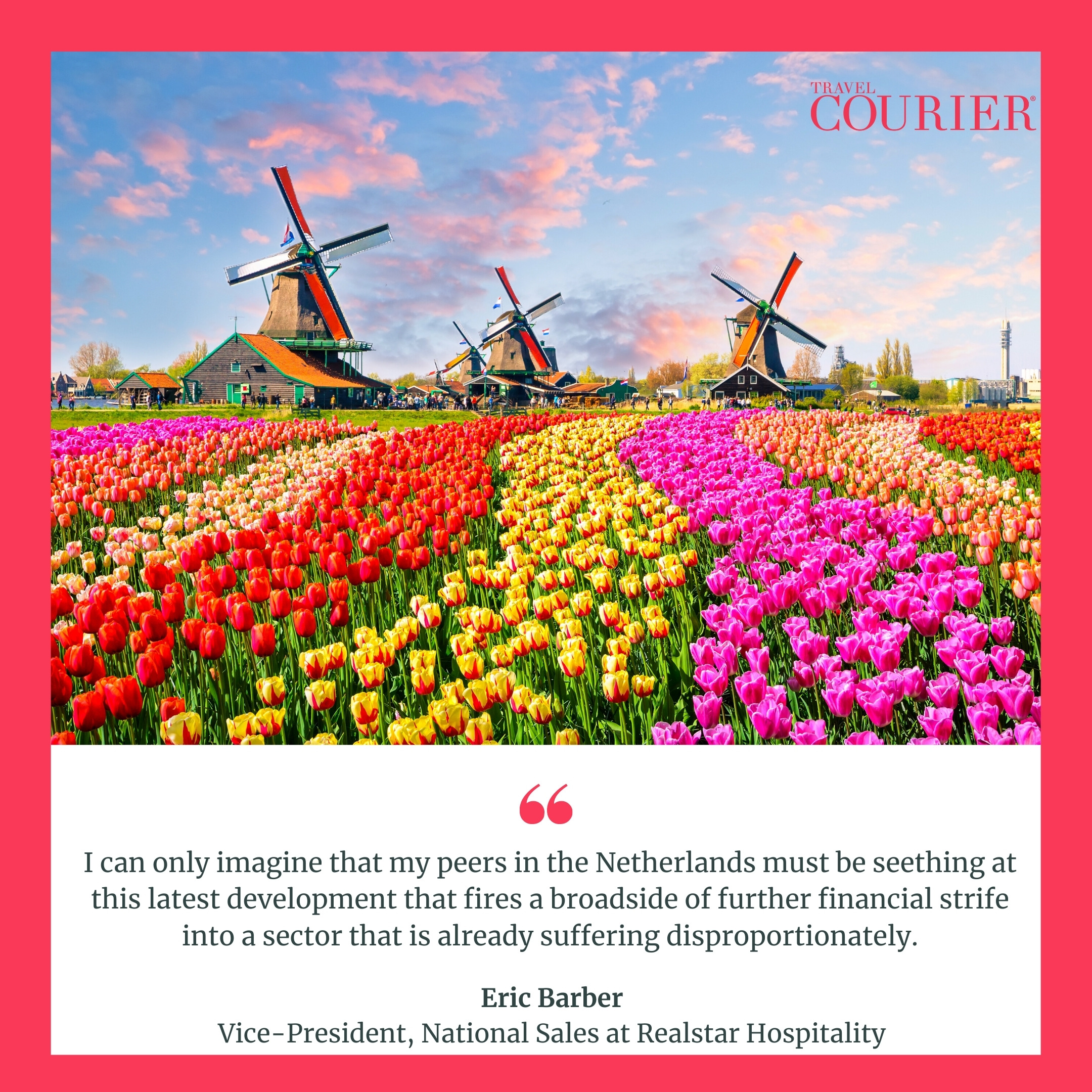 It does, however, state that home tests are not recognized, which is ironic as this writer was handed two home rapid antigen self-tests as he departed the jetway of his Lufthansa flight from Frankfurt.

The government rules don’t state where tourists should get tested, how much it will cost – free testing ended as of Sept. 30. Visiting for 21 days, certainly 21 PCR tests would be not only expensive, but also uncomfortable and perhaps painful.

Compounding the Dutch failure of implementation is the European Union as a whole.

I am a dual Canadian-EU citizen, but requests to the Irish Embassy to recognize my Canadian vaccinations and issue me a digital pass were rudely rebuffed with the response that only citizens who have been vaccinated in the EU can get an EU Digital Pass.

The Dutch government will issue a pass to those vaccinated outside of the EU provided they have a residency in the Netherlands. The Germans have the same policy.

International students have also been affected by this new rule, and find themselves unable to participate in most leisure activities that are intrinsic to the university experience.

The Dutch have encouraged international students to choose the Netherlands to study based on its diversity, innovation and teaching in English, but these poor students currently cannot use indoor toilets.

An email to Hugo De Jonge, first Deputy Prime Minister of the Netherlands and Minister of Health, Welfare and Sport on September 28 has not been responded to.  Subsequent attempts to contact him on Twitter and Facebook have not been successful.

Given that there was a national election in March, and a coalition still cannot be agreed upon, the Netherlands is effectively without a proper government.

No surprise that such a phenomenally poorly planned execution of a digital COVID-19 pass has taken place in the Netherlands. 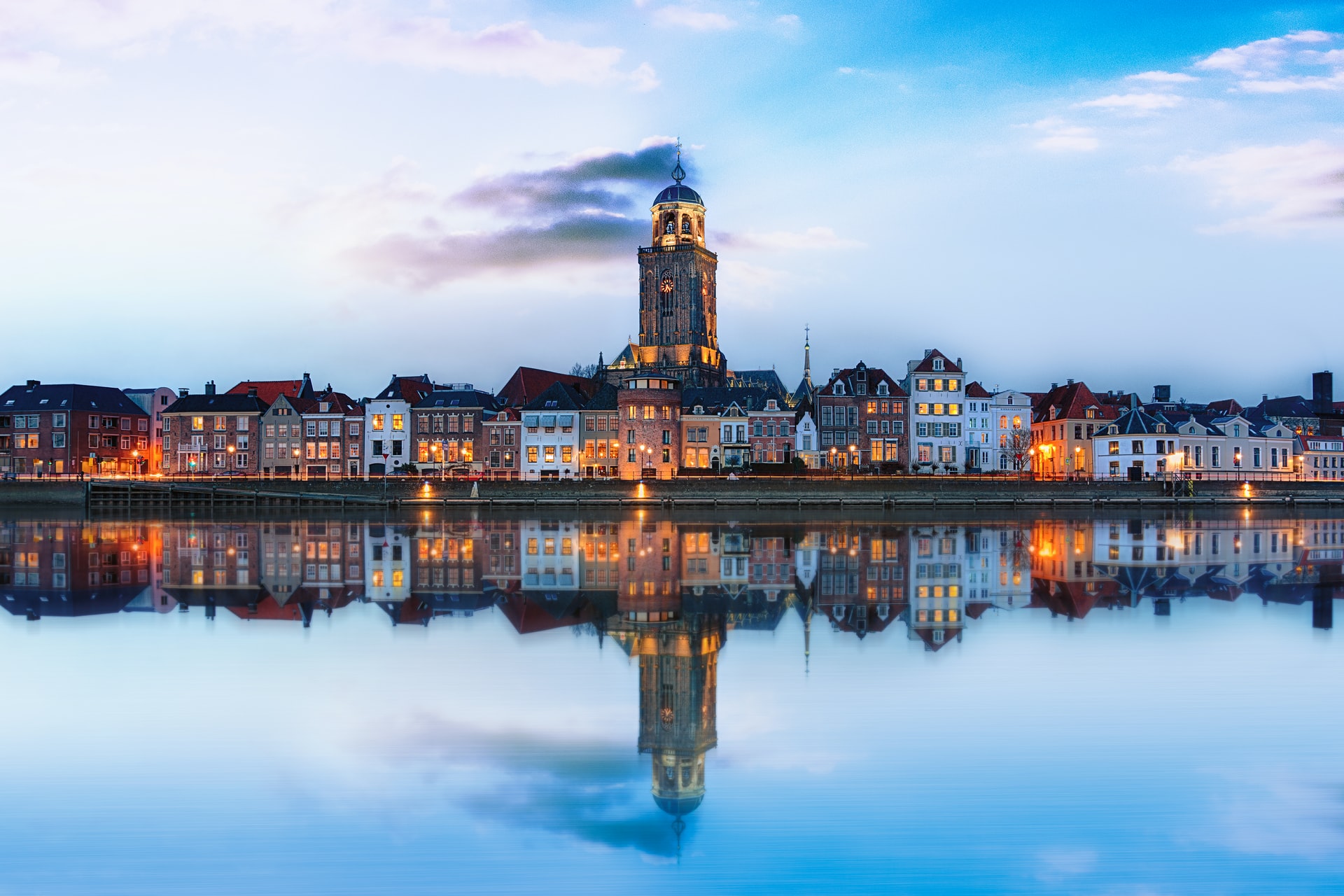 As a hotelier, I have been very critical of all levels of government in Canada over the past 18 months and their handling of COVID-19 and the border, I can only imagine that my peers in the Netherlands must be seething at this latest development that fires a broadside of further financial strife into a sector that is already suffering disproportionately.

On a side note, the French and German governments have made very clear provisions for double vaccinated visitors that are non-EU residents that they may do any leisure activity including restaurants, bars and events by showing their vaccine certificates issued by their local authority.

This writer has subsequently booked himself, his wife and his Dutch mother on a trip to Bordeaux and a trip to Muenster, Germany, where the regulations are welcoming and the provisions are efficient, and will gladly spend large sums of money in the local economy.

In the meantime, I hope the government of my mother’s homeland rectifies this ridiculously futile situation for visitors to the Netherlands.

The Netherlands has world class arts, culture, sports and nightlife, and it is a shame that such a gaffe tarnishes their fine reputation and product.

Deputy Prime Minister De Jonge, on behalf of my fellow hoteliers and restaurant owners in the Netherlands, and all non-resident visitors, fix this chaos, jobs and the economy depend on an efficient and safe re-opening of tourism in your wonderful country.

Eric Barber is Vice-President, National Sales at Realstar Hospitality and he has been a regular contributor to Travel Courier’s sister publication Canadian Travel Press, providing readers with an insider’s view of the hotel industry here in Canada and around the world.