Toronto Sheraton ushers in a new era with transformation

The downtown Toronto hotel has been undergoing a transformation that began in December 2020 and is expected to be completed entirely by mid-2022 that general manager Tim Reardon says will make it attractive to both those visiting Ontario’s capital from elsewhere but also city residents.

And at the heart of the current work is a ground floor “town square concept” that when complete will lead to an area that Reardon says will look appealing to all wanting to enjoy coffee, drinks or food in a relaxing ambiance, with the hotel confident that those who will be staying in it for a couple of nights easily being content staying in the property — rather than search for nearby restaurants or bars — should they choose to, happily enjoying its dining options and options to unwind.

The lobby area will provide a “completely different experience”  and feature a “fresh, clean, new look” when work is completed, he adds. “We were happy with it (the hotel prior to the current work) but we said, “How can we make it even better?” 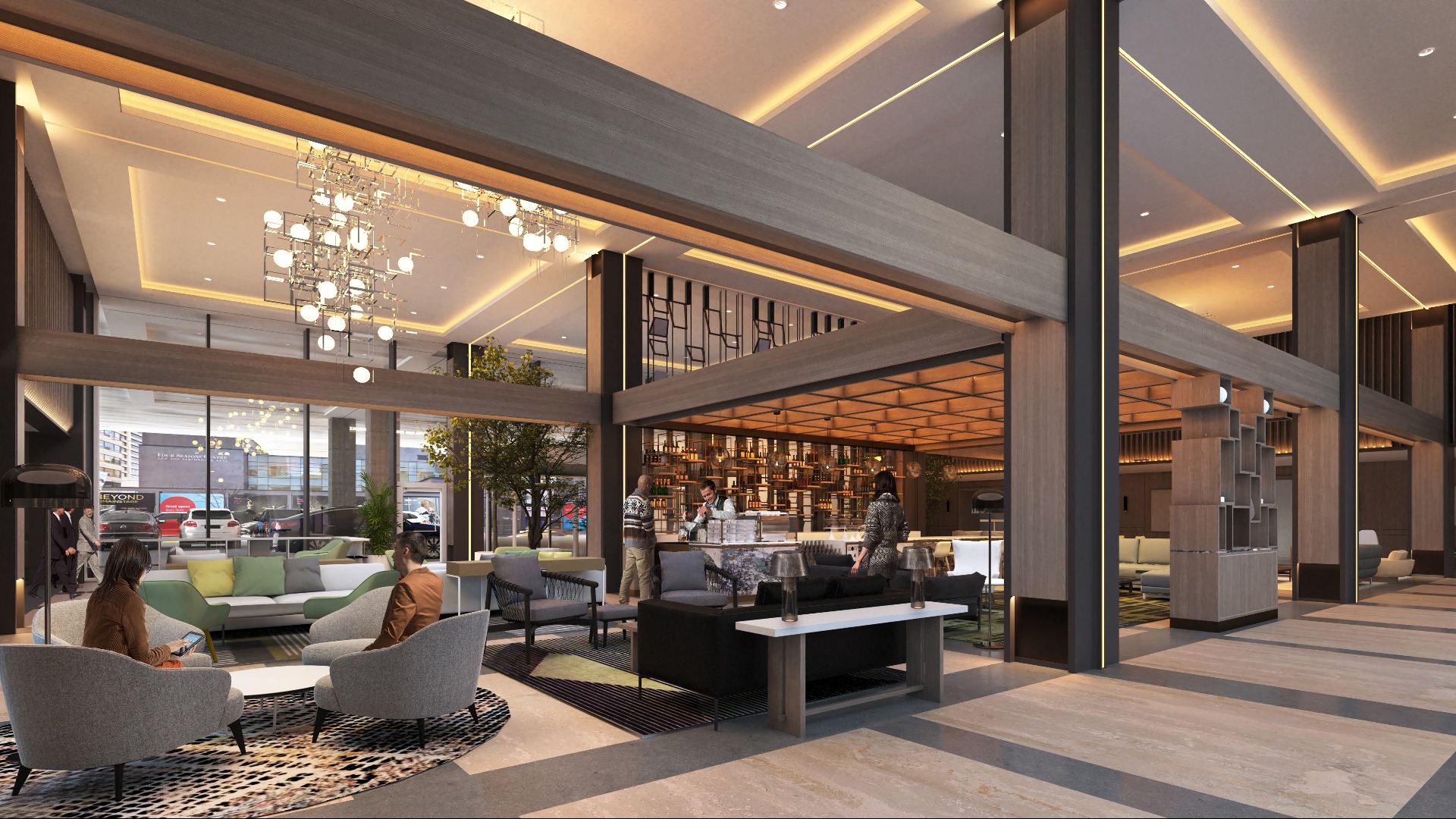 The Sheraton Centre Toronto Hotel says work is leading to a transformation that includes a “complete reimagining of the hotel’s lobby, new collaboration studios and soundproof booths (for taking private calls), 43rd-floor Sheraton Club Lounge and entire food and beverage program as part of Sheraton’s worldwide transformation of its guest experience vision.”

The Toronto hotel is among the first Canadian Sheratons “where guests can experience the new vision.”

The hotel — which redid its guest rooms five years ago — is open during current work, which Reardon says is being done in a manner that won’t be disruptive to guests now staying in it.

The work has been leading to enhanced technology, with the hotel deciding to enable guests to be able to check in and out without physically have to be present at the reception desk, and be able to use their phones as keys to open their room doors and allow them to use those same phones to order the likes of room service. 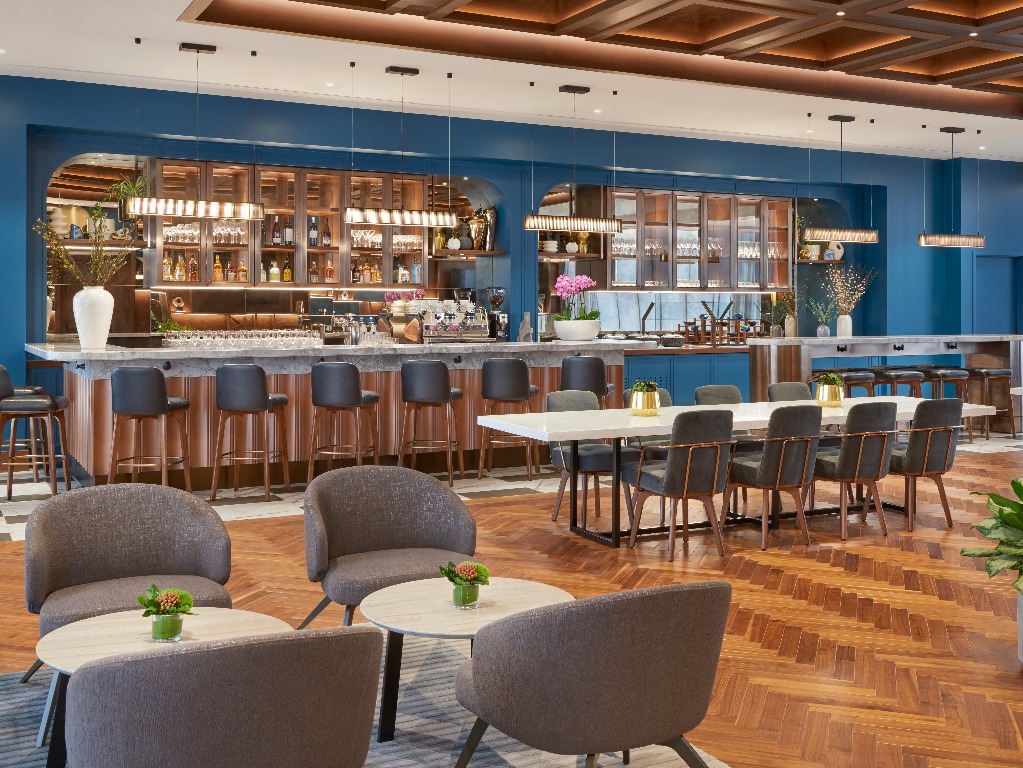 The hotel has Toronto-themed artwork throughout and guests can order the likes of local beer and gin, with a hotel official stating, “We want people to feel like they’re in Toronto.”

Having only reopened last month, hotel occupancy is back up to the average for Toronto hotels these days, and The Sheraton Centre Toronto Hotel is reaching out to Ontario residents as tourism rebuilds from the pandemic.

The hotel’s downtown location is seen as a major selling point.

Meanwhile, Reardon says his hotel stands alone when it comes to Toronto hotels competing for meetings and conventions. The hotel has 60 rooms for hosting gatherings, ranging from ones designed for just a handful of guests to a  Grand Ballroom that can accommodate 3,500 people reception-style.

“From a meetings and conventions standpoint, we have what you need,” Reardon states.