Has interior Cuba’s Finca Hector Luis one-upped mojitos and daiquiris when it comes to creating the ultimate Cuban drink?

Well, those who associate the island with tobacco might think that is the case.

The tobacco farm is is found near the Pinar del Rio community of San Juan y Martinez, arguably the heart of Cuban tobacco country and overseen by Hector Luis Prieto, who has won accolades from Cuban authorities for his tobacco production.

Tourists can overnight at the finca, where tobacco is omnipresent, with an open-air bar among other things serving drinks called Magic Aromas, rum-based concoctions that have a coffee liqueur and a tobacco syrup added.

Cuban tourism minister Juan Carlos Garcia Granda is happy to weigh in on the Magic Aroma, labelling it distinctively Cuban.

“Who knows?” he asks about the prospects of the drink one day building a following outside Cuba . “Eventually it may be famous around the world. THere’s a mystique around the combination of rum and tobacco.

Not all who have had a Magic Aroma are willing to give it the thumbs-up with Steve Gillick —  who visited Finca Hector Luis in May — admitting he wasn’t wowed by it. 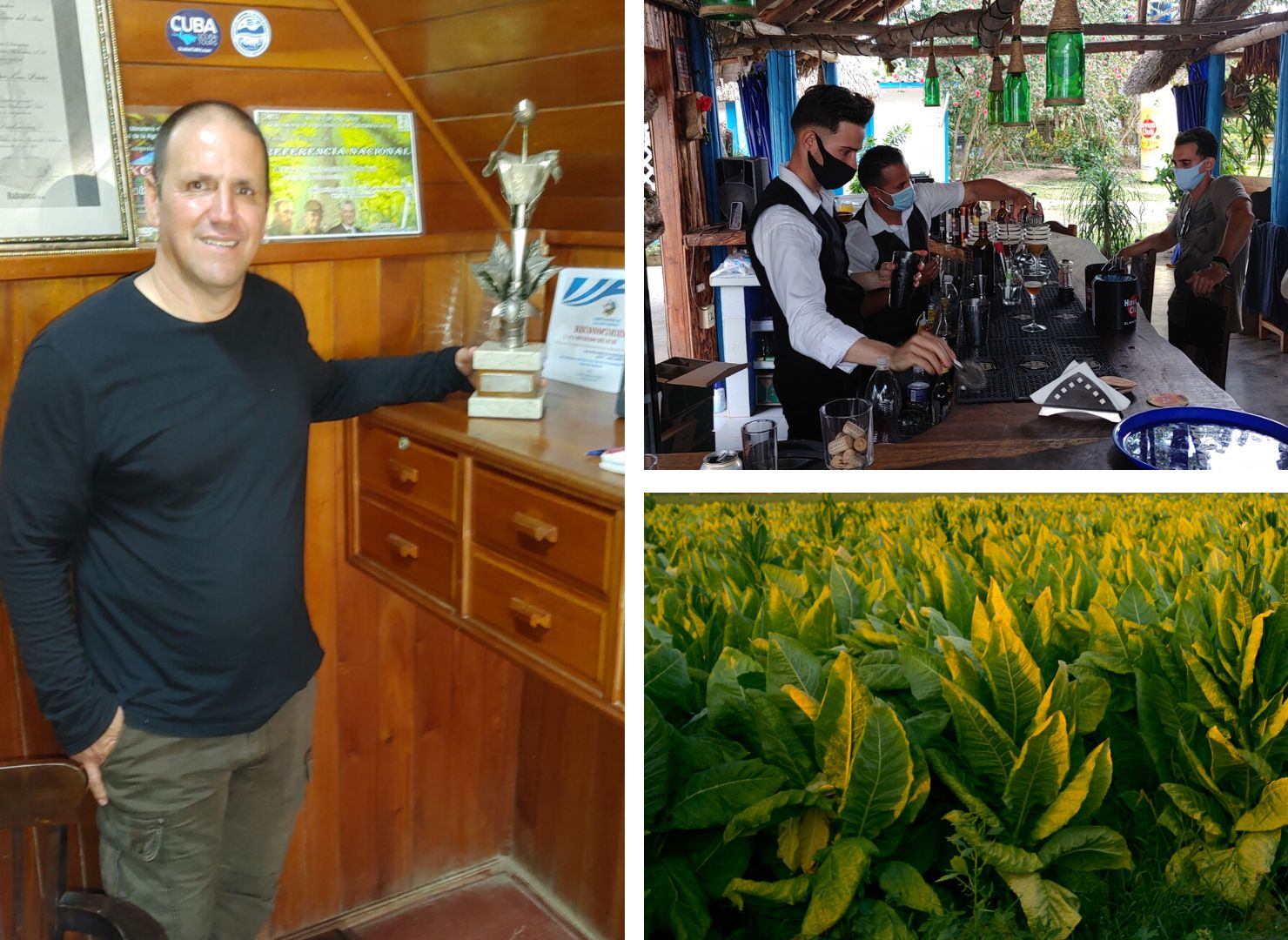 “The tobacco (flavour) wasn’t strong but as a non-smoker I don’t care for tobacco,” Gillick says.

Prieto rolls his own cigars, which tourists can buy wrapped in newspaper rather than aluminum or plastic containers, and says rolling habanos is a family tradition, crediting his father and other relatives with teaching him the tricks of the stogie trade.

“The legacy continues,” says Prieto, who likes to sport a straw hat, common in the Cuban countryside.

The tobacco industry has long been under scrutiny by health-conscious sorts but Prieto says there are many items that are consumed by people that are more damaging, and cites his own apparent good health as proof that cigars can be smoked in a safe manner.

Those visiting the Finca Luis Prieto can see among other things a large shed used to store hanging, harvested tobacco leaves (“The aging process benefits tobacco — it’s like good whiskey,” Prieto counsels), and farm animals, with horseback riding joining other activities such as cycling for guests.

Rustic-looking white cabins with blue trim that have flat-screen TVs are available for those wanting to overnight. 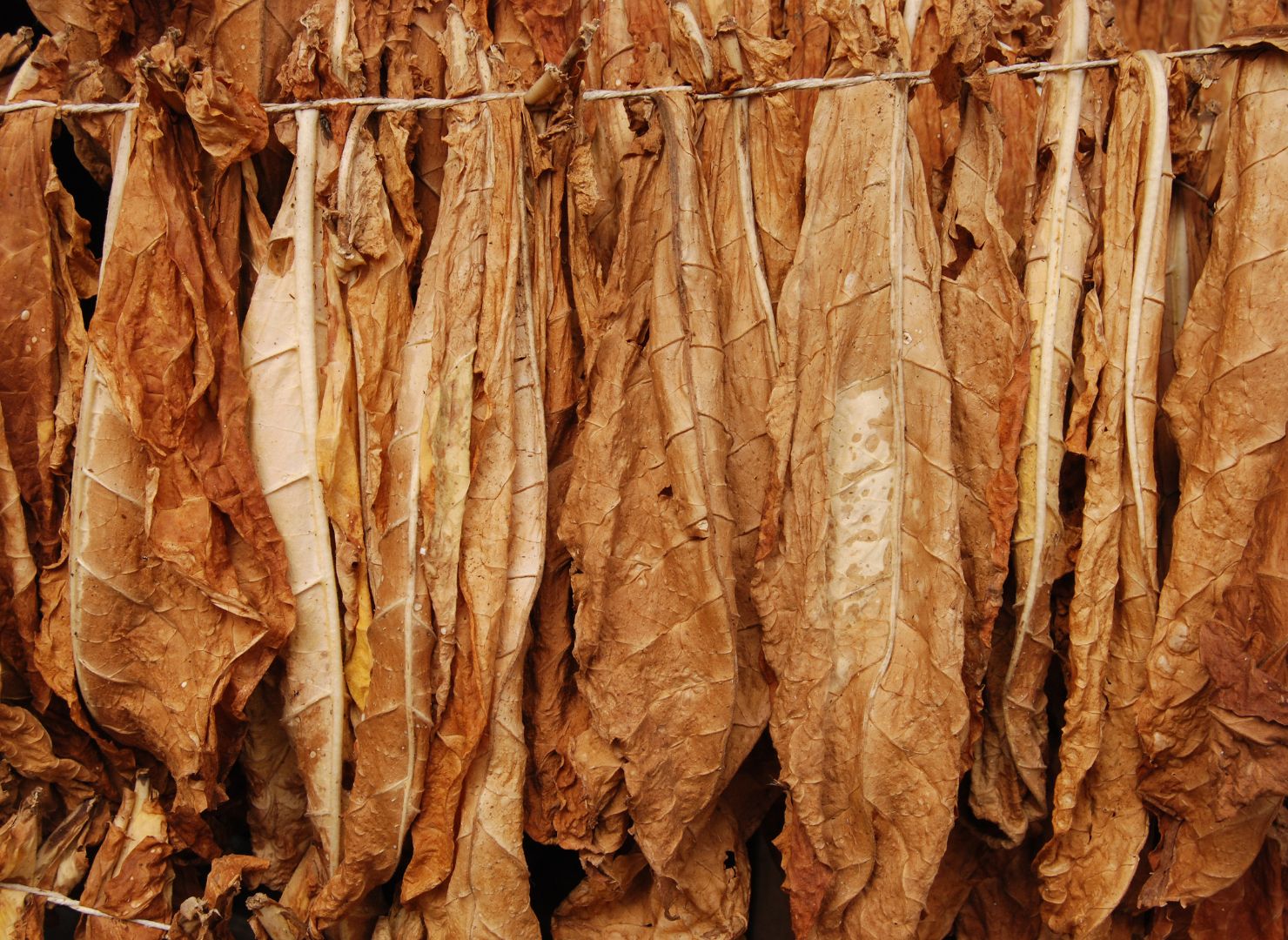 Finca Hector Luis employees sport t-shirts with an image of a cigar-puffing Prieto, underscoring the growing cigar-circle fame of a man who has pictures of him on the farm meeting with tobacco officials and celebrities — including Sylvester Stallone — alike.

“Unless he’s sleeping, I haven’t seen him without a cigar,” jokes Osvaldo Diaz , who’s long familiar with the farm.

Meanwhile, Prieto confidently states that those who appreciate cigars or enjoy sipping a Magic Aroma will be in their element in his part of Cuba.

“We respect every tobacco in the world but there’s no doubt that Cuban tobacco is the best,” he says unequivocally.

And even Finca Hector Luis visitor Gillick acknowledges that although he isn’t a Magic Aroma fan, the beverage may serve a purpose, intriguing people exploring a Cuban government-created trail showcasing a crop internationally associated with Cuba.

“I can see it on the Tobacco Route as something to try and then talk about,” he suggests.