Tianguis returns to the world stage

Mexico’s tourism show Tianguis is back and show organizers are happily reporting that it’s back in a major way.

The show — normally held each spring — was cancelled last year because of the pandemic but has just been restaged in the State of Yucatan city of Merida, with tourism officials stating they were thrilled with the number of people who were on hand for the Nov. 16-19 exposition.

Mexican president Andres Lopez Obrador said during a Nov. 16 presentation that this year’s show drew some 1,500 buyers who were able to meet with 930 exhibitors, reportedly record numbers.

The show — which had delegates undergo temperature checks each time they entered the building hosting the event and wear masks — drew participants from 70 countries.

“We’re on our way to recovery,” Lopez Obrador told delegates, while adding that the pandemic is “receding.”

“We’ve worked hard to make this the first Tianguis of a new era, a memorable and successful event that will mark the rebirth of tourism in México,” added Yucatan tourism minister Michelle Fridman Hirsch.

This 45th anniversary of Tianguis used the slogan The Rebirth of Tourism. 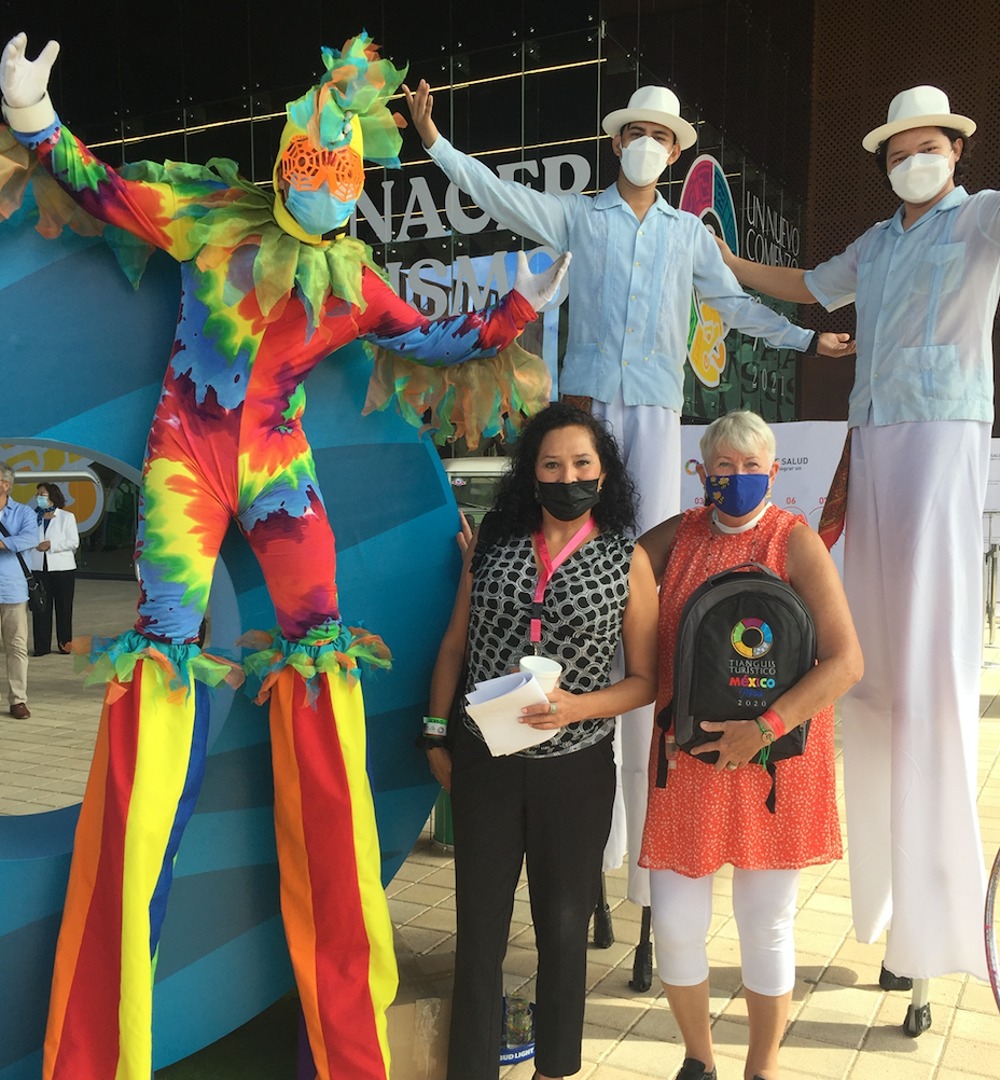 “This great event will revitalize our sector and contribute significantly to the repositioning of Mexico as a destination,” he said.

Mexico was the seventh-most visited country in the world prior to the pandemic and officials have set a goal of seeing it move into third spot, with Lopez Obrador declaring that Mexican tourism growth is “unstoppable.”

Torruco Marques said Mexican tourism never “hit rock bottom” during the pandemic. The country was quicker to welcome tourists back than most others were.

However, delegates were told that 6 Mexican tourism destinations host 92% of all foreign tourists visiting the Latin American country and those officials hope to convince more travellers to vacation in less-visited areas. This year’s show marked the first time Tianguis was held in Merida, known for an old quarter featuring colonial architecture.

Yucatan is also home to the archeological site of Chichen Itza, which attracts large numbers of tourists on day trips from Cancun and the Riviera Maya but officials note there are many other Mayan ruins and displays of colonial architecture in other parts of Mexico.

“It (vacationing in Mexico)  is not just about going to the beach. They (tourists) need to go into the country and know the Mayan region,” Lopez Obrador said of those vacationing in the Yucatan Peninsula.

Work has started on a train that would link several southeastern Mexican states, which Lopez Obrador and others say will be a huge boost to regional tourism.

Lopez Obrador praised his country for having both beautiful landscapes and a “cultural richness,” adding tourists who travel in Mexico will find archeological sites that predate European cities.

Meanwhile, show organizers used the event to pay tribute to longtime Acapulco tourism official Piques Rochin. Rochin — a frequent visitor to this country to promote her destination and recently retired after some 60 years — was praised for being a “leader in tourism.”