Follow in the footsteps of Dracula, if you dare

Book this tour freely and of your own will…

Insight Vacations’ 18-day Treasures of the Balkans premium guided tour gives participants dramatic insights into Irish novelist Bram Stoker’s classic horror story Dracula, with an Insight Experience featuring a private after-hours visit to Bran Castle, which reputedly served as the inspiration for Dracula’s abode in the novel. Tour participants travel to a forested area of Transylvania to explore the14th-century Romanian landmark, found in a part of the world that remains synonymous with vampire legends to many after Stoker chose it for the setting for his story after carefully researching the region in a London library.

Insight president Brad Ford notes Stoker’s novel still resonates with people more than a century after he wrote a tale telling of a “king vampire” who at the start of the story hosts visiting Englishman Jonathan Harker, who initially finds the Transylvania nobleman a gracious host, only to become puzzled, then alarmed and ultimately horrified by what he encounters in a castle that in the novel was decorated lavishly in some parts and crumbling in other areas.

“The Gothic horror story of Dracula, as written by Irish novelist Abraham (Bram) Stoker in 1897 and popularized by several cult film and major motion studio adaptations in the decades that followed, still sparks the imagination, and has indeed elevated the main character of the classic Count Dracula to pop icon status,” Ford says of Stoker’s novel about the “undead.” “Modern-age travellers are still quite fascinated by the insinuated connections to real life historic protagonists and geographic locations and are thrilled to investigate the legends. Guests may have the opportunity to explore the castle’s secret and underground passages. Clients will have an eerie thrill learning about a secret stairway which leads to a wood-panelled library. 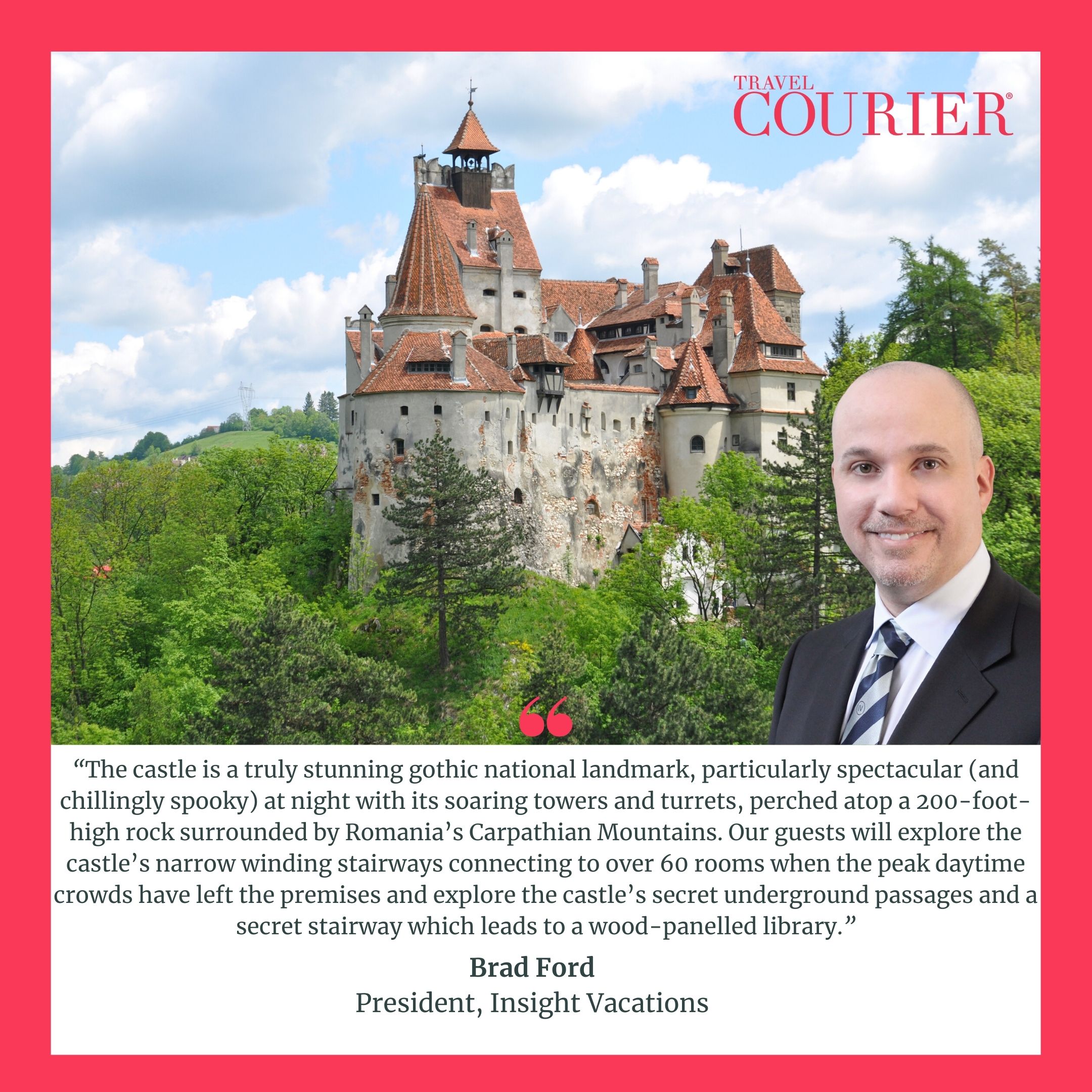 “The castle is a truly stunning gothic national landmark, particularly spectacular (and chillingly spooky) at night with its soaring towers and turrets, perched atop a 200-foot-high rock surrounded by Romania’s Carpathian Mountains. Our guests will explore the castle’s narrow winding stairways connecting to over 60 rooms when the peak daytime crowds have left the premises and explore the castle’s secret underground passages and a secret stairway which leads to a wood-panelled library.”

Queen Marie of Romania, the granddaughter of England’s Queen Victoria, was the last royal resident of the castle, living there from 1920 to 1938.

“At the end of the tour, we arrive at Queen Marie’s Tea House and enjoy a private 3-course dinner, including wine, showcasing the flavours of the region,” Ford reports. “This charming place was built in the 1920s, where Queen Marie would receive guests to Bran Castle at her afternoon teas, surrounded by flowers and greenery.”

Visitors will also learn about real-life 15th-century nobleman Vlad Dracula, linked to the castle and from whom Stoker took the name for his novel. Many Romanians consider Vlad Dracula a national hero for his fearlessly leading troops into battle against invaders, showing a ruthlessness that led to his being known as Vlad the Impaler. 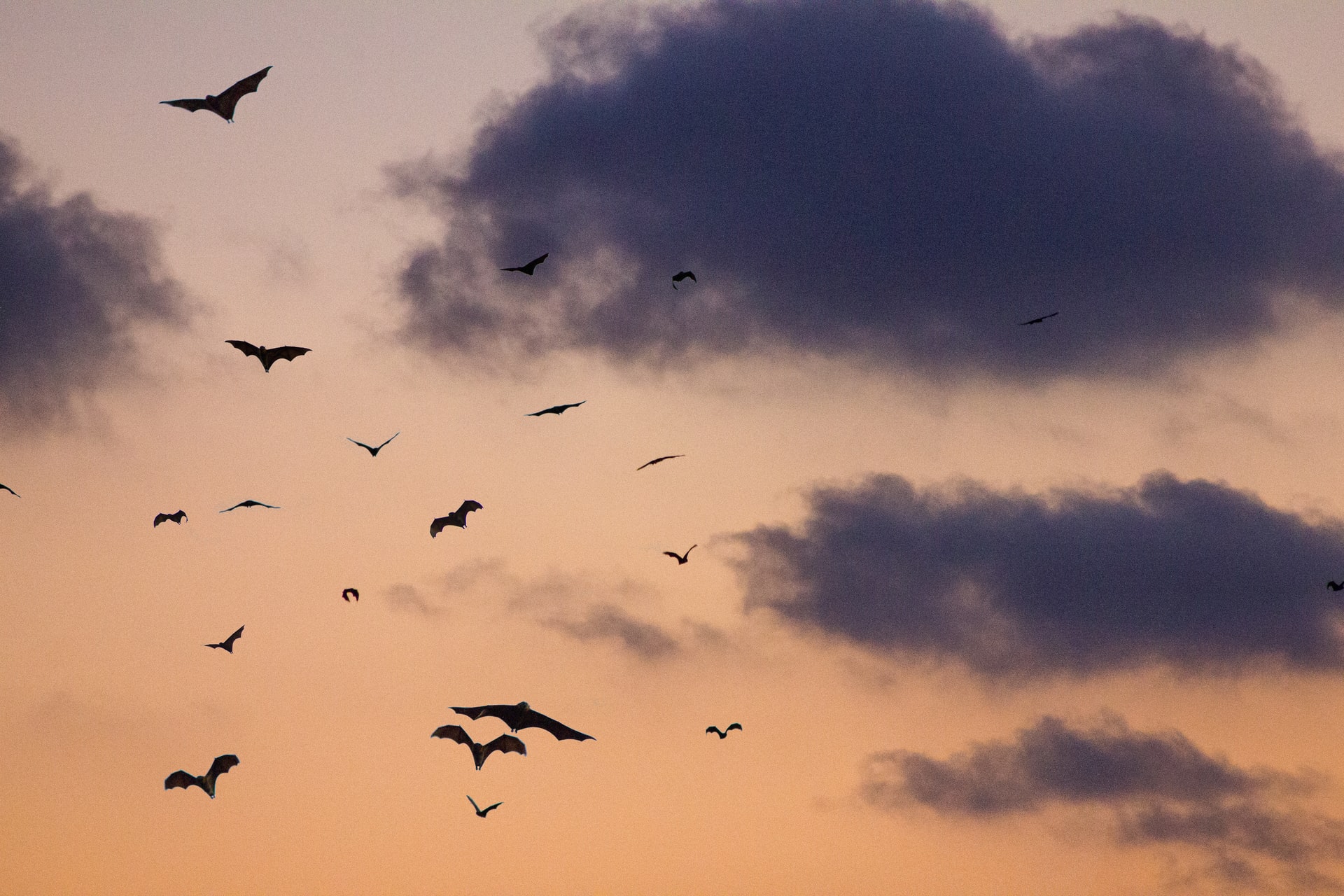 Meanwhile, Ford is quick to note that Treasures of the Balkans doesn’t revolve around Dracula alone. The itinerary begins in Romania, with participants exploring the former Communist headquarters of Romania in Bucharest. They will also see Bulgaria’s Roman ruins in Sofia and Bosnia’s Tunnel of Hope in Sarajevo. After exploring the medieval city of Brașov, they’ll take the mountain roads to the Transylvanian border and for the private Bran Castle after-hours visit.

The tour then heads on to Mostar, where a Local Expert guides participants through the city’s iconic sights ahead of a Sarajevo Dine at Home experience, sitting down with a Sarajevan family for a feast of local delicacies, traditional Bosnian coffee and tales of local life before the adventure continues in Hungary. The tour ends with the spectacular city vistas served up from the Budapest Fisherman’s Bastion.

Toronto Sheraton ushers in a new era with transformation