The sky’s the limit for energetic travellers

It seems the travel industry has no shortage of people who are willing to opt for vacation experiences that many would find daunting.

Travel Courier has found just a few of the types of experiences that await those who are energetic or fearless or both. 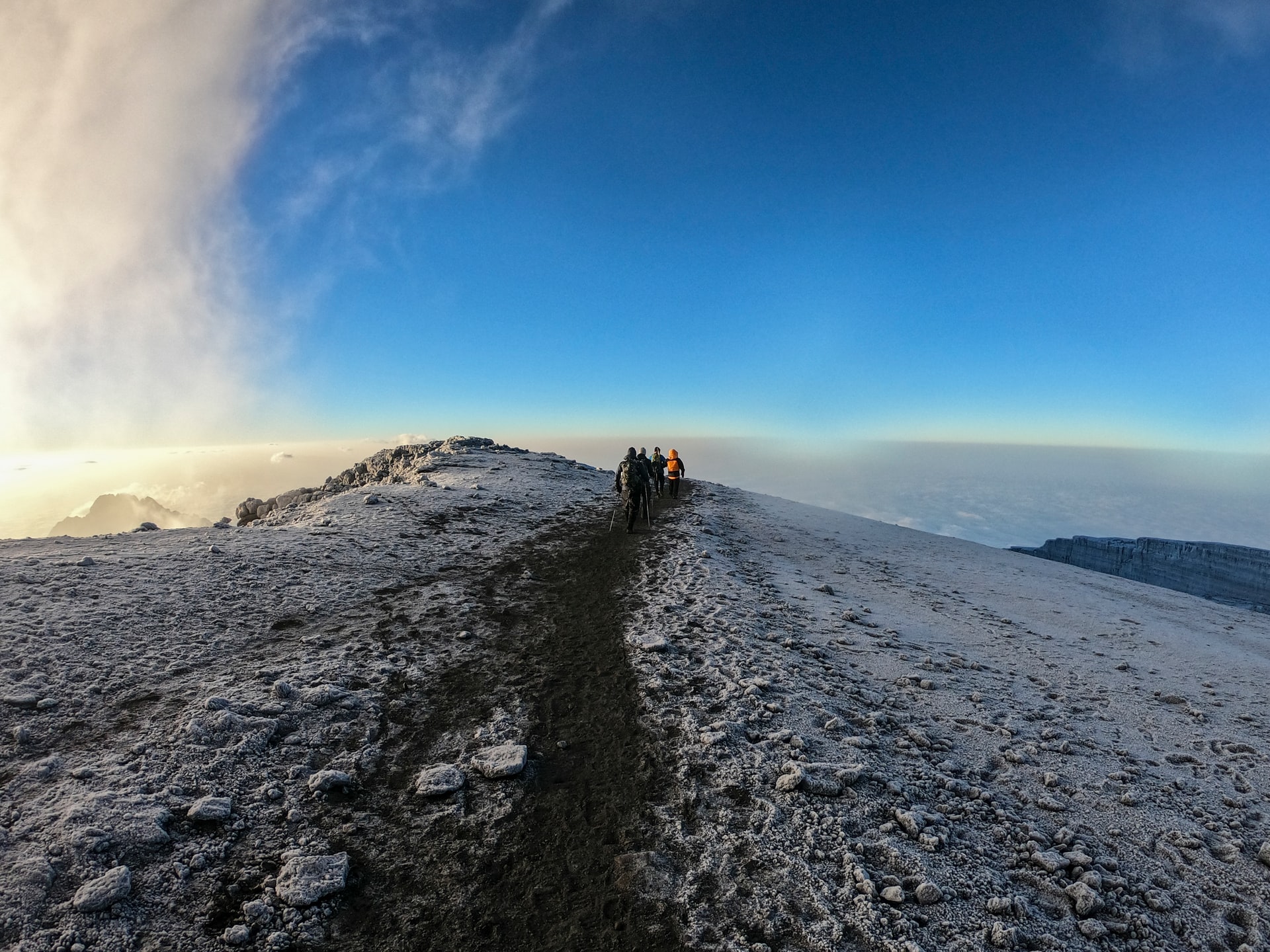 Count Trish Sare among those who are ready to undertake a challenge. And in her case she’s done so repeatedly.

Sare, who heads BikeHike Adventures, has climbed Tanzania’s Mount Kilimanjaro, not once, nor twice but three times, reaching the highest point in Africa each time.

“Two of those treks were literally back to back,” Sare reports. “I came down from one trek with one of our BikeHike Adventures groups and the very next morning went right back up with the second group. That was tough!”

Although there are many trails to reach the Uhuru Peak on Mount Kilimanjaro, all of her treks were up the Machame route, which is regarded as one of the best routes and is approximately 62km.

Kilimanjaro is a challenging trek, mostly because of rapid altitude gain in a short duration. The trek up the Machame route starts at about 7,500 feet and the summit is 19,331 feet.

“There are many different itineraries and companies running trips and the duration of days varies between 6 to 9 days,” Sare explains. “Our BikeHike trip was a 7-day trek. That meant six days ascending and one day descending. 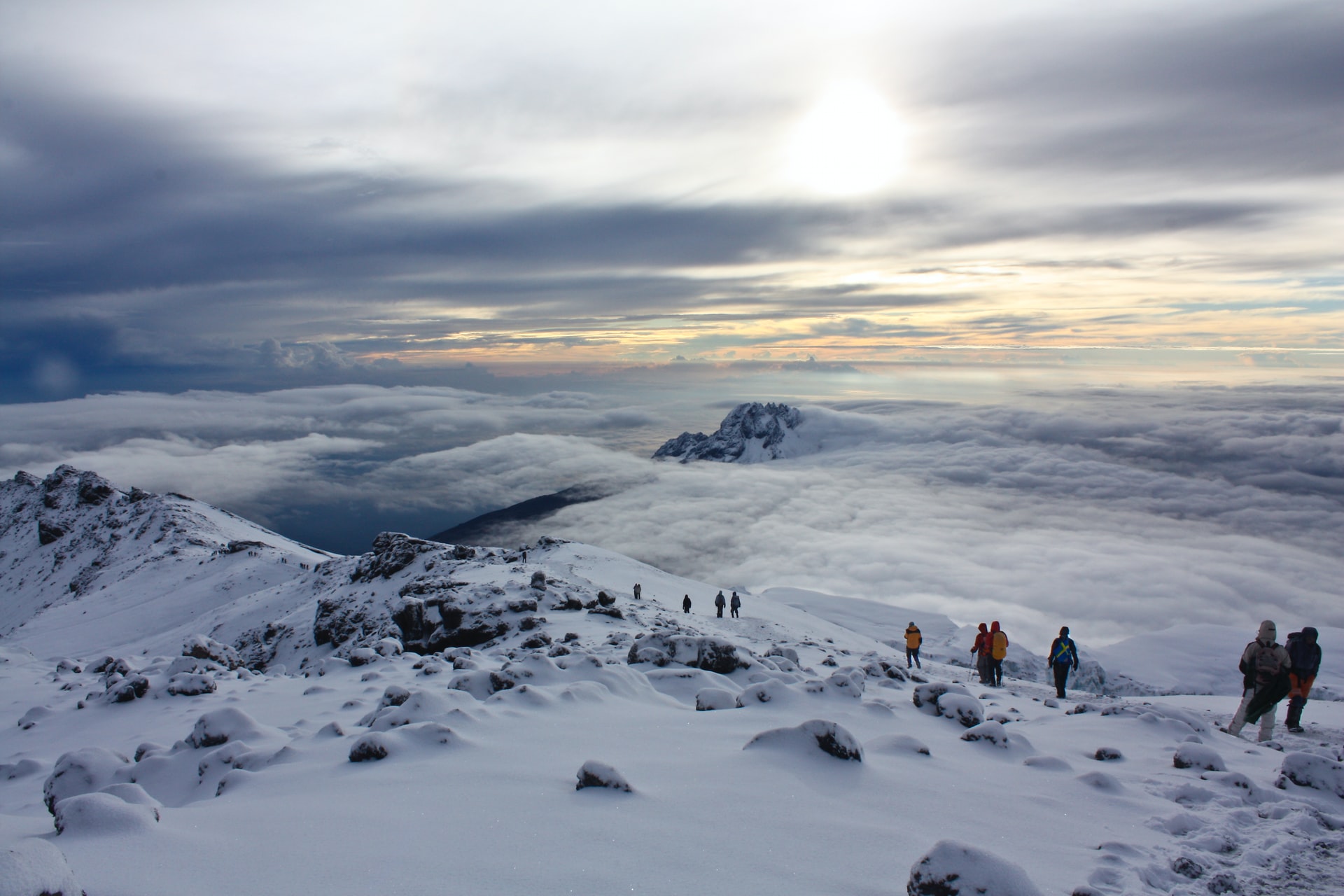 “On the way up, trekkers are hiking through a variety of climatic zones and landscapes. The Machame trek starts in a montane forest with tropical vegetation. Next is moorland, which brings shrubs and arid plants. Higher up is an alpine desert and this is above the tree line so there are big, wide open spaces with magnificent views. Finally comes the Uhuru summit, which can have snowfall, depending on the season.”

The trek itself isn’t technical so ropes and harnesses aren’t needed for ascending. It is mostly along trails, with trekkers sometimes scrambling over rocks, and at the top, potentially snow.

“On a 7-day trek, 6 days will be hiking up very slowly, which helps trekkers to acclimate,” Sare says. “The guides in Tanzania will always remind trekkers to walk pole, pole, meaning slowly, slowly.

We always found that those trekkers who didn’t like to walk that slowly often had the hardest time with the climb because physiologically their bodies didn’t have time to acclimate and they were not listening to the signs. Trekkers who had the mindset that they were just going to listen to their bodies, walk slowly and mindfully, often seemed to do better.

“Besides altitude, some other factors that make climbing Kilimajaro challenging are the cold temperatures, long days of hiking, multi-day camping which for some means restless sleeps, minimal appetite at the higher altitudes and a big one is the long descent in 1-2 days is very hard on the knees. We descended 10,000 feet in 1 day.” 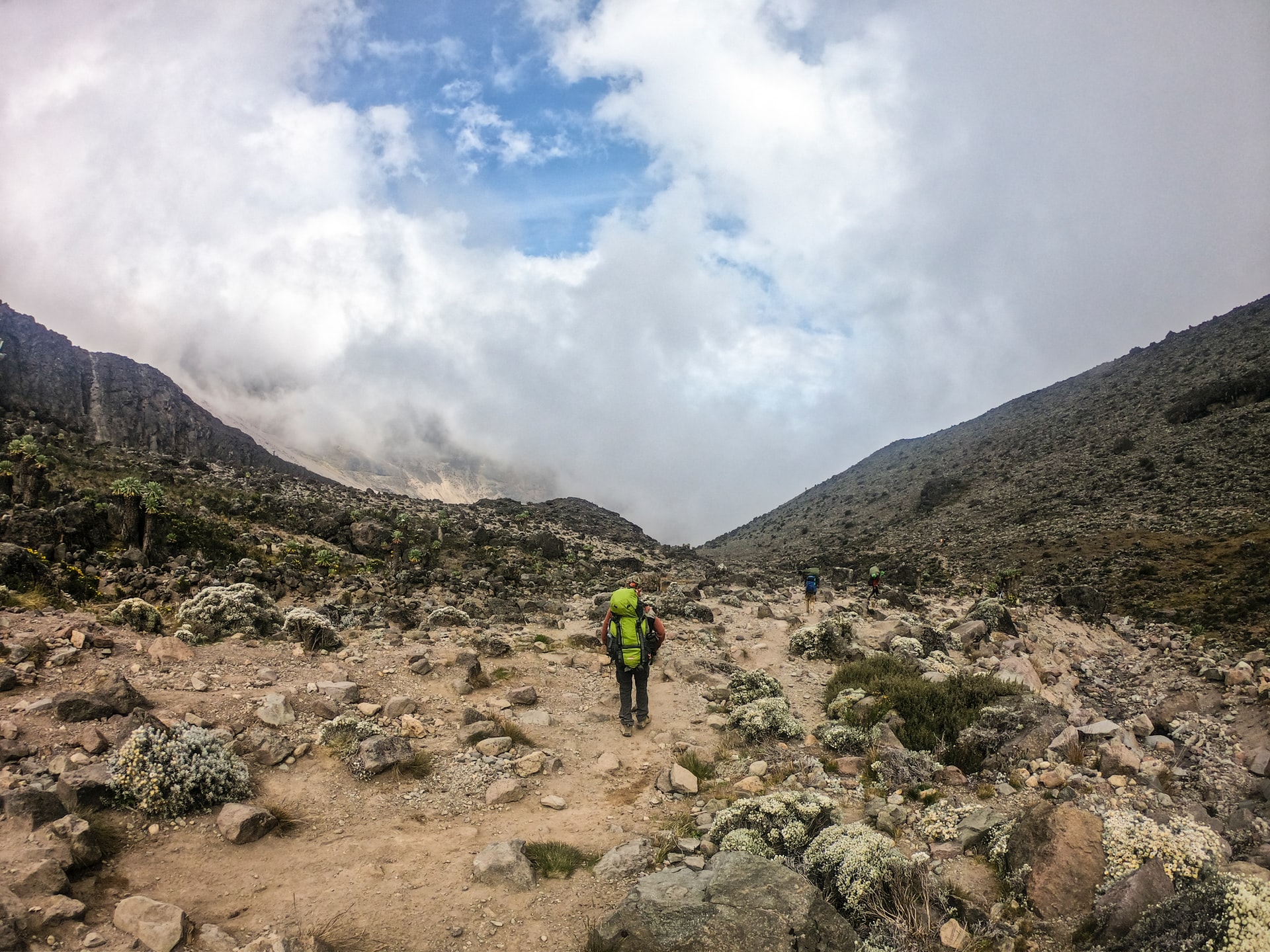 Sare says the  views from the top aren’t the best part of the experience in her opinion. The last day of the trek starts approximately 11 pm to midnight, with the goal of reaching the summit for sunrise.

“I recall not feeling great at the summit and wanted to descend as quickly as possible,” she states. “I had a quick look at the beautiful sunrise, the sea of clouds below and the lunar landscape and then quickly started my descent, all 3 times. By the way, one of the trekkers that I summited with was a cosmonaut from Austria and he described the summit of Kilimanjaro as very similar to the moon.

“But, there are many magnificent views every day of the trek, especially once one gets above the tree line. There are wide open views of the surrounding mountains. At one point Mt. Meru in Kenya is visible and there is eventually a point on the trek that Kilimajaro punches above the clouds and the scenery is reminiscent of looking out of an airplane window at a sea of soft puffy clouds in the sky.”

Being at the highest point in Africa did give Sare a sense of understandable achievement.

“It felt like an amazing accomplishment and gave me the desire to climb some of the other 7 summits of the world, which I have never done by the way,” she continues. “I’m not sure that I will at this point in my life, but I am very glad that I got to experience the feeling of standing at the top of the world on my Kilimanjaro climb. It really makes one feel how small we really are on this planet.” 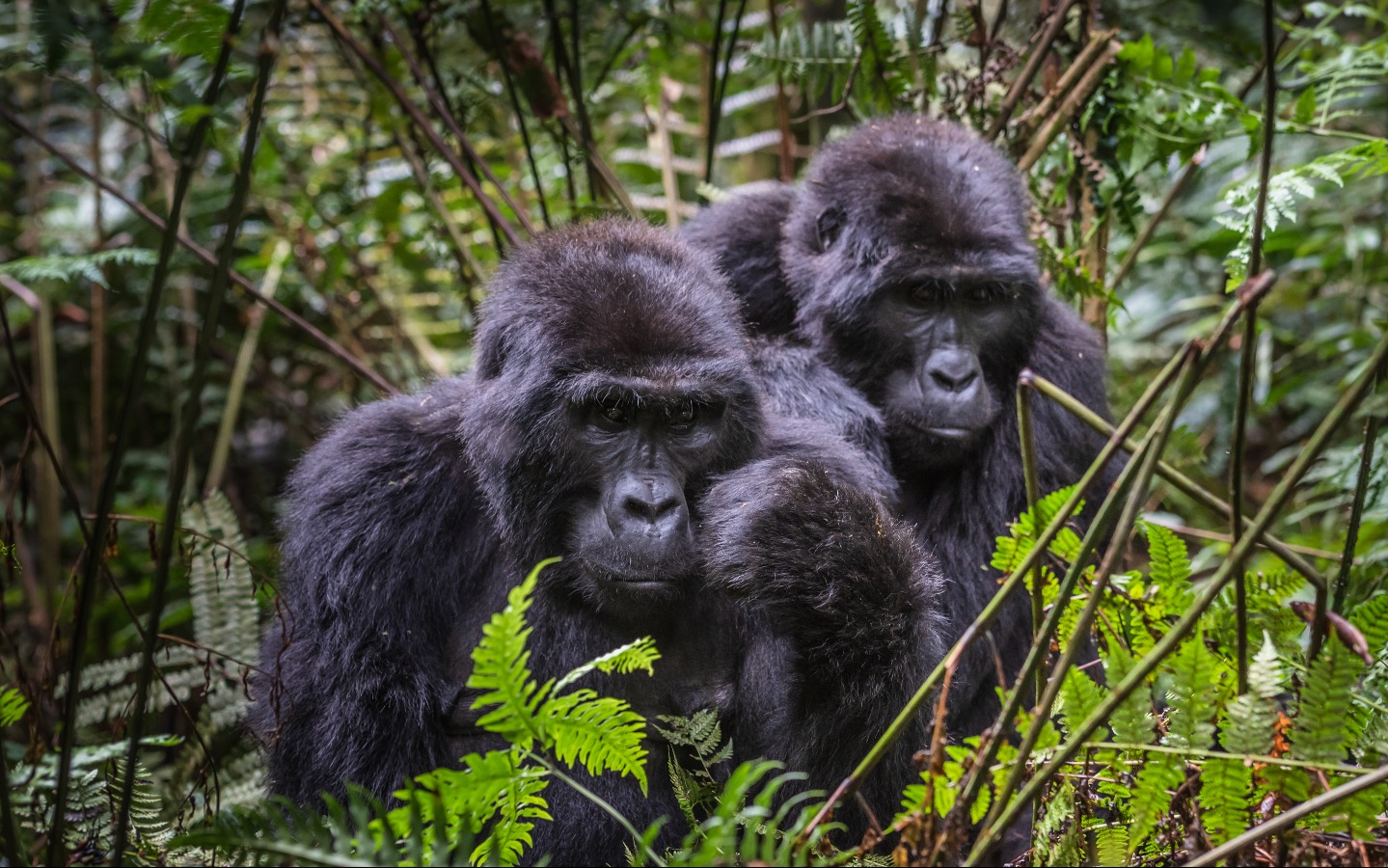 Renata Snidr says seeking out mountain gorillas on their home turf isn’t an easy slog but is very worthwhile.

Snidr, with NARAT, considers trekking both a challenge and reward.

“You get to actively engage the world you live in,” she says. “Outside of the physical and mental benefits of outdoor exercise, you get to immerse your senses in often wonderful experiences. It is a great way to discover yourself, as well as the world.

“One of the most rewarding treks that I have had was hiking through the Bwindi Impenetrable Forest. The region, which Uganda shares with Congo neighbors, is the only place where the magnificent Mountain Gorillas are found. Often, your trek is accompanied with stretchers, should a medical complication arise during the trek. At the end of the arduous journey, you are greeted with the reward of seeing gorillas up-close in their natural habitat. It is one of those life-affirming experiences that defy words.”

Trekkers may meet local tribes’ whose villages lie in the vicinity, and potentially bring a handicraft back home. 75% of the US$700 trekking permit goes towards the preservation of the gorilla population.

Meanwhile, Snidr says there are other ways to enjoy nature.

“Outside of trekking, I would ideally like to expand my marine life appreciation activities,” she says. “The underwater kingdoms of the planet are, in locations, magical places to explore: full of vibrant color where sometimes one gets lost amongst the beauty. You have to know the places and times of year to visit. Snorkeling or diving with a beginner PADI certificate is a good way to start and appreciate our planet’s marine diversity that is worth preserving. NARAT has a tour that includes PADI certification training on the world famous Southern Coast of Sri Lanka, where participants also briefly stay at a heritage property that inspired composer Ananda Samarakoon’s national anthem of the country.

“NARAT has developed a number of exceptional traveller experiences to engage with nature and contribute to conservation, and I look forward to sharing these unique journeys with agents.” 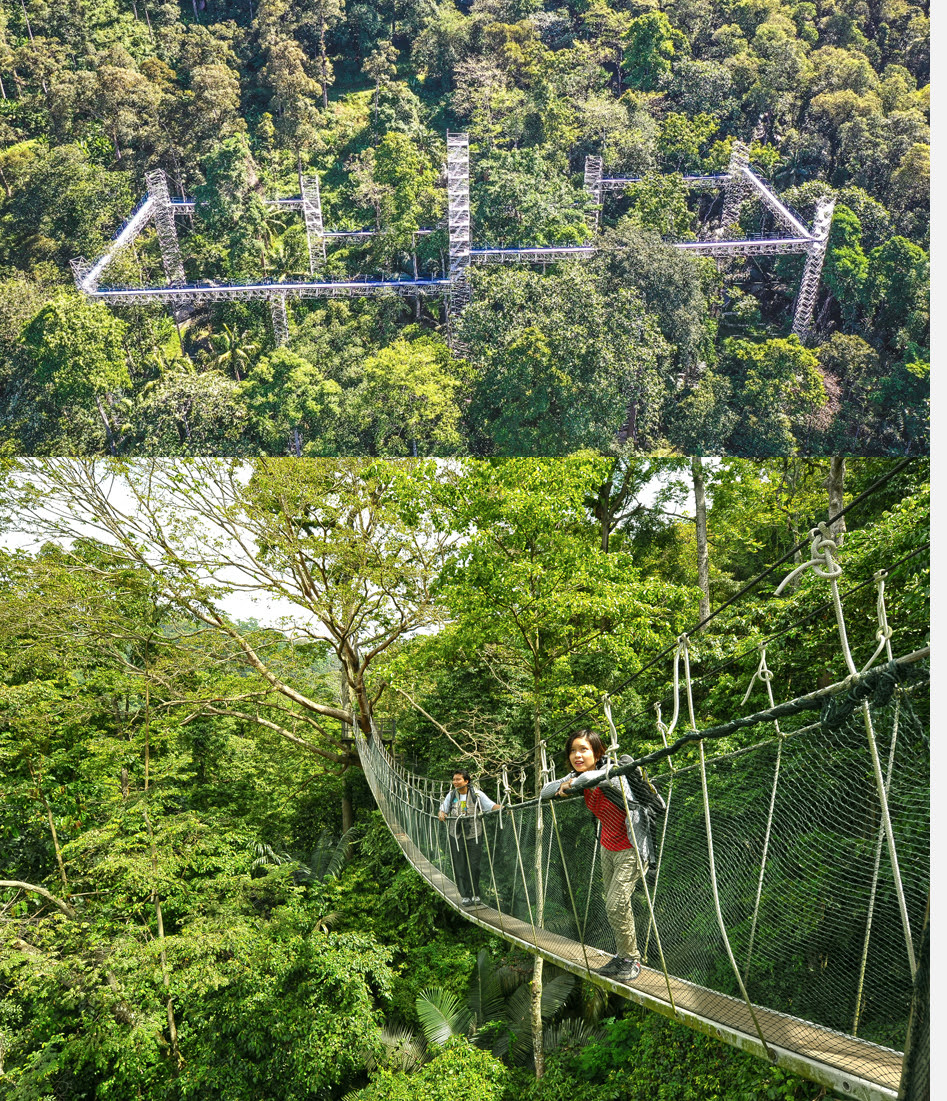 Malaysia’s Forest Research Institute is inviting people to look down upon Mother Nature in a non-contemptuous manner.

The watchtower rises well above the local forest and the Kepong Botanical Garden.

The skywalk was built with aluminum and “guy wire” – tensioned cable often used to add stability to a free-standing structure.

The attraction is temporarily closed because of coronavirus safety protocols but Tourism Malaysia is confident it will be popular when it reopens.

“Enjoy a bird’s-eye view of the greens down below as the Forest Skywalk is built in a rectangular shape,” the attraction says. “For the brave-hearted, take it to the next level by climbing the 50-meter watchtower and discover breathtaking scenery of Kuala Lumpur’s skyline.”

More information can be found here. 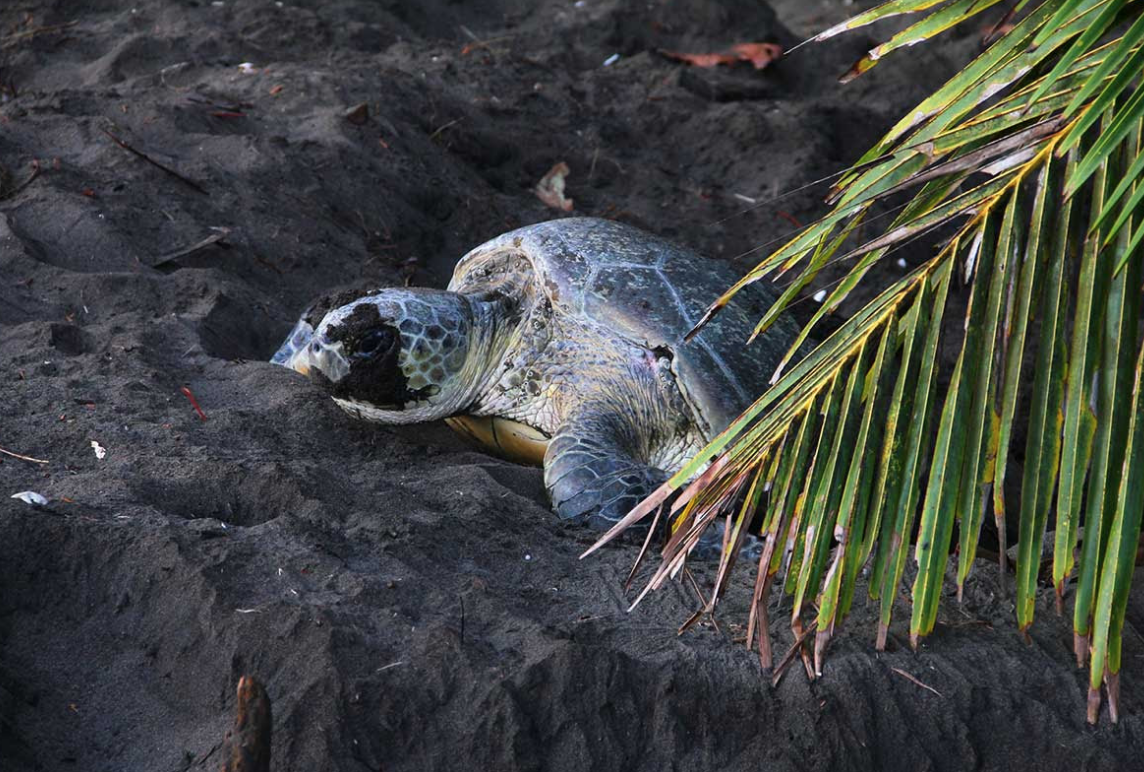 Laguna Lodge Tortuguero – found on Costa Rica’s Caribbean coast – reports green turtle nesting season is underway in the area it’s in and will run through October. The name of the green turtle is due to the color of the fat located under its shell.

The lodge says the green turtle is recognized as a faithful species to its nesting location,  meaning a turtle will return to the same beach every time it is ready to nest, often settling less than 100 meters from its last nest.

They nest every two years or more. Each nest has an average of 115 eggs, which incubate around 60 days.

Laguna Lodge Tortuguero says the importance of the Tortuguero area it’s in can be understated when it comes to the green turtle.

“The great majority of the Caribbean population of green turtles comes from the beaches located in Tortuguero, which makes it one of the most important sites in the world,” it reports.

More information can be found at lagunatortuguero.com.

Take off to higher ground