A new era unfolds at The Fort Garry Hotel

Think Choice Hotels Canada is all about Comfort and Quality Inn? Part of its umbrella is The Ascend Hotel Collection, a network of upscale resorts, historic properties and boutique hotels from Vienna to Vancouver and Stockholm to St. John’s.

One of the most unique properties in the collection is the historic Fort Garry Hotel — and it’s not just because of its reported ghost or for being a popular filming location for Hallmark Channel movies.

Completed in 1913 by the Grand Trunk Pacific Railway, this National Historic Site is known as Winnipeg’s grand castle. The Fort Garry is a great example of Châteauesque design, a distinctly Canadian style of architecture combining the monumentality of the Renaissance with the ornamentation of the Gothic Revival.

Ida Albo, Owner and Manager of Fort Garry Hotel, says the most reported ghost sightings have taken place in room 202 — and some guests come from all over the world specifically to stay in this particular room.

“I have been at the hotel for 27 years come September and have had my own personal experience with the hotel’s resident ghost, as have several guests. I have to say, however, that we have not had any sightings during COVID so suspect he is in isolation,” Albo tells Travel Courier. “My own perspective with ghosts is that if you believe in them, then they exist and if you don’t, then you are not bothered one way or the other. I believe in a spiritual dimension so in that respect, I guess my answer is yes [the ghost is real]. But more like Casper style ghosts and less like mean spirited ones.” 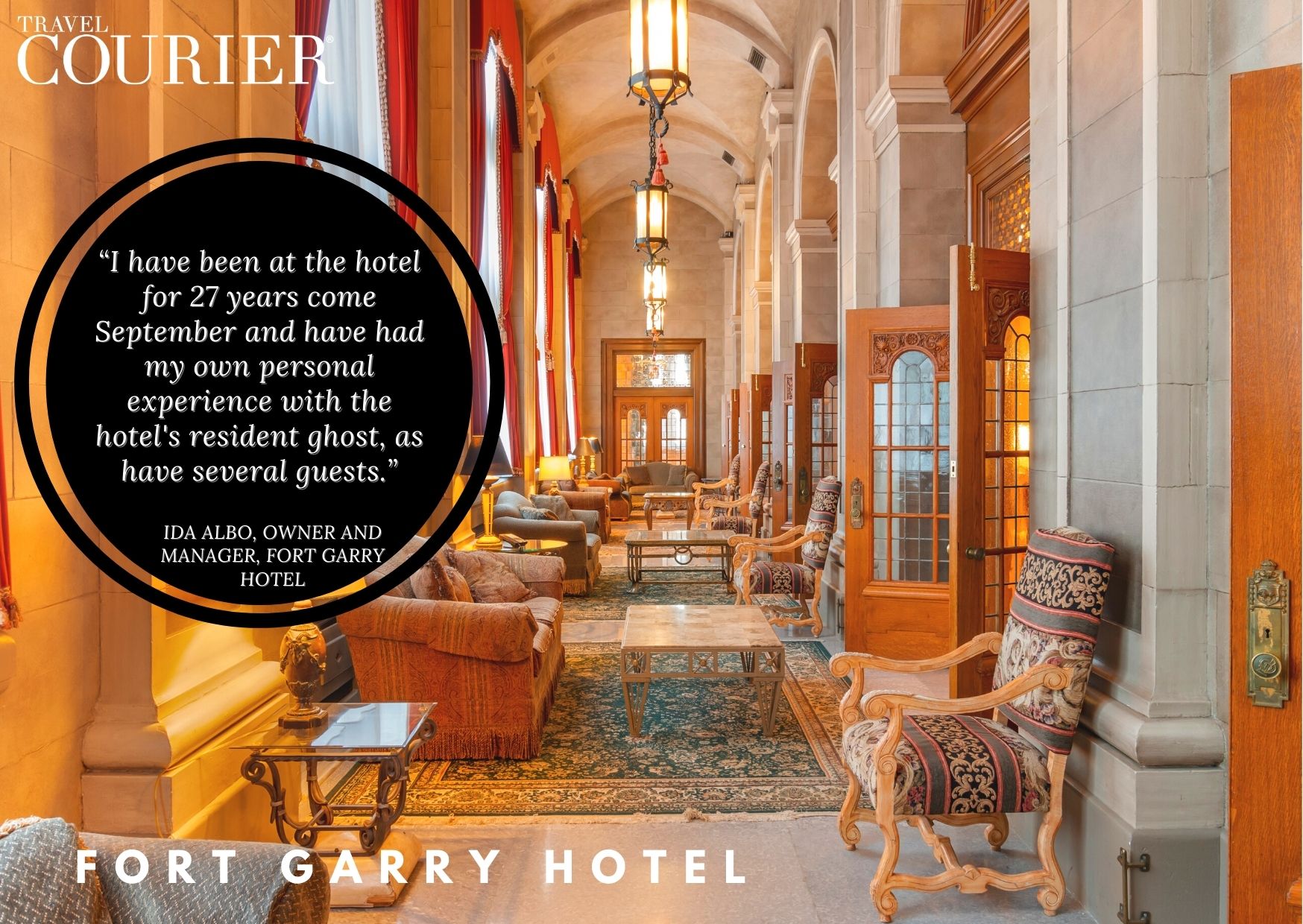 In fact, during a recent interview about her experience witnessing the ghost — the lights in the room started flickering as Albo recounted her encounters.

A century and counting

Under the management of Albo, the historic property has taken the opportunity during the downtime to turn some non-revenue generating spaces into opportunities for guest enhancements.

Set to open this fall are the addition of a modern hotel gym, the VShop – a 24 hour vending area featuring local Manitoban suppliers, and The Palm Lounge, a former popular watering hole with 20-foot vaulted ceilings, is being transformed to its original splendour to become a french Canadian restaurant called The Oval Room Brasserie & Bar.

This summer the hotel also debuted an outdoor patio that’s become “the hottest place in town” and a hit amongst locals and guests alike. The Sunset Terrace + Bar features classic French brasserie and bistro items, new takes on traditional cocktails and an extensive wine list. 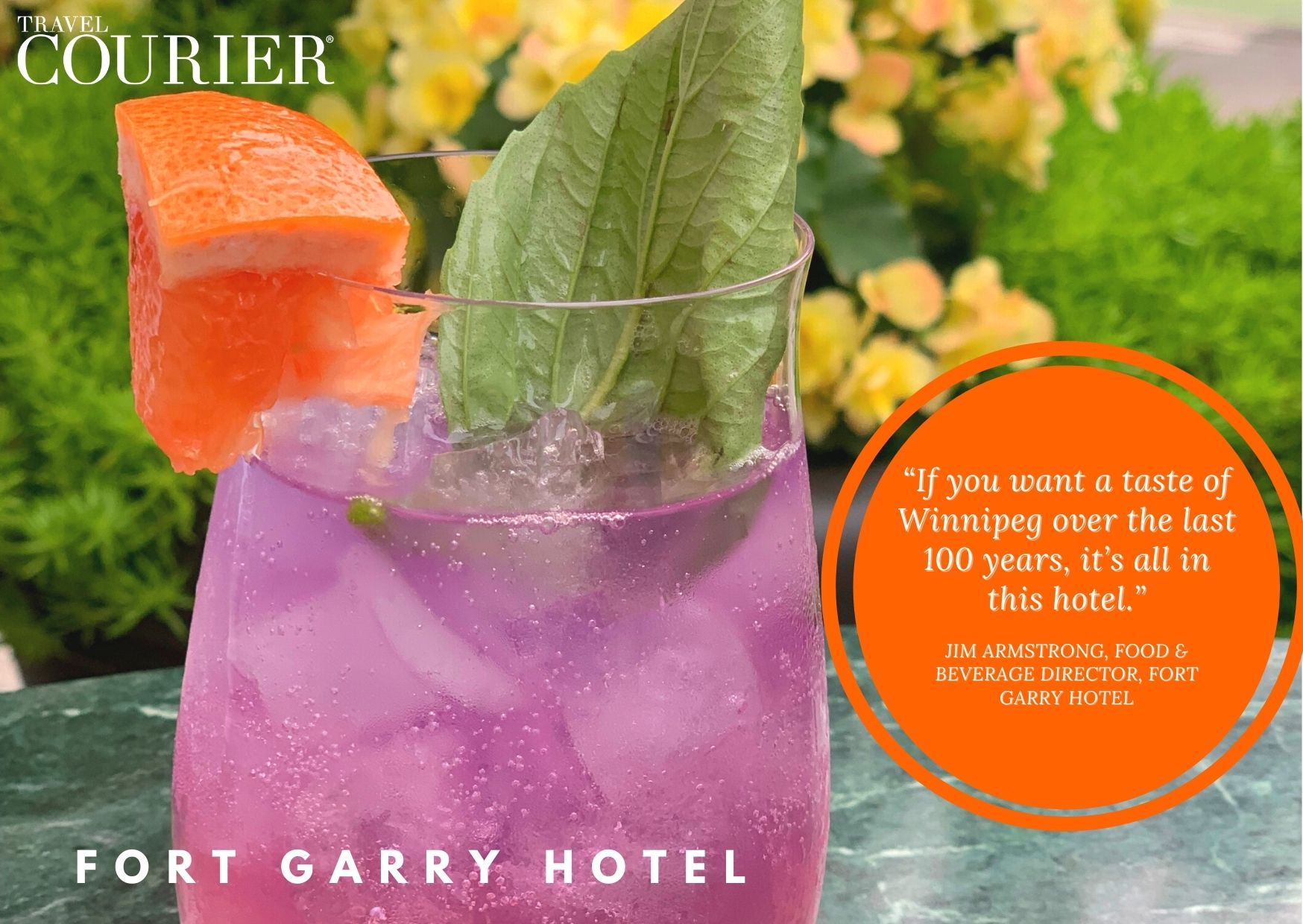 “It’s the summer of gin so [people coming here] should have gin. We’ve got a zillion different kinds with the best tonics of all times. The combinations of that are amazing. I’d have oysters for sure because they’re really good because not everyone is buying them so we’re getting the best of the best,” says Jim Armstrong, Food & Beverage Director, outlining some top menu recommendations. “If you want a taste of Winnipeg over the last 100 years, it’s all in this hotel.”

Although reservations are not required, they are highly recommended because it’s become such a hot spot.

Elena Zinchenko, Spa Director of the onsite Ten Spa, which is known for top-notch spa treatments like an authentic Turkish hamam, is also seeking to transition the hotel into an urban wellness destination.

“Eventually the goal is with all the amenities that we’re adding to create a Fort Garry membership,” she says. “When our guests have access to the spa they will have amenities to the gym — without staying at the hotel you can be a member.”

There are also private workout and meditation rooms like a Peloton room and spa suites being added to take advantage of spaces that weren’t being utilized. 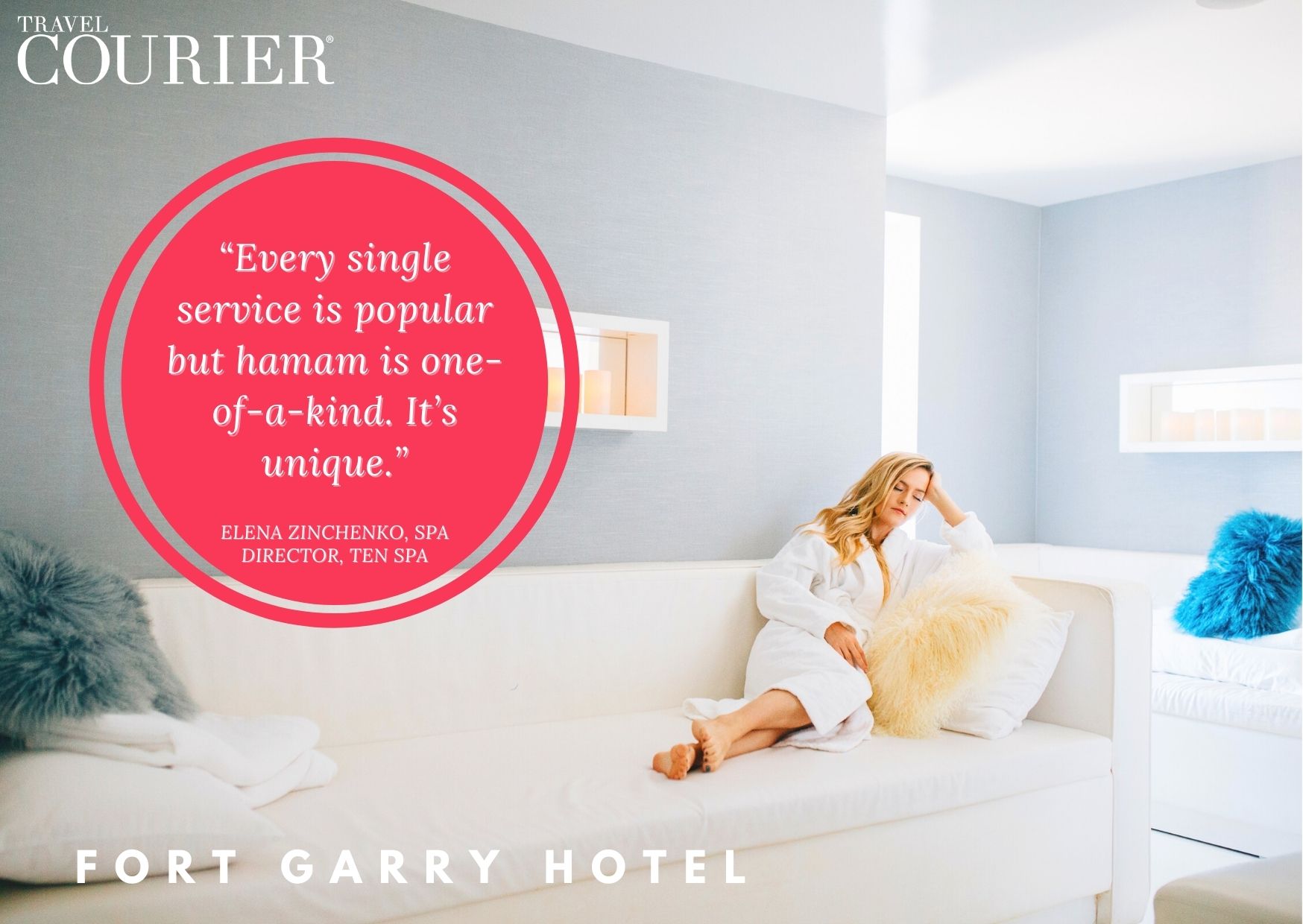 Although the spa is a modern retreat, it’s steeped with history as it is based on the floor where chambermaids stayed in its heyday.

“Because it’s the 10th floor, 10,000 square feet, we have 10 treatment rooms, Ten became the name,” she says. “Every single service is popular but hamam is one-of-a-kind. It’s unique.”

Even if clients are staying elsewhere in the city, the spa alone is definitely worth experiencing.

Are travel agents being overlooked in the election?