Chowing down can be uplifting.

Eating well is always seen as one of the reasons people travel and so Travel Courier has decided to introduce you to some interesting dining options. 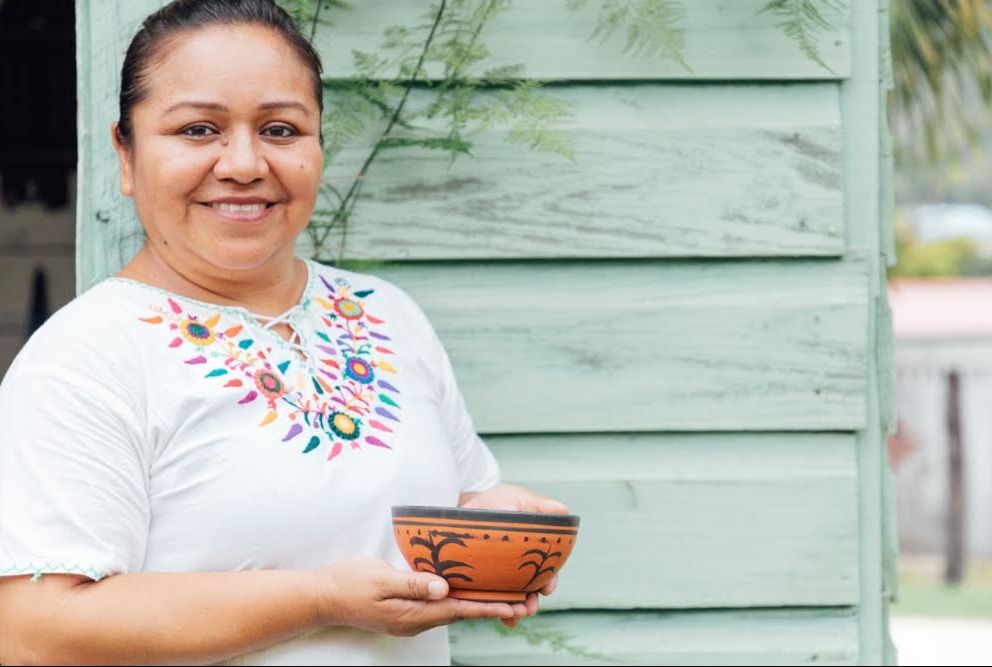 Timotea Mesh and her colleagues at Belize’s San Antonio Women’s Cooperative are inviting tourists to learn how to prepare dishes that their parents, grandparents, geat-grandparents and so on and so on enjoyed.

The cooperative provides visitors with insights into long-running Maya culture, in part by preparing traditional dishes for visitors, including showing them how to make corn-based tortillas, a staple Maya food, with Mesh using a Belize Tourism Board virtual fam trip to demonstrate how to make tortillas on an open hearth..

Tania Kedikian, who helps carry the flag for the Belize Tourism Board in this country, was among those who watched the fam and said simply watching was enough to convince her to give the tortillas the thumbs up.

“That was absolutely delicious,” she declared. 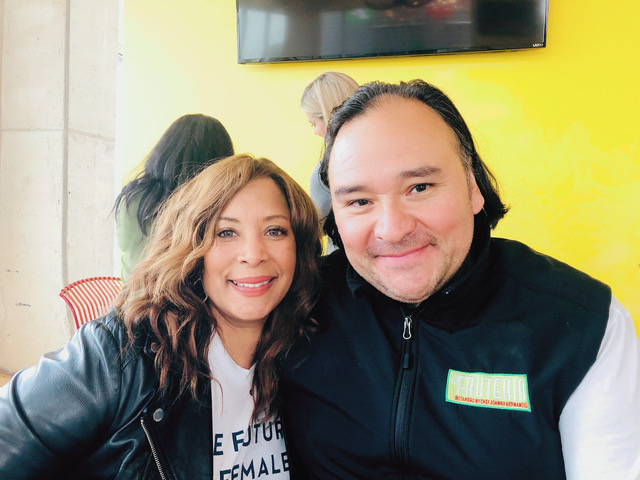 Sana Keller wants to make it clear that great Mexican food isn’t only found in Mexico.

Keller’s Pulse Communications is the Canadian representative for San Antonio, Texas, and she says the strong Mexican influence found in her destination ensures visitors can find a great Mexican flair in local cuisine.

“San Antonio is such a memorable American city and stands out as the most Mexican city in the United States, due to its proximity to Mexico and its culinary heritage, which is unique and has a very strong Mexican influence,” she says. “It is also a UNESCO Creative City of Gastronomy- the second city in the U.S. to earn this distinction, and the first in Texas. San Antonio is a confluence of cultures found in our cuisines — influences from Mexico but also from Spain and Germany. Culinary options that range from Mexican-inspired Tex-Next dining to traditional Texas BBQ shine through in local cuisine, which are very popular in the city! The Culinary Institute of America also has a campus in San Antonio and has courses geared towards professional chefs and food enthusiasts and home cooks of all levels. Bootcamps available only at this CIA campus include BBQ & Grilling and Tex-Next cuisine — yum!”

Cinco de Mayo marks 10yrs of La Gloria at the Pearl Thank you San Antonio for all the love! Here’s to 10 more!

Keller says the time she’s spent in the city has led to memorable dining experiences for her.

“I’ve had so many!” she recalls. “One that really stands out is a restaurant from one of the city’s outstanding chefs — Chef Johnny Hernandez. One of his restaurants is called La Gloria and it reflects authentic Mexican street food from interior Mexico. Menu items are always so rich and colourful and the original location by the river is so scenic. I love the Pescado Baja Califa tacos, ceviche verde and I always order a side of Elote (corn, mayo, Cojita cheese and chili. No meal is complete without a Tamarind Agua Fresca to wash it all down.”

“If you are not dining at one of our many restaurants there are so many other things to enjoy when visiting the city, such as the 24-km San Antonio River Walk — a  network of walkways along the banks of the San Antonio River, one story beneath the streets of San Antonio. The downtown area is lined by hotels, shops and restaurants, while the Mission Reach portion is an urban ecosystem oasis of nature and the Museum Reach to the north features public art. The River Walk is an important part of the city’s urban fabric and a visitor attraction in its own right.  Lovers of arts, history and culture will be impressed by San Antonio’s five Spanish Colonial Missions, including the Alamo, which are collectively a World Heritage site. Diverse museums and art galleries feature Western art, modern art, Latin American Folk Art, antiquities and more.  Additionally, a few of the most well-known galleries and museums are The Witte Museum, Briscoe Western Art Museum, and the newest gem which is one of my favourites — Ruby City.  If you are visiting with your family the city is extremely affordable, boasting several theme parks, including Morgan’s Wonderland, Six Flags Fiesta Texas, and SeaWorld San Antonio. San Antonio is also home to The DoSeum, a museum promoting learning and discovery through interactive STEM-based exhibits and creative programs. Once the borders are open, put San Antonio at the top of your list for a visit!” 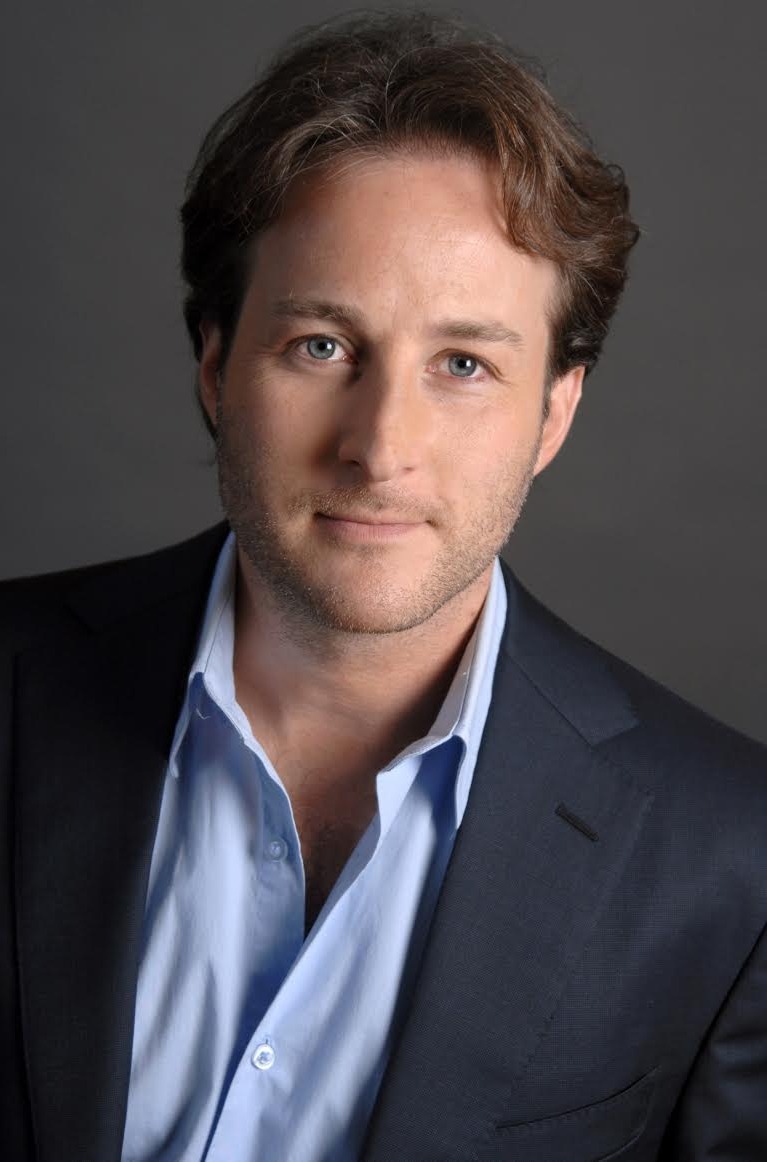 Adam Waxman firmly believes a trio of factors seperates Japanese food from the world’s other cuisines.

The Ontario-based Waxman is a member of an advisory board appointed by the commissioner of the Japan Tourism Agency, a position that gives him insights into dining in the Asian nation.

“Japanese cuisine is distinctive from other cuisines, first and foremost because much of the preparation of ingredients includes maintaining maximum freshness by applying unique preservation techniques to otherwise raw ingredients,” he says. “Additionally, regionality and seasonality are strictly respected and adhered to, and attention to optimizing their flavour and quality of ingredients are prioritized over any other efficiencies.” 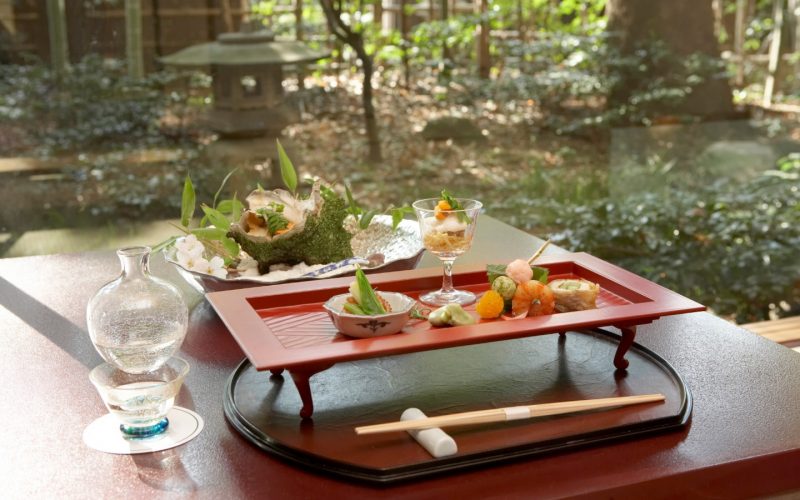 “Kaiseki-ryori is a very special style of dining in which the chef prepares a highly refined, artful, multi-course meal representing his own skill and finesse at reflecting and highlighting the very best of the season and the local region at that moment,” he says. “Sukiyaki is a dining experience in which a simmering nabe pot mixed with soy sauce, sugar and mirin is used to cook meat and vegetables. The meat or vegetables are then dipped in a bowl of raw beaten egg and then eaten. This is a hearty winter dining experience.” 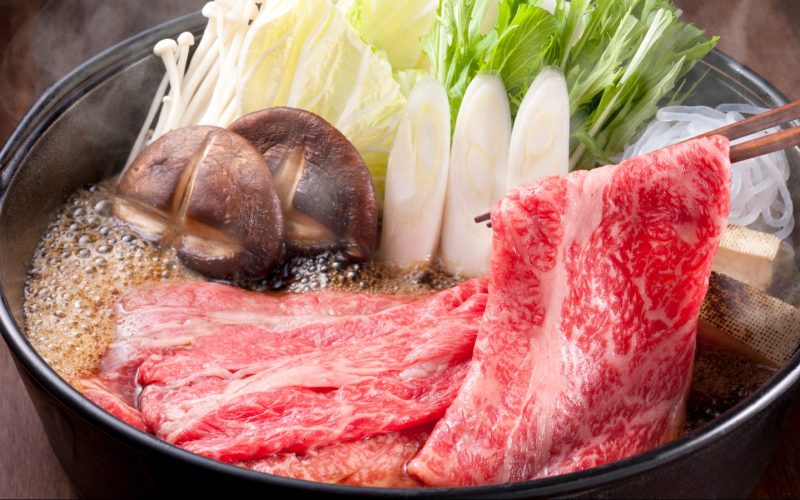 Meanwhile, Waxman goes on to say that cuisine in Japan “absolutely” varies from one part of the country to another.

Waxman notes Ehime is famous as a big-time mikan (mandarin oranges) producing prefecture. In fact, Ehime is second in mikan production in Japan, falling short just behind Wakayama prefecture. Mikan is the second most consumed fruit in Japan after bananas. There is even an urban legend saying orange juice comes out of some faucets in Ehime. However, this is not too far from the truth – there are some special faucets in the prefecture that do serve orange juice. The orange juice faucet legend only came to life recently. Ehime Beverage Inc., the manufacturer of the famous POM mikan juice, decided to make the legend into a reality. The very first orange juice faucet was made in 2007. It was placed in Matsuyama Airport, originally as a limited time only event, but due to its immense popularity, it became a permanent juice stop in 2017, called Orange BAR. 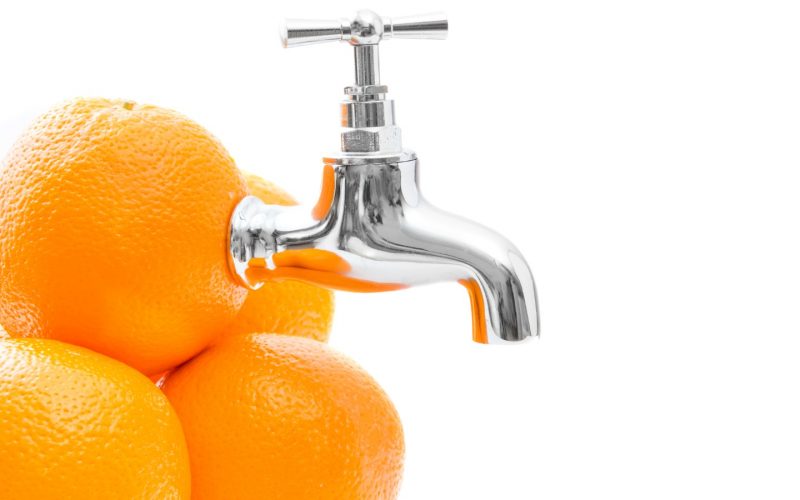 Since then, several other orange juice faucets have popped up around Ehime. Some of the famous ones are the ones at Ehime Egao no Kanko Bussankan and Dogo Yaya.

It’s worth noting that Japan is a Buddhist country and in areas where ancients sects still have cultural predominance cuisine tends to be vegetarian, as in parts of Kyoto, Wakayama and Yamagata to name a few. 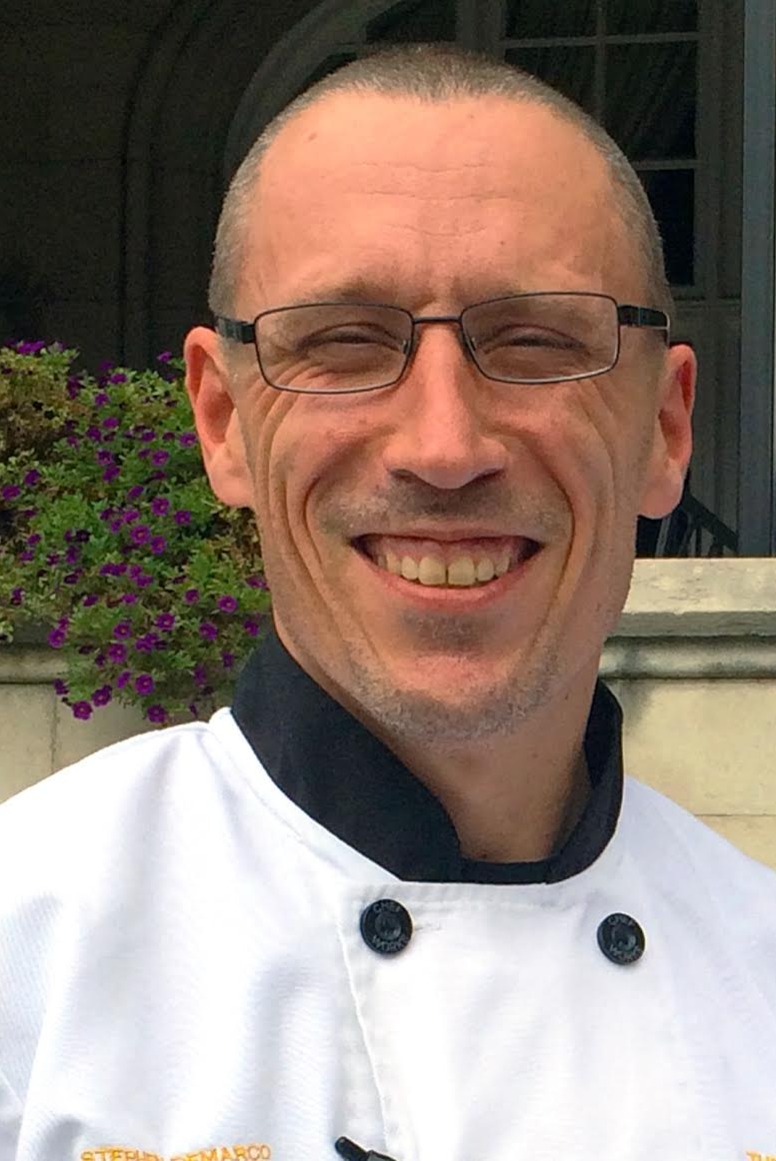 DeMarco, chef at the Hotel Roanoke & Conference Center in Roanoke, Virginia, proudly makes peanut soup available to those dining in the Hilton property.

“As the main ingredient, the Virginia peanuts are the absolute star of the show and immediately noticeable in not only the flavour of the dish, but also the presentation,” reports DeMarco, adding peanut soup had a larger following in the 1940s, 1950s and 1960s than it does now. “Today, while peanut soup is certainly not anywhere near as prevalent as in the past, it shares the spotlight as a heritage dish in the mid-Atlantic and southern United States.”

So, how do people trying peanut soup for the first time react to a culinary offering that minutes earlier they may have been unaware of? 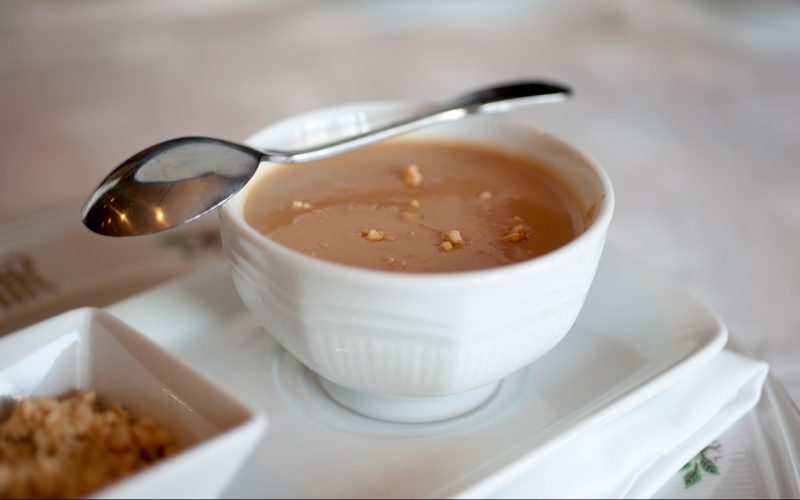 “I love this question and it is one of the fascinating aspects of serving peanut soup at the hotel,” DeMarco says. “It’s always a Love/Dislike response and there rarely is a middle ground. The lovers will describe it as a rich, creamy and decadent experience while those that don’t like it typically refer to it as a watered-down peanut butter.  I think a lot of it comes down to the mindset and preconceived notion before trying it. But with all that have tried it, they are happy to have experienced it and be a part of the history of the soup at the hotel.

“While the recipe has remained true to its origins, about 10 years ago we started offering a sampler taste with a small serving of peanut soup coupled with our just as famous and equally rich spoonbread,” DeMarco continues. “This approach has allowed us to offer our guests an introduction and experience of the heritage dish without overwhelming them if they dislike the soup. From my experience you’ll know right away if it’s a love vote.”

Old Man Winter's arrival welcomed by many in tourism