Tales from the “Moonshine Capital of the World”

Distillery shines a light on county's past

Chris Prillaman has truly jar-ring reminders for tourists that some of those who preceded him in Virginia’s Franklin County were scofflaws.

Prillaman and his daughter Anna run Twin Creeks Distillery, which makes and sells “craft spirits,” including whiskey, all of which is now done under the watchful eye of the Virginia Alcoholic Beverage Authority.

But that wasn’t always the case for locally produced alcohol, with Franklin County once having had a thriving illicit whiskey trade and indeed cheerfully dubbed itself the “Moonshine Capital of the World.”

Much of that trade was done during the Prohibition era in the U.S., with Taylor Spellman of the Visit Virginia’s Blue Ridge tourist board — participating in a recent Virginia Tourism Corporation webinar — saying that many county locals would discreetly produce high-proof, illicit whiskey “beneath the moonlight” as a way of supporting their families and do so in  a manner they hoped would go undetected by government agents. Locals often took pride in having family members produce what Spellman describes as a “true, authentic product.”

“The days of illegal moonshine are long gone,” said Spellman. “Nowadays distilling spirits is legal in Virginia but that requires licensing, which Twin Creeks Distillery has.” Prillaman — who happily volunteers the information that one of his early 20th-century relatives was a “kingpin” in the local illicit whiskey trade — now runs a distillery that makes and sells whiskey, brandy and 90 proof 1st Sugar Moonshine, with the latter made in part with rye and sold in plain, preserves-style glass jars recalling how those who made moonshine didn’t concern themselves with aesthetically pleasing bottles. 1st Sugar Moonshine at $18.99 is the cheapest spirit offered on the distillery’s twincreeksdistillery.com website.

Twin Creeks Distillery displays on-site equipment once used to produce what Anna refers to as “backwoods spirits,” which Chris adds were once a mainstay of the local economy, with those making whiskey on the sly having to purchase supplies from other Franklin County residents and hire others to transport it. Those who were jailed for participating in an illegal trade would make connections in prison and so be better able to ply their trade upon being released.

“We wanted to shed a little light on what built this county,” said Chris, whose distillery — found in the community of Rocky Mount — offers tours for visitors and has a gift shop selling the likes of t-shirts that read Support Your Local Moonshiner and show a full moon over a rural setting. Also found is a tasting room for those wanting to sample distillery products.

Twin Creek Distillery reports that in 2015 it “sold the first legal batch of liquor (produced) in Franklin Count since Prohibition.” Meanwhile, another glimpse of the region’s past can be found at the Floyd Country Store, which recalls yesteryear with the likes of its barrels of candy and soda fountain but which also serves as a showcase for Appalachian music, which features the likes of fiddling and banjo music. The attraction’s Dylan Locke says area music “is a hodgepodge” of European, African and native Indian influences.

The Floyd Country Store’s Friday night jamborees feature “dozens and dozens of people on the dance floor and hundreds in the street,”  Locke said.

Dance and music lessons are available for visitors to the small community of Floyd, as are music workshops.

Floyd Country Store also has been offering outdoor concerts and has a cafe. 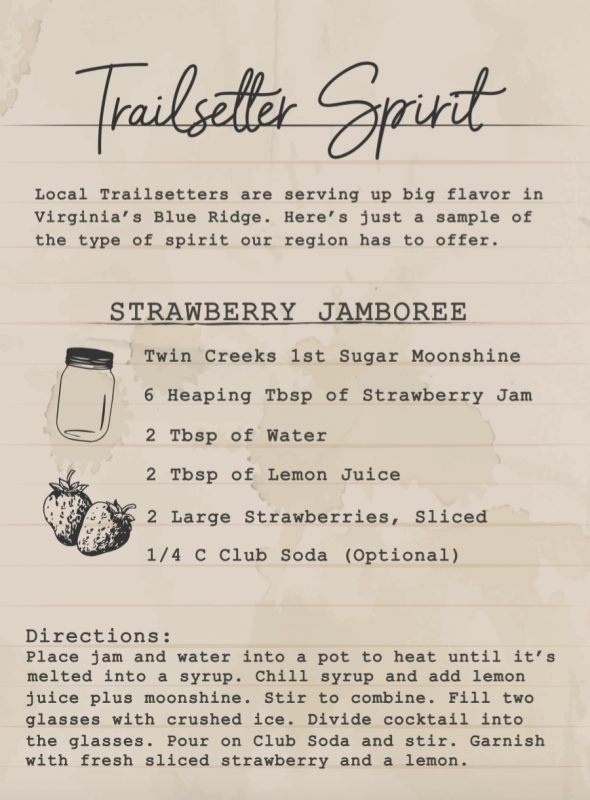 How to sell luxury travel

New survey looks at the risk and reward of travel