Taking a stand against racism in rural Ontario

Ahead of relocating from Toronto to South Eastern Ontario, Saiqa Sheikh recalls the day she walked into a bedroom with a gigantic Confederate flag pinned on the wall while house hunting for a home for her family.

“I was stunned… I panicked, I remember feeling flushed,” Sheikh said during Let’s Get Uncomfortable’s latest anti-racism event on Feb. 23, which was presented in partnership with regional tourism organization RTO 9.

During the exchange, which was centred around challenging participants to think critically about their role in building an equitable hospitality and tourism sector, and discussed the realities of racism that BIPOC business owners face, Sheikh told with LGU’s Shalene Dudley that rather than judging the entire area on one indirect experience, she decided to shift the narrative.

“It was like we are going to do this. We are going to flip the switch. Let’s keep an open mind. We decided, let’s shift the narrative, let’s make it so we make this feel like home to us and so that aunts, uncles, my mom, family, friends can feel a place to come to because we would be that representation,” she said. “We moved through the understanding that it was going to be different. It’s a predominately white demographic.”

When Sheikh, the founder of Diverse Roots Rural Ontario, an anti-racism consultancy for rural spaces, co-founded a Caribbean Fusion restaurant in the area, she said there was a positive response from the greater local community, but there were also challenges that came along with the “love and support” they received.

“We got the police called on us quite a few times,” she said, adding that they were also under more scrutiny than other local businesses. “False accusations of ‘they are operating without a proper business license.’”

After these incidents spilled out into the media, she said none of the leaders from the community reached out about it, although they did receive support from customers.

“We did have community support — they showed up with petitions and support buttons,” she said. 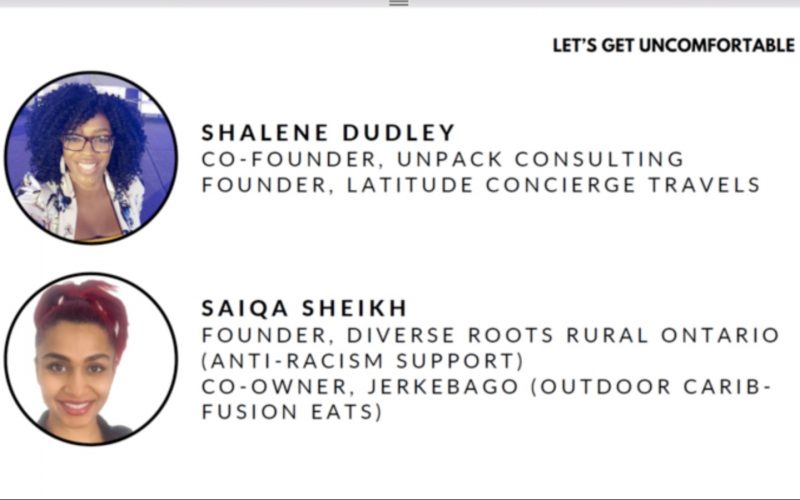 For Sheikh, confronting racism in rural communities like Prince Edward County and The Bay of Quinte is about changing mindsets and challenging the systems that have been put in place over decades during times of racial oppression, across education, the municipality and local government.

For example, 2021 is the first time the local Hastings and Prince Edward District School Board implemented Black History Month in its curriculum.

“We need more community leaders, city staff, business owners, elected officials and community members to have these conversations,” she said.

For those who are looking to take on an active role in promoting diversity or taking an active stand against racism in rural communities or are simply searching for more informative resources on the topic, Sheikh and Dudley also outlined several anti-racism organizations.

To view the entire session, watch the video:

Here’s a look at where to find some available resources: 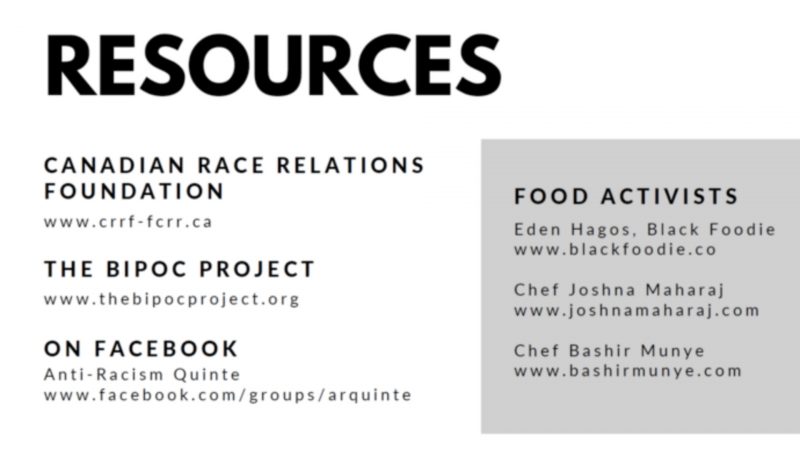 The power of community tourism

On Bridgerton, events and Britain