Canada Day marks a different kind of occasion for AmaWaterways, as July 1 is the 17th anniversary of when Rudi Schreiner, Kristin Karst and the late Jimmy Murphy first founded the river cruise company.

Fresh off the launch of three new ships, including the revolutionary AmaMagna, there are plenty of reasons to celebrate this year says Janet Bava, Chief Marketing Officer for AmaWaterways.

“We’ve basically put a brand new ship this year on the most important rivers for us in Europe – the Douro, the Rhine and the Danube,” she tells Travel Courier. “So it’s been busy to say the least, but so exciting to see such an incredible product delivery.”

Making waves in the river cruise scene is the AmaMagna, which made her debut in May and will be christened on an itinerary in July with its God Mother, renowned travel TV star Samantha Brown. Although the ship is twice the width of a standard river cruise ship, it only holds 20% more passengers.

“You can just imagine these expansive spaces. Rudi has done a phenomenal job on the design of this ship where he said, ‘I just want more spaces for people to hang out, and larger staterooms,’ rather than just trying to stuff more people on a double-wide ship,” she says. “That ship will once again define the river cruise experience. She truly is like nothing out there.”

With its added amenities and more expansive rooms, Bava says AmaMagna is a great option for clients looking to transition from ocean cruising to river cruising. Along with four dining venues – including an al fresco restaurant and a chef’s table – another unique feature is an outdoor wellness space.

“The spinning bar, instead of it being in the wellness studio, it’s actually at the back of the ship so you can see views – that’s very unique,” she says. “Imagine spinning and having the best view possible on the river.”

All AmaWaterways ships come with a wellness host.

Within the past few months, AmaWaterways also launched the AmaDouro on the Douro River and the brand new AmaMora on the Rhine River.

Bava highlighted that travel agents will remain the primary form of distribution for AmaWaterways, however, added that the company will focus on increasing its brand awareness and visibility among consumers.

According to research by CLIA, one of the hottest cruise trends this year is multi-generational travel, something Bava feels travel advisors should consider to expand their client base and increase bookings.

“We love our baby boomers because they can travel at any time and they have the disposable income, but we are also very open to different group compositions and different demographic sets because we know that they are going to have an amazing experience,” she says. “That’s my tip to the travel advisors because of the variety of the shore excursions that AmaWaterways offers, to really cater and personalize and customize the experience on AmaWaterways for your client, no matter what their demographic might be.”

“We want travel advisors to go and experience it for themselves,” she says. “We do feel once you see it and experience it, you can then do a better job of selling it or talking about it or telling the story about it than we can.”

As for what’s selling well, she says they’re seeing a lot of demand for Bordeaux, the Paris to Normandy route in France, and Portugal, which was frequently sold out before the addition of the AmaDouro. Other hot itineraries are along the Mekong River and all of their Africa product, along with the wine cruises, which started off with 10 options and will see 70 itineraries in 2020.

“In terms of rivers I would say the Danube continues to be the core and the Rhine in terms of the castles, I think you see over 30 or 40 castles when you are sailing through the Rhine,” she says.

Stemming from a background in ocean cruising, Bava has first-hand knowledge of the key differentiators between ocean and river cruising.

“The biggest difference is where oceans take you to the destinations, the rivers take you through them and the sailing is just as scenic and just as much part of the actual itinerary, the actual vacation,” she says. “Whereas on an ocean ship you are going from port to port and it’s just a lot of water until you get to your next destination and you see land. Through a river cruise, you are seeing land the entire time. You are sailing through picturesque castles. It’s really beautiful from a river cruise destination that you are onboard this amazing ship, dining exquisitely, you are very comfortable in your smartly designed stateroom and then it’s a floating hotel. You have the same benefits of going to Europe but only unpacking once.”

Here’s an exclusive first look at new images of the AmaMagna: 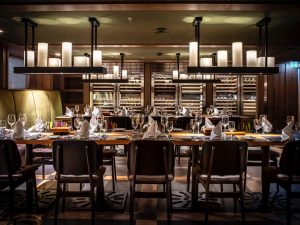 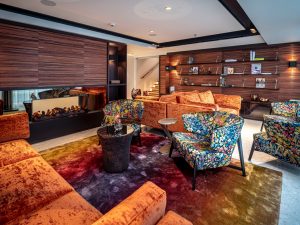 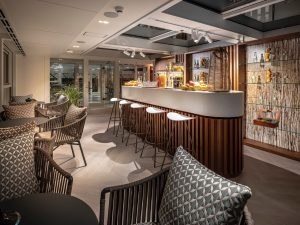 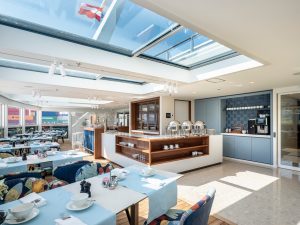 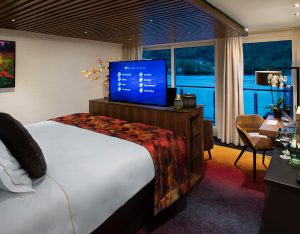 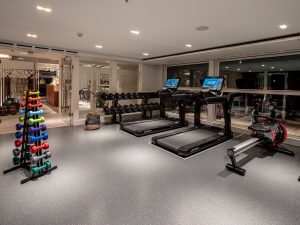 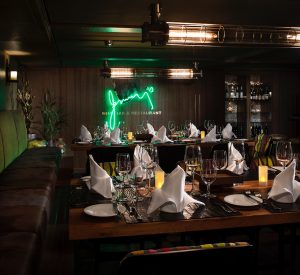 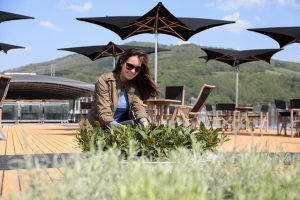 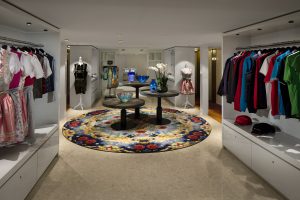 Bahamas Bound: Find The Perfect Fit For Clients in Nassau And Paradise Island