A hard working afternoon and evening of training seminars and program overviews, plus a trade show and dinner, kept travel advisors busy at the recent Travel Leaders Network Regional meeting in Vancouver.

About 130 member advisors of the TL Network turned out for the gathering, which was held in nearby Richmond at the Sheraton Vancouver Airport Hotel and Conference Centre.

This compared to an agent turnout of 192 for the earlier Toronto regional meeting, and about 80 for Calgary, where some advisors were deterred by a very cold early winter storm on the day of the gathering. “It was close to pre-Covid numbers” for Toronto and Vancouver, said Christine James, VP Canada for the TL Network, and head of national operations on this side of the border. 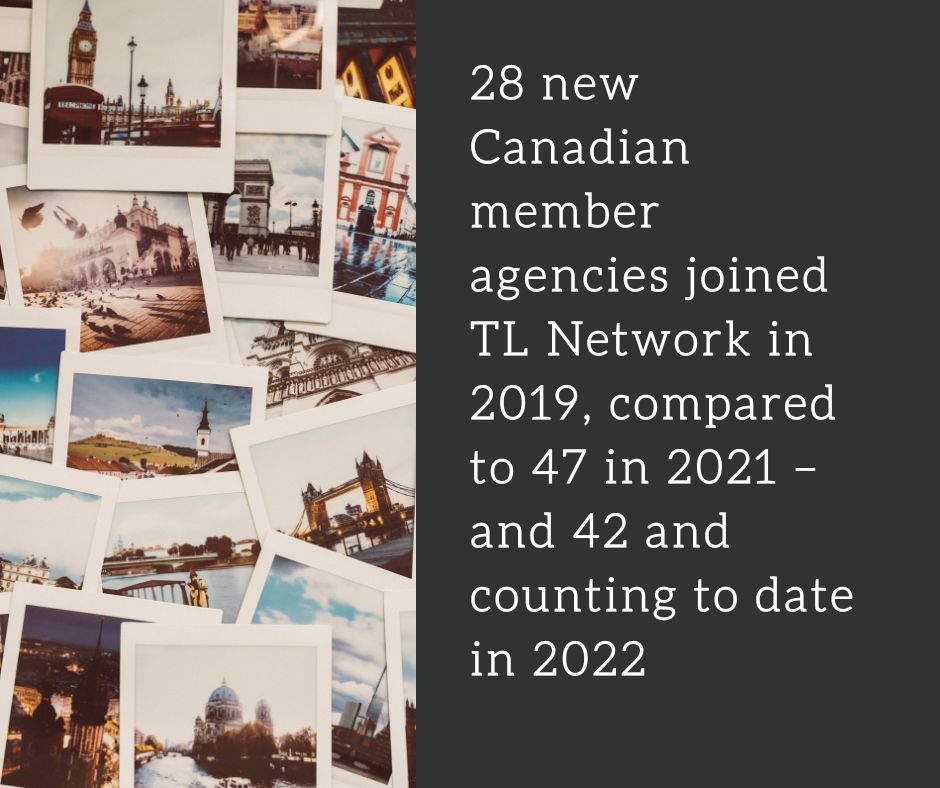 James was even more pleased about the number of supplier exhibitors that populated the trade show for the one-day event. There were 42 exhibitors in Vancouver, as compared to 47 in Toronto for the regional meeting there in October. Calgary also drew 42 suppliers to its trade show. “It was huge,” said James, referring to the strong exhibitor attendance.

A healthy turnout by both suppliers and advisors was at least partially due to success by the TL Network in enlisting an impressive number of new members of the consortium over the past year. For instance, there were 28 new Canadian member agencies that joined the TL Network in 2019, as compared to 47 in 2021 – and 42 and counting to date in 2022.

Although about 60% of the total TL Leaders membership is from Eastern Canada, there was a higher percentage of new members from the West this year – 26 of the new members are from Western Canada. 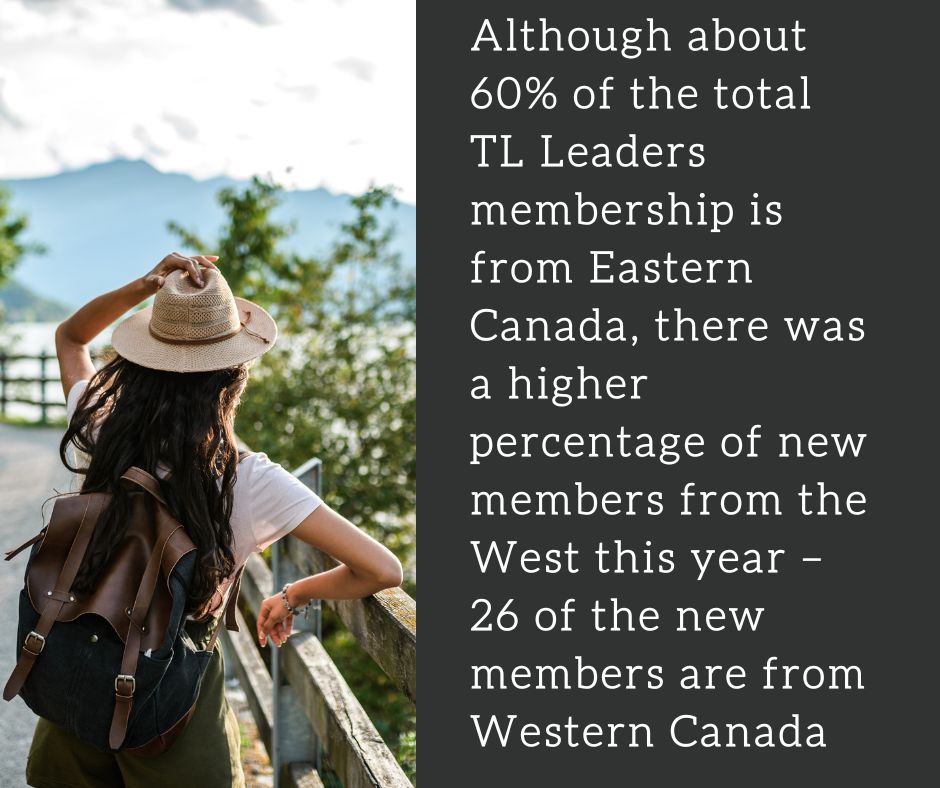 One of the reasons that advisors are choosing to join the TL Network is because the consortium offers very effective lead generation tools called Agent Profiler and Profiler Plus. The number of high quality sales leads has jumped significantly this past year as a result of more advisors signing up and creating rich profile content about themselves and their travel retailing experience.

She praised the program, saying it is more effective than competitor equivalents. And she encouraged more advisors to join Agent Profiler, saying the percentage of members who currently use it is still low. Creating a profile with rich content results in higher SEO search rankings – and that delivers more leads, says the TL Network. “We’ve left everyone in the dust with these lead generation tools,” said James. 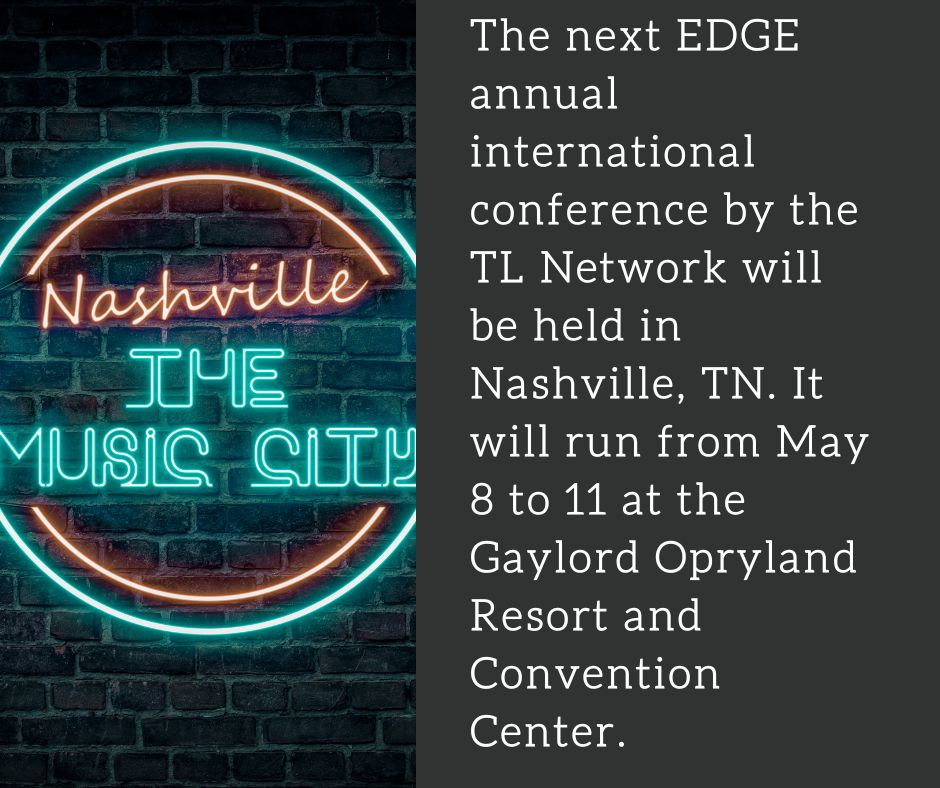 Other programs in the TL Network tool kit include a Worldwide Hotel Program, with over 44,000 hotels listed/described for bookings, including 2,800 properties categorized as Select Villas, offering 12% commission on all bookings and a $200 destination credit to clients with each booking. Also available to advisors is the PINsight proprietary hotel booking tool, which provides live inventories, exclusive amenities, best available rate pricing and maximum commissions. And also offered is the emPower cruise booking tool, which does not accept bookings directly from consumers and has no upfront or annual fees, and whose purpose is to maximize commissions.

The next EDGE annual international conference by the TL Network will be held in Nashville, TN. It will run from May 8 to 11, and will take place at the Gaylord Opryland Resort and Convention Center.

“We’ve had our earliest ever registrations for the next EDGE conference, and some people have already bought their air tickets,” said James. “The members are really excited about this.”

In the photo: Christine James, VP Canada for the TL Network (2nd from left), met with travel advisor members at the recent Travel Leaders Network Regional meeting in Richmond, BC. These included (l. to r.) Sandra Papageorgiou of The Travel Agent Next Door, Normand Schafer of Far and Away Adventures and Sandra Aguilar of Amigos Travel.

Mazatlán makes case for visits from the west