Something is developing in Cuba’s Jardines del Rey

A Cuban property with a connection to this country and one of its sporting greats is eager to welcome Canadians back to its sun-splashed beach.

Cubanacan’s Mojito Hotel — found on Cayo Coco in the Jardines Del Rey archipelago off Cuba’s north coast — was originally the brainchild of the Montreal Canadiens’ Serge Savard, who played on many Stanley Cup winners and used to stay at the resort on family vacations.

The resort was first called El Senador and was notable in part for having guest units over water, unusual for a Cuban retreat when it opened.

Savard is no longer involved with the resort.

Roberto Diaz of Cuba specialist Hola Sun Holidays — who recently visited the Mojito on an Hola Sun fam trip — says it “used to be loved by Canadians” but was forced to close because of hurricane damage.

“They really want to recover the Canadian market,” Diaz added.

Some of its guest units were being renovated during the Hola Sun visit but all work was expected to be completed shortly.

Nick Lawley of Toronto travel agency Paragon Travel says he has good memories of the resort.

“Back in its early days it was very popular with our clients,” said Lawley, who was on the Hola Sun fam. “It was a little different (because of the over-water accommodations). I think it will be popular again.” 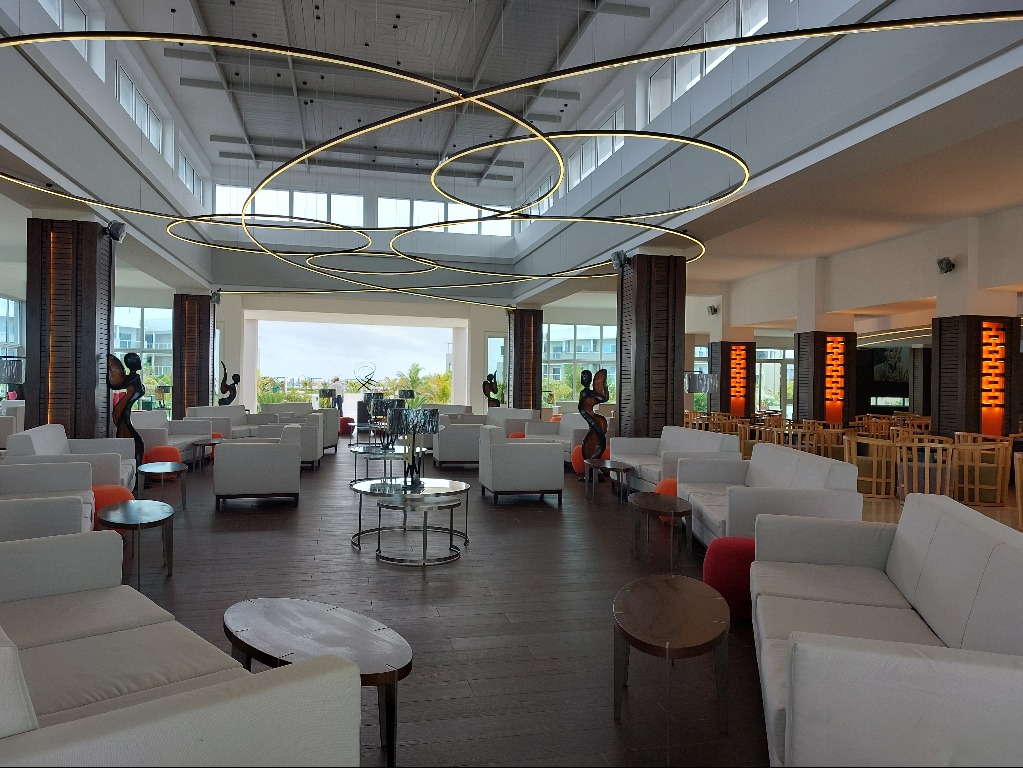 The resort offers a choice of a la carte and buffet dining and adults’ and family sections.

Nieves Ricardo of the Cuba Tourist Board — who was also on the Hola Sun fam, which also visited the Swandor Cayo Paredon Grande — praised the “clean lines” and “neutral colors” found in the “really modern” resort.

“Everything is new and fresh and clean,” she continued, adding Cayo Paredon “could be the new place” for those vacationing in Cuba.

Cayo Paredon is slated to gain four more hotels, with Ricardo noting it has a “lot of virgin areas and virgin beaches.”

The resort is 30 to 45 minutes from the area airport.