Head under the sea with the sea women of Jeju

The Korea Tourism Organization is inviting tourists to get the literal lowdown on a waterborne experience practiced for centuries while cautioning that the opportunity to accompany women who reach considerable aquatic depths is dwindling.

Those visiting Korea’s tropical island of Jeju can accompany the Haenyeo, women who dive off the island’s shores in search of the likes of abalone, conch, squid, sea urchins and oysters. The women dive without breathing equipment, their gear consisting of a wetsuit, diving mask, fins, gloves, chest weights, a hoe and a net attached to a flotation device for their catch.

The average depth reached is 10 meters but they do go as low as 20.

The KTO’s Randy Snape says the tradition dates back to around 400 AD, when island men sought out food from the seabed but the gender of the divers changed over time.

“It is the women of Jeju who (now) do the diving,” Snape says. “It was originally the men of the island that did the diving, with the wives working alongside them.  Sometime in the 18th century there was a shift to a majority female diver population, believed to be based on major wars among other reasons why that left the diving to be the work of women on the island.” 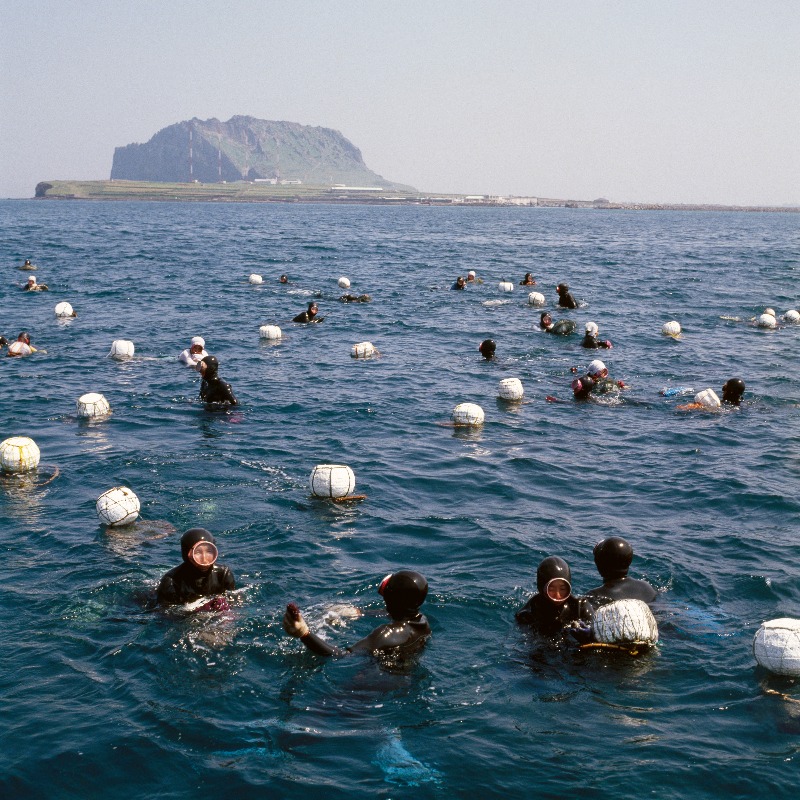 Haenyeo –  which translates as sea women – dive as a team, something explained by the possibility of encountering such hazards as sharks, rip currents, and jellyfish.

They usually spend one to 2 minutes underwater on each dive.

The diving has a long and storied tradition but that doesn’t guarantee it’s certain to be part of Jeju’s future, with Snape reporting that the number of the divers is clearly dwindling.

“As the economy of Korea as a whole, and the island of Jeju developed, more opportunities in the working world became available to the young women of the island. Combined with opportunities for work on the mainland, the trade is feared to become extinct by many of the Haenyeo within the next decade or two. Many hope to encourage new women to take up the trade, with the establishment of the Haenyeo school teaching the culture and life of the mermaids of Jeju.

“A variety of factors are affecting recruitment of new diving women. There are many dangers with diving year round and so many more professions available with much more lucrative pay. With the expansion of the economy and more focus on money, safety and security, many are choosing not to take up the practice.” 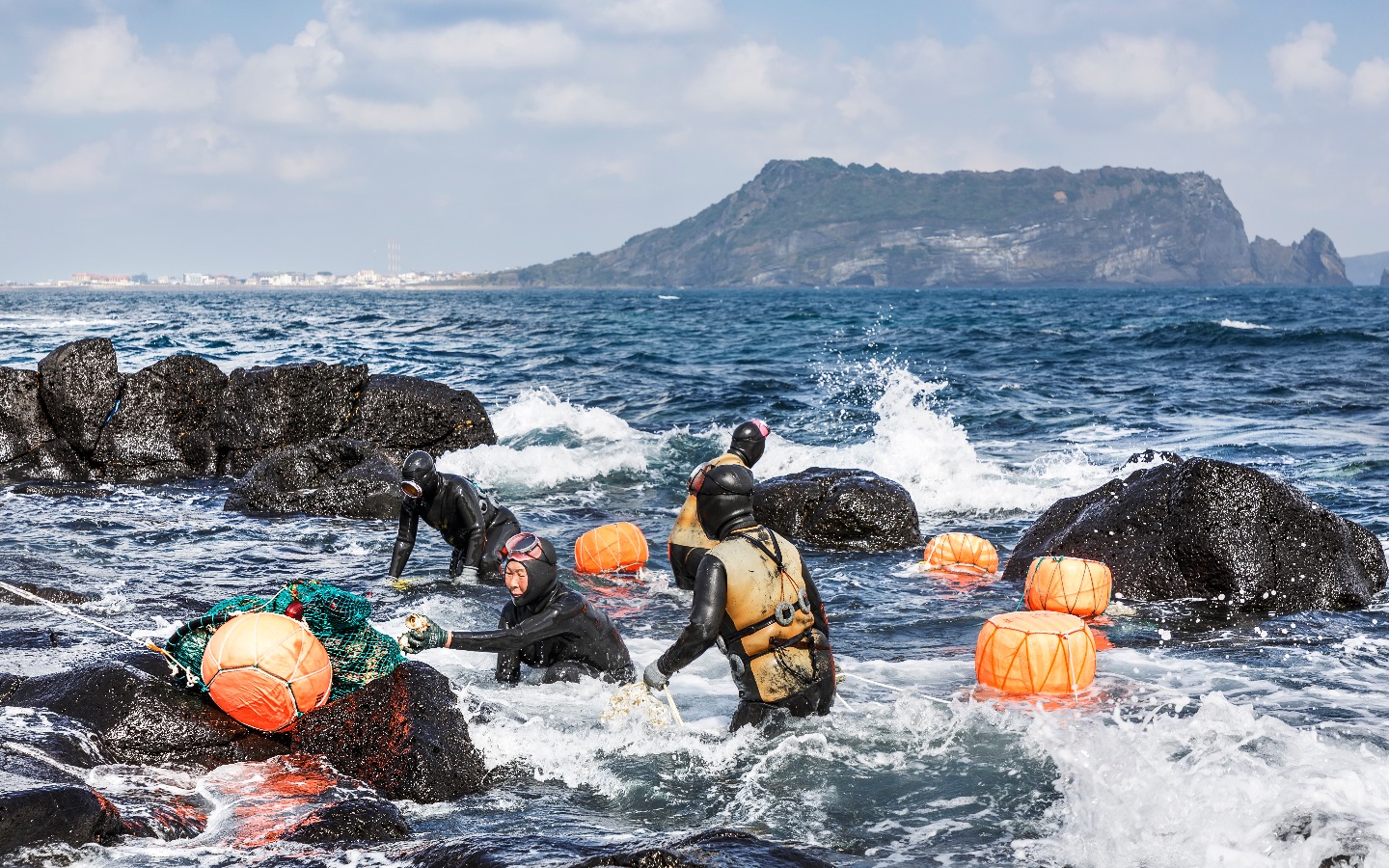 Tourists can go diving with Haenyeo, with translators available in a variety of languages. No special skills are required and diving gear is provided.

Snape recalls his own dive with the Haenyeo off the east coast of Jeju in 2018 as memorable.

“The experience was like nothing else and it was great to listen to their explanation of how to dive, how to breathe and what to look for (at this time it was abalone),” he recalls. “They are truly incredible. When on land, you could tell that years of diving had taken its toll on their bodies but once in the water they moved with such speed. It was truly incredible.

“This is a great experience for anyone who is looking to provide a unique experience.  The divers of Jeju were inscribed into the UNESCO list of Intangible Cultural Heritage. Bookings of this special experience are available through your tour operator.”