Jordan’s tourist trade is getting an airborne shot in the arm from Jordan’s national carrier, which is keen on enabling tourists to visit sites that have may hosted Biblical figures, Lawrence of Arabia and even the swashbuckling Indiana Jones of the big-screen fame.

Royal Jordanian is now linking Toronto and Amman, part of a strategy that will see both its fleet and the number of passengers it carries grow dramatically in the next few years.

The Ontario capital is the latest addition to the 58-year-old, Oneworld carrier’s network and Royal Jordanian COO Karim Makhlouf said during a June 15 Toronto reception his carrier sees tourism as the backbone of its planned growth.

The airline — which also serves Montreal — is using B787s on its new Toronto-Amman route.

Royal Jordanian carried three million passengers in 2019 but expects to host some seven million a year within the next four or five years.

The airline also plans to add dozens of planes — mostly B787s and A320s — to a fleet that Makhlouf said will be a particularly young one.

“We have to grow and we will commit ourselves to tourism,” Makhlouf told the Toronto audience, adding that his airline is dedicated to Amman being a leading regional gateway.

The airline is negotiating with Air Canada about cooperation between the two carriers.

He said Royal Jordanian is committed to reducing its emissions despite its planned growth, in part through using alternative fuel.

The Toronto route was welcomed by Malia Asfour, head of the Jordan Tourism Board North America.

“This new flight from Toronto to Amman is a dream come true,” she said, adding those travelling to Jordan can “visit the most incredible sights this planet has to offer… Jordan is really the best place to take a vacation.” 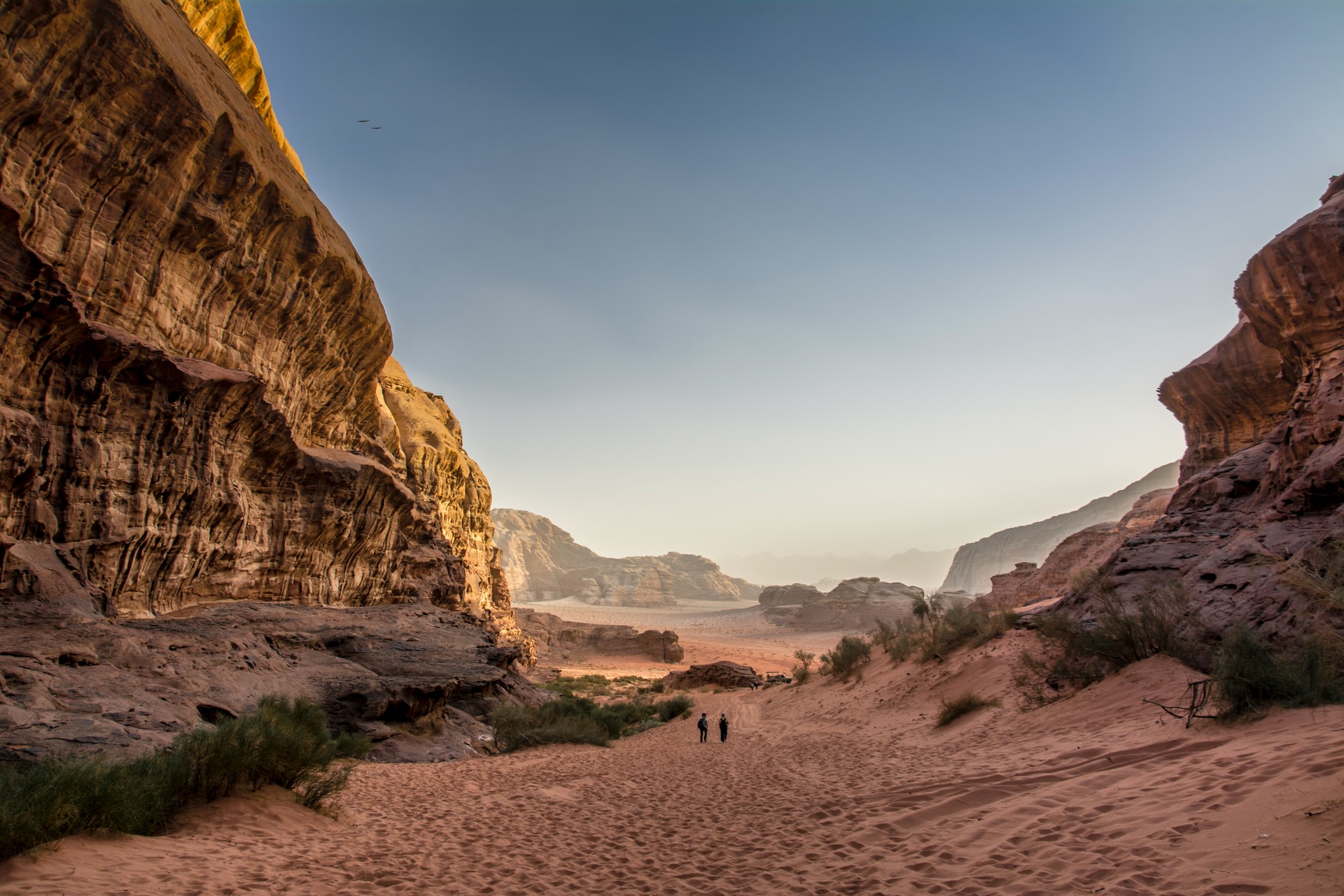 Canada is the fifth-largest inbound market for Jordan, which earned US$430 million in tourism receipts from North America in 2019, achieving 38% growth in the three years before the pandemic.

Asfour said Jordan is expected to top the 2019 figure by 2024, welcome news for a country where 11% of the workforce works in tourism.

The ancient city of Petra — which appeared in Indiana Jones and the Last Crusade — often overshadows other Jordanian tourist attractions, which Asfour noted included Lawrence of Arabia’s desert retreat of Wadi Rum. “The silence of the desert is incredible…

“Consider visiting with your friends and family and immersing yourself in these types of experiences: Walk the Jordan Trail, visit the ancient wonders of Jerash, walk in the footsteps of prophets and touch the waters where Jesus was baptized. Taste our exceptional cuisine and learn how to cook with incredible spices. I could go on and on,” Asfour continued of Jordanian attractions.

Other Jordan highlights cited by Asfour include the “absolutely beautiful” Petra by Night show,  and “floating at sunset in the Dead Sea.”

Asfour told the gathering that Jordan is committed to sustainable tourism growth, using the UN Sustainable Development goals as a guideline. Tourism authorities partnered with Tourism Cares to ceate the Meaningful Travel Map, which led to the choosing of 12 social enterprises that would benefit from tourism revenue and can easily be reached by travellers. 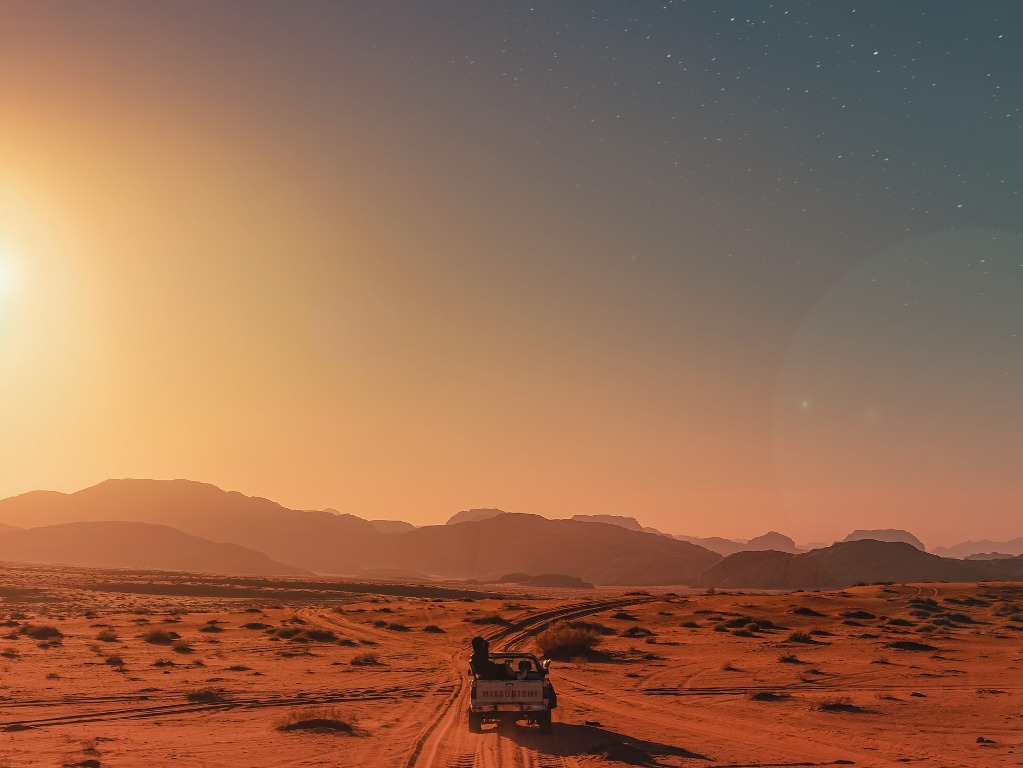 “What is so amazing about this project is when touring Jerash, one of our incredible Greco Roman cities outside Amman, you can go have lunch with a local women’s cooperative, you can cook with them, forage with them and buy crafts from them and see how your tourism dollars can be a force for good and how they directly impact local communities. This specific Women’s Co-op in Souf was able to open a daycare so that women in the community had a safe place to leave their babies and be able to go to work.

“This is our road map to sustainability and we are looking at growing our Meaningful Travel Map.”

The Toronto-Amman route was also welcomed by Asfour’s tourist board colleague Omar Banihani, “This new route is going to be instrumental in introducing more Canadians to Jordan,” he said.

New developments to Jordanian tourism include:

In 2021, As-Salt was added to the UNESCO World Heritage list as a Place of Tolerance and Urban Hospitality, bringing Jordan’s list of UNESCO sites to six. As-Salt, built on three hills in the kingdom’s west-central region, was a vital trading center between the eastern desert and the west during the late Ottoman period, attracting many merchants, tradespeople, and craftsmen from different parts of the region. Their impact and contributions helped Salt flourish. City mosques and churches sit side by side, reflecting the closeness of the people and respect for religion. The urban core includes approximately 650 significant historic buildings exhibiting a blend of European, Art Nouveau and Neo-Colonial styles combined with local traditions. 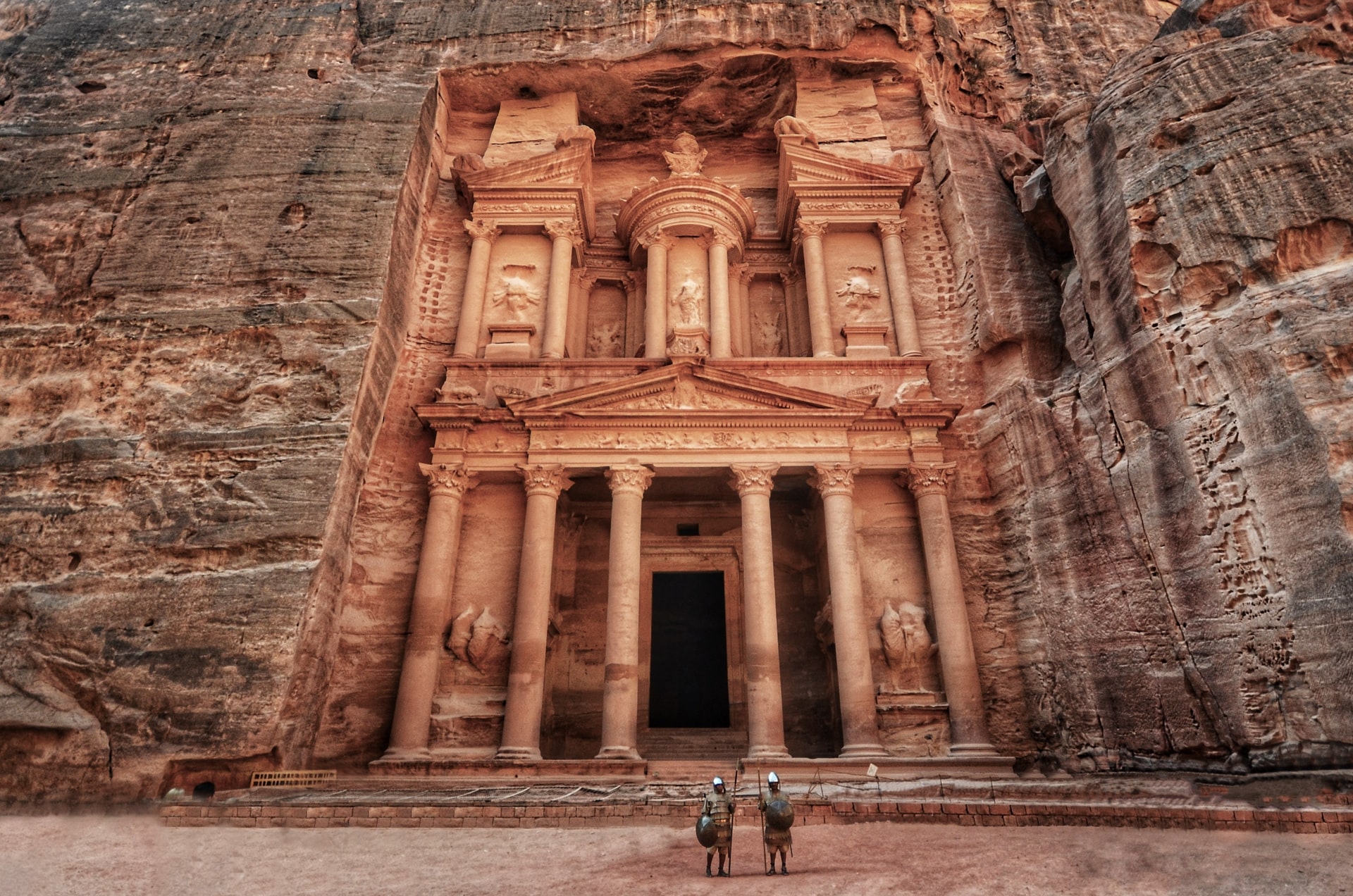 Amman has another upscale hotel, with the Ritz Carlton, Amman opening May 29 in the prestigious 5th Circle in the heart of the capital. The hotel offers nine dining venues, event spaces and a lavish spa. Other luxury brands in Jordan include St. Regis, Four Seasons and Fairmont.

Next Oct. 14, the Jordan Trail will introduce new Thru-Hikes. The guided hiking experiences will include licensed guides, transportation, meals, accommodations and more. Travellers can enjoy any section of the hike for as little or as much as they want to discover, and meet Jordanians as they meander through up to 72 villages.

Major archeology discoveries have been made in a remote area of the southeastern desert of Jordan. A scientific team discovered a 9,000-year-old unique ritual installation dedicated to mass hunting of gazelles during the Neolithic era using gigantic traps known as desert kites, marking the earliest large-scale human-built structures worldwide.

The Dana Reserve is Jordan’s largest nature reserve, covering some 320 square kilometres of spectacular mountains and Wadis (dry river beds) along the face of the Great Rift Valley. Travellers can trek from Dana to Petra or Dana to Feynan or visit some of the social enterprises that specialize in hand-made jewelry or gifts from the area. Also, they can sample organic jams, spices and local foods made locally.

The Underground Amman Tour opens a window into the often hidden or ‘underground’ artistic expression in Amman that will provide a new perspective into the ancient city. The company supports the local hip hop scene support through donations. 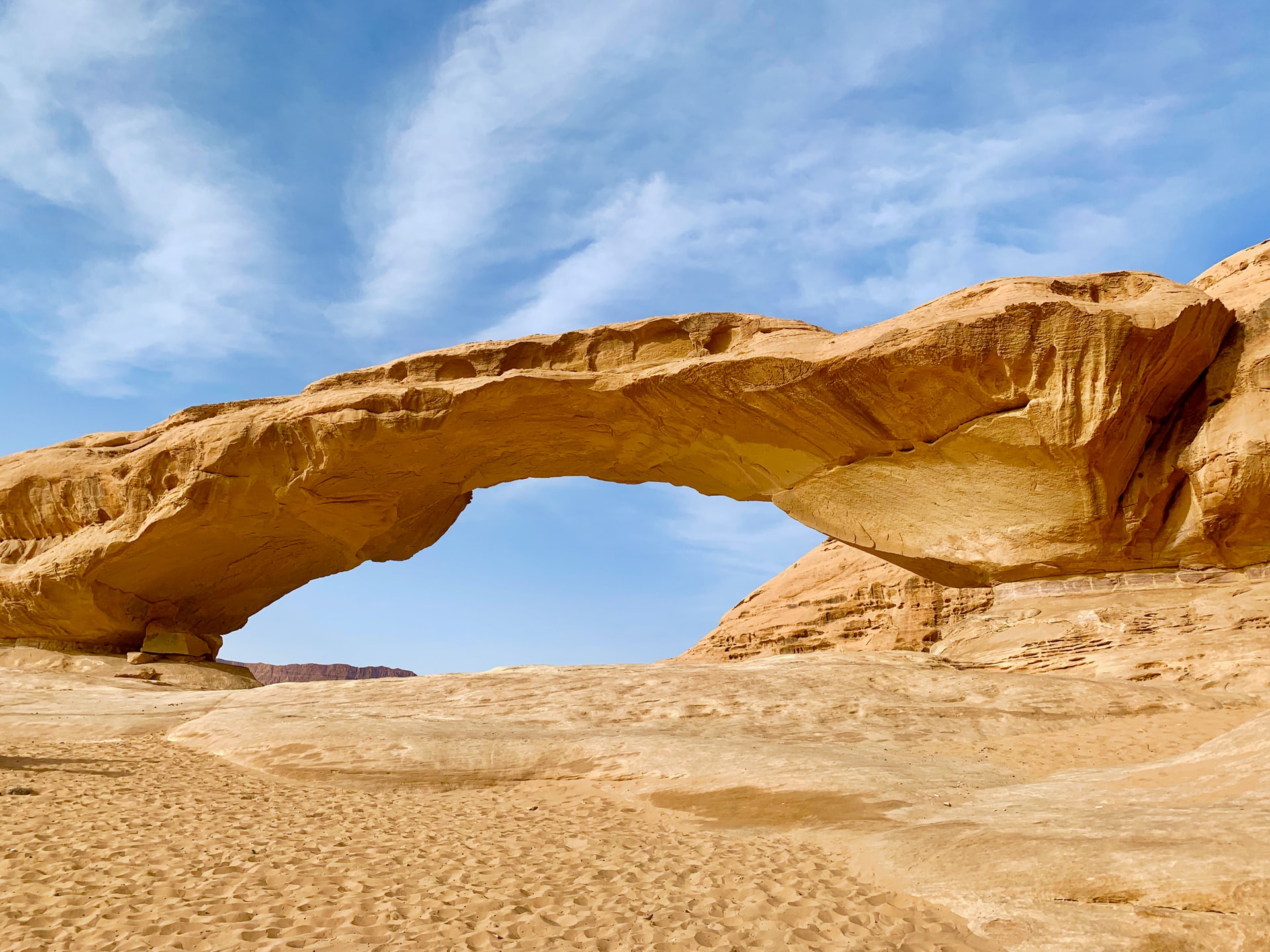 Meanwhile, Toronto-based GMTours notes that those it sends to Jordan can learn about the country’s history, culture and food, with the tour operator sending people to Amman’s famed Hashem restaurant, and also enabling them to “learn how to make an original Jordanian dish from scratch” in an Amman home, and then “dine in a cozy home” with music.

GMTours’ Sally Mikhail praises Jordanian tourist attractions, labelling Jerash a crossroads of civilizations, and noting that clients can overnight in a Bedouin-style tent in the “moon-like landscapes of Wadi Rum,” viewing a “beautiful and starry night” while doing so.

“Magical” Petra — carved from rockfaces over 2,000 years ago — is famed for its Treasury but there are many other remarkable structures there and the region has Stone Age sites that can be visited, she said.

She notes Jordan has numerous Biblical sites, among them Mount Nebo, from which Moses saw the Promised Land.

Mikhail notes her company works with Jordanian non-profits that assist women and children. 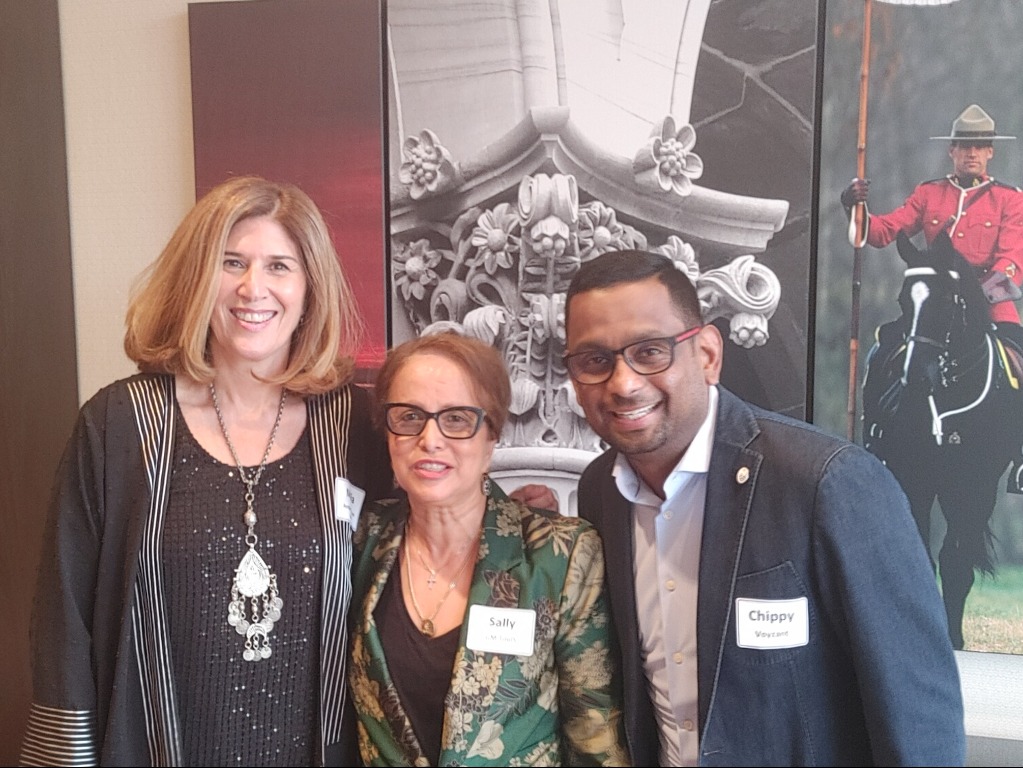 Pictured at the event are: Malia Asfour from Jordan Tourism Board North America, Sally Mikhail from GMTours and Chippy Jegathesan from Voyzant.