STORY AND PHOTOS BY Ann Ruppenstein

Looking out past a section of the fortified wall that extends along the iconic El Morro Fort, guide Leopoldo Rosso surmises the rest of the walking tour could go one of two ways.

“Do you want to go to the cemetery or do you want to go back and see more of the old town?” he asks, following a morning spent meandering along charming café and restaurant-lined side streets and historical buildings throughout Old San Juan.

After weighing the options quickly yet carefully, our small group relocated a short distance from one of the most visited attractions in Puerto Rico, Castillo San Felipe del Morro, to somewhere slightly more off the beaten path: Santa Maria Magdalena de Pazzis Cemetery. 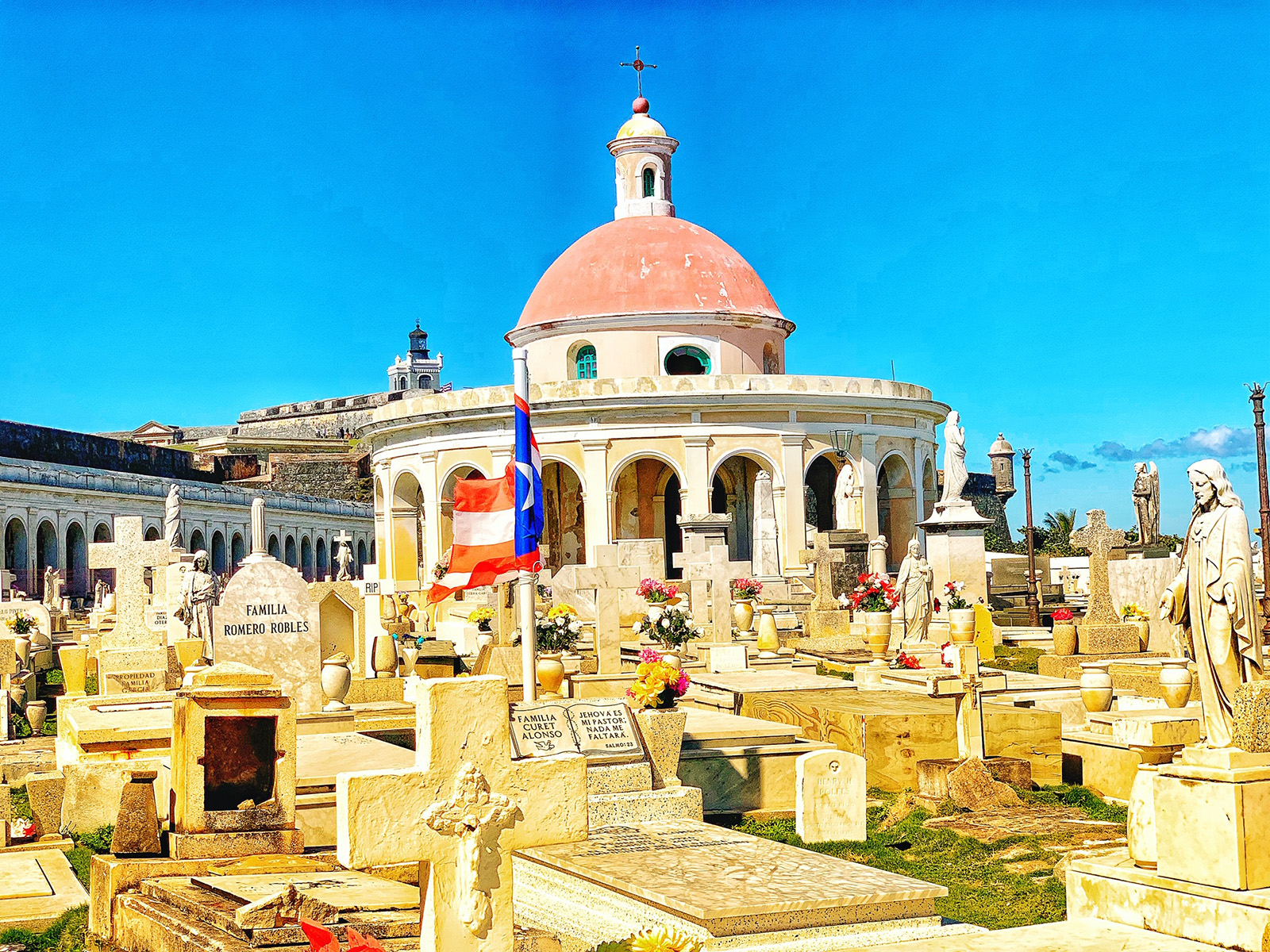 Having admittedly been to hundreds of cemeteries around the world, Rosso excitedly shares there’s something special about the maze of white tombstones overlooking the Atlantic Ocean before us.

“Look at the ocean, look at the historic city wall, look at the fortress and then look at the crypts, some of them angels — you see, how spectacular?” he enthuses. “You can hear the sound of the waves crashing. Admit it, this is one of the craziest cemeteries.”

Visiting a seaside cemetery may not be on the radar for most tourists, but Rosso, a guide for Rico Sun Tours and a former Air Canada Vacations rep, also leads tours through the premises, mainly for Puerto Ricans who spend up to three hours discovering the final resting spot of famous local poets, composers, Oscar-winning actors, sportscasters, and former first ladies.

In the middle of the cemetery, we come across an empty doorframe. The door, busted off from the hinges is pushed to the side on the cement floor, offering lingering evidence of the destruction left behind by Hurricane Maria.

Nearly a year and a half since the destination was devastated by the storm, Brad Dean, Chief Executive Officer for Discover Puerto Rico, says there’s been a resurgence of new businesses and restaurants opening up and a vibrant entrepreneurial spirit that’s come alive.

“There really is no comparison to the devastation that Puerto Rico experienced, but yet it’s amazing to see the pace of recovery, which I think is just a testament to the people of Puerto Rico,” he tells Travel Courier. “So often when destinations experience an event like Hurricane Maria, the goal is just to get back up and running, to be open for business. But Puerto Rico, the resiliency of the people here from day one, they said we’re not just going to reopen. We’re going to come back bigger and better than ever, so there’s been a very intense and purposeful focus on not just reopening, but reimagining the destination. You see that with new businesses opening up, you see it with some new hotels, but even existing hotels are all using this as an opportunity to refurbish and renew their product, so out of this crisis is coming a great opportunity.” 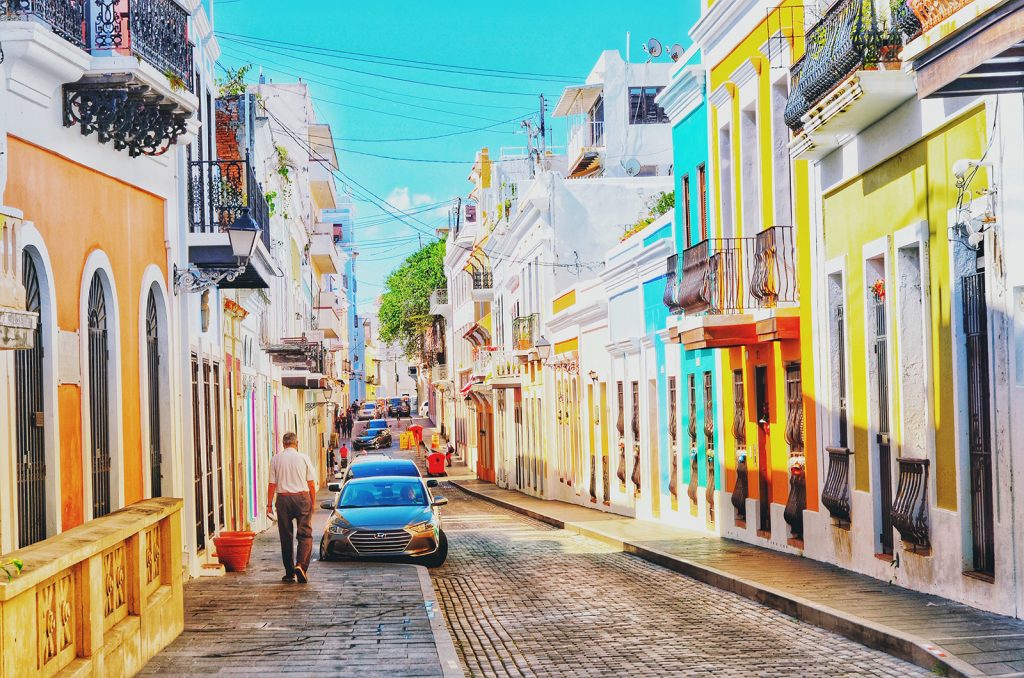 Dean, who previously worked for the Myrtle Beach CVB, says the new private, not-for-profit DMO, is also repositioning Puerto Rico from simply a place with beautiful beaches to a cultural mecca with history, art, music and dance.

“That’s important not only because we have so much to offer, but it spreads tourism around throughout the island,” he says. “And right now, tourism has never been more important to Puerto Rico’s economy than it is today. Spreading the impact of tourism throughout the island and doing it through the cultural aspects is really positioning Puerto Rico in a different way. Most destinations when they experience some type of Maria, they go right back to what they were before and try to get open quickly. We’re using this as an opportunity to reimagine and reposition the destination.”

Whether it’s planning a pre or post cruise itinerary, or for an entire vacation, Dean says there’s so much more to do in Puerto Rico, which ranked No. 1 on The New York Times list of 52 Places to Go in 2019, than hitting the beach and exploring Old San Juan.

“Puerto Rico telling the world we have beautiful beaches is like Vegas saying we have casinos,” he says. “We do, but in and of itself the beaches are just part of the story. What most people don’t realize and want to experience is the art, the music, the history, the dance, and the architecture and of course the food, so I think for those who haven’t explored outside of Old San Juan, there is a treasure of experiences just waiting to be enjoyed, and they’re all in close proximity.”

Take for example Toro Verde Nature Adventure Park, with the longest zip line in the Americas called The Monster, being able to go from a rain forest to a desert forest within the hour or the chance to explore three bioluminescent bays, of which there are only five in the world.

“There are these fascinating experiences that people just don’t realize are out there so we’re going to pivot with the brand and instead of just promoting the traditional beach and sunshine to amplify all that’s really unique and special about Puerto Rico,” he says. “So for a lot of travel agents they may not realize that there’s these extraordinary experiences that are unrivalled in the Caribbean.” Overall, he says the travel industry has rebounded with 139 hotels currently open, representing 11,000 hotel rooms and 8,000 Airbnb accommodations. There are an average of 110 daily flights to the island and later this year, he anticipates the number of air seats will equate or be above pre-Maria levels. The cruise industry has also come back quickly, with more ships in port compared to a year ago, and there are over 4,000 restaurants and 189 attractions.

“Maria caused unprecedented damage, and there really is no textbook for how to recover from a storm like that, that massive, but for the resiliency of the people of Puerto Rico who are turning this into an opportunity to reimagine the island and use travel and tourism as a transformational tool to elevate the island to new heights of prosperity,” he says. “Every tourism community that goes through an event like this needs visitors to come back, but nobody is more dependent on tourism today than Puerto Rico. And frankly, there’s no better way for the Canadian visitors to help Puerto Rico than to come visit.”

Canadian travel to Puerto Rico is up by nearly 30%, he said, pointing out that Canadians are helping lead the recovery.

From a pineapple festival to a cocktail festival and everything in between, he says Canadians will have no shortage of events to choose from this year. “Every weekend through out the year there are these really unique festivals that draw upon the cultural offering of Puerto Rico, which is kind of unique because if you look at the heritage of Puerto Rico you have this fascinating fusion of African, Indian and Spanish culture with a Caribbean flavour and a US touch,” he says. “It would also be unfortunate if someone comes to Puerto Rico and doesn’t experience the music. The music here is fascinating, it’s part of the DNA of the destination.”

As for getting there, Air Canada, WestJet and Transat all offer seasonal service to Puerto Rico, which he hopes will grow into year-round service.

“We’ve long since announced we’re open for business and ready to welcome visitors back, but the people of Puerto Rico want to share their island, they want people to come and enjoy it, they’re very hospitable people, and so, the message is we’re not just open for business, we’re ready and eager to deliver the experiences that will excite and enchant people,” he says. “For those who are looking for an unrivalled experience with beautiful beaches, great weather, and so much more, there’s no place like Puerto Rico.” 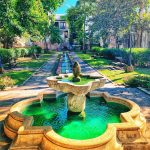 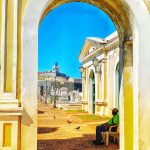 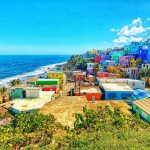 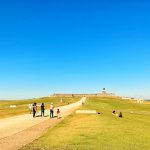 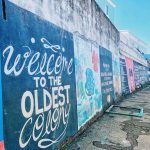 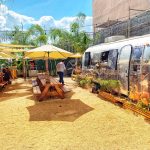 Where to stay: InterContinental San Juan 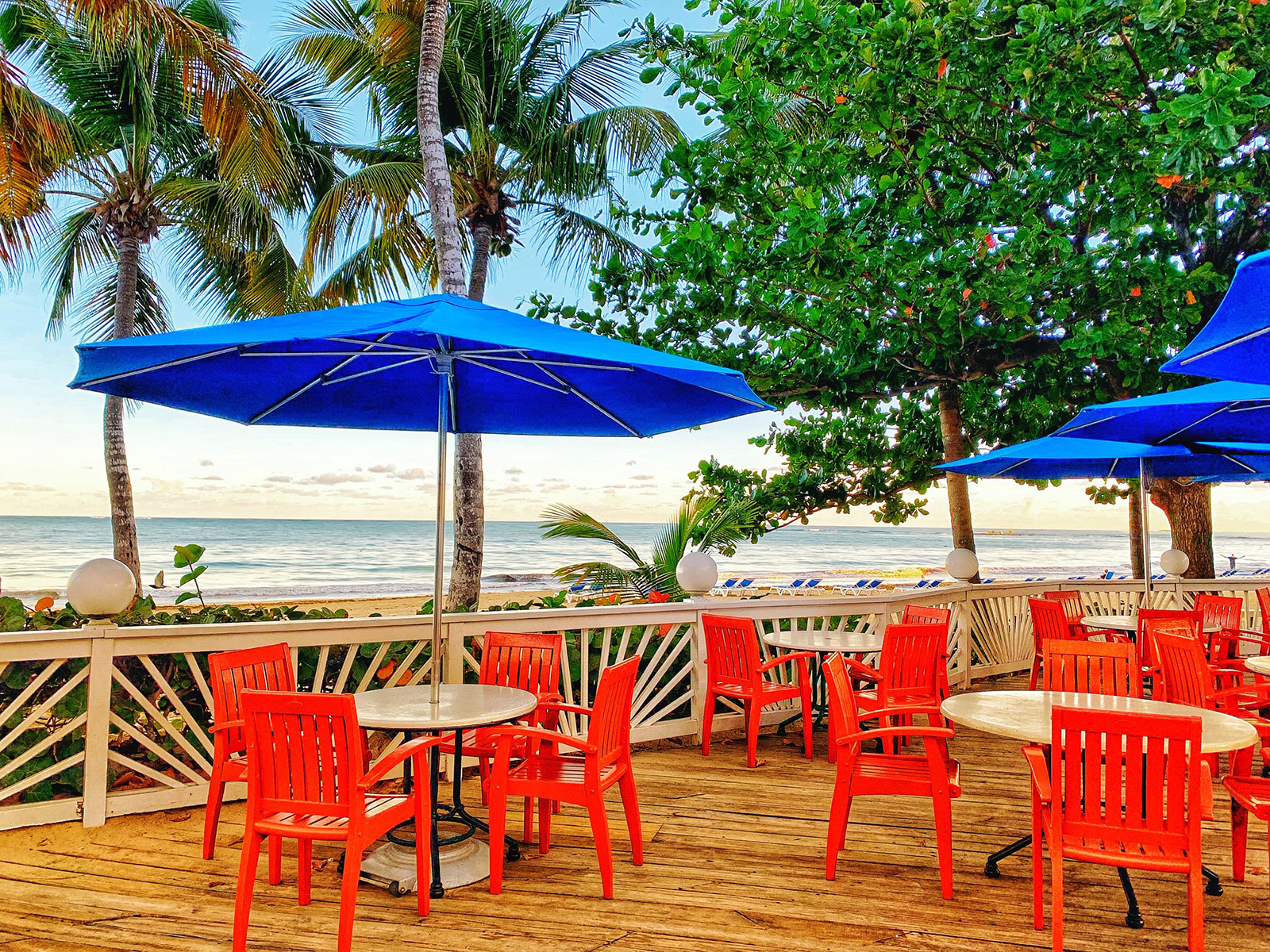 Tell us a bit about the InterContinental San Juan and what you think makes it special?

We are a very residential property so when we welcome you to the hotel, we welcome you to our home. During your arrival process you will realize why you came to Puerto Rico. We are located on the best beach that San Juan has to offer, it accounts for two miles of white sand beach where you can take in one of the best sunsets you can experience in the Caribbean.

Is the Canadian market important for you? Are more visitors coming from there?

Yes, absolutely. We have seen an increased interest from our friends in Canada, but we know that with all the incredible things Puerto Rico has to offer more travellers will come.

Were you affected by the hurricane? What’s changed since then?

We did not suffer any structural damage, any issues caused by it were restored. We have come back stronger and discovered the incredible resilience of our people. We also developed a new culinary program that make us one of the hotels to visit in Puerto Rico.

What should someone not leave without eating, drinking or doing?

They should not leave without drinking an authentic Piña Colada, eating some great Mofongo and a visit to Old San Juan.

Is there anything travel agents should know about selling the property?

It brings Puerto Rico to your door steps without ever needing to step outside the hotel. Enjoy a great Piña Colada at our Swim Up Bar and watch the sunset from Ocean Breeze, all while delighting in some amazing foods and drinks.

Puerto Rico is open for business now more than ever. We can’t wait to showcase our beautiful island to new travellers. We know they will find an unforgettable experience with us and become part of the InterContinental family. 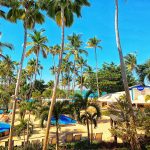 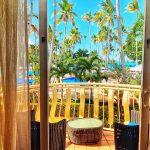 Spread your wings with Abercrombie & Kent

A cruising adventure awaits in Alaska