Planet Hollywood Cancun can wine and dine and entertain its guests

The Planet Hollywood Cancun can give the lowdown on doing the bottoms-up routine in a distinctly Mexican manner.

The property — which falls under the Toronto-based Sunwing umbrella — offers different alcohol brands in its bars and restaurants, and hosts wine-tastings and mixology classes, with Mexican alcohol being front and centre while instruction is given.

Sommelier Raul Monroy notes guests at the upscale all-inclusive can enjoy Mexican wine during their stays, wine he realizes they may be totally unfamiliar with. Several Mexican states now produce quality wine, which Monroy acknowledges tends to be overshadowed by tequila, and mescal.

“Most people don’t know we produce very nice wine because we keep the best wine for ourselves,” he says.

Mexican wine has won awards in international competitions, he reports. 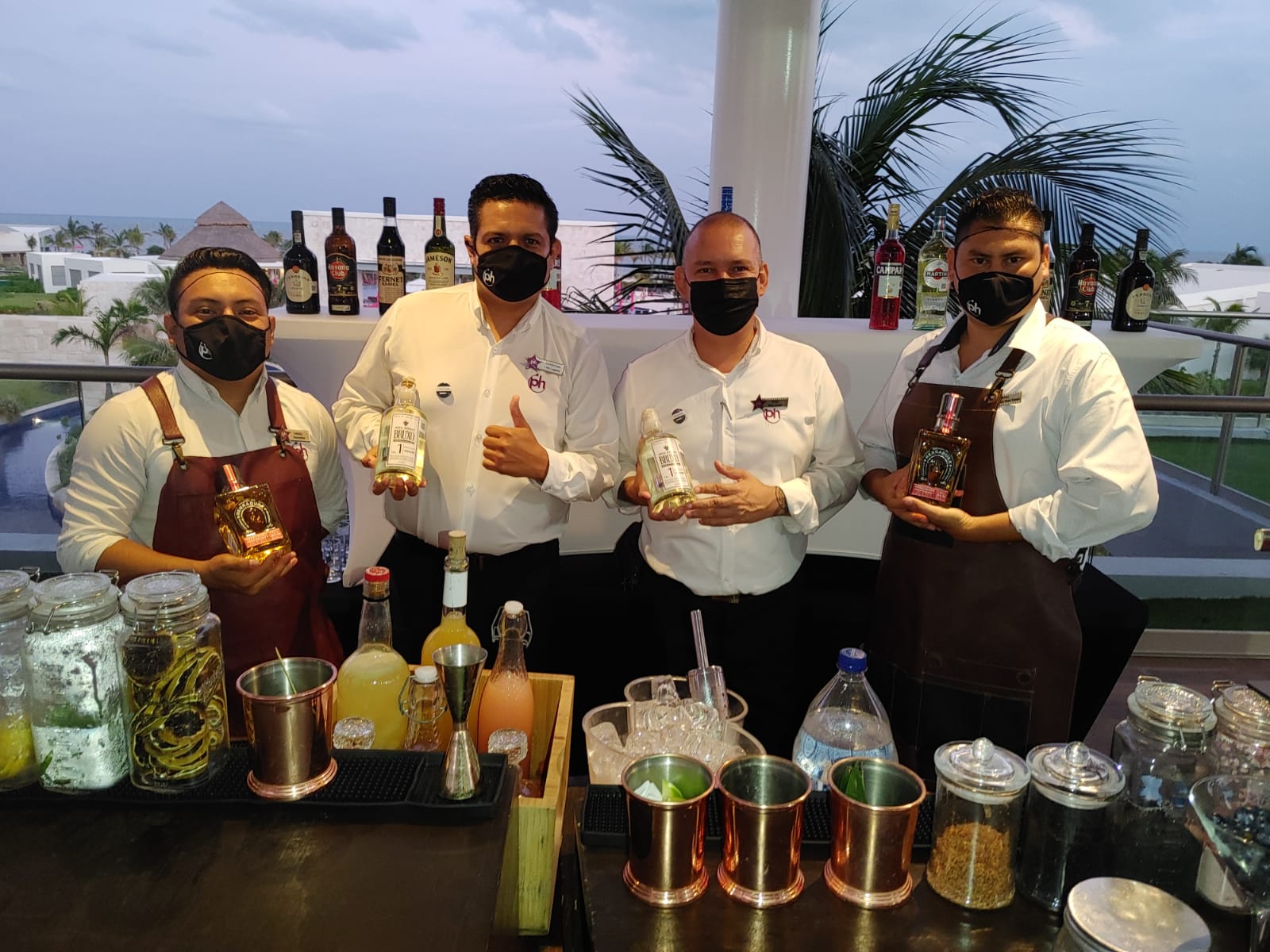 Christian Pacheco of the resort’s food and beverage department notes tourists quickly associate Mexican bar options with tequila and mescal, although many visitors might be surprised to learn that most mescal brands don’t place a worm in the bottles.

“A lot of people (tourists) say if it doesn’t have a bug it’s not mescal,” he says, adding bottles sold by upscale brands are worm-free.

Mescal is enjoying surging popularity in Mexico, although Pacheco concedes some tourists find it too strong for their liking.

Monroy and Pacheco were on hand for a recent mixology course given for a visiting Sunwing group, which saw bartender Mario prepare Mexican drinks and ones not linked to the Latin American country, such as Pirates  of the Caribbean, so named because it contains Cuba’s Havana Club rum. Rum was the alcohol of choice for Blackbeard, Henry Morgan and other buccaneers, hence the drink’s moniker.

Pacheco adds that gin is building a growing following in his homeland but that alcohol isn’t native to Mexico, unlike mescal and tequila.

“Both are very Mexican,” he says of the latter two. “If you don’t like mescal or tequila, you’re not really Mexican.”

Yucatan a showcase for the Mexico of yesteryear