Iconic Nova Scotian landmark Peggy’s Cove has earned kudos for  accommodating people with disabilities from a foundation created by a man whose name is synonymous with coping with disabilities.

The rocky, ocean-fronting site — long popular with artists because of its dramatic setting — has achieved an Accessibility Certified Gold rating under the Rick Hansen Foundation Accessibility Certification (RHFAC) program for now having a landmark accessible viewing platform, accessible parking spaces in public parking lots, wayfinding throughout the village, trail and two new washroom buildings. The addition of the platform along with improvements within the wider coastal fishing village enables visitors of all abilities to experience the natural beauty of the site.

Peggy’s Cove is the first tourism destination in Atlantic Canada to receive RHFAC Gold-rated certification. Before the addition of the new features, visitors with physical disabilities were only able to view the unique landscape from the parking lot. With over 700,000 visitors annually, the accessibility upgrades make the site accessible to a growing number of visitors, in particular seniors. 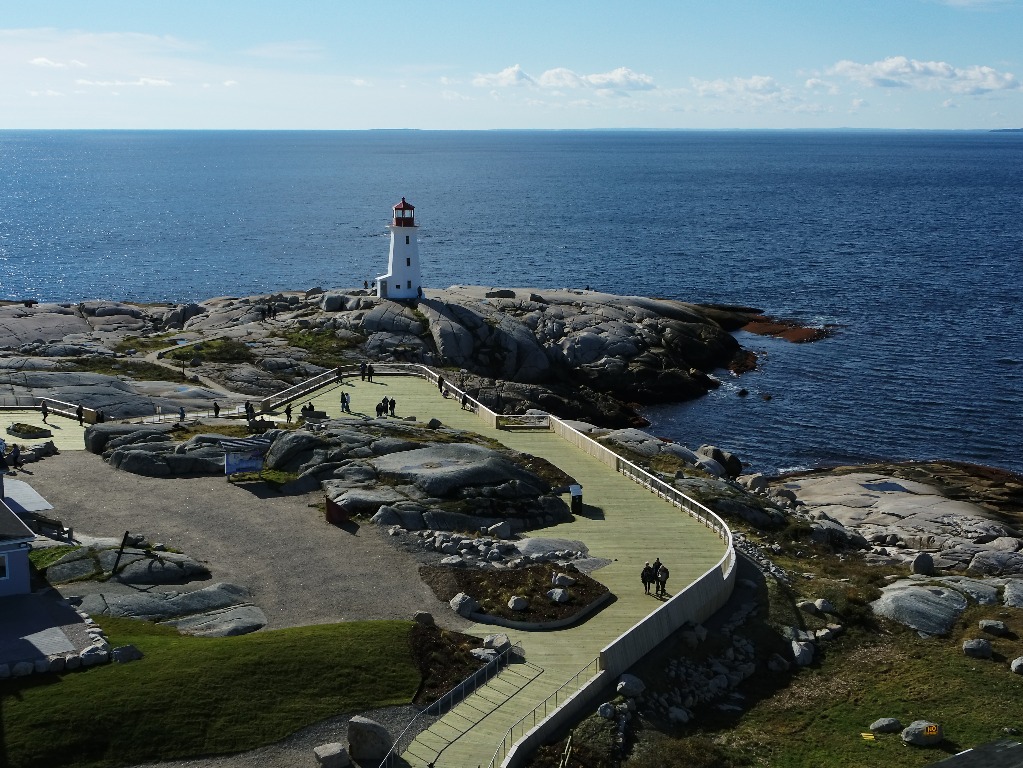 The RHFAC program allows organizations to rate the level of meaningful access of sites, based on the user experience of people with varying disabilities affecting their mobility, vision and hearing. To date, over 1,663 sites across Canada have been rated.

With a rating score of 83%, the Gold rating demonstrates Peggy’s Cove — and Nova Scotia’s — commitment to removing barriers and improving accessibility for visitors of all abilities.

Rick Hansen — famed for travelling the world in a wheelchair and now a prominent advocate for the disabled — applauded the developments at Peggy’s Cove.

“Peggy’s Cove has created an accessible feature for people of all abilities to enjoy this iconic destination,” he said. “This outstanding achievement has raised the bar for tourism in Canada, and we are delighted to celebrate with them. The importance of meaningful accessibility is growing. We encourage all organizations to look at the accessibility of their built environment, and begin their journey towards creating a more inclusive future for everyone.”

Deborah Page, director marketing and communications for Develop Nova Scotia, said the changes were part of a meticulous process. 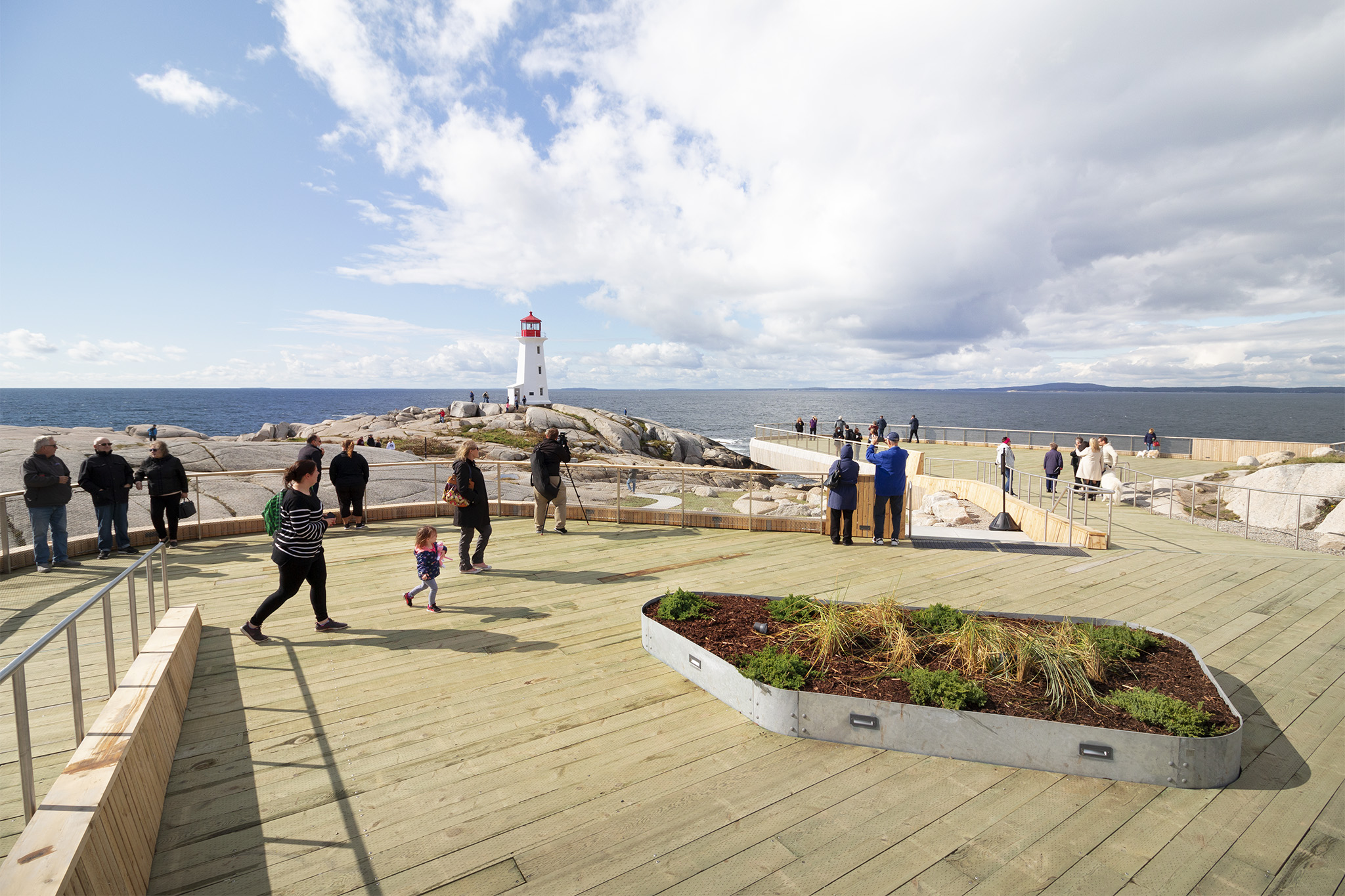 “Our team of exceptional planners, designers, engineers and project managers are hyper focused on ensuring places and infrastructure are welcoming to as many as possible,” she stated. “By engaging and involving accessibility community members, members of the public and advocates in the process, before, during and after construction, we were able to push the boundaries of what accessibility standards could not just be met, but exceeded. We pushed ourselves and our partners to create something that opened up not just the destination of Peggy’s Cove to more people, but the true experience of Peggy’s Cove.”

Based on community input, Peggy’s Cove has a broad range of accessibility features that led to its Gold rating including: 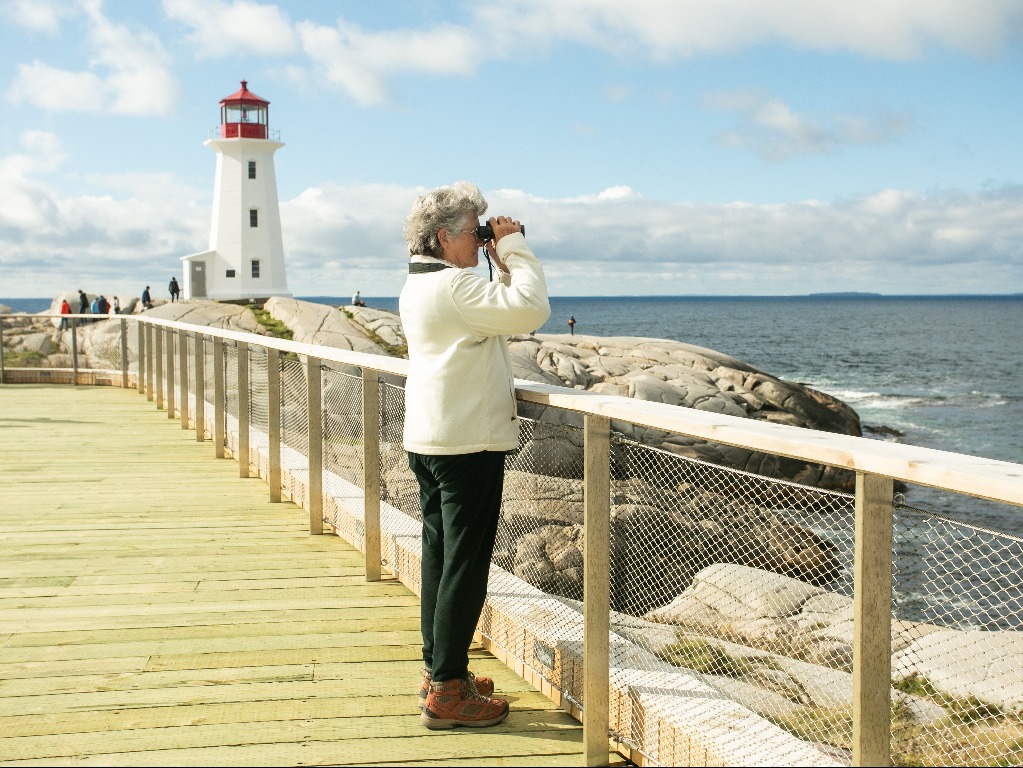 The accessible viewing deck was funded by Tourism Nova Scotia, the Province of Nova Scotia, and the Atlantic Canada Opportunities Agency.

Meanwhile, Brad McCannell, vice president of access and inclusion at the RHFAC, said the work undertaken by those who oversee Peggy’s Cove are far from the norm in tourism.

“Generally speaking, accommodation for people with disabilities in the tourism industry is poor,” he said. “While we’re slowly seeing a shift in how the tourism industry thinks about accessibility, as a community we remain vastly underserved. Peggy’s Cove is a great example of an attraction demonstrating leadership along with others across the country, such as the CN Tower in Toronto, Ingenium Canada Science and Technology Museum in Ottawa, Mosiac Stadium in Saskatchewan or the Surrey Arts Centre in BC – all of which have achieved Rick Hansen Foundation Accessibility Certification or Certified Gold. Again and again, we hear from operators like these that have embraced an inclusive access strategy that the uptake of new access features is nearly immediate by the public. If you build it, they will come.” 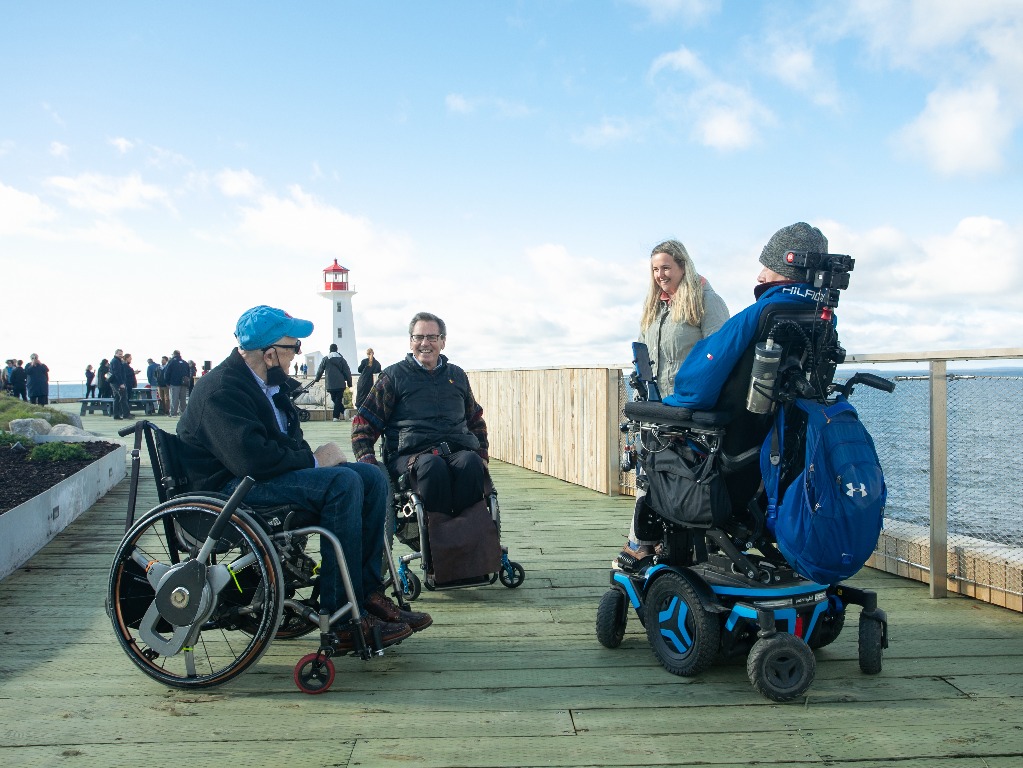 “Many simply don’t know where to start,” he reported. “This combined with current industry misconception that accessibility is only about a few wheelchair users – and that they are covered by building code requirements, has left accessibility as a low priority for most operators. Culturally speaking it’s important that the industry view people with disabilities as part of their target market. Angus Reid research revealed disability issues have touched almost 50% of the population and that 30% choose their destinations based on the level of accessibility provided. This number will only increase as the population continues to age and the community of people disability continues to grow and become more and more active. The reality is that continuing to operate with code minimum access strategy separates operators from roughly 70% of the community of people with disabilities and therefore 70% of the available return on investment.

“This is why Rick Hansen Foundation Accessibility CertificationTM was created. It gives operators an accurate picture of where their facility is right now in terms of accessibility and provides a roadmap moving forward to improve accessibility for all ages and abilities over time, as part of the normal planning and operating process. A place to start using common language, common methodology, and standardized training so that all efforts become measurable on a national scale. 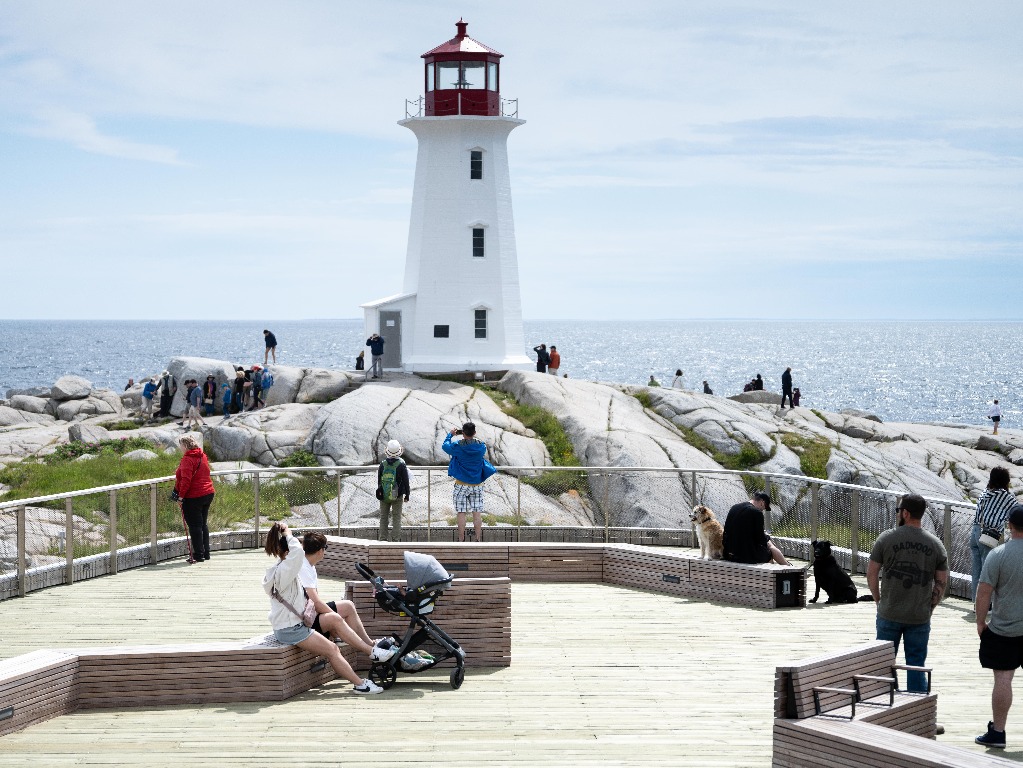 “Common issues that those with disabilities might encounter include code minimum access strategies that mislead operators into believing they have achieved real access by simply meeting code in their region; poorly designed accessible parking spaces that force users into the roadway to access the main entrance; lack of or poorly executed accessible washroom features such as grab bars for support, reachable towel and soap dispensers or adult dimension change tables; insufficient aisle space for easy circulation at attractions; accessible service counters with point-of-sale systems that are within easy reach, and a choice of integrated counter heights; lack of hearing loops for two-way communication for people who are using hearing aids; lack of visual fire alarms to notify people who are deaf or hard of hearing in emergency situations; lack of accessible wayfinding and signage with raised lettering, Braille and high colour contrast, installed at consistent locations to support people navigating attractions independently; interactive videos that don’t include open captions or ASL/LSQ; promotional materials that are not available in alternative formats or plan language versions; websites that are not accessible – in particular, not useable for people with vision disabilities; lack of seating or seating options for people with limited stamina; and emergency evacuation planning such as an evacuation chair is often not considered.”

McCannell acknowledged that cost may dissuade some attractions from making themselves more accessible but adds that that “impulse is misplaced. The truth is the cost is minimal. Most of accessibility is what we call “’low hanging fruit.’ Easy things can be done as part of the normal planning an operating of a public facility. In fact, a study completed by HCMA Architecture + Design revealed that, at the planning stage at least, creating an RHFAC Gold level of accessibility in a newly planned facility costs on average between 0 – 1% of the budget.” 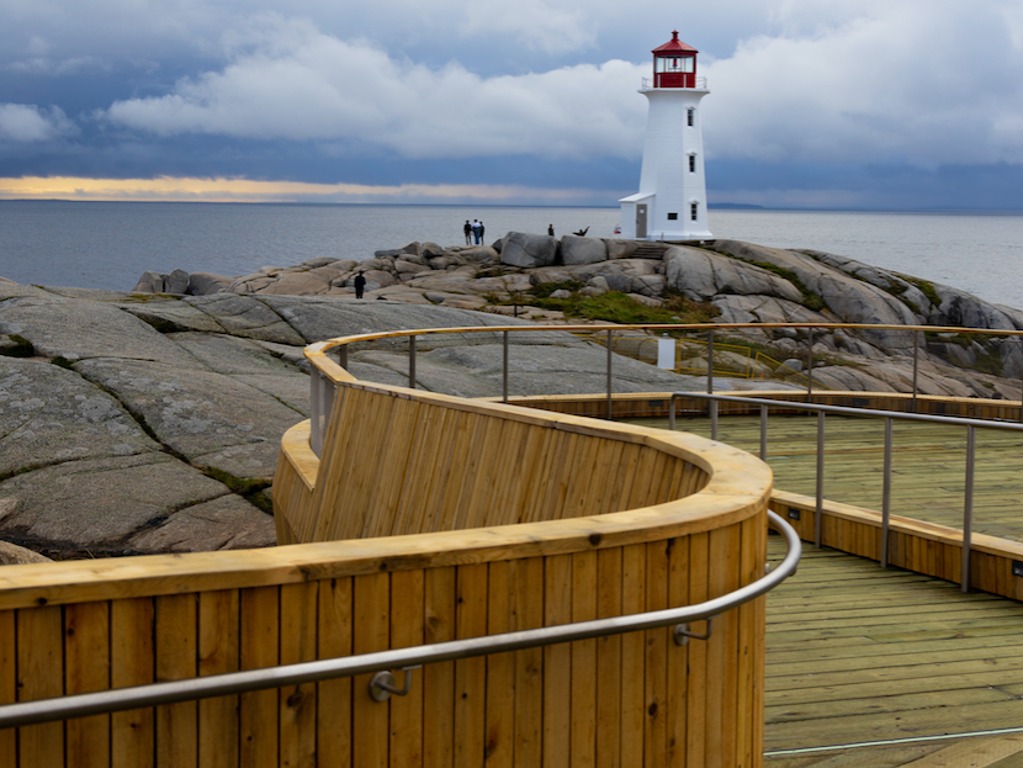 The World Health Organization says 1.3 billion people have disabilities worldwide, with McCannell reporting that people with disabilities represent an emerging market the size of China. “We are the largest minority group in the world and the only one that anyone of you can join at any moment.

“Currently, 24% of Canadians report having a mobility, vision or hearing disability or challenge,” McCannell continued. “But that number hides two things. First, everyone has at least one other person in their life that also benefit from accessible environments. A mother, father, sister, brother or even a paid caregiver — accessible environments are easier and safer for them too. That means that it’s not 24% of Canadians benefitting from accessible environments and services – it’s 50% or even higher. Second, what’s really driving the numbers right now are the older adults and seniors. One thousand people turn 65 every day in Canada and 240,000 people retire every year. And the thing to remember about adults and seniors is that not only do they have a disability, but they have multiple disabilities. Hearing loss combined with mobility challenges; vision loss combined with cognitive disabilities; mental health challenges combined with all the above. Importantly, they won’t be labelled disabled – ‘I am not disabled, I’m just getting old’ is their mantra. So, a huge segment of your customer base does not identify as having a disability. From an access perspective that means your facilities must work for all ages and abilities without labelling people as disabled or separate from your established customer base. 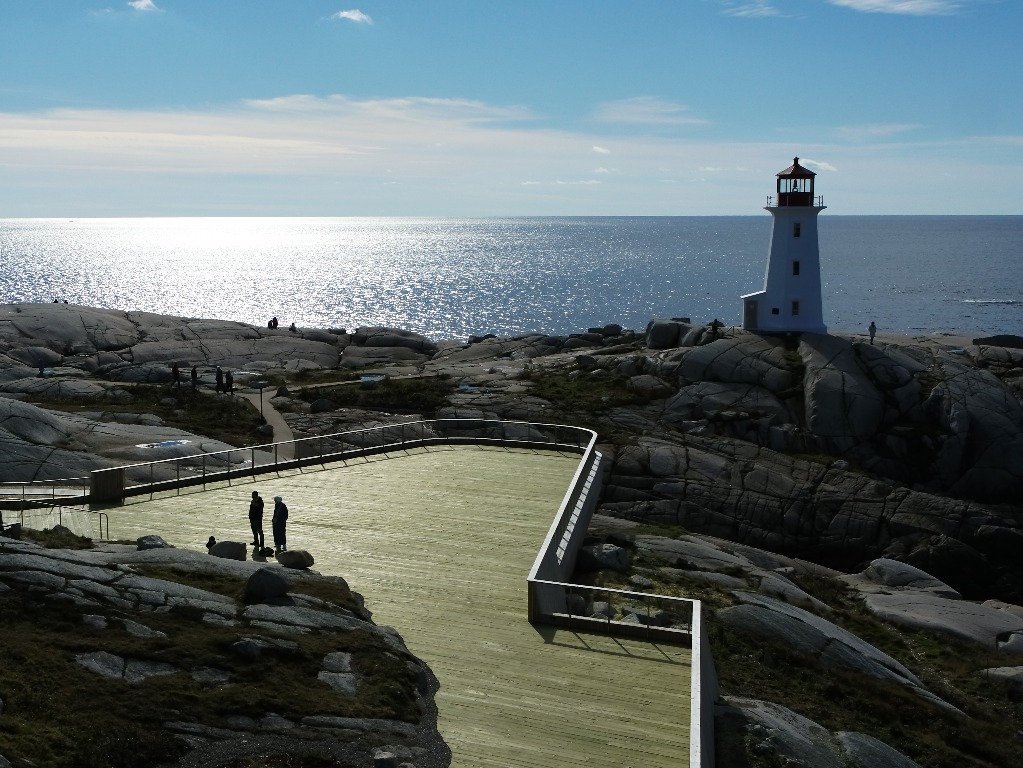 “Accessible tourism attractions benefit everyone – small children, parents with strollers, older adults and seniors, and people with temporary and permanent disabilities – along with their able-bodied companions. Without basic access you will not only lose the person with a disability as a customer, you will lose their companions friends and family as customers.

“Canada is a primary destination for many travellers with disabilities because of a higher level of accessibility than other countries comparably speaking. People with disabilities in Canada and their friends and families control $538.5 billion in disposable income. And yet when asked, 75-80% of people with disabilities say their current customer experiences are failures from an access perspective. The cost of not being able to attract people of all ages and abilities to your tourism attraction is far greater than the cost of providing meaningful access to your facilities over the long term.”

Provinces such as BC, Manitoba, Ontario and Nova Scotia have passed accessibility legislation which McCannell labels a positive step. “And every day, the federal government moves closer to fully implementing the Accessible Canada Act. We now have our first-ever Chief Accessibility Officer in Stephanie Cadieux and Accessibility Commissioner to the Canadian Human Rights Commission, Michael Gottheil. Remember too that specific disabilities groups are sometimes regional. For example, Vancouver has more quadriplegics than other major cities because of the early introduction of a paramedic ambulance service – seriously injured people that in the past didn’t survive catastrophic accidents were now being returned to the community because of better healthcare. Nova Scotia has a high rate of disability – probably because they have the highest percentage of older adults and seniors in their population.”