Northern Lights prompt some to want to get hitched

There’s love in the often-frigid air…

Yellowknife-based North Star Adventures is inviting southerners to view the Northern Lights, seeing a natural phenomenon that it’s convinced can clearly bring out the romantic side in people.

Indigenous-owned North Star Adventures — which bills itself as “the world’’s first Aurora-hunting company” — offers Aurora Borealis viewings from Aug. 15 to Sept. 30 and Dec. 1 to April 20. 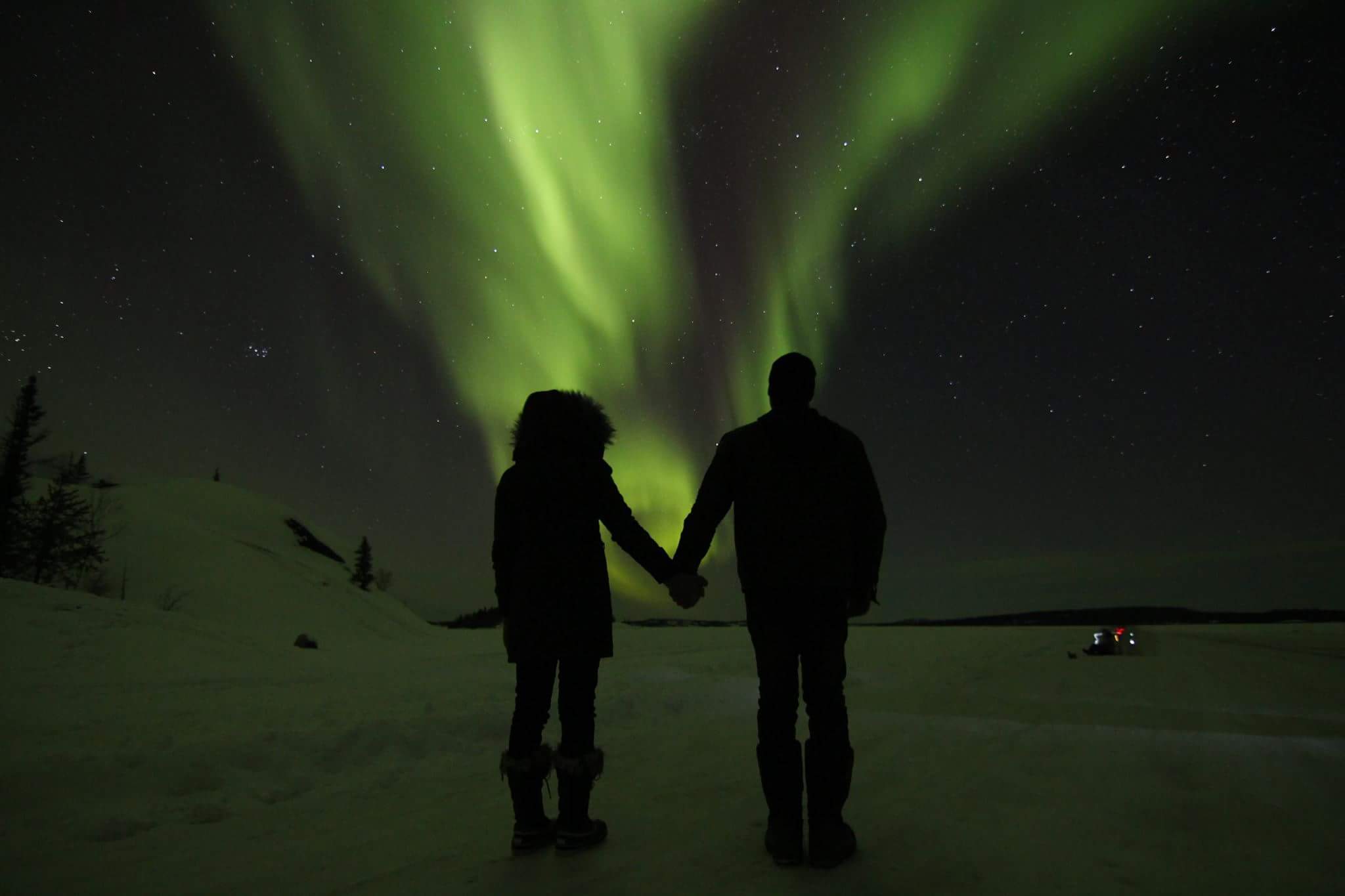 North Star Adventures’ Joe Bailey reports the Northwest Territories is a prime location for viewing the Northern Lights, with his company saying sightings are virtually certain on clear nights in the recognized seasons.

And he says twosomes who head north to see a shimmering display that frequently changes hues may return south with a much greater commitment to being together.

“Couples (sometimes) choose to get engaged under the Aurora in Yellowknife, since they have the best chance to see it here. They are able to enjoy the magic of the lights and witness a once-in-a-lifetime phenomenon together. It is an experience like no other,” Bailey says. 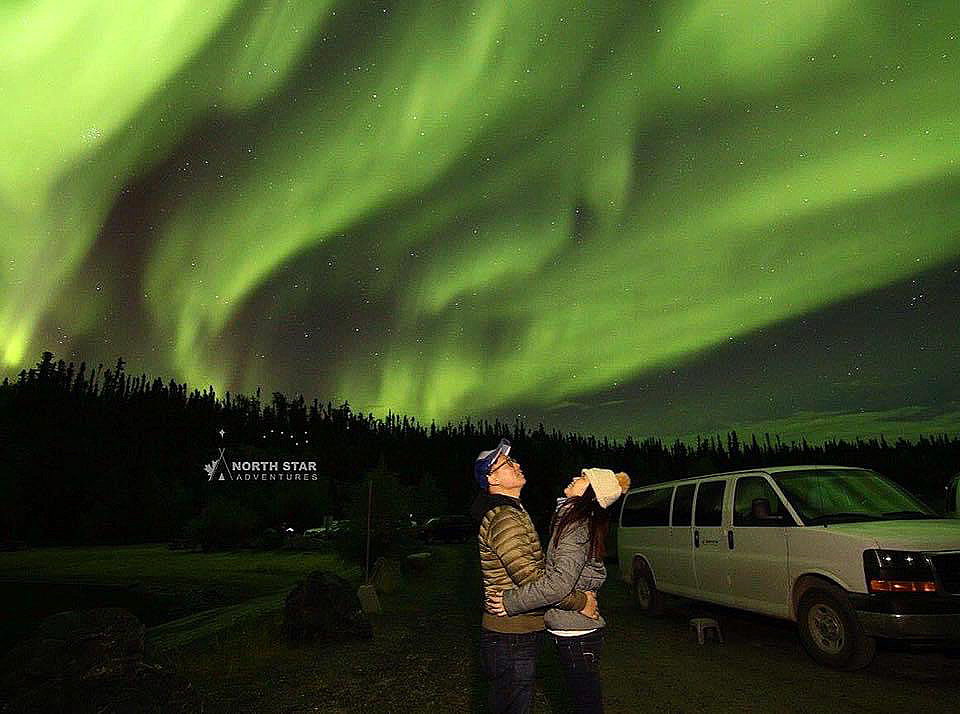 “It’s a beautiful natural wonder. You’re in the wilderness, away from the distractions of the city, out there with your special friend, and then this amazing show starts to happen in the sky above you. To experience this natural phenomenon is truly a once -in-a-lifetime romantic moment.”

Bailey recalls one individual who delayed a wedding proposal for 24 hours because the planned night turned out to be overcast, denying him the awe-inspiring heavenly show he wanted overhead for a possibly life-changing moment.

Bailey, who confesses to being a “hopeless romantic,” has been witness to love stories beneath the Aurora Borealis, with his company “honoured to be a part of nine proposals to date.”

“It is no wonder why many couples choose the Aurora for this magical moment,” says Bailey, who reports many people become emotional when seeing the Northern Lights. “It is said in many cultures that a proposal under the Aurora marks the beginning of a happy and blessed marriage.” 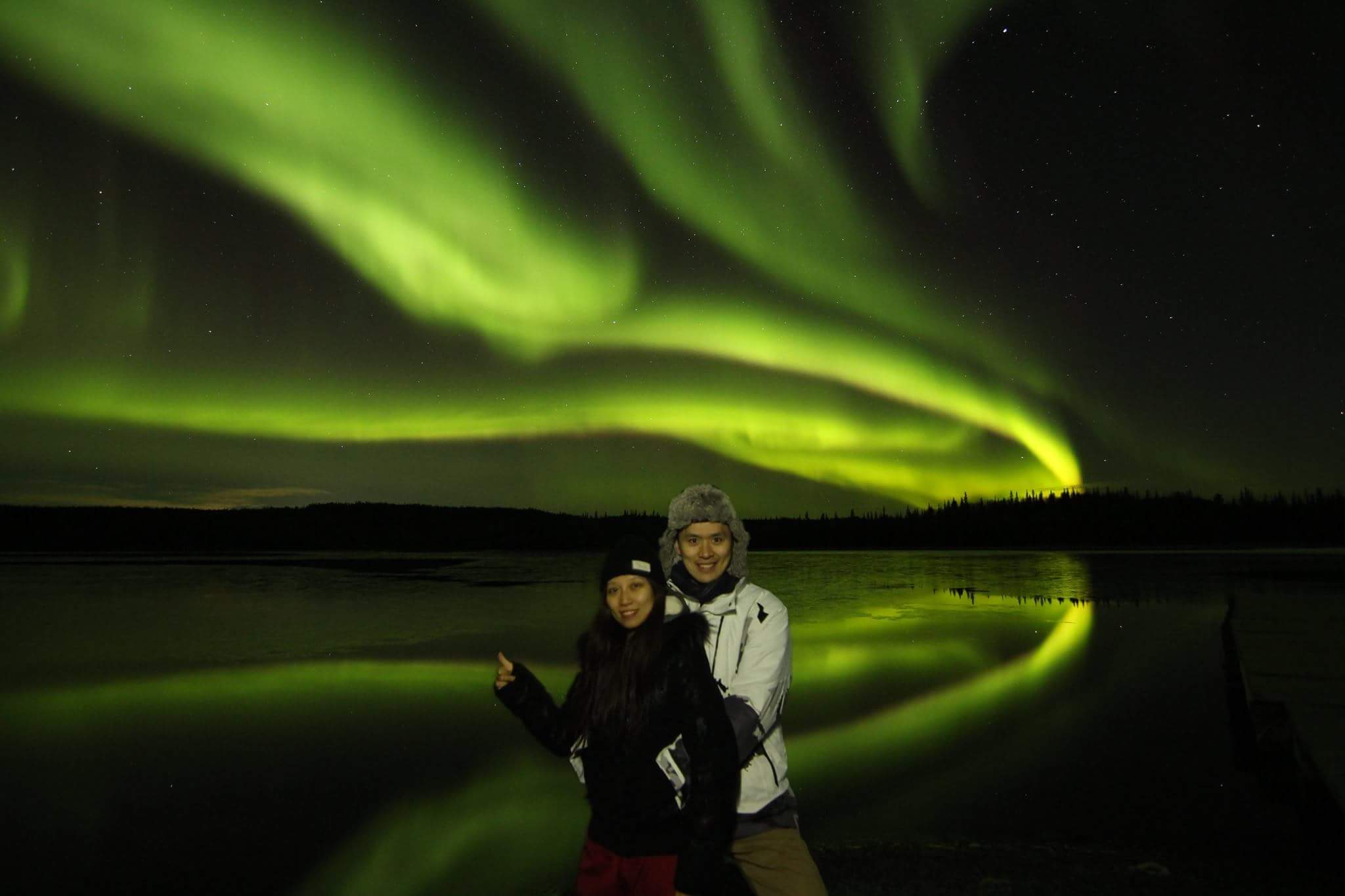 Japan has accounted for many of those who have made the journey north in recent years to see the Northern Lights, with citizens of that country reportedly believing that seeing the Northern Lights provides them with good luck after they return home.

Summer Yellowknife-area weather is pleasant but winter temperatures in the sub-Arctic region can be in the -30s and Bailey reports that recent years have seen the mercury drop “to the old days of -40s.”

Meanwhile, Bailey says it’s not only those who are thinking of possibly exchanging wedding vows who should head to his part of the world to see a dazzling celestial display.

“Everyone should try to experience this once in their lifetime,” he states.

More information can be found at northstaradventures.ca.