Minich, president of Experience Kissimmee, told a recent Toronto gathering that those staying in Kisssimmee will be closer to many of Orlando’s famed theme parks than many of those those staying in Orlando itself, adding free complimentary shuttles are available from Kissimmee to the theme parks and malls.

“We really have the best of both worlds,” he said, adding that Kissimmee is in “the shadow of the world’s most famous castle (found at Walt Disney World)” and offers guests the “best man-made attractions in the world.”

Kissimmee bills itself as the vacation home capital of the world, having thousands of that type of vacation option, with Minich reporting that they were built for that purpose, rather than as standard family homes. 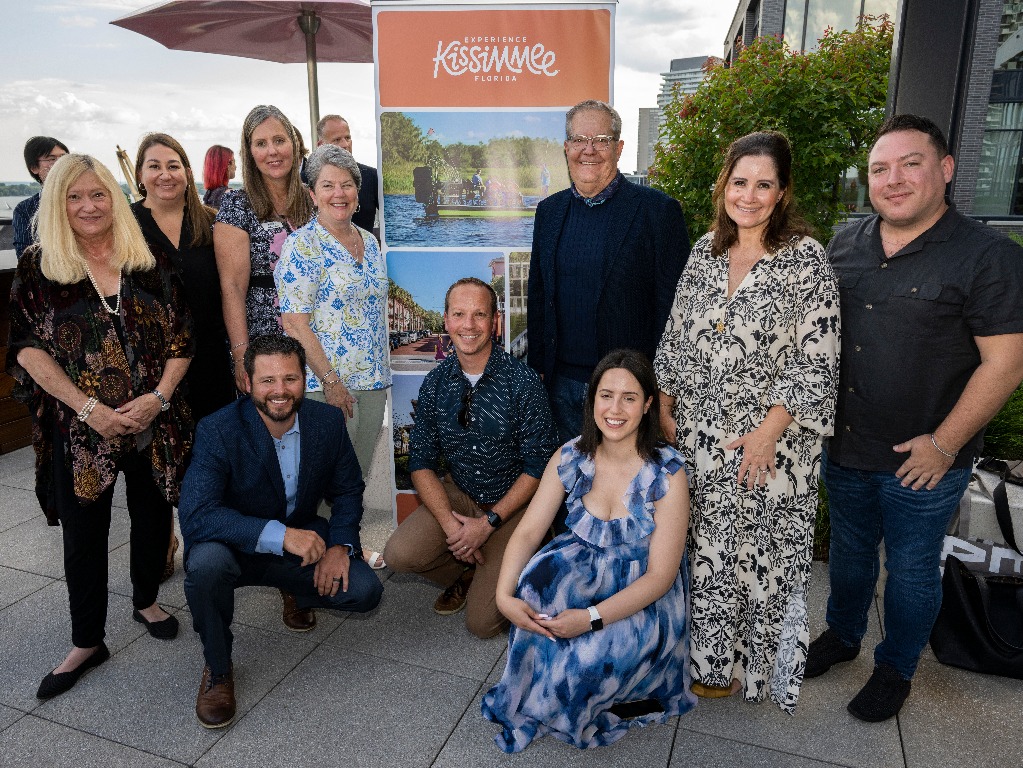 Those vacation homes are often large, and may feature the likes of theatres and bowling alleys.

The gathering was in turn told by Susan Webb, president of Vox International, which represents Experience Kissimmee in this country, that she stayed in a vacation home during a Kissimmee visit and found it an “incredible experience.”

That home was great for holding meetings, Webb added.

Minich said his destination is benefitting from new air service and its tourist trade is expecting a “robust” winter season.

Air Canada will expand its existing Orlando service with flights from Halifax, Ottawa and Quebec City in October, while WestJet will start service from St. John’s, Edmonton, Ottawa, Vancouver and Winnipeg this fall.

Air Transat is set to add flights from Quebec City in December and Halifax in February.

As well, Swoop and Flair Airlines will begin Orlando service in the coming months.

“We’re looking at a really strong winter market out of Canada… People want to get out,” Minich said, noting Covid has kept many at home during the past two years.

Experience Kissimmee is eager to re-establish ties with Canadians after those ties were disrupted by the pandemic, he added.