Take a ride through history in Key West

Key West, Florida’s Harry S. Truman Little White House museum can give tourists mobile insights into the lifestyles of the rich and famous and presidential as well.

The attraction’s White Glove Tour provides clients with tours in a 1950 Lincoln Cosmopolitan stretch limousine which was once at the disposal of U.S. president Harry Truman when he was visiting New York City and is one of only seven such limos believed to still be in existence, with five of them scattered in museums and private collections throughout the United States.

The Harry S. Truman Little White House was able to buy the one-time personal transportation for the most powerful person in the United States after staging fundraising campaigns.

Clinton Curry of Historic Tours of America says the limousine was in some ways clearly ahead of its time.

“Some of the vehicle’s most memorable aspects, in our opinion, include the power windows, rare for their time, the intercom system, used by the president to communicate with his driver, and the ashtrays at every seat, a feature which really takes you back to the era,” he says. “With seating for up to seven, including the driver, the interior provides ample space and comfort for even the longest of motorcade routes.”

The black limousine — which has such period fixtures as whitewall tires — is in “mint condition” and has 32,000 odometer miles. It sports a personalized front license plate, two American flags are attached to the front of the vehicle and passenger doors have the U.S. presidential seal ringed by the museum’s name.

Truman, the 33rd U.S. president, spent considerable time in Key West. Some reports suggest he was miffed at General Motors because it wouldn’t provide him with cars when he was running in the 1948 presidential election, and that led to him choosing Lincolns for presidential state cars. 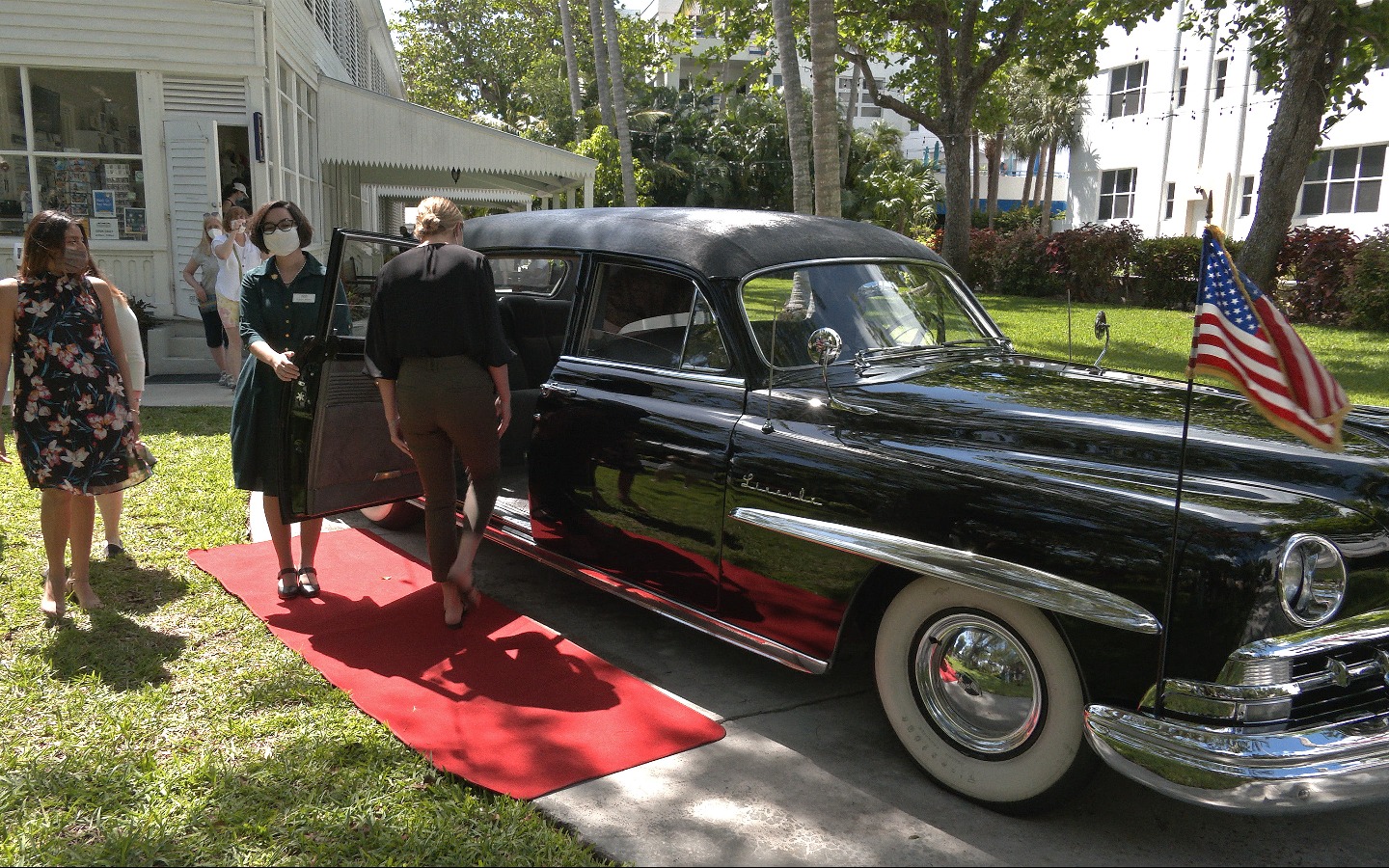 Key West limousine rides are given to those who book the museum’s new White Glove Tour, which is offered Monday through Friday from 10 a.m. to 2 p.m., is priced from $500 plus tax for up to six people, and includes a visit to the new Key West Harry S. Truman Foundation Suite, found adjacent to the museum. Several of the suite’s galleries feature newly unveiled artwork, photos and artifacts and visitors can don white gloves to hold presidential memorabilia.

Curry says the limousine rides leave an impression on those who travel in the vehicle, and even Key West residents who see the limousine repeatedly are anything but blasé about a vehicle that once was at the disposal of the man who governed the United States.

“Our guests are truly moved by the opportunity to experience a piece of history firsthand, one even going as far as to say that it was the most memorable part of her vacation,” he says. “The limousine has received an incredibly warm welcome from our visitors. Besides our guests, the people of Key West turn and watch as it drives through town.”

More information can be found at trumanlittlewhitehouse.com.

WestJet has a plan for a safe return to travel