Into the great wide open with Voyageur Wilderness

Northwestern Ontario’s Voyageur Wilderness can provide novice canoeists curious about this country’s past with a combined paddling/history class.

The company is inviting people to follow in the paddle swirls of those who first explored the area that has since become Quetico Provincial Park, at times doing so by using a lengthy transportation mode favoured by people who were instrumental in the development of what is now Canada, enabling company clients to gain insights into the lifestyles of  those hardy sorts and their living descendants as well.

Voyageur Wilderness — which has a lodge on a secluded five-acre island on Quetico’s Nym Lake and dates back over 60 years — has around 100 canoes for clients, including two Montrealais boats, one 32 feet long and the other of which is 36 feet long and can hold 20 people, recalling the massive canoes used by the voyageurs, the fur traders who paddled and portaged across much of what became Canada, and became famed for their stamina.

Voyageur Wilderness purchased the two Montrealais birchbark replicas back in the 1970s from prominent canoe maker and conservationist Ralph Frese.

“Over the years we have refurbished them several times,” says Michelle Savoie, who runs the company with her husband Dale. “To refurbish them is to learn the skills of canoe building from my father and other Indigenous elders, knowledge passed from one generation to the next.

“Voyageur Wilderness is based on the proud Métis culture, respect for Mother Earth, sharing of knowledge, and the Voyageur canoes and modern ‘tandem’ canoes are an integral part of those  experiences.” 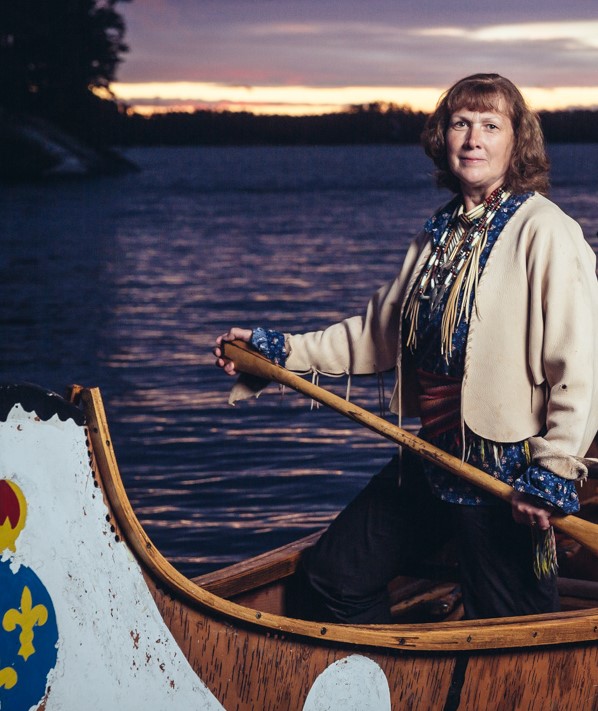 Savoie doesn’t believe the general public realizes how important voyageur canoes were in shaping Canada and her firm wants to raise the  profile of vessels that may be spotted at historical parks and the Canadian Canoe Museum but are for the most part rarely seen now.

People are familiar with tandem recreational canoes but largely unaware of the cultural significance of a transportation method used long before Europeans set foot on this continent, she adds.

Voyageur Wilderness clients wanting to help paddle a voyageur canoe don’t need experience and will be joined by trained company staff on excursions that can range from a day/night outing to multi-day explorations of 2,000-square-mile Quetico — which Savoie reports is “void of modern amenities”  and the name of which is derived from the Ojibway Gwe Taa Maang — that also feature stays at the company’s Voyageur Island Lodge and camping.

Beginners, intermediate and expert paddlers — who can chow down on the likes of bannock, a staple food of the fur traders,  while exploring the park — are welcome on trips.

The company will provide canoeists with needed gear and teach them “the best practices for backcountry canoeing.”

Savoie says that First Nations people have inhabited Quetico for thousands of years and the voyageur and Métis presence there was established centuries ago. 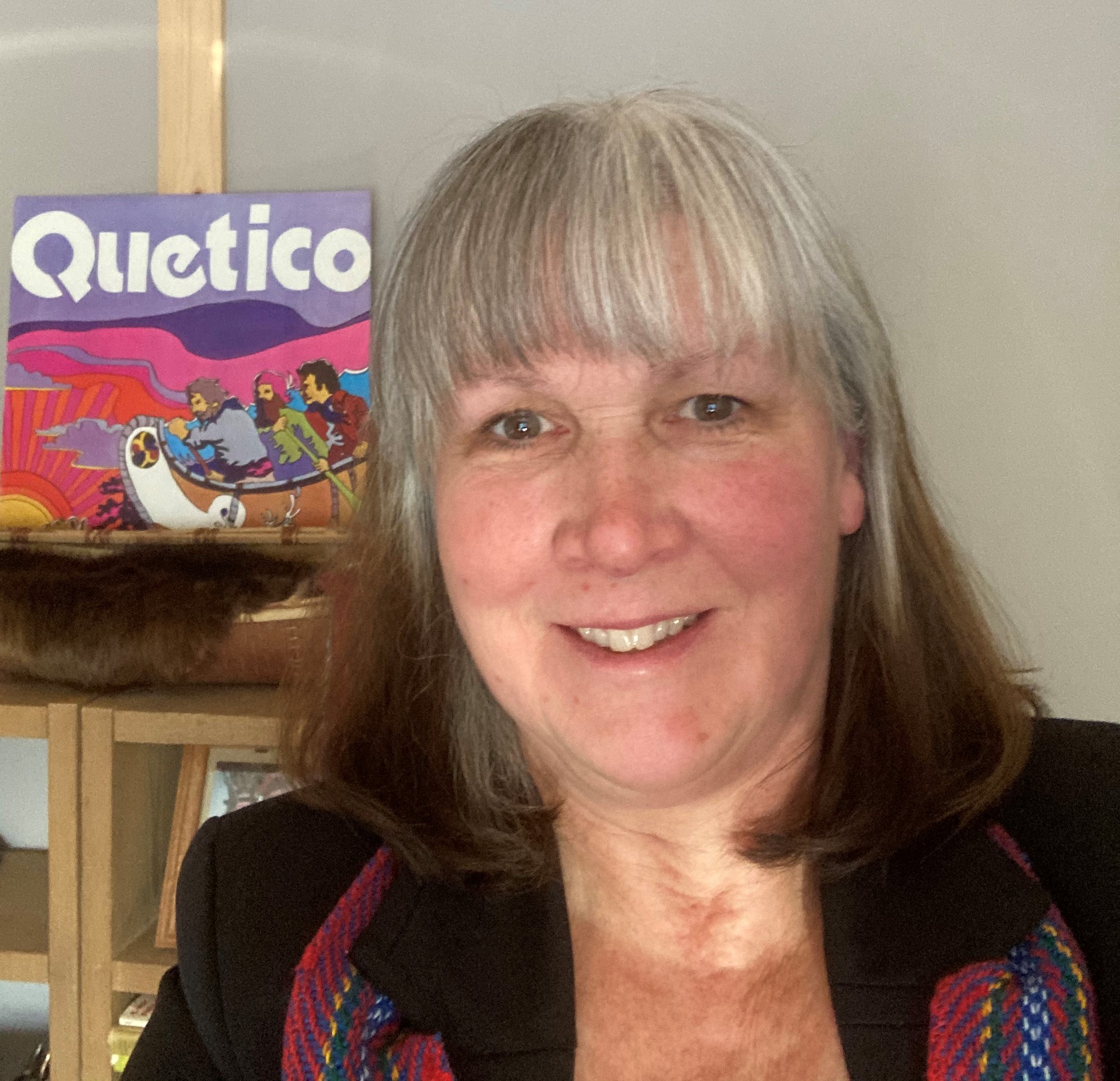 “There are many historical canoe routes, recognized as Canadian Heritage Rivers, that are offered and our clients can retrace,” she reports.

Meanwhile, Savoie says the story behind the canoe features prominently in her company’s philosophy.

“The canoe is more than just a recreational vehicle – it connects us to the Earth, to each other and is part of our living culture,” she says. “We offer voyageur-style canoe and ‘modern tandem’ experiences because it’s a part of who we are. It is about knowing that you’re part of something larger than just yourself. It’s about how all is connected: land, air, water, sun, the Others and the Peoples. It’s about who we are, how we live, work and play in and with nature. If we at Voyageur Wilderness can be a voice or path for others to create their own connections to Mother Earth, to carry that within them, to their families and communities — this is powerful in moving us all forward for future generations.

“Celebrating all Indigenous peoples and their culture is very important. To share the histories, stories and culture are invaluable and to realize that it is not just history or in the past. It’s currently living through Indigenous peoples today who are sharing the knowledge of songs, dances, foods, languages, stories, regalia and way of life. It’s preserving and sharing traditional teachings and knowledge for future generations! Passing it from one generation to the next and inviting visitors to share in that celebration, to create their own connections and those meaningful memories,” she continues, adding Quetico is located in the traditional territory of the Anishanabe, Lac La Croix and Sturgeon Lake First Nations

“At Voyageur Wilderness we love to share the joie-de-vie spirit, our traditions and our connections to nature and each other. We love  what we do and to welcome ‘Taanishi’ visitors to our home.”

More information can be found at vwp.ca.

Viewing the Matterhorn is a high-light of visiting Zermatt