Insights into the future of travel from ACTA & TIAC

ACTA president Wendy Paradis says the light at the end of the tunnel is shining much more noticeably these days for travel agents who have had to endure a punishing 14 months and counting.

But ACTA’s top official is also advising that the travel industry will be contending with the fallout from the coronavirus pandemic for some time yet.

Paradis told Baxter Media’s May 27 Travel Agent Appreciation event that recent months have seen welcome developments for tourism, principally the rollout of vaccines in this country and elsewhere.

“The future is looking bright,” she told those watching the virtual event.

Paradis noted some countries have decided to begin welcoming tourists who have been vaccinated without first insisting that they quarantine upon arrival.

She also said many Canadians are now eager to resume travel after having been unable to explore the world during the past year.

But Paradis stated there are still “months and months of challenges” confronting the tourism industry, among them the federal government’s decision to bar cruise ships from Canadian waters through this year at least.

After US President Joe Biden signed the Alaska Tourism Restoration Act into law, which allows cruise ships to visit Alaska without having to stop in Canadian waters, she warned attendees the impact would be economically damaging to B.C. ports that traditionally host those vessels. Another concern is that the move to exclude Canadian ports could become permanent.

Cruises are an “extremely important sales segment for many travel agents,” she continued, pointing out that Canadian travel agents that in normal years place clients on cruise ships that sail from Vancouver would suffer financially as well.

ACTA is using the internet to take its case to officials, detailing its wish list for agencies at: acta.ca/acta-advocacy-campaign.

“We need every travel agent and agency to get involved,” Paradis said. 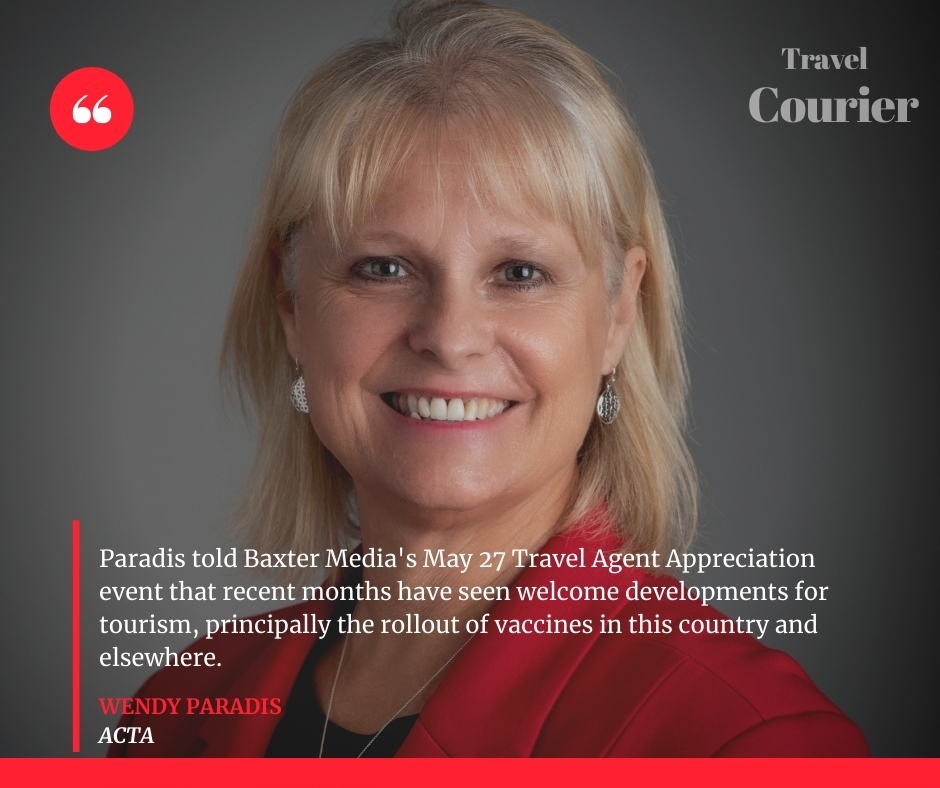 Meanwhile, TIAC president Beth Potter called on viewers to help this country’s travel trade get back on its feet.

“Tourism was the first (industry) hit (by the pandemic), the hardest hit and will be the last to recover,” she warned. “You and your clients can play a huge role (in a recovery)… by continuing to focus on domestic travel.”

Potter said tourism firms are in “dire need” of more support from Ottawa.

She said many tourism firms are “going above and beyond” when it comes to ensuring their clients will be safe.

Potter also said safety protocols imposed by the different provincial and territorial governments must be in sync when international travel restarts, adding Canada can’t have foreign visitors having to “adhere to 13 different protocols.”

Tourism officials have been calling on Ottawa to look for alternatives to quarantining those arriving in the country, with Potter telling Travel Agent Appreciation that “quarantine and travel are not good partners.” 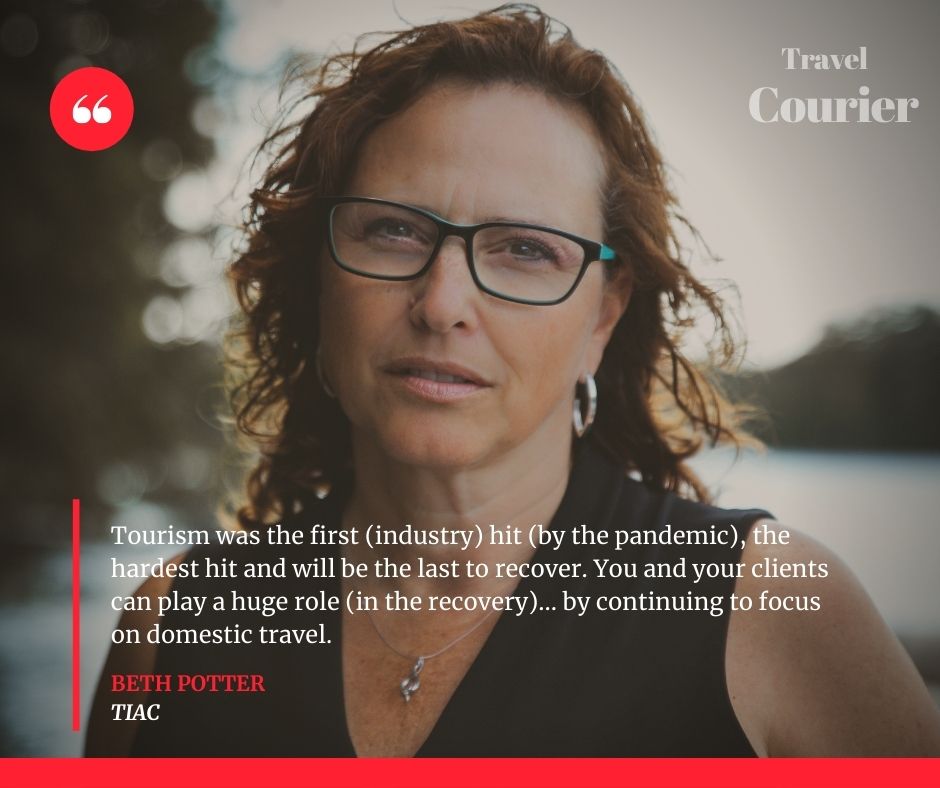 In some positive news, exhibitor Celebrity Cruises was pleased to highlight some details on the cruise line’s return to service, having approval to sail from Fort Lauderdale, Florida as of June 26 on Celebrity Edge.

“The news is the return to sailing for Edge on June 26th from Florida will be open to Canadians (not just American guests),” said Chad Kowalenko Market Sales Manager, Celebrity Cruises.

Maxine Gundermann, Market Sales Manager, Celebrity Cruises noted they’ve also announced Millennium out of St. Maarten, which starts June 5, Apex out of Athens June 19, Silhouette out of Southampton July 3, Flora in Galapagos July and are set to resume Alaska from Seattle in July.

Travel Agent Appreciation drew viewers across the country, among them Anderson Vacations’ Darcie Guarderas, who welcomed the opportunity to be in touch with travel industry colleagues.

“It was great to reconnect with so many amazing agents today,” she said after the event ended.  “It warms my heart to see that so many consultants are back at their desks, ready to take on the world once again. Many have inquired about the amazing packages offered by Anderson Vacations, and are prepared to offer Canada to their clients. We can see the light and it is very exciting! Thank you Baxter Media!”

“I just want to thank you for such a great event,” she said. “I have done so many of these, but connecting with the exhibitors is always a struggle. You guys had it set up perfectly, I was able to connect with so many suppliers and friends. I’m on the WestJet Advisory Board and I haven’t been able to connect with Jane Clementino since she left, so it was great to check-in with her. And the length of time was perfect!

“Anyway, thank you again for a job well done!”

USVI chart a course for the future

Agents share the secrets to strong sales during the pandemic