India’s Himalayan jurisdiction of Ladakh is full of wonder

Members of India’s national hockey team may have reached greater heights than Wayne Gretzky, Mario Lemieux and Bobby Orr in a literal sense.

A recent webinar hosted by the Indian consulate in Toronto highlighting lesser known regions of India that are seeking tourists reported that India’s Himalayan jurisdiction of Ladakh is home to the highest hockey rink in the world and all the players on India’s national hockey team are from Ladakh, where most of the population lives between the altitudes of 2,700 and 4,500 meters.

Sonam Chosjor of the Tourism Development Authority of Leh (the capital of Ladakh) said Ladakh traditionally has seen tourists arrive in the summer, where they opt for such activities as rafting, mountain biking and trekking. Those visiting Hemis National Park may spot elusive snow leopards. But he added that more visitors are now arriving during winter, with Ladakh having a winter Ice Climbing Festival.

Leh’s imposing Leh Palace dates back to the 16th century and the nine-story structure doesn’t contain any steel or cement, having been built entirely with local materials.

Northeastern India’s Manipur hasn’t made major inroads when it comes to attracting tourists but tourism secretary Devesh Deval said he believes it has potential to do so, citing the likes of numerous cultures, thanks to it’s being home to 34 recognized tribes. The “very green” area can provide a “getaway from the bustling city,” he continued of his part of “unexplored India.”

Deval also said those visiting Manipur can easily continue on to Southeast Asia, broadening their vacation.

Deval also noted Manipur is home to Loktak Lake, which in turn has the “only floating national park in the world.” The park is home to deer some call the “dancing deer” because of the movements it makes on its unusual terrain. 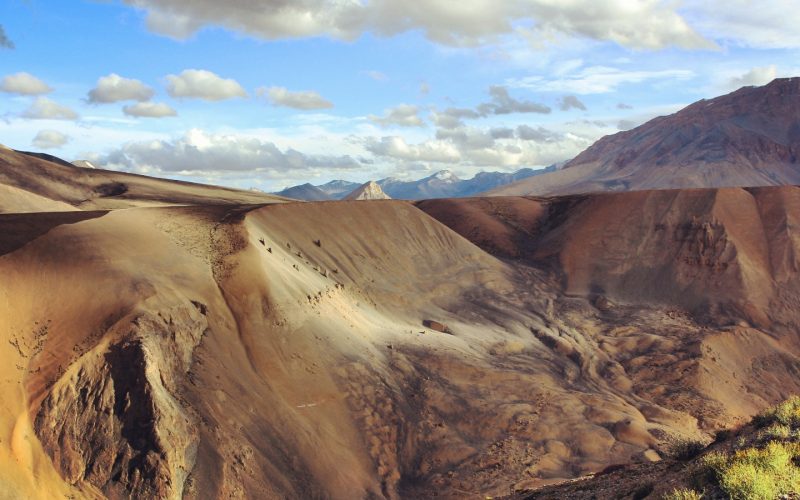 History buffs will be able to appreciate reminders of the Battle of Imphal, a World War II showdown during which some 70,000 troops were killed. A cemetery and the Peace Museum help tell of that bloody episode.

The webinar was also told by Komar Pushkar, director of tourism for the southern Indian jurisdiction of Karnataka, that those visiting India won’t run out of interesting places to visit.

“India is a beautiful country with a lot of diversity,” he said. “We have beautiful places across the country and there are a lot of places to explore.”

Karnataka says it provides “one state, many worlds,” with Pushkar reporting that it has three UNESCO World Heritage Sites, and 320 kms of coast, which can be appreciated by beach enthusiasts.

Outdoor activities can include whitewater rafting.

Sonia Meena of central India’s Madhya Pradesh said that jurisdiction is a “microcosm” of all that India offers visitors in terms of architecture, nature and culture.

Meena said wildlife enthusiasts will be certain to appreciate the “Tiger State of India,” which has 11 national parks and six tiger reserves, which are the best tiger reserves “in the whole world.”

Bandhavgarh National Park has the “highest density of tigers in India,” she continued. White tigers are found among the large cats.

Nature enthusiasts are invited to stay in what Meena labelled eco-friendly properties. Meena also added that prehistoric cave paintings can be found in Madhya Pradesh, some dating back 30,000 years.

One part of Madhya Pradesh was the inspiration for Rudyard Kipling’s The Jungle Book, she added.